The Soviet Summer offensive starts with a massive air blitz.  Attacks are then launched in the Lithuania, Rumania and Finland. 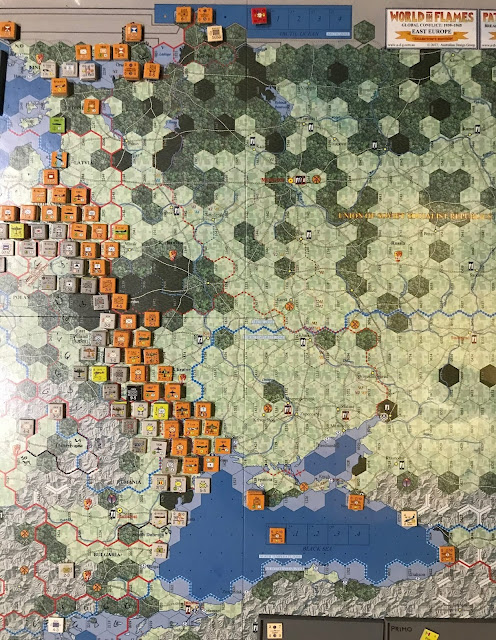 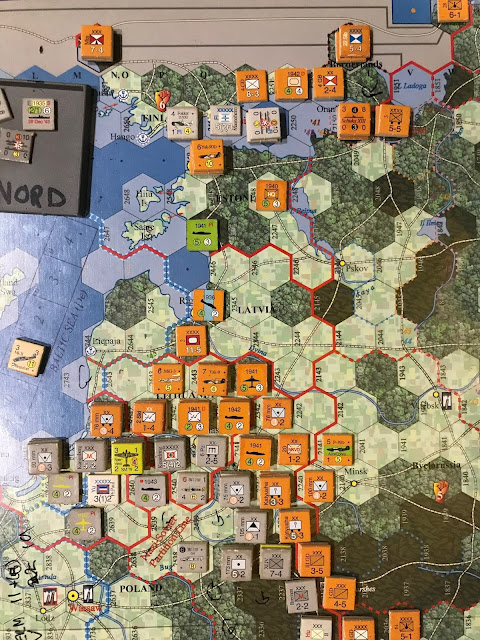 Finland and the Northern Front - Finland will fall next impulse unless reinforced. 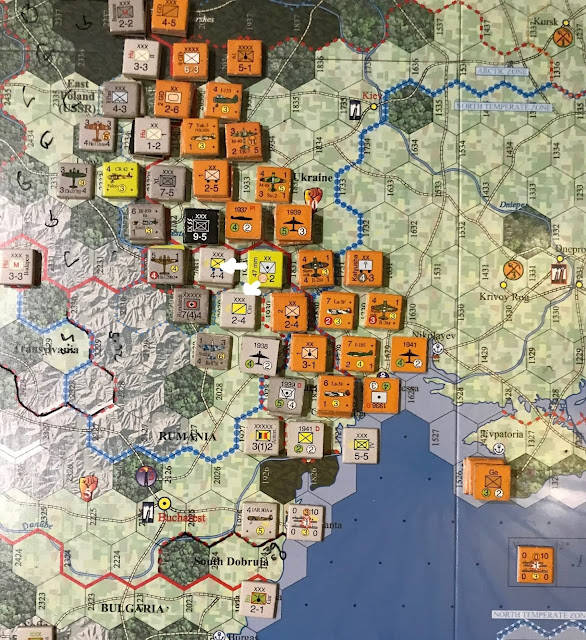 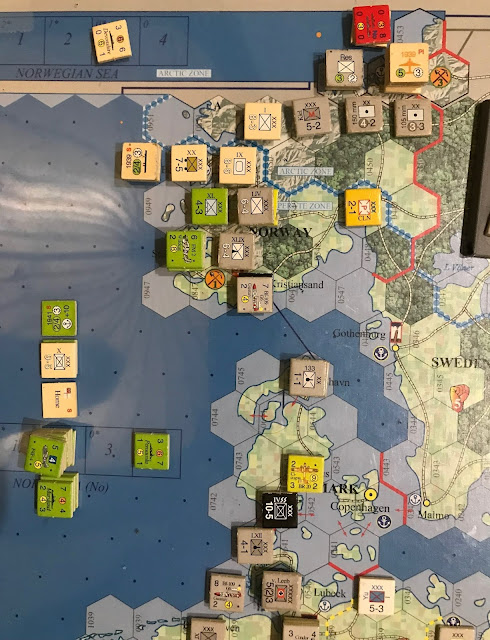 Norway is reinforced with Allied ARM and Mech 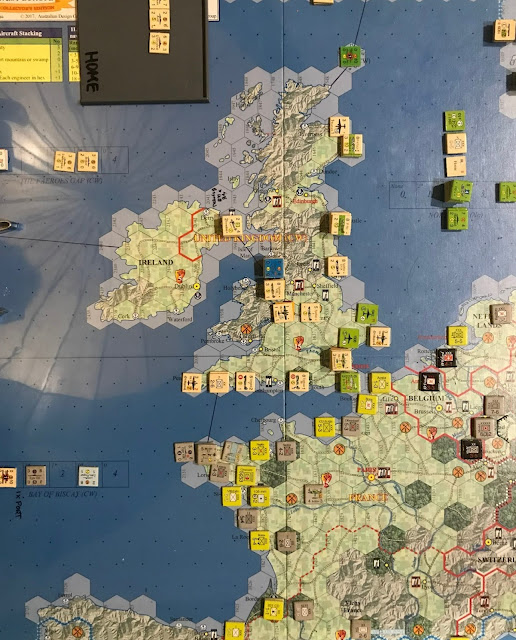 The Western Front - all quiet 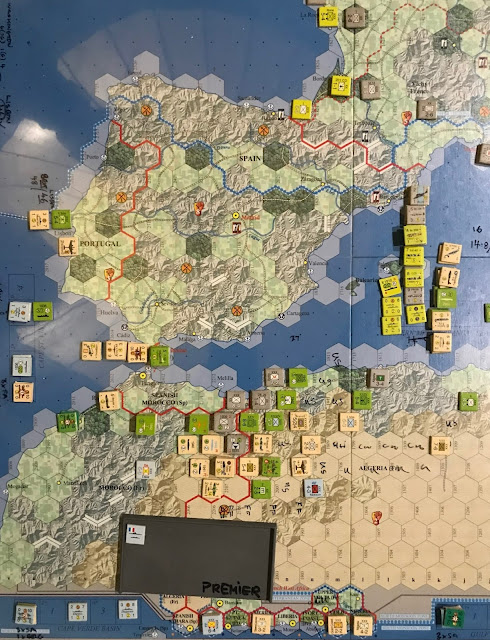 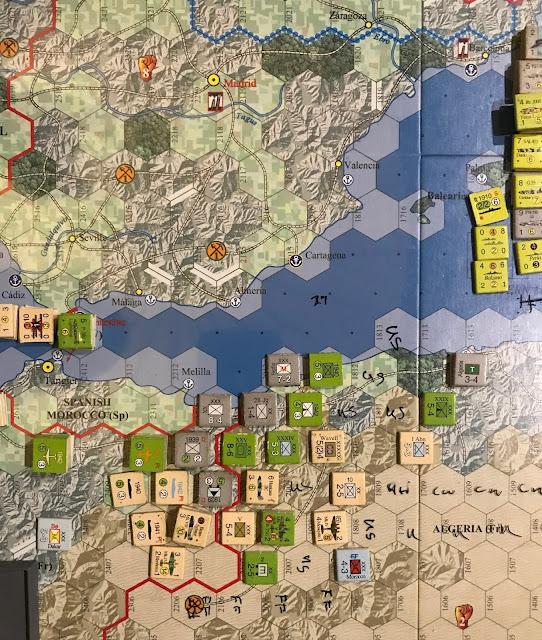 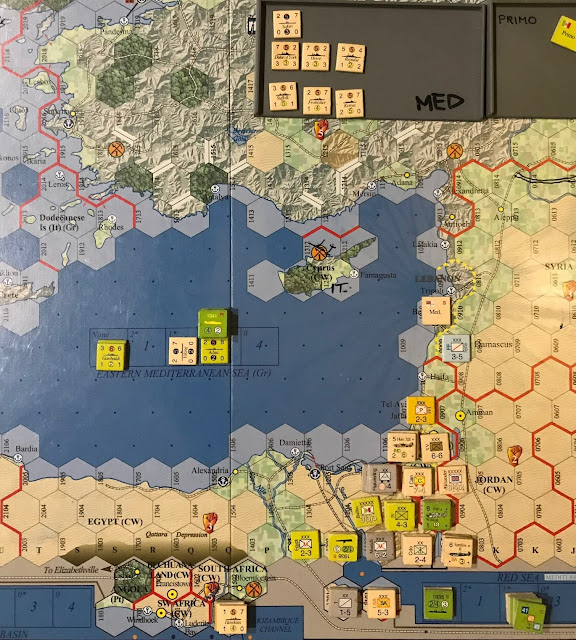 W Med - sensing movement here - just need to find that conv any roll 4 or less will do! 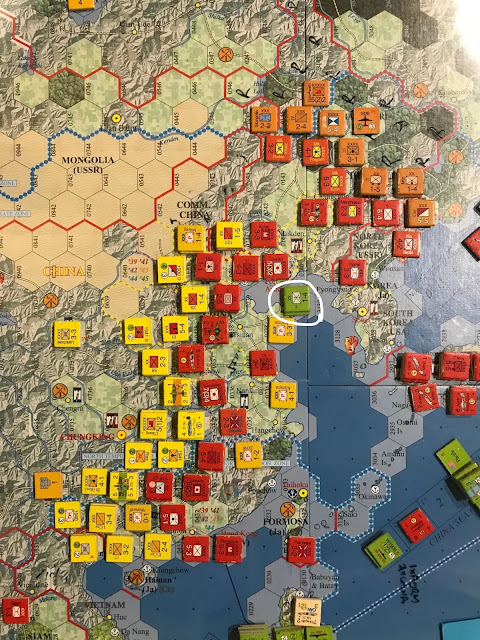 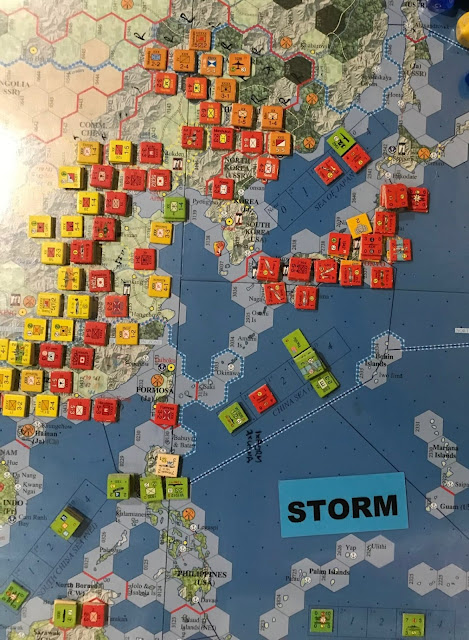 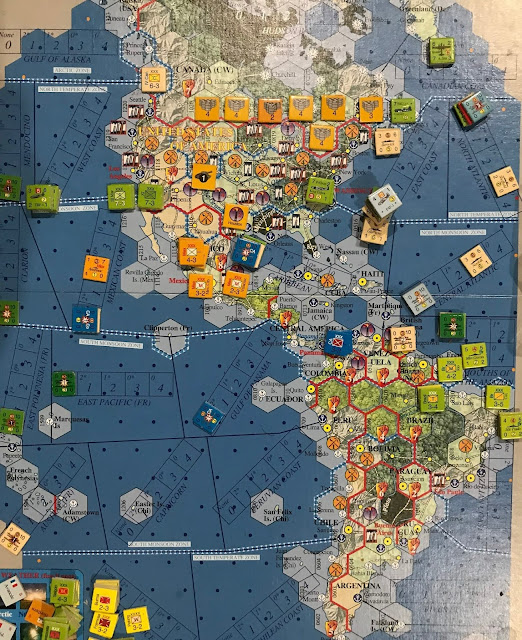 All the way USA 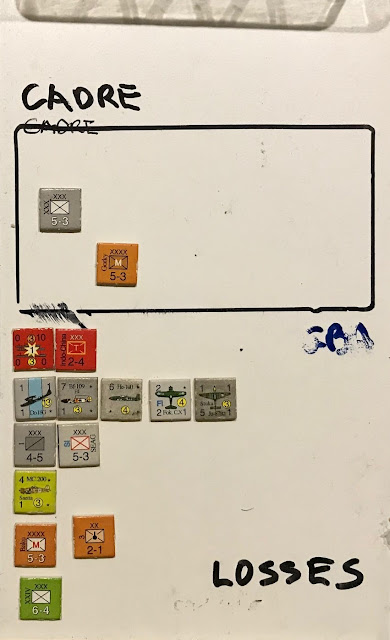 Heavy losses in the air for the Axis - but all the pilots safely bailed.
Posted by Sun of York at 5:41 PM