At the Club's August Games Day Mark Woods organized a multiplayer game of Basic Impetus using his fabulous 6mm collection.  I went Roman with John while Mark and Des faced us as the Macedonian commanders.  How would pilum go against pike? 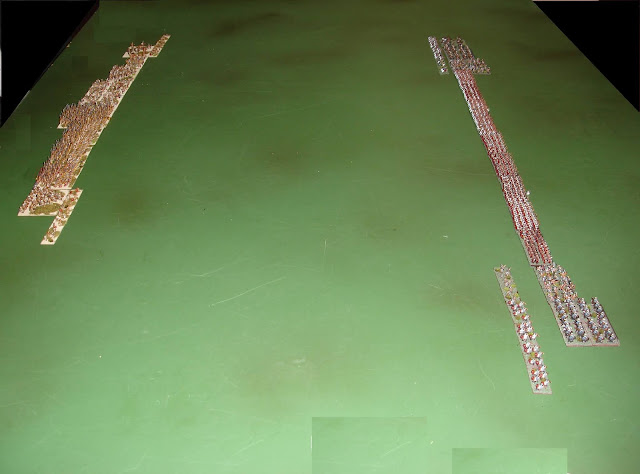 The dense formation of the pike blocks on the left,
is at risk of double envelopment by the long line of Romans on the right. 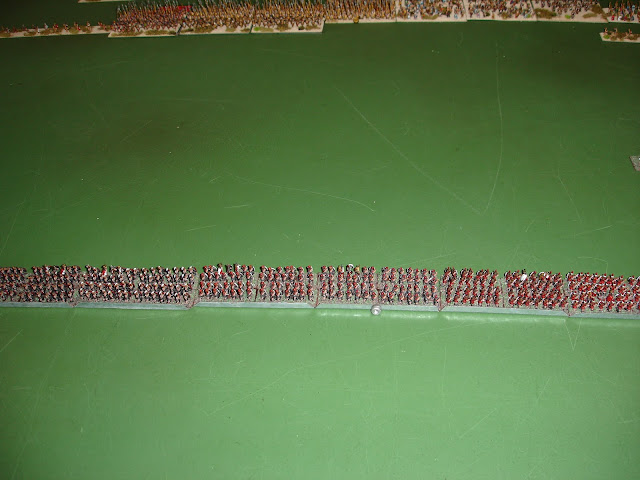 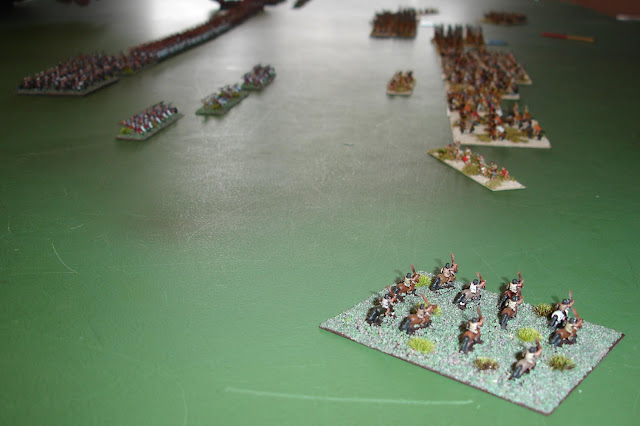 The Roman right starts to work around the Macedonian left. 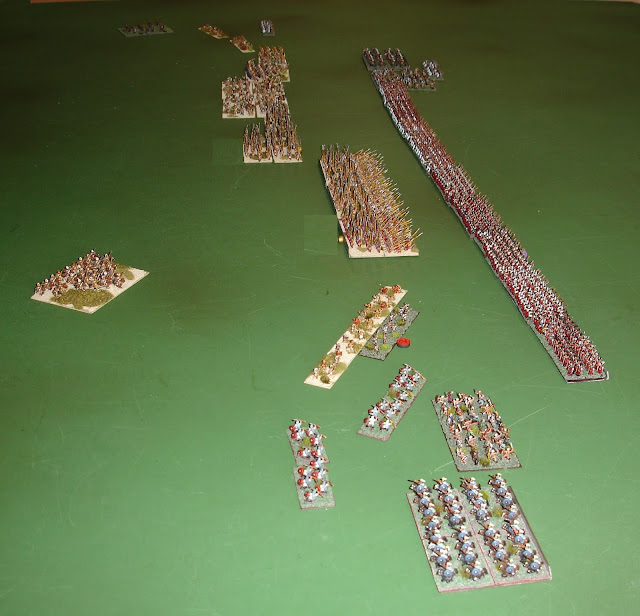 While the Roman left does the same to the Macedonian right. 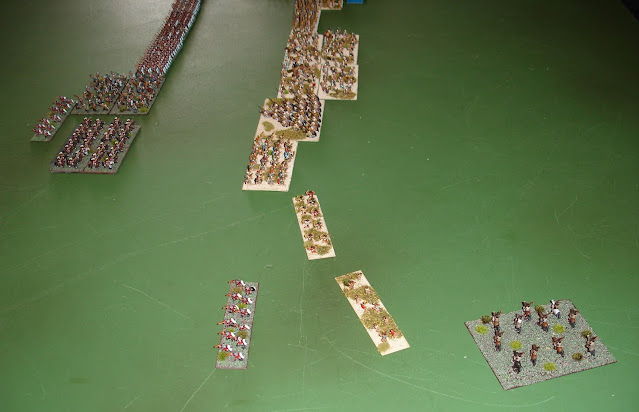 The Roman right looks like it has got the Macedonians snookered

The Roman left wing is charged by the Macedonians,
but holds position after delivering a few well aimed pilums.
But the Roman attack on the right evaporated in a  bit of mutually assured destruction
(A D6 will do that to you)
The envelopment of the Macedonian right is also in trouble or rather seriously delayed,
due to the steadfastness of some Macedonian skirmishers. 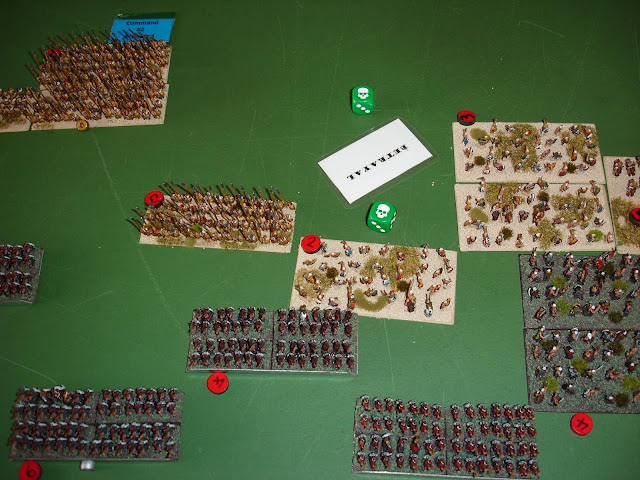 The Roman right wing is now heavily engaged.
It tries to turn an adverse outcome into a victory by using Betrayal to force a reroll.
The Macedonians pass their Cohesion Test again on the second roll.
The Betrayal card now goes to them.
Whoops!

The big and bloody picture.
Any where a red dot appears means a unit has taken casualties.
Blanks spaces mean units have routed 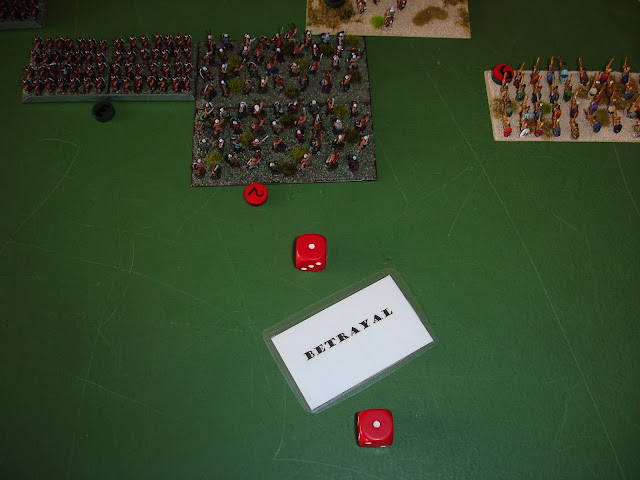 The dice Gods have a good laugh,
proving the Macedonians are no more able to pull off a Betrayal than the Romans. 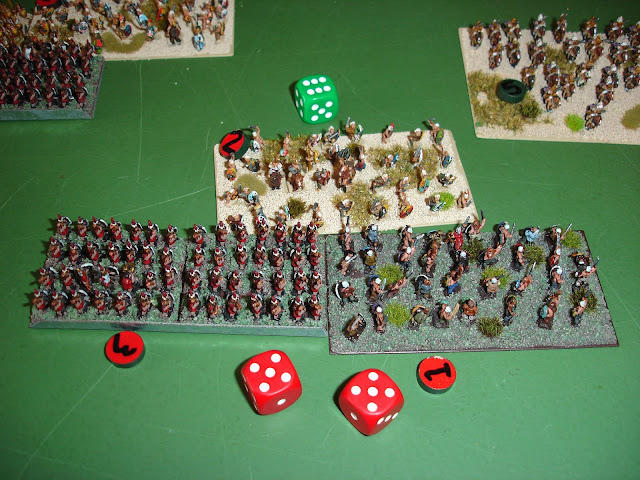 A combat with few dice can still produce a hit,
and a hit forces a cohesion test
and if the unit is already disordered with only one strength point left,
any hit will rout the unit.

Game over.
The Macedonians were still kicking butt,
but their morale collapsed
and they fled the table, eh field