A bit of a challenge to get the uniform details right and while they are supposed to be for the 1813 campaign, I think the figures are more representative of early times, possibly even mixing items from 1802, 1807 and 1811.  Still, I am happy how they have turned out. 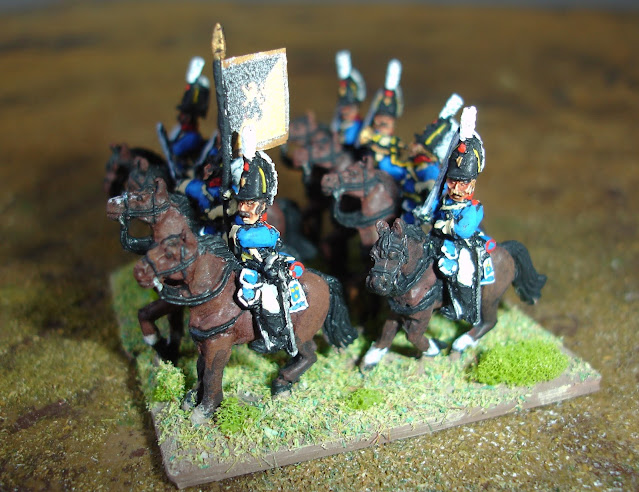 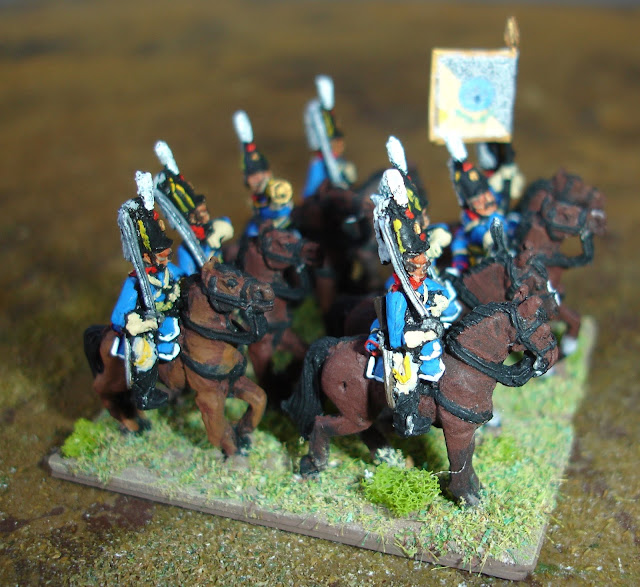 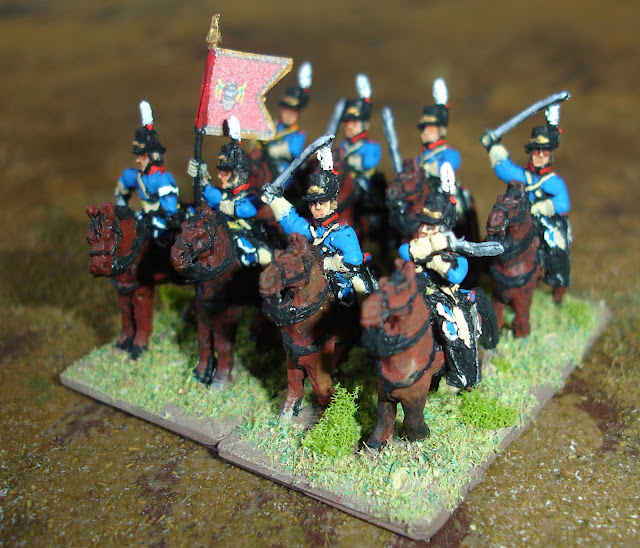 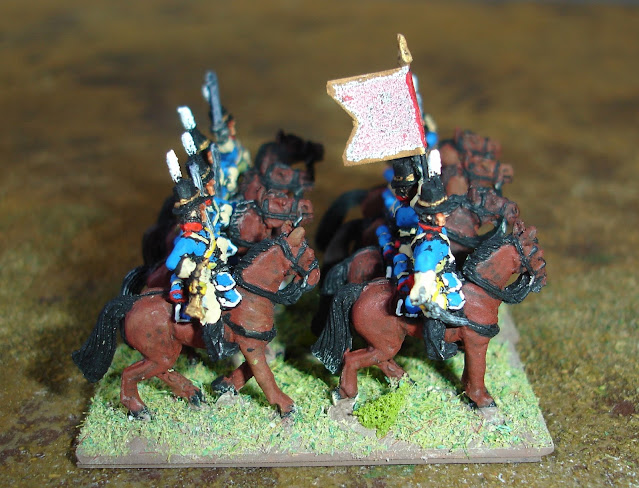 Something weird happened to the printed flag when I lightly varnished the figures.  It shows up worse in the photo than it does to the naked eye so I'll just live with it.  I've been printing flags and using the same varnish for a good while now and never noticed such an effect occurring before.  Odd.

I love the trooper's look of outrage as the officer waves his sword around.
The one pack of Old Glory Swedish cavalry provides both uniforms and so it is a bit of a challenge if you want consistency.  Thankfully that does't matter for me as the unit represents a brigade. 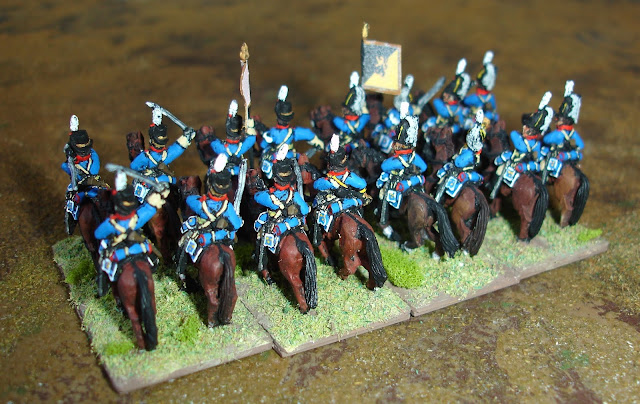 There is also an outraged trooper unhappy with a trumpet being blown in his ear.