Red Eagle Whites Star - At the Gates of Warsaw

EDIT: The title of the game is Red Star White Eagle.

Richard did warn me that this scenario favours the Poles. 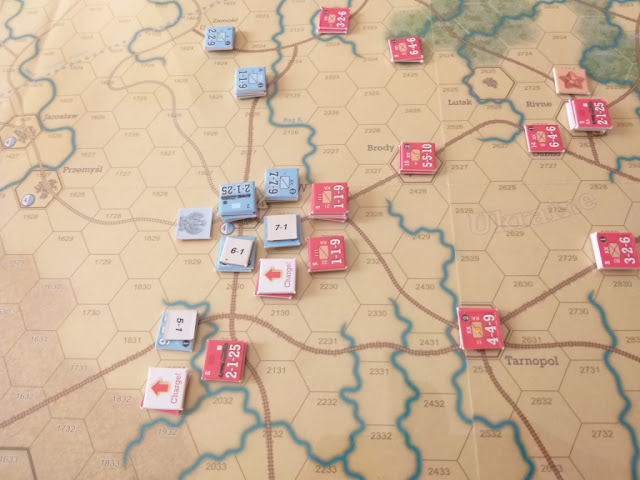 The Soviet West Front was getting mauled,
but an offensive was launched by the South West Front.
It even looked promising. 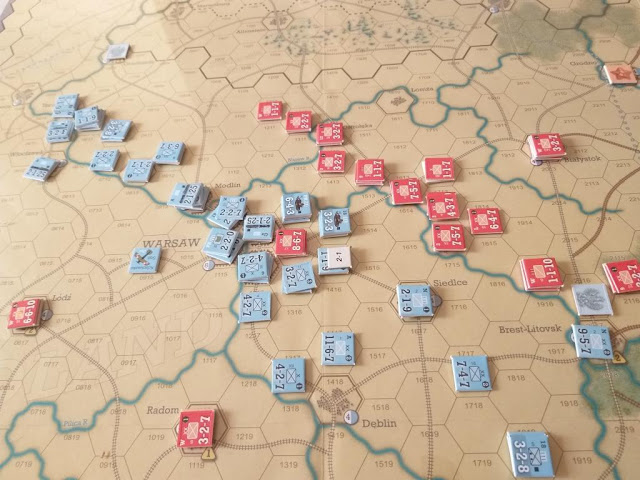 Second Soviet turn.
The West Front is rapidly pulling back,
some trapped units are trying to breakout
(bad move as a retreat result meant they were annihilated).
More interesting, two units have broken through and will hopefully tie up lots of Polish units. 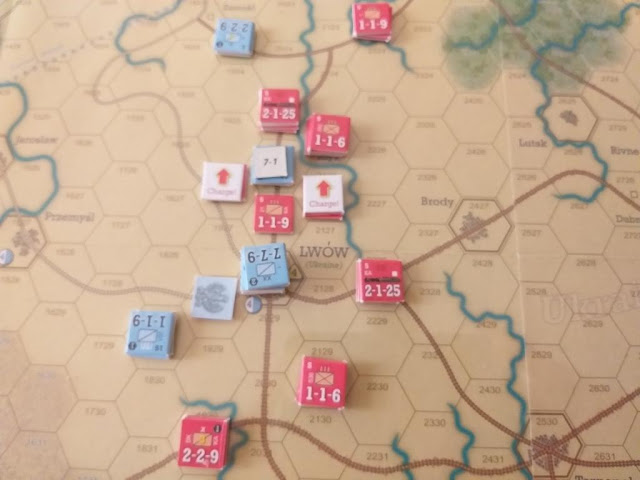 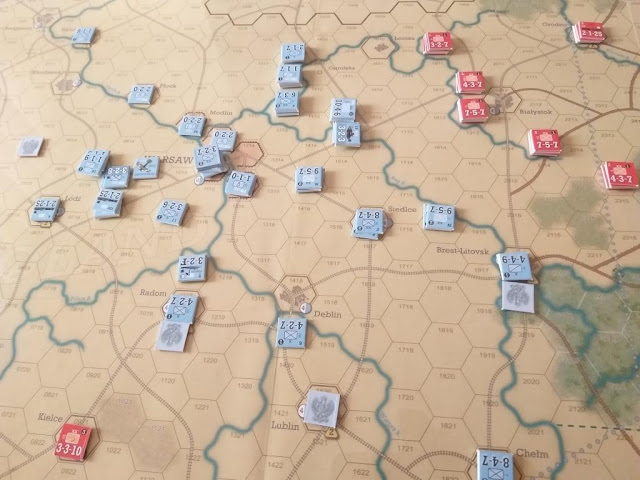 The rapid retreat of the West Front continues.
Gaps are bad, but stacking units is the only way to form a defensible stack (or so I thought). 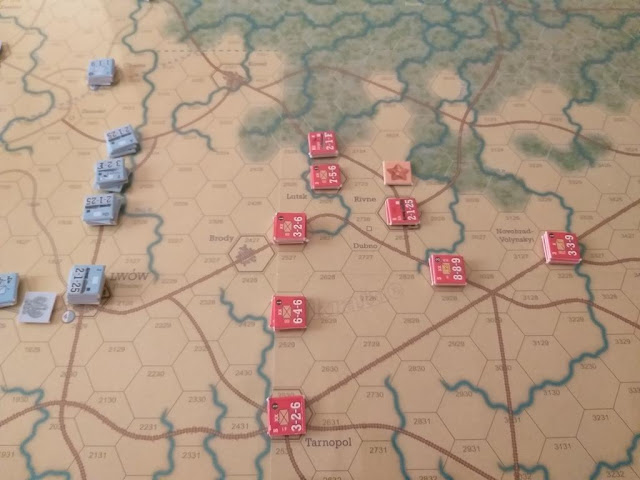 The South West offensive rapidly fell back after its lead units were wiped out
in a spirited Polish counterattack
(only at 4 to 1, but the CRT can be very fickle), 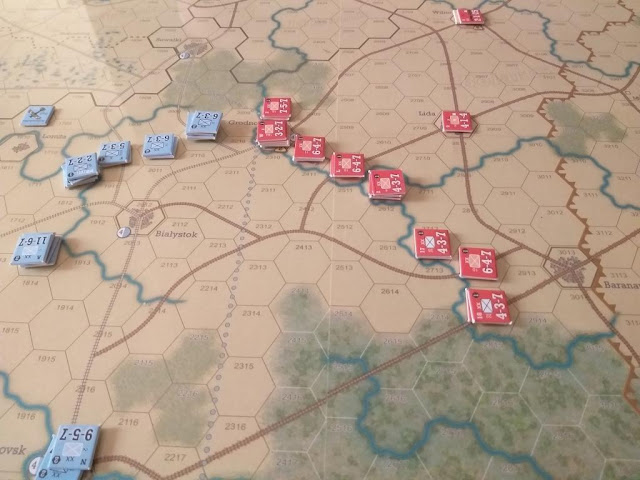 Will the West Front be able to hold?
The river line and the cities are not very significant defensive positions.
They give a -1 DRM and so heighten the risk of a poor outcome,
unless the attacker has the defender surrounded,
as a 1 at 5 to 1 or better always produces a retreat. 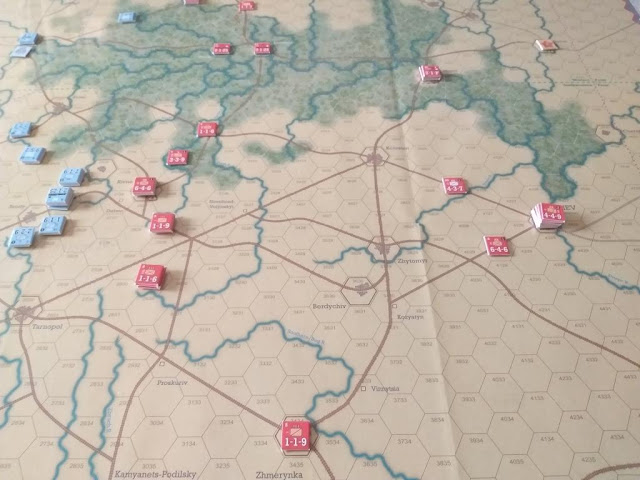 The Soviets have mandatory withdrawals from the South West Front at this time.
Just what they needed!
NOT!!! 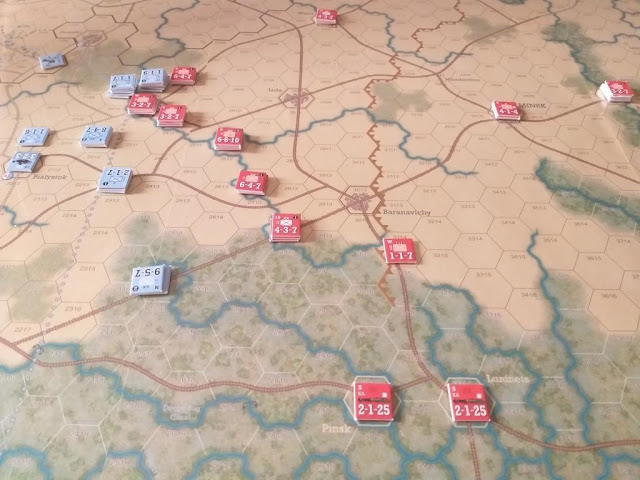 The Poles start to break the West Front. 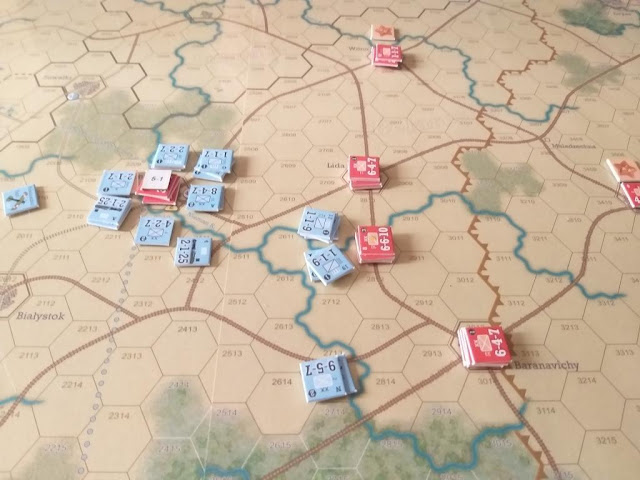 The West Front has collapsed. 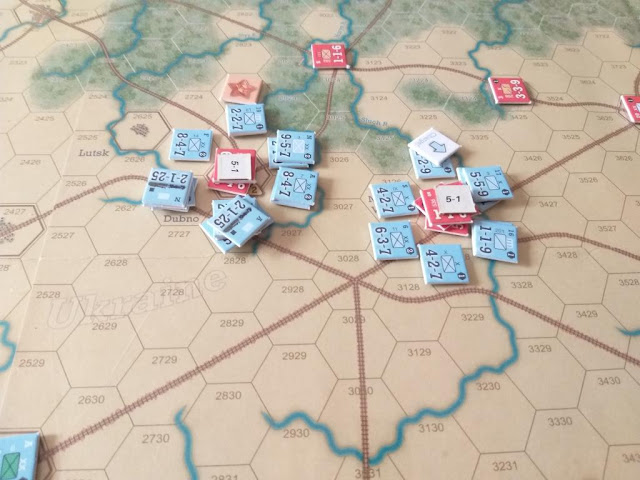 Followed by the South West Front.
At this stage of the game I was just trying to defend the VP locations.
They can be easily surrounded and a 5 to 1 attack will produce at least a retreat and that is fatal.
The alternative would have been to keep on retreating,
although the Soviets were getting out run.