This was a repeat of the January game, but with the revised Prussian OOB.  This time James from the ANF joined us as the French commander while Stephen took command of the Prussians.  My aim was to umpire, but I ended up taking responsibility for the Prussian Second Division, so I was a playing umpire and as the action intensified the photos sadly ceased,

Luckily James has provided a fabulous AAR in this post on the ANF blog.  Thanks James! 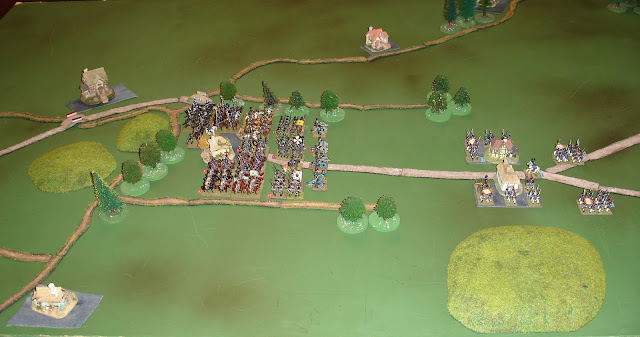 Set up.  Unfortunately I forgot to put on the Prussian Second Division.
I had put too much effort into getting Blucher to fit in his allotted space
that I clear forgot there were yet more Prussians to put on. 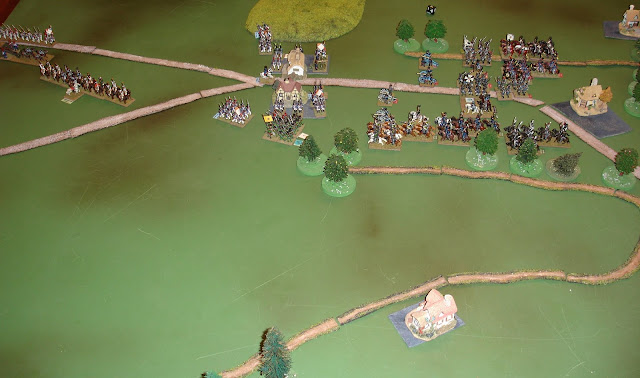 Blucher is starting to try and out flank, rushing his fusiliers forward.
The Prussian Third Division is moving across the brook on the Prussian right.
Meanwhile Davout has brought up his cavalry and Friant's Division. 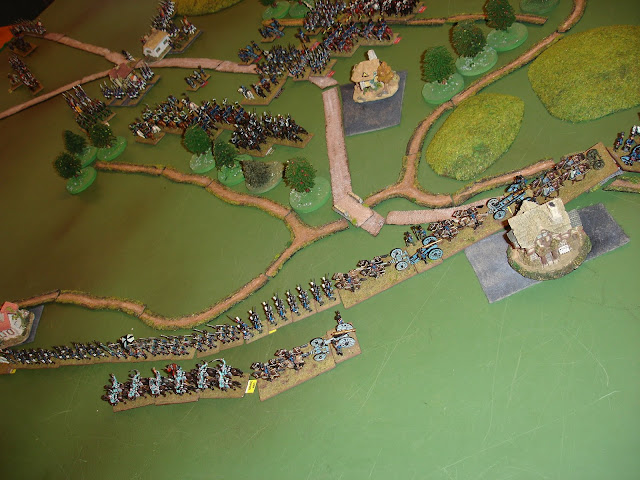 Around this time I realised the Prussian Second Division was missing.
A few calculations and I decided to try them out with a flank march on the left.
Units in march column take up a lot of space (as it should be).
The benefit is they stay in command. 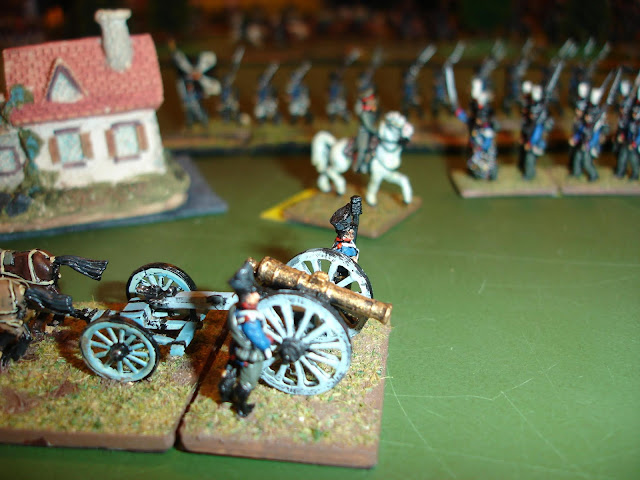 There is Wartensleben directing his troops to use the sneaky sideways move to cross the brook.
(The brooks are just strips of rough ground, fordable, and so the sensible thing to do is march parallel, and then move sideways across.  It still takes time, but is much more efficient.  The thing to remember is that these are brigade formations and so for individual components to face right, cross and then reform would be no big deal, within a turn representing 30 minutes).

Even having successfully crossed, it is still taking time for the Prussians to deploy on their left.
Blucher has been busy but without success.
On their right, top middle of the image, the Prussian third division is slowly advancing.
The Prussian first division has now arrived and their Reserve Corps has also entered. 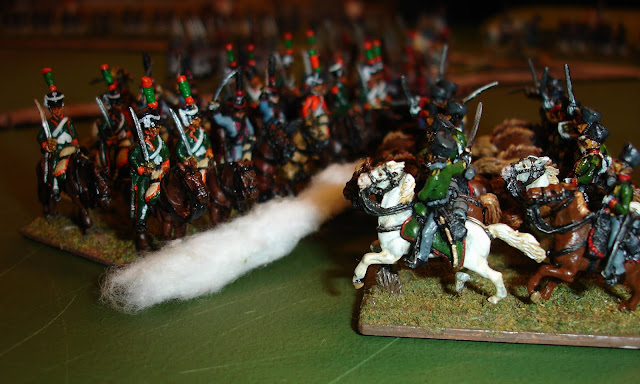 Another exciting, but inconclusive cavalry charge. 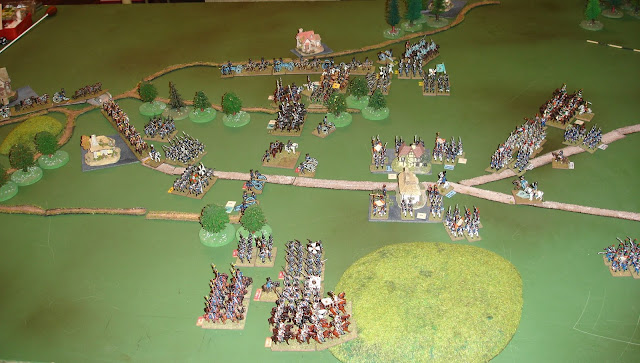 This was the situation as we broke for lunch.
The French have successfully deployed.
The Prussians are just about in position to launch simultaneous attacks.

And that is what happened.  However all the Prussian attacks met with disaster.  In part this was because the Prussians failed to produce any combined arms attacks, attacked in column rather than line and their artillery fire had failed to achieve any ascendency over the French defenders of Hassenhausen.

At about the halfway point in the game, the Prussians were halfway to their break point, but the lost units were still all able to be rallied.  Unfortunately we had run out of time.

I'm tempted to look at the deployment options and stage the game at my place as the battle certainly does provide an exciting scenario.
Posted by Sun of York at 10:00 AM