On Monday Richard and I completed the GMT boardgame Holland'44.  It went right down to the wire, but ended with an historical German victory (based on losses sustained by the Allies). 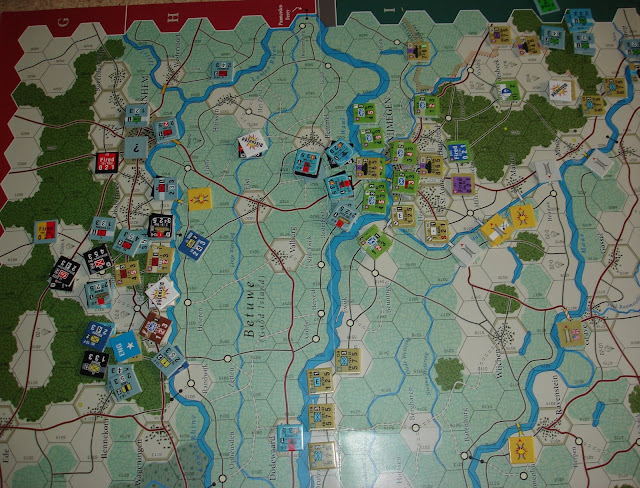 The morning started out cloudy.
The troops hang on in Arnhem,
as the relief force battles across the bridge at Nijmegen. 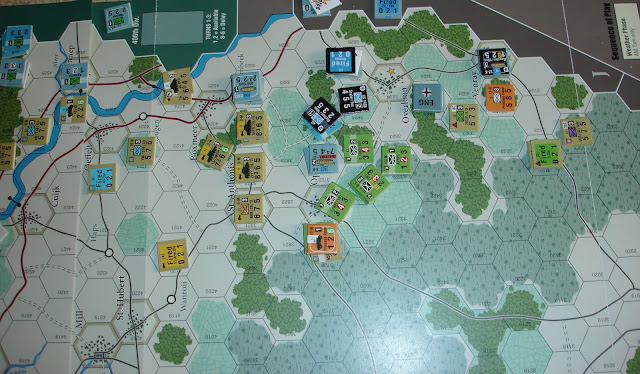 The eastern flank is making progress,
pushing the Germans back. 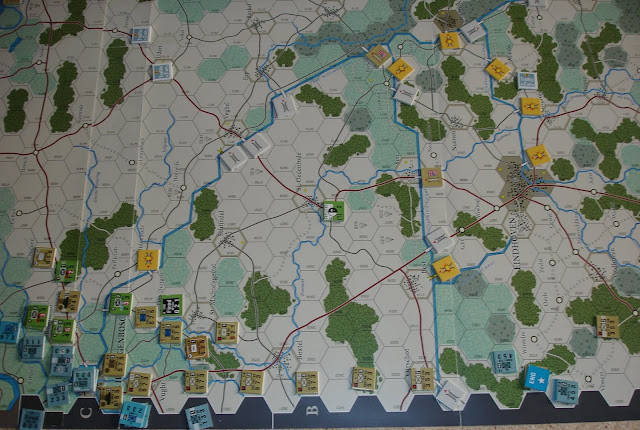 The same is happening on the western flank. 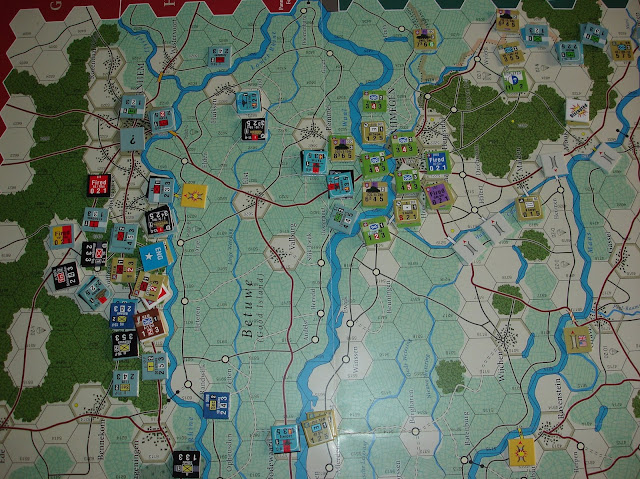 The afternoon had clear skies.
Further progress is made on breaking out from Nijmegen. 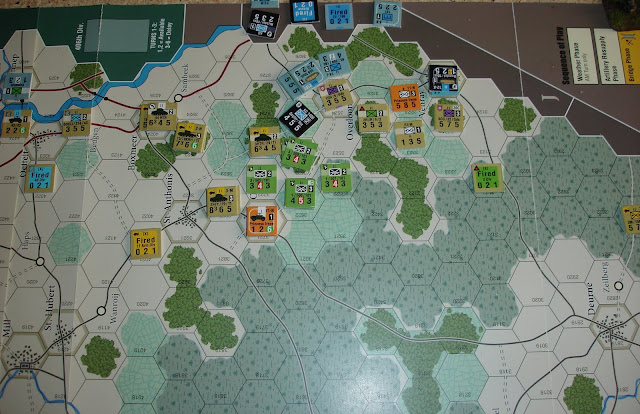 A victory town is captured, however we need many more before we can claim victory. 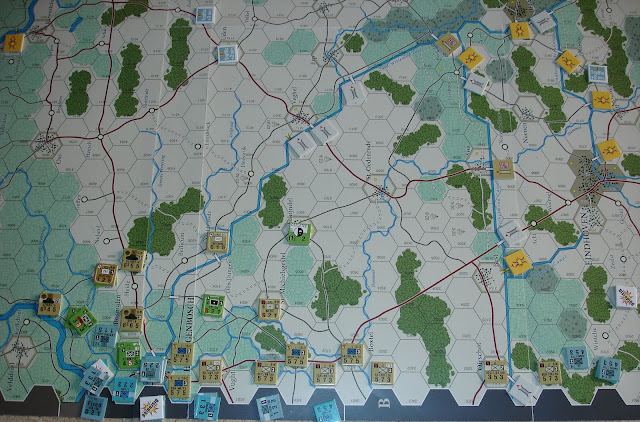 There is another victory city on this flank,
but this fighting on the map edge sucks. 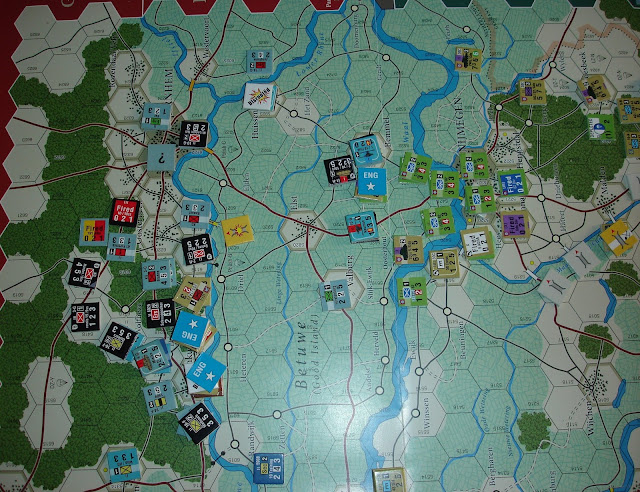 Night and the British/Polish paratroopers have shrunk to just three hexes.
But relief is on its way!
Trust me. 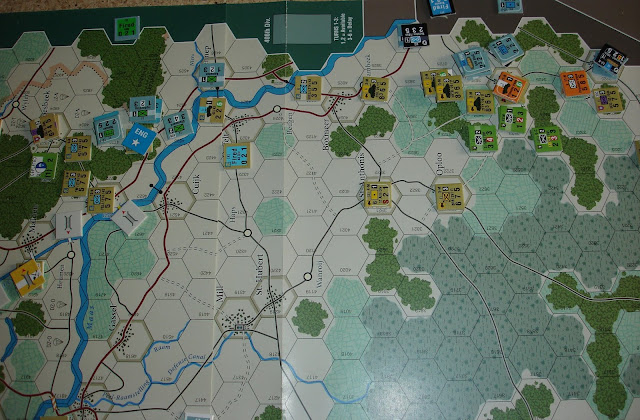 This flank looks well contained.
The Germans keep attacking in the hope of inflicting losses. 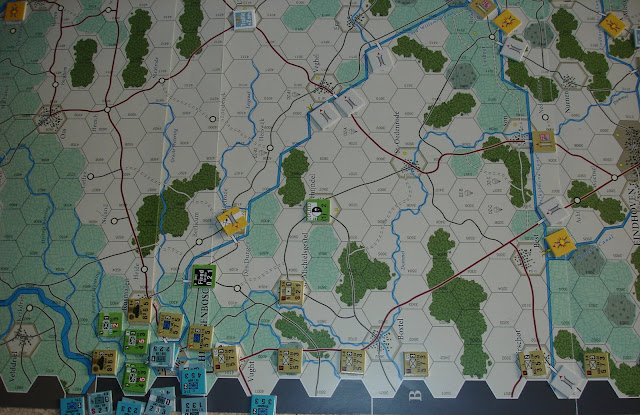 The same can be said for this flank. 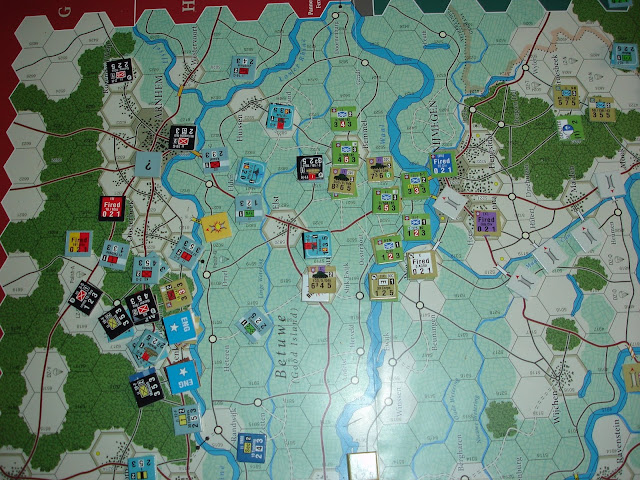 The final day is overcast.
Not good.
Things were going well,
but with bad weather we lose a bit of our advantage. 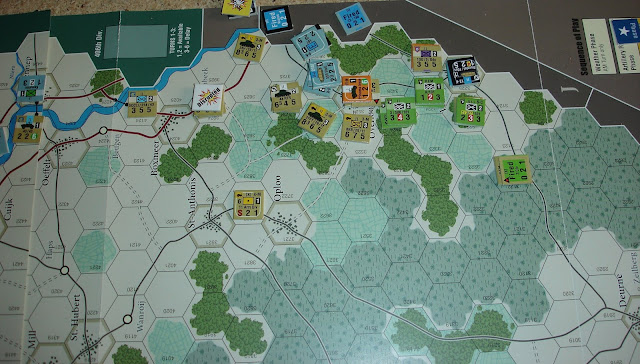 We are getting ready to attack the final victory town on this flank. 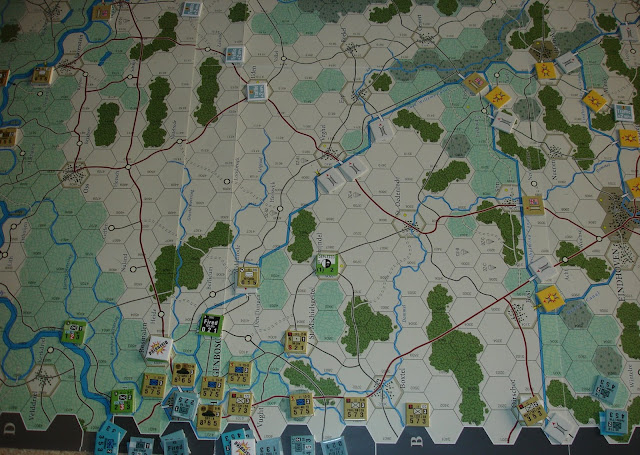 Again, the same applies on this flank. 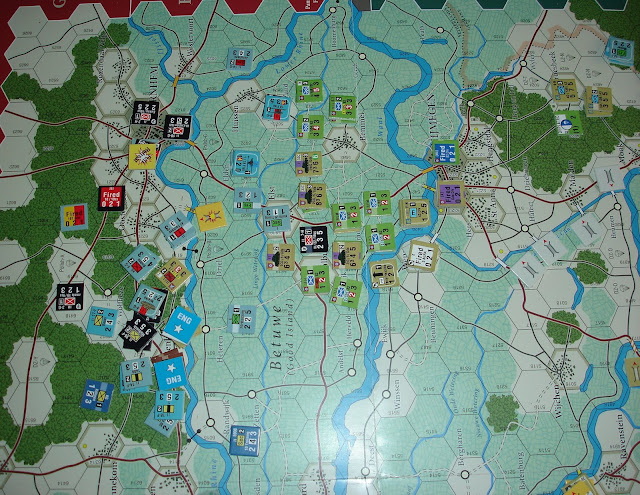 The force in Arnhem still holds
and the breakthrough has progressed well, but... 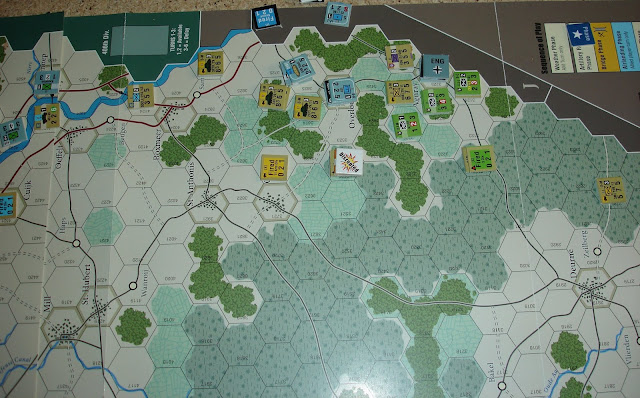 The Germans have taken a victory point location.
The Allied attack on the other one failed.
Losses are unacceptable. 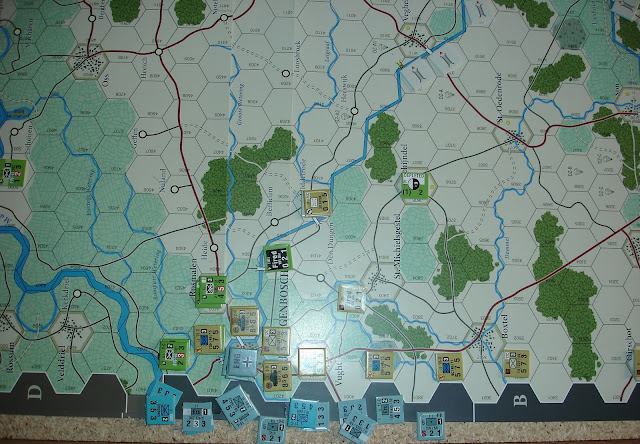 The continued German counterattacks have paid off and passed the magic threshold which has enabled them to claim victory. There was one turn left.

Intense game.  The basic mechanics are simple, but there are a variety of exceptions and variations that mean you need to watch carefully.

Should I give it a go solo on Vassal?
Posted by Sun of York at 8:51 PM