The cut down Auerstadt scenario again, but with a revised Prussian OOB.  Dave took on the role of Brunswick while I went Davout. 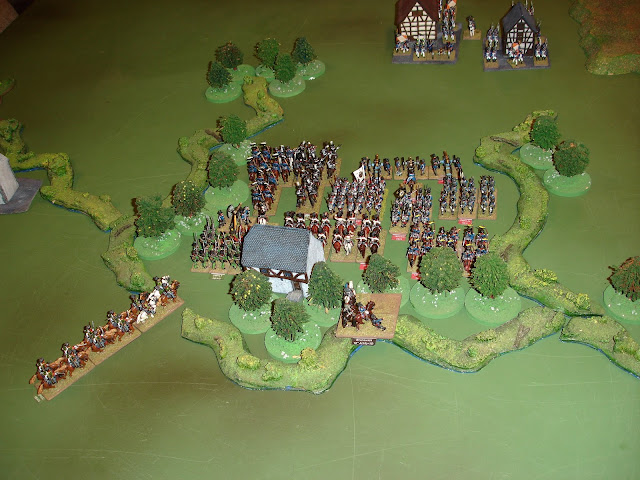 Set up.  The Prussians are very crowded.
I should do some research into alternative deployments. 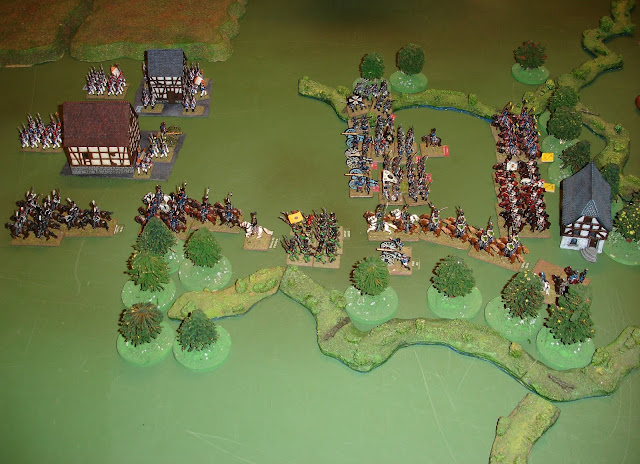 Blucher is on the move,
while Schmettau's Division advances carefully to keep in command. 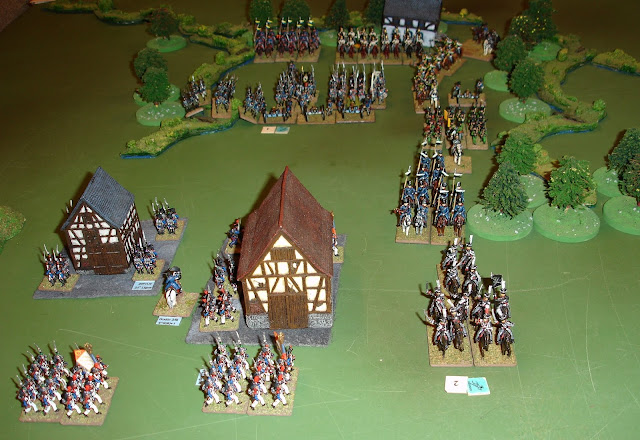 Gudin brings fire to bear on the advancing Prussians,
scoring hits on their lead cavalry and their artillery. 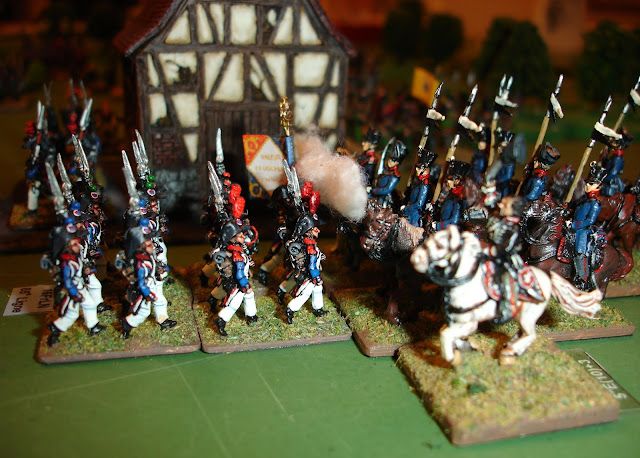 09:00 and Blucher makes his first charge.
The French fail to form square. 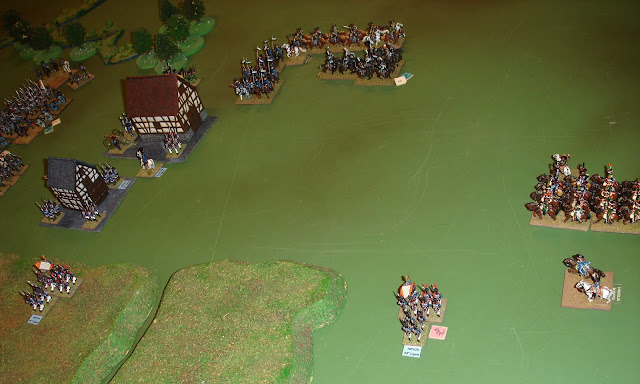 Davout and the III Corps cavalry arrive to find Gudin's division in retreat.
After routing the first regiment Blucher went on the rout a second
(which also had failed to form square). 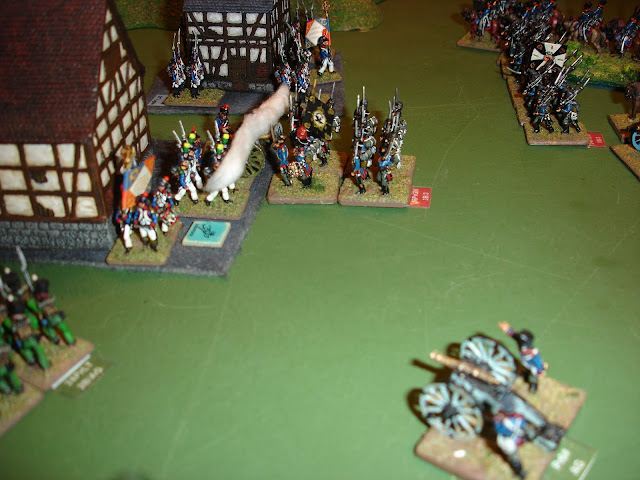 09:30 and the Prussians send in some Grenadiers to take Hassenhausen.
One of the regiments defending part of the built up area
had suffered badly from the massed Prussian artillery fire. 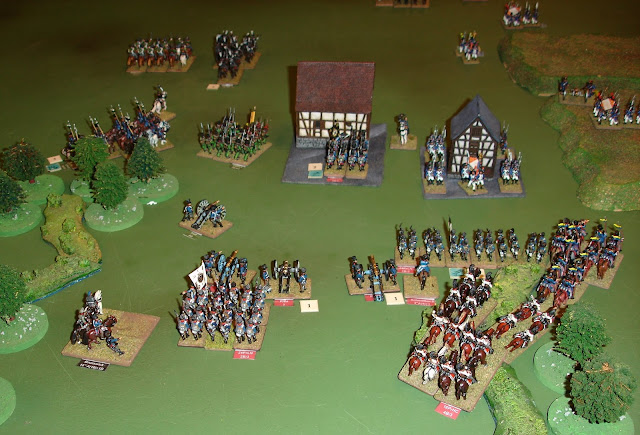 It's looking glum for the French. 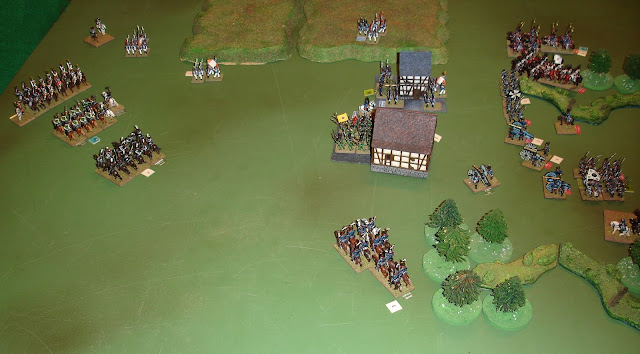 10:00 and Blucher is in action again,
this time just narrowly failing to eject the French cavalry. 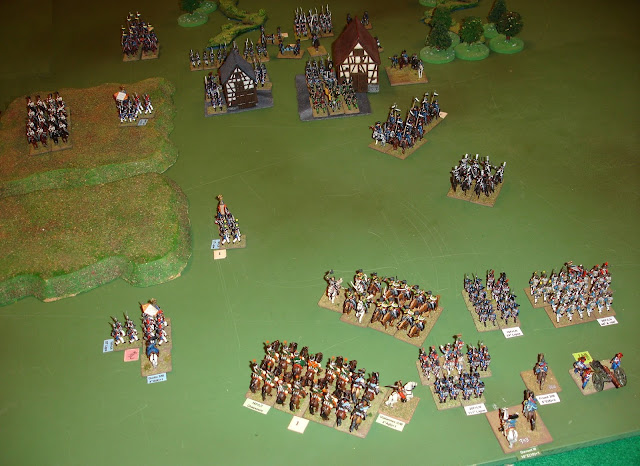 But now Davout brings on Friant's Division.
It had been held off table two turns to give it time to deploy. 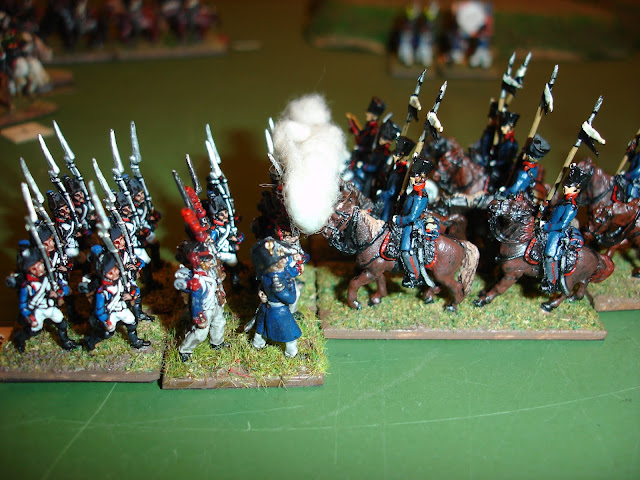 The Prussians waste no time and counterattack.
Again the French fail to form square
(they have a 70% chance of forming emergency square). 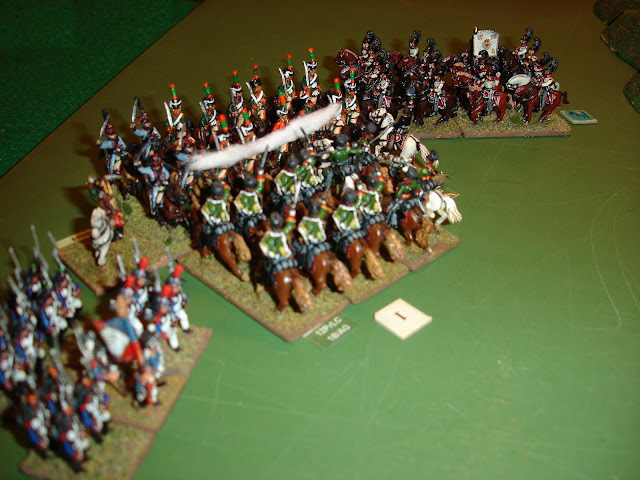 Blucher leads another charge at around 10:30. 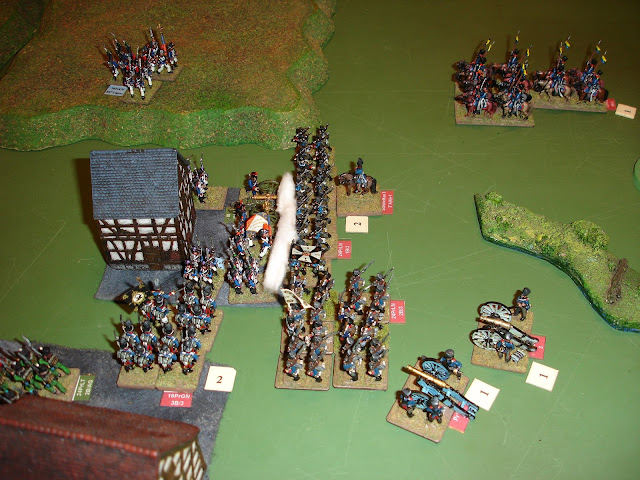 The Prussians make a massive attack on the last part of Hassenhausen. 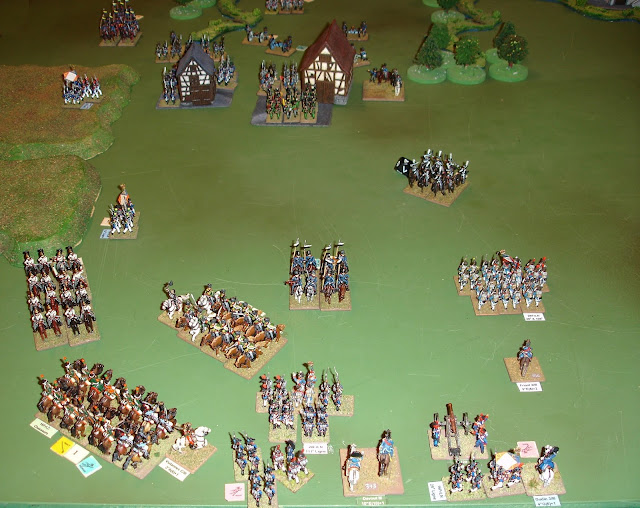 All the Prussian attacks are thrown back. 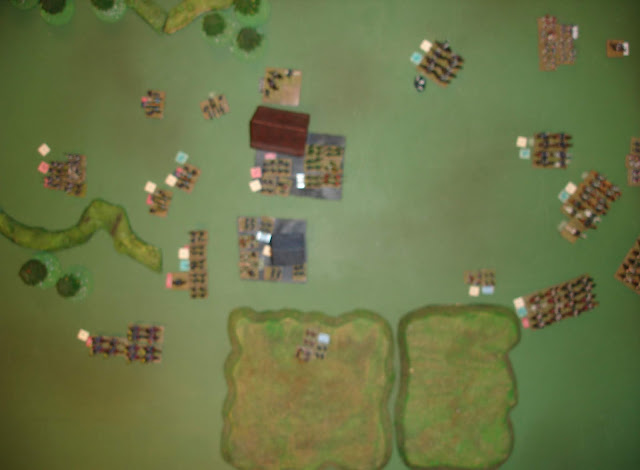 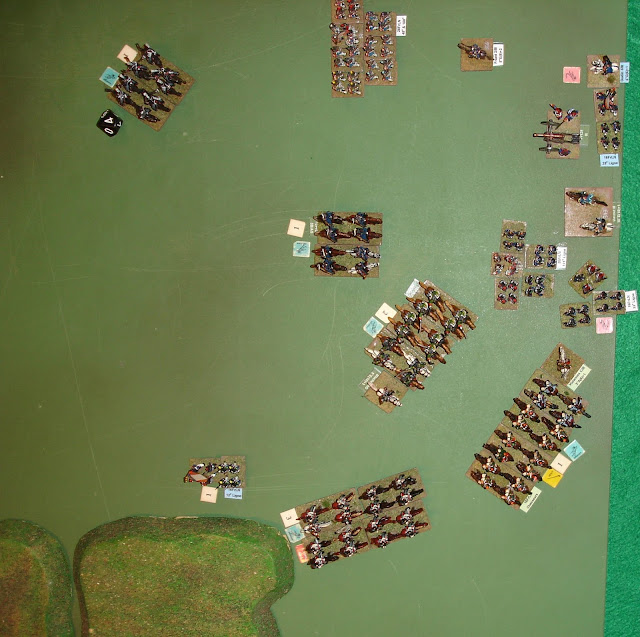 Davout clings on to the table edge.

The revised Prussian Order of Battle: