A Rommel scenario, not set in the desert this time.  This scenario is from this great site:
https://www.hexesandminiatures.com/ww2-squares

Coming out of the Ardennes Guderian’s XIX Panzer Corps fought its way across the Meuse at Sedan.   Realising they needed to crush the German bridgehead before it could expand the French launched a counter attack.  Both sides recognised that they needed to seize the area around Bulson which overlooked and threatened the German crossing point and the Panzer Divisions responded to the threat with their own attack.

Simon arranged all the models and terrain and went German, while Stephen N and myself, with minimal contributions (one tank from him and two from me) went French.

The set up as seen from the French side. 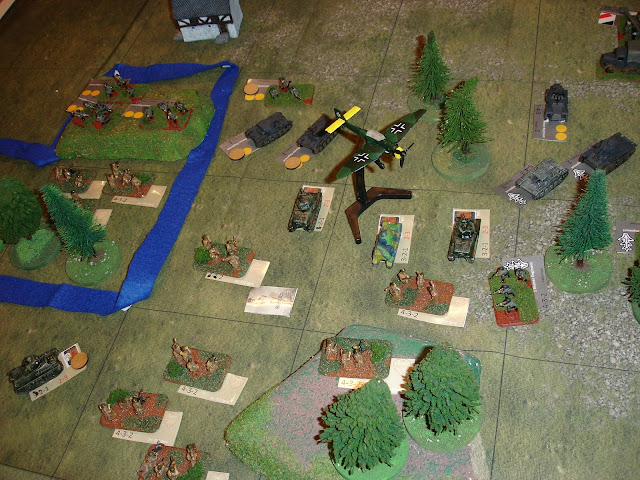 The first objective to be contested was the hamlet of Chehery. 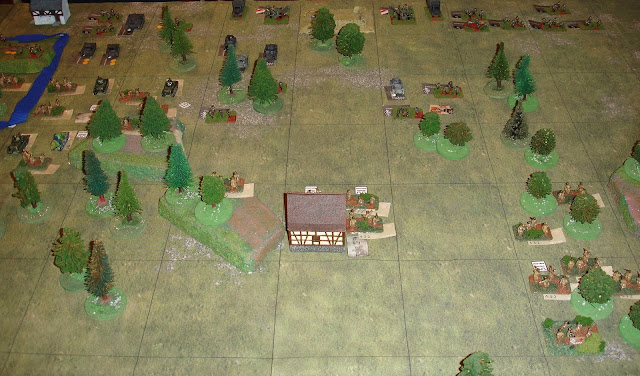 I commanded the 205th Infantry Regiment on the right,
a relatively quiet part of the battlefield.
My aim was to defend the town of Bulson,
and the woods to the right where we had set up our field hospital. 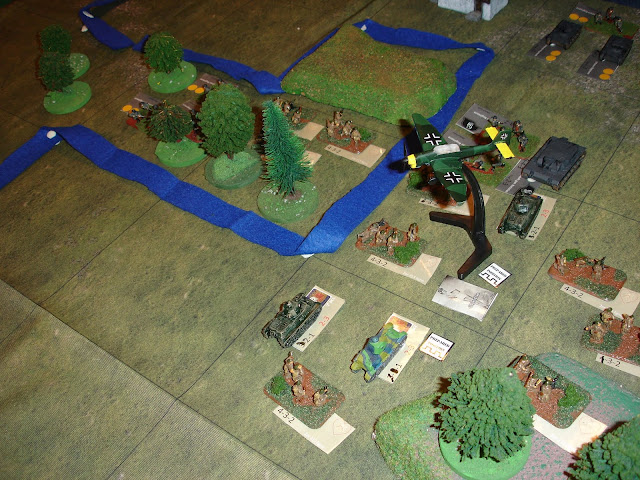 The attacks on Chehery continue.
The brightly painted French tank in this photo,
is Stephen's contribution. 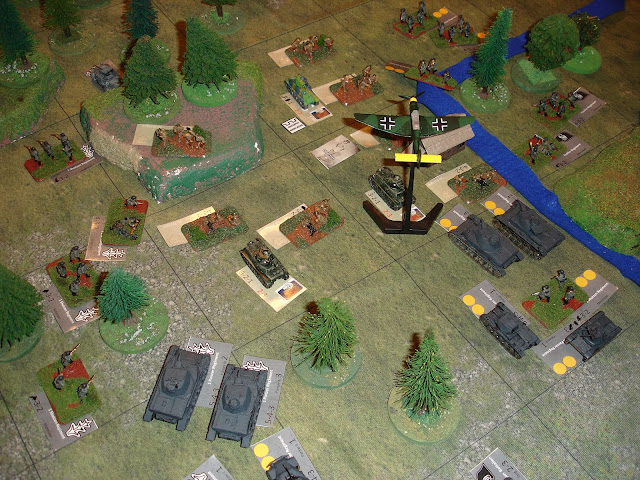 More attacks on Chehery, this time from the German perspective. 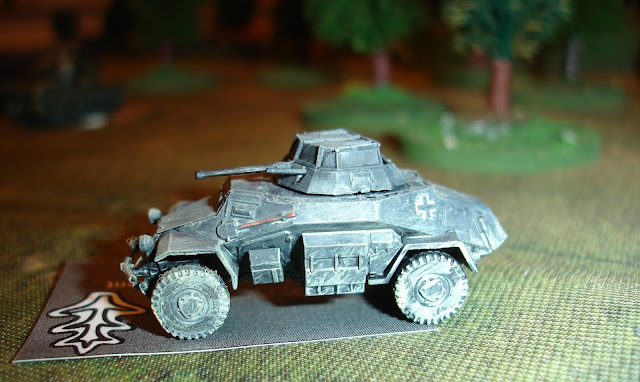 What a nice little armoured car.
It's mine and by Zvezda. 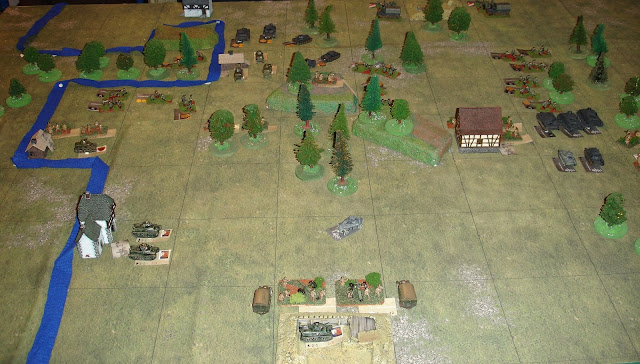 We lost Chehery,
but with the 4th BLC recently arrived
we were able to counterattack and recapture it,
briefly... 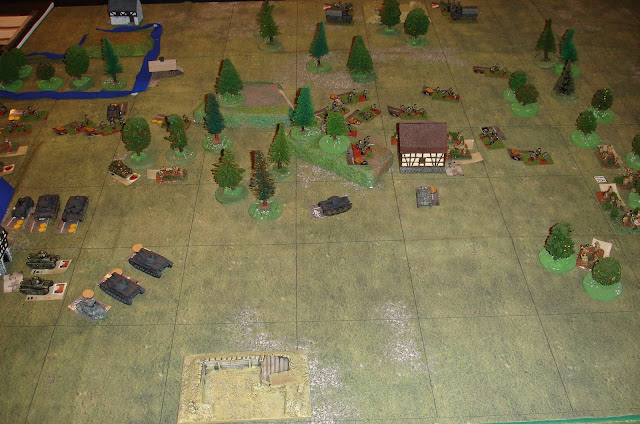 The game proved tense right to the very last turn.
The Germans had captured two objectives and needed another two to win.
Bulson came under repeated attack, but managed to hold out.
Chemery (on the left) was also attacked, but miraculously held out, fighting to the last tank.

Brilliant game and a scenario that we look forward to playing again.
Posted by Sun of York at 5:45 PM