Holland'44 - The Battle for Nijmegen 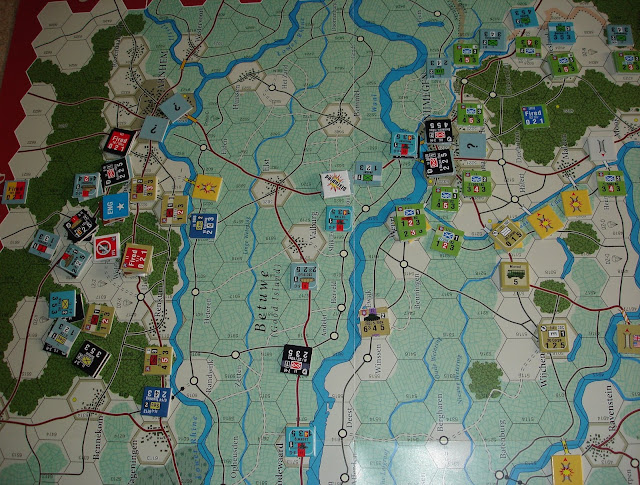 It is the afternoon of 20 September.
The British and Polish airborne troops are trapped just outside Arnhem.
The US paratroops are not yet organised to try and assault Nijmegen. 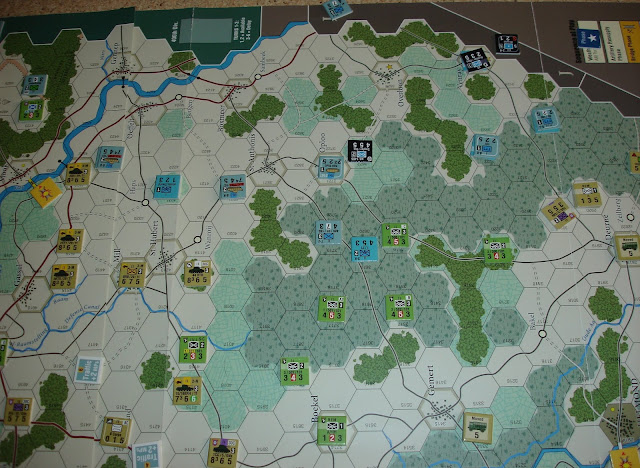 The east flank is secure and being pushed back. 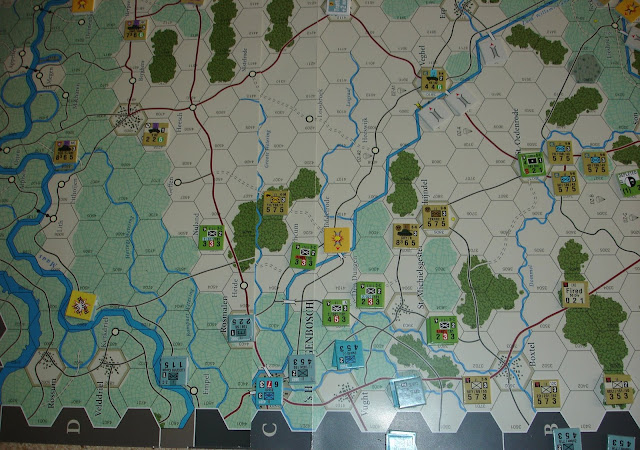 While the west flank is also being secured. 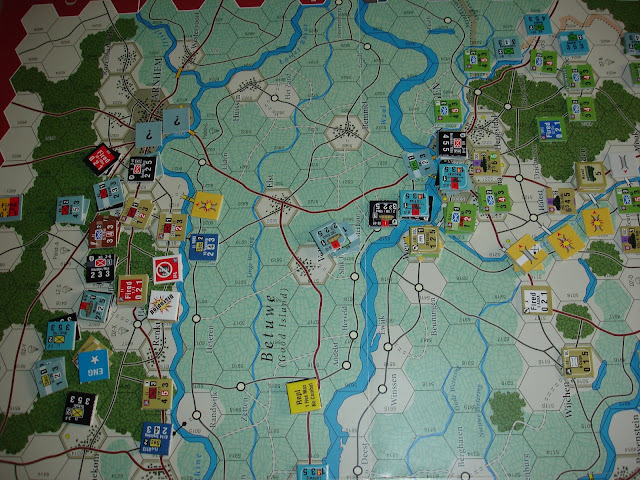 The night sees the first attacks against Nijmegen. 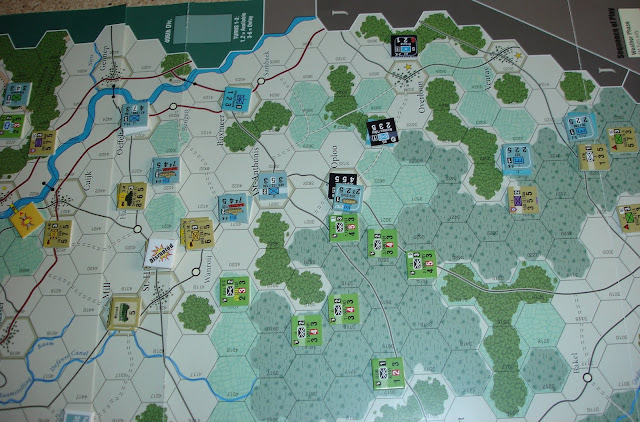 The Germans are retreating in the east. 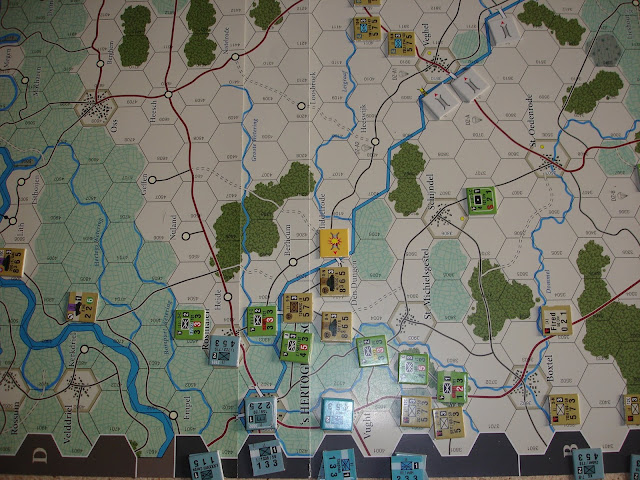 And in the west. 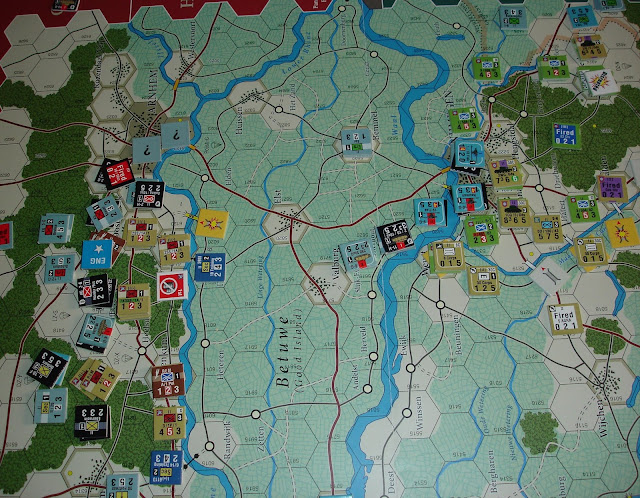 Morning of the 21st sees an overcast day.
The good weather couldn't hold forever, but this is bad.
The attack on Nijmegen goes nowhere.  Time for a rethink. 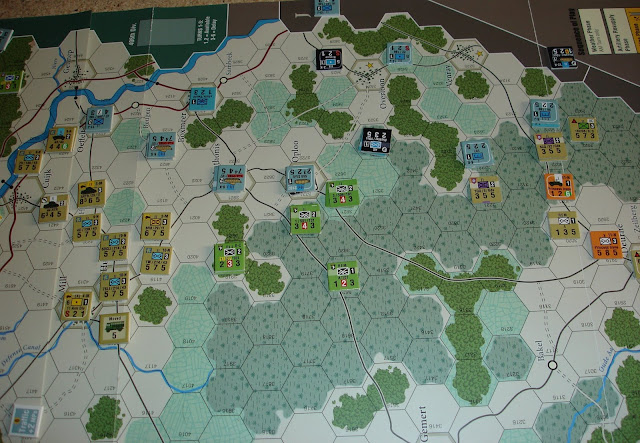 The eastern push is also stalled. 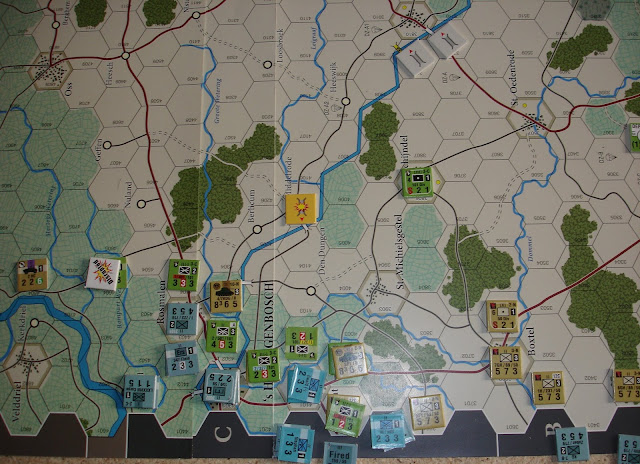 And the Germans launch a counterattack from the western edge. 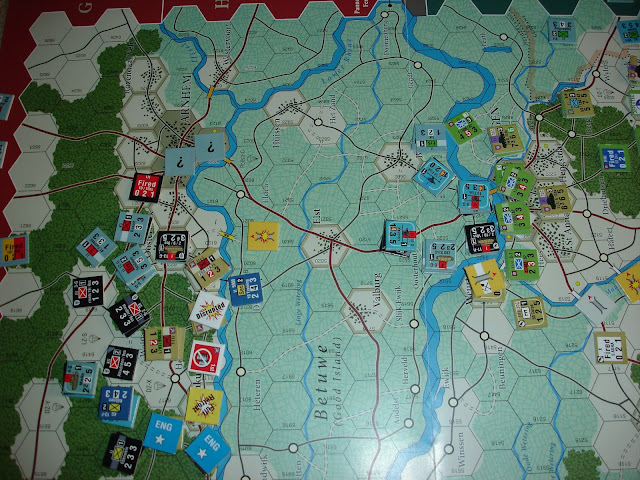 The fighting at Arnhem is dire,
but with a change of strategy (and appalling dice rolling by Richard)
Nijmegen has been captured.
Then I realise it is going to be no good if I can't get across the river. 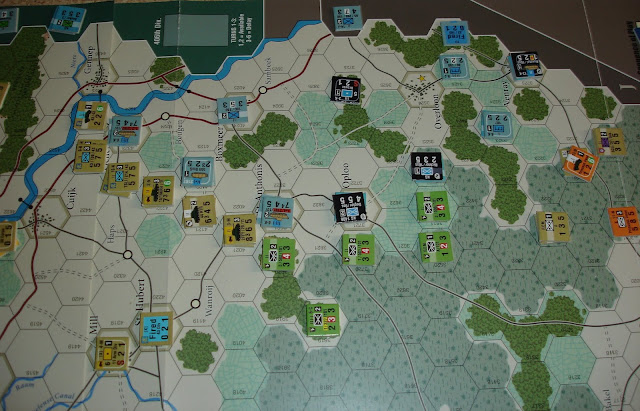 Progress has resumed in the east with the arrival of some Netherlands units. 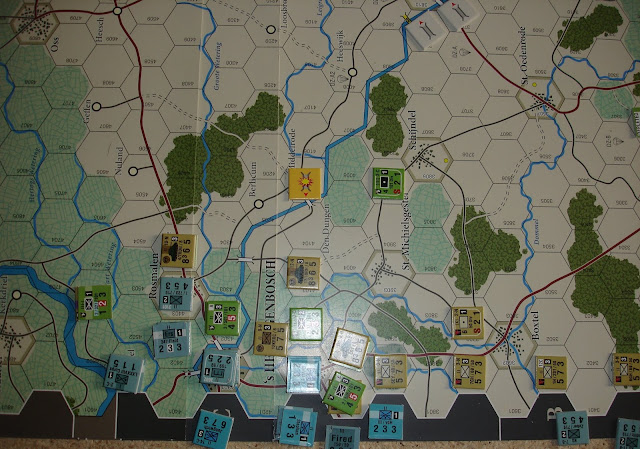 The fighting continues in the west.
The city is an objective (there are two on the eastern flank as well). 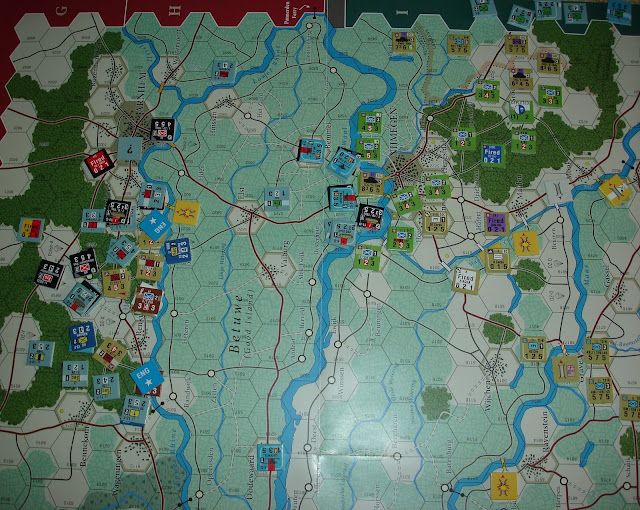 The night of the 21st has the British and Polish paratroopers still hanging on,
the Guards' Division has got across the river, but will they be able to breakout? 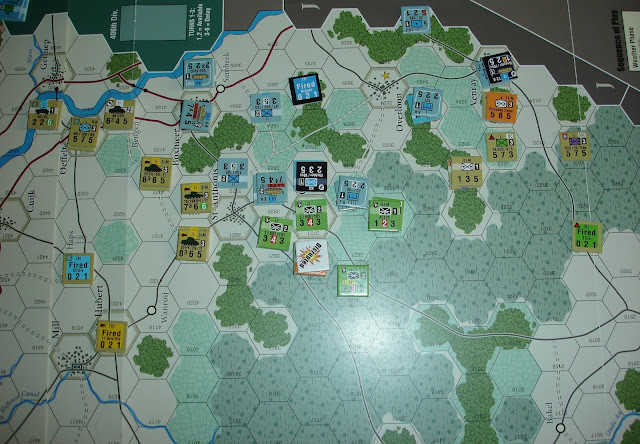 Progress is slow in the east, but the Germans,
despite their counterattacks, are being pushed back. 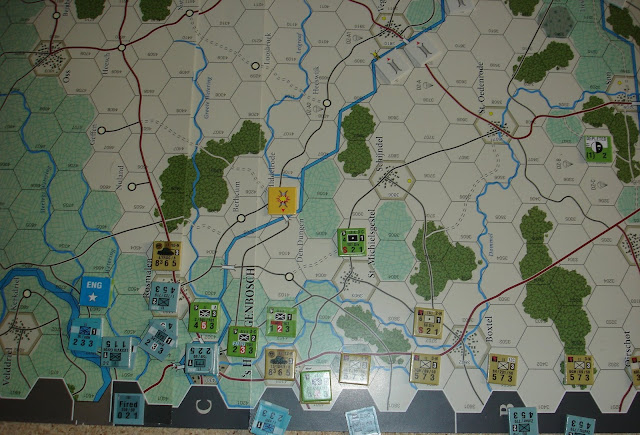 The West is also having its share of mixed progress.
If I lose too many units (the reason why the Germans keep attacking)
they will get enough Victory points to win.

Great game, but the dice can be cruel.