At the club on Wednesday night I took the Phoenix for a flight.  This time I had the special ability "sniper"meaning I could chose which one of two damage cards to deal (basically picking the best card from each choice of two).  The downside was that if my guns jammed, they couldn't be unjammed... 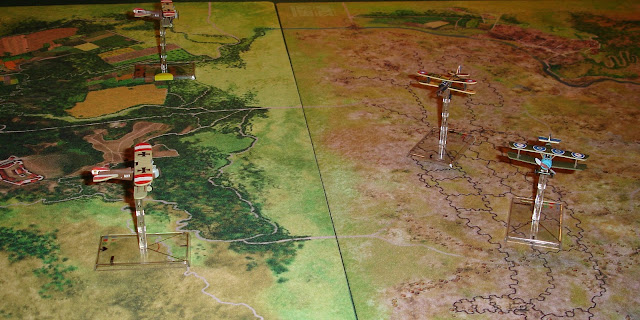 Mark B had the other Phoenix, while Stephen took the two Triple Entente scouts. 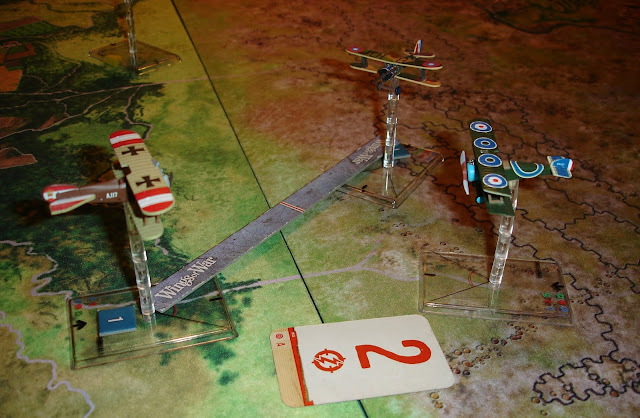 And what happens on my first shot?
I draw two cards and both have the guns jammed symbol. 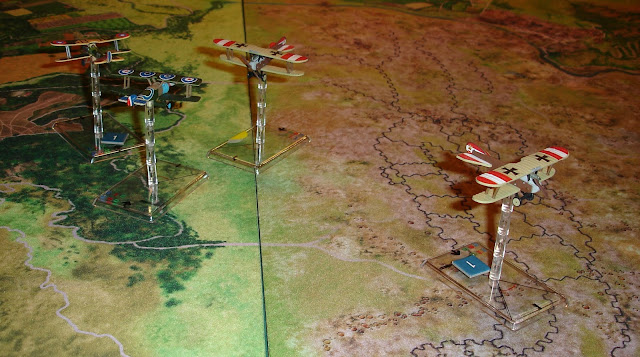 I break off, limping a bit with rudder damage and a nasty head scratch. 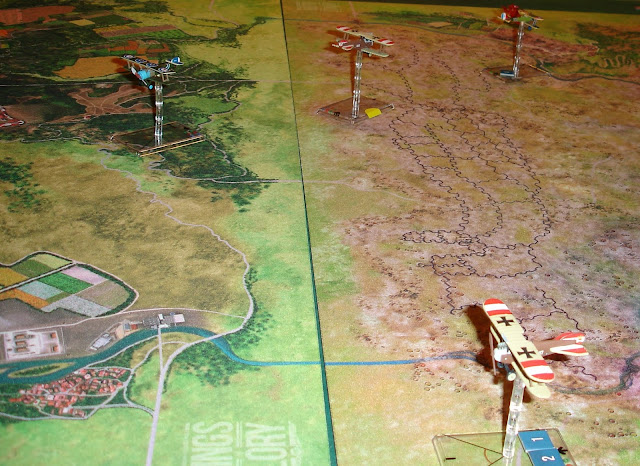 Mark B sets one of the enemy scouts on fire.
I've been slowly climbing. 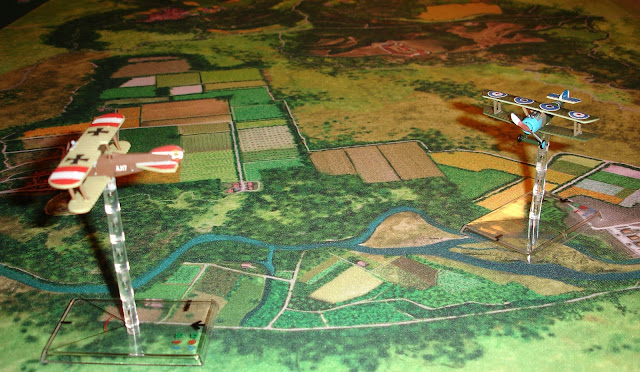 I'm being chased, their plane is faster than mine, but I have altitude.

Mark B is continuing the dog fight with the flaming scout. 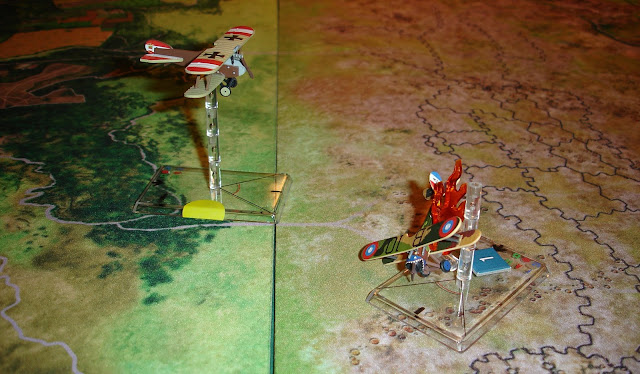 Finally turning on his hapless opponent and shooting him down. 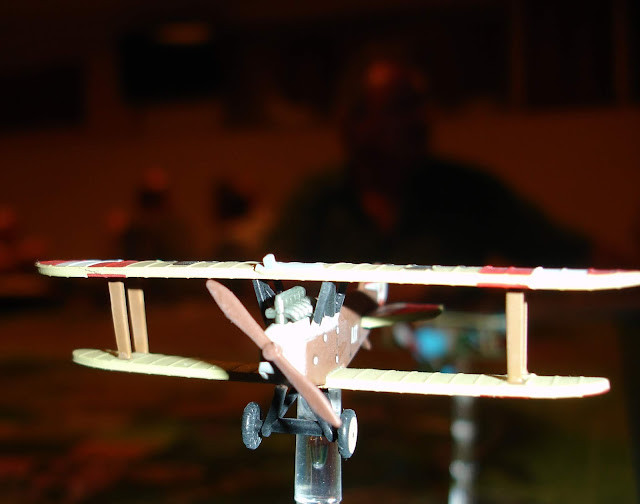 I fly off into the sunset.


I was at half damage with just three cards, my comparate had received a handful of zeros while the surviving enemy scout was being held together by song and pray.
Posted by Sun of York at 10:37 AM