With some spare time I was able to go through the rules and of course discovered we were doing a few things wrong.  Possibly nothing that couldn't have been accounted for based on die rolls, so we carried on. 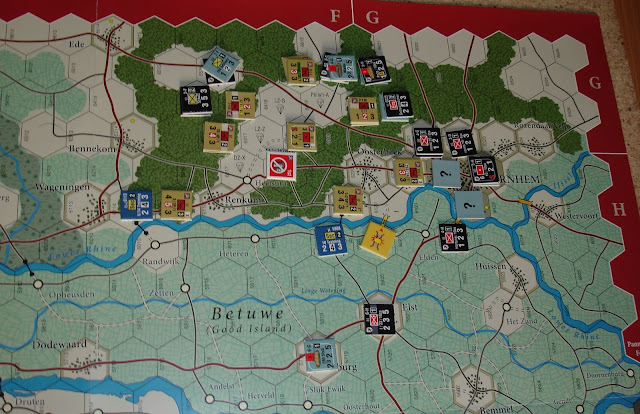 Arnhem bridgehead (ha ha) desperately needs reinforcements,
but the Poles have been given low priority.
At least they have drop zone options. 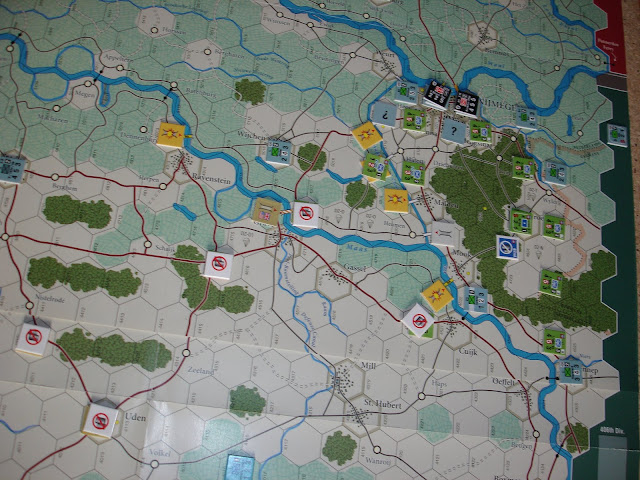 The 82nd Airborne at Nijmegen are busy securing their rear areas
and unable to press an attack on the city,
especially as they now have supply problems. 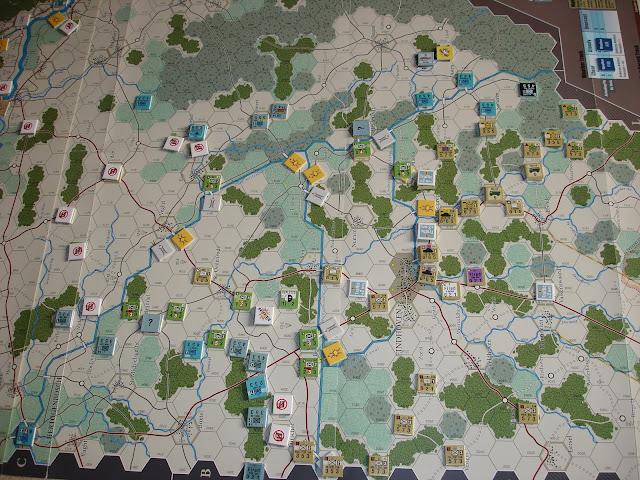 The high water mark of the German counterattack on the west flank.
On the eastern side they are in retreat. 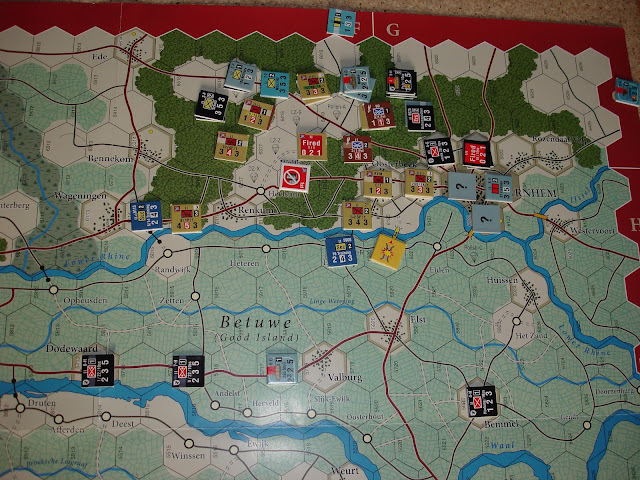 Turn 7 and the Poles arrive.
It is essential that there are Allied forces north of the Rhine to avoid an instant German victory. 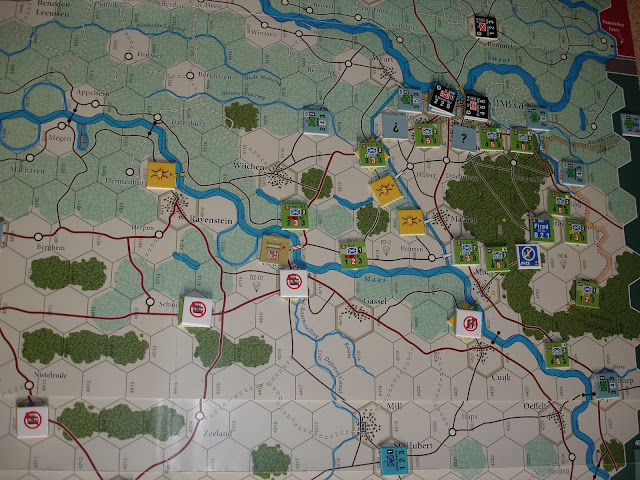 The 82nd have received reinforcements.
Now they just need supplies. 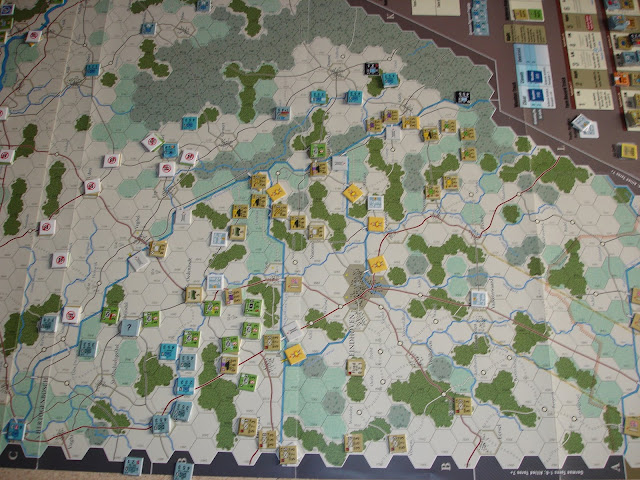 Bridge repair starts on canal,
but in some good luck, eh, hard fighting,
a bridge was captured intact on the eastern flank. 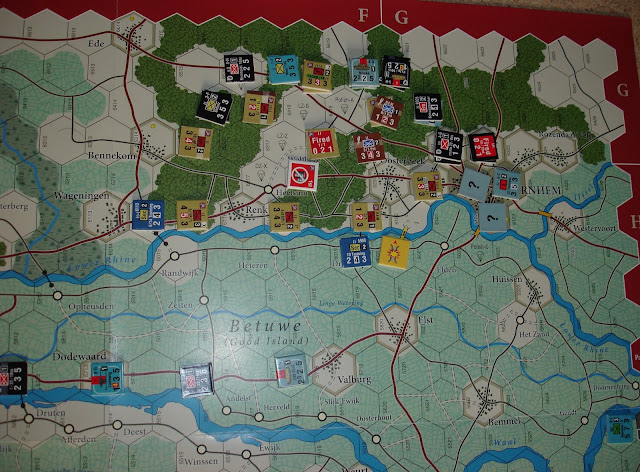 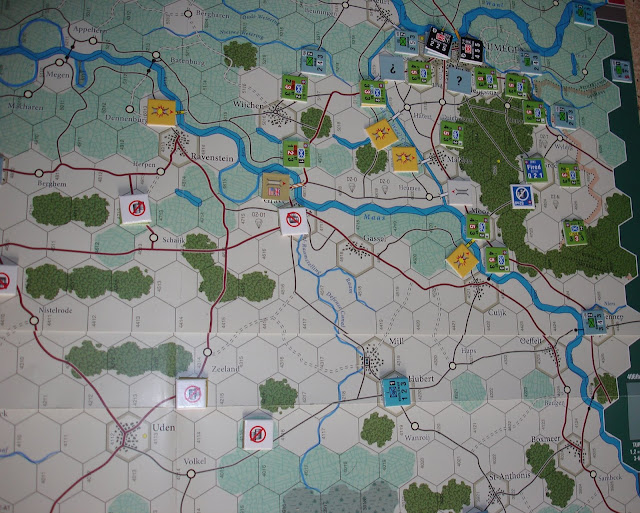 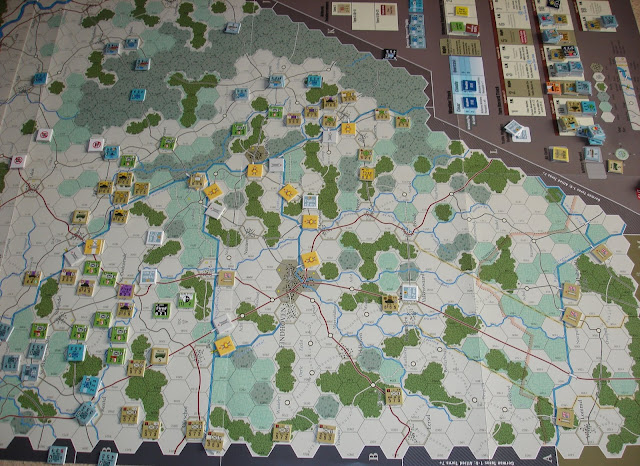 The flanks of the thrust are secure and troops are getting ready to head north. 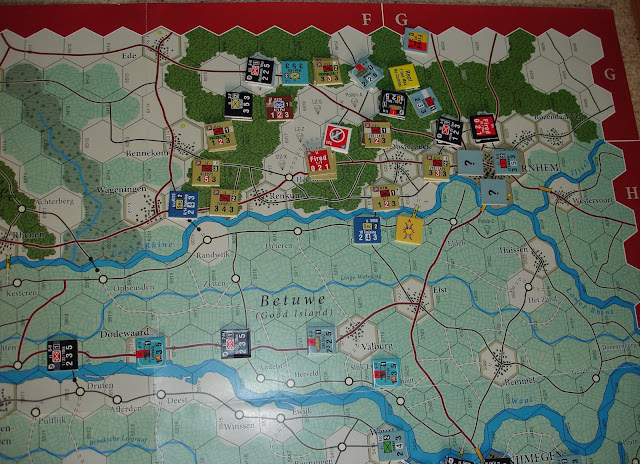 20 September and more clear weather.
However the Germans are starting to make progress on wearing down the paratroops around Arnhem. Supplies are now flowing,
but a German counterattack has destabilized the 82nd
(although perhaps just briefly). 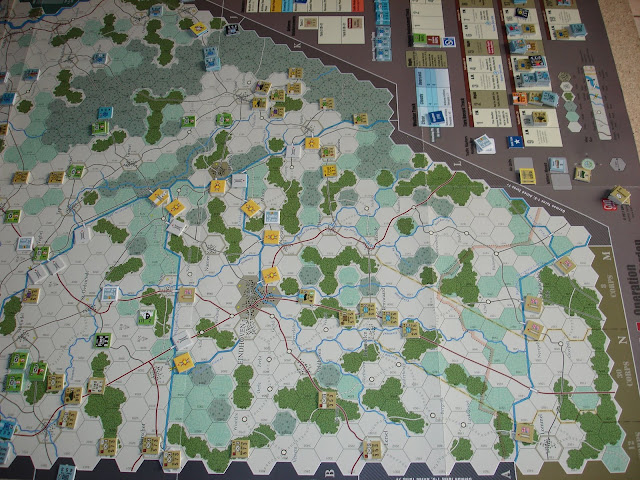 In the east the Germans have retreated into the marsh.
In the west they have retreated off the map
(one of the features of this game is that the edge of the map is not the end of the world).

There is a German armoured brigade on the eastern flank, just behind the 82nd, and it might cause problems.  Other than that it will be a slog for Nijmegen, while hoping that the British and Polish paratroops can hold on.
Posted by Sun of York at 5:58 PM