A Bridge Too Far

Nothing like watching a movie of the battle one is currently gaming. 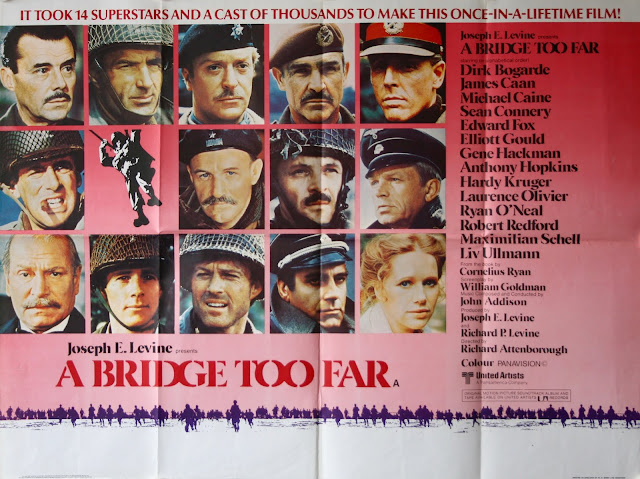 Somehow I had missed this movie when it came out in 1977, but I've made up for it now.

A decent movie, once I could stop myself from trying to work out what type of representative vehicles/planes were being used (curse of the wargamer).  The all star cast made it very entertaining.

Amazing to think this was made before all the computer aided special effects we have in current movies.  The mass scenes of paradrops and armoured vehicles on the move (or not as was the case) were awesome.

The female role played by Liv Ullmann was historic and unlike two recent historical movies I've seen (Mary Queen of Scots and The Favourite, both of which turned out to be more historical than I realised when watching them - based on subsequent reading up on Wikipedia of Queen Mary and Queen Anne) there was not the (how can I put this politely in these politically correct/charged times?) token unnecessary (and highly misleading) representation of minority groups.

And with all the death and destruction certainly not a glorifying war movie.
Posted by Sun of York at 5:02 PM