On Wednesday Richard and I started to play this game.  I'd previously read the new Beevor book and so this game was high on my priority list.  I went the Allies.

The set-up, with the first drops. 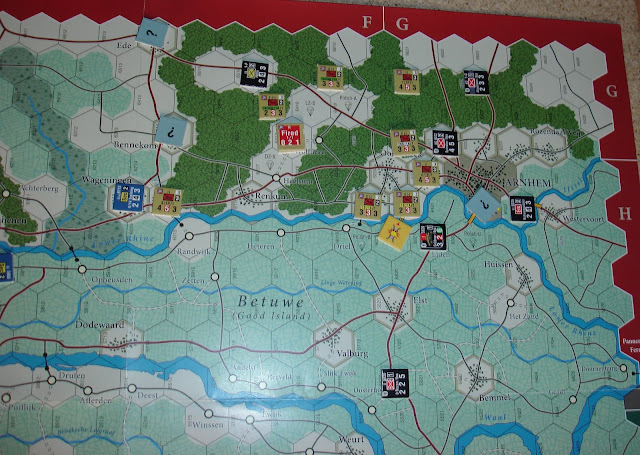 Arnhem, end of Turn one.
It is probably fair to say I don't know what I'm doing. 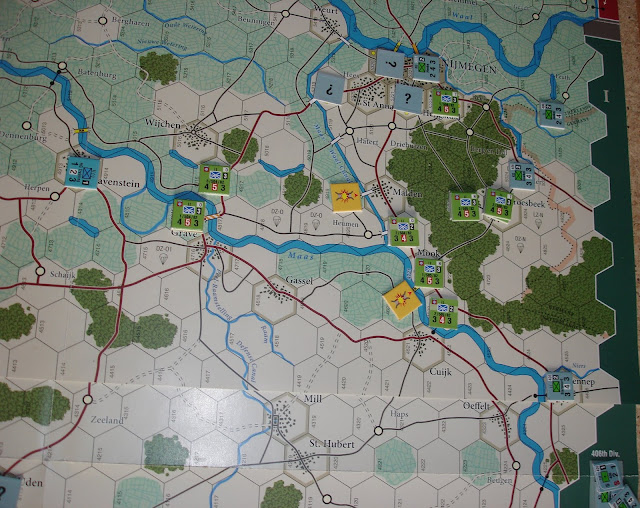 The 82nd Airborne capture the bridge at Grave. 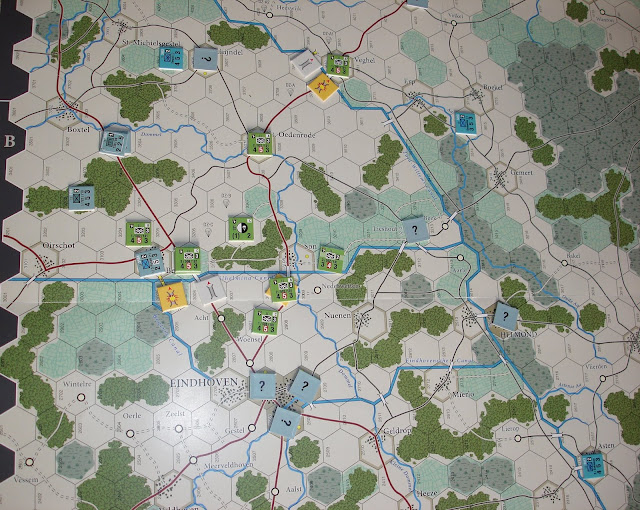 While the 101st capture a bridge over the Wilhelmina Canal and the Zuid-Willems Canal. 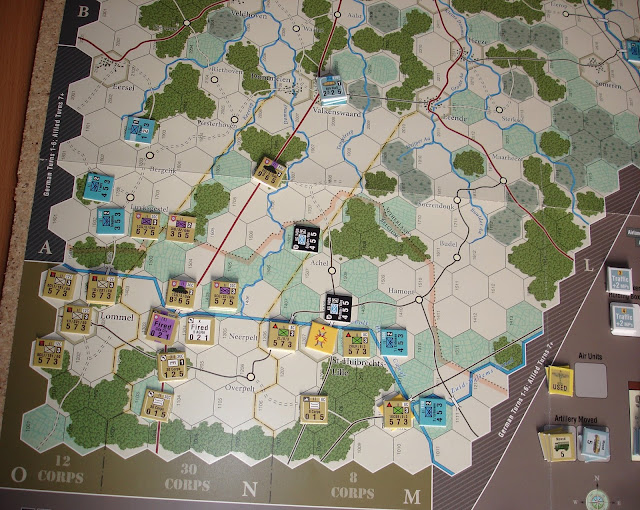 30th Corps powers up the road. 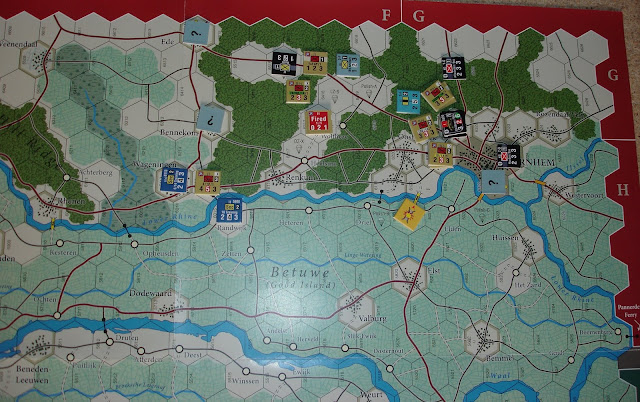 End of Turn Two (night of September 17th)
The British paras are in a bit of trouble, 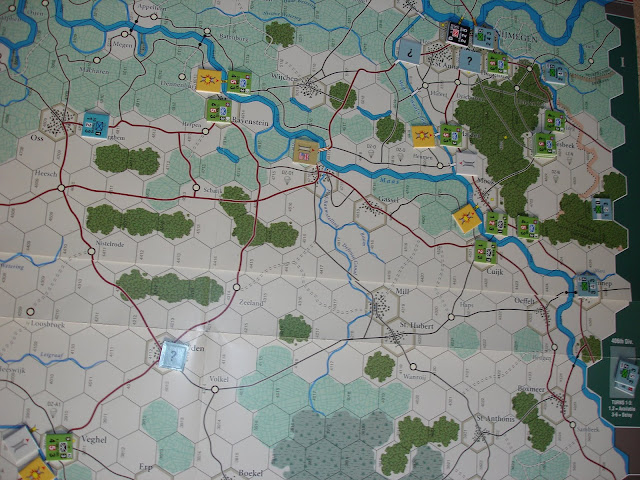 The 82nd start to get their act together,
or rather I start to understand that I need to secure the dropzone. 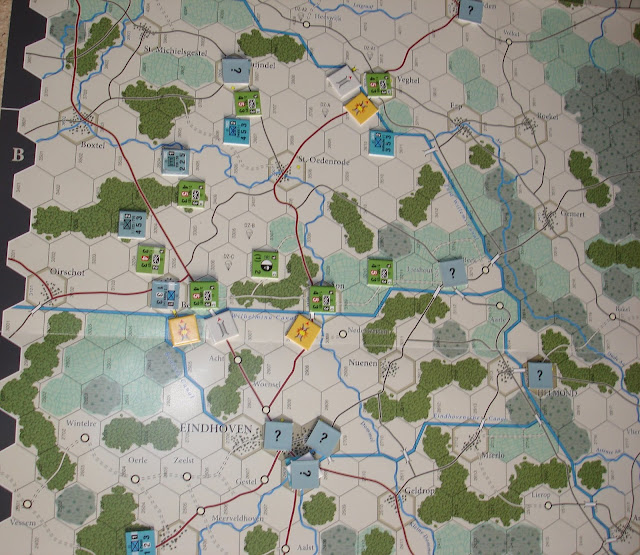 The 101st also need to establish a perimeter. 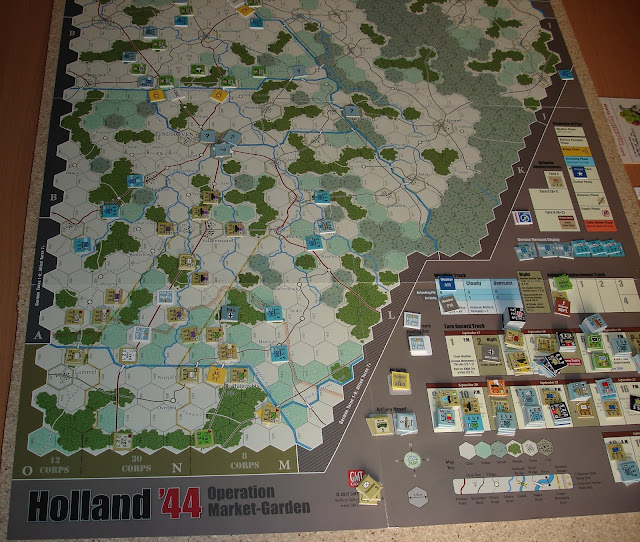 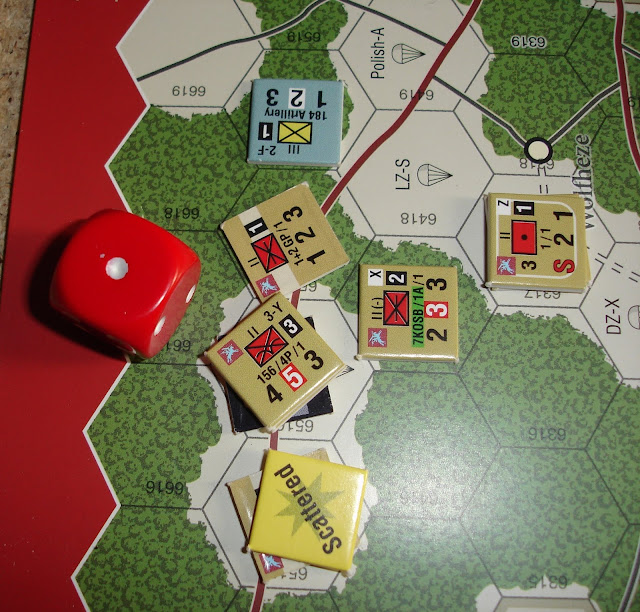 Disaster strikes!
Anything but a one and the British paras would have received much needed reinforcements,
My fault for not securing the drop zone. 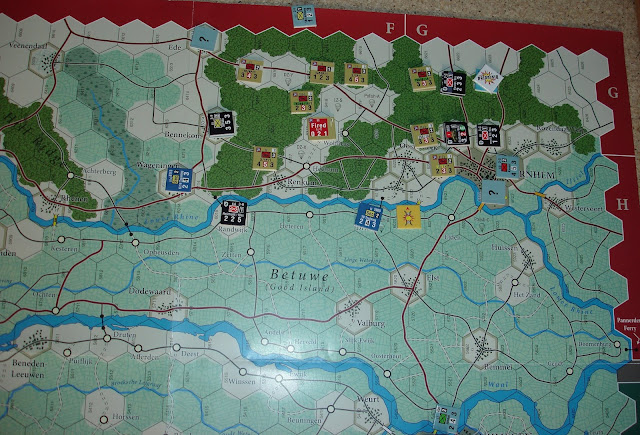 Turn three, morning of September the 18th,
the British paras start to try and form a perimeter. 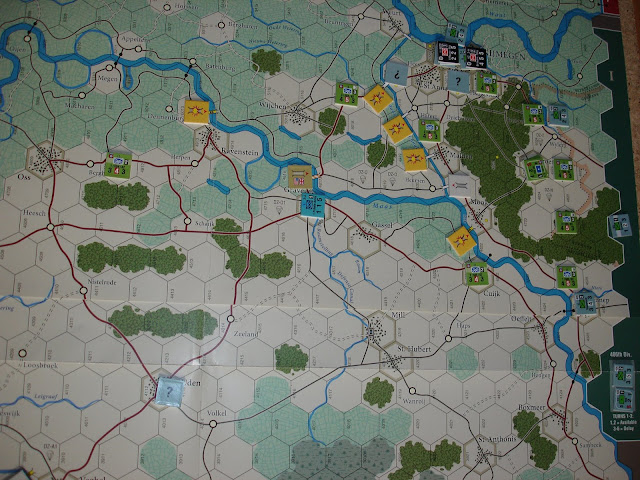 The 82nd finds that the bridge at Grave is under threat. 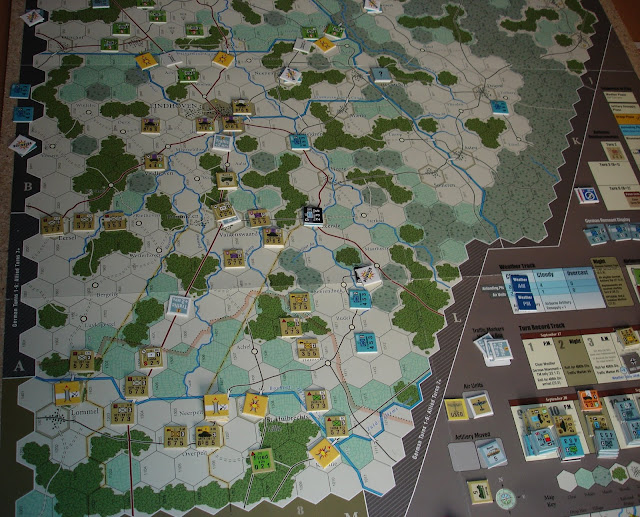 30th Corps has taken Eindhoven and joined up with the 101st. 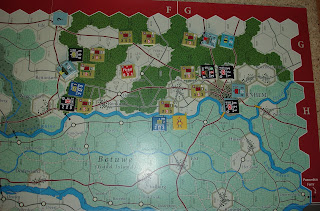 Turn four and there is now a defensive position established.
However there is no capacity to try and capture Arnhem.
Strange as the initial British drop was the most successful. 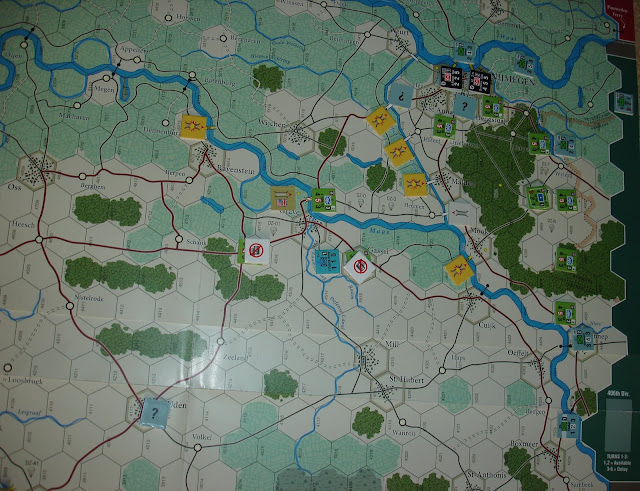 82nd are in the process of securing Grave (again). 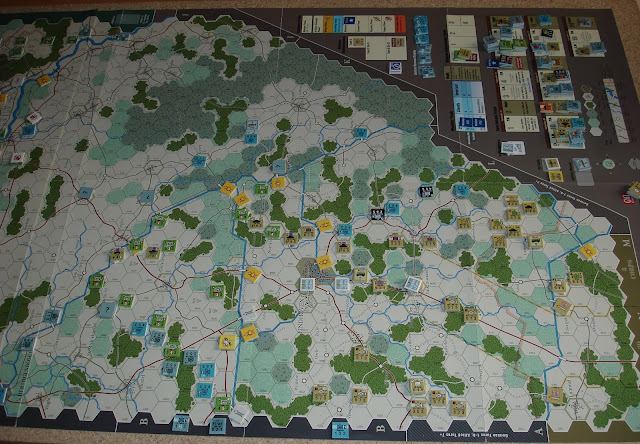 The Germans counterattack successfully against the 101st,
but the 50th Tyne and Tees (my home county division) is on its way. 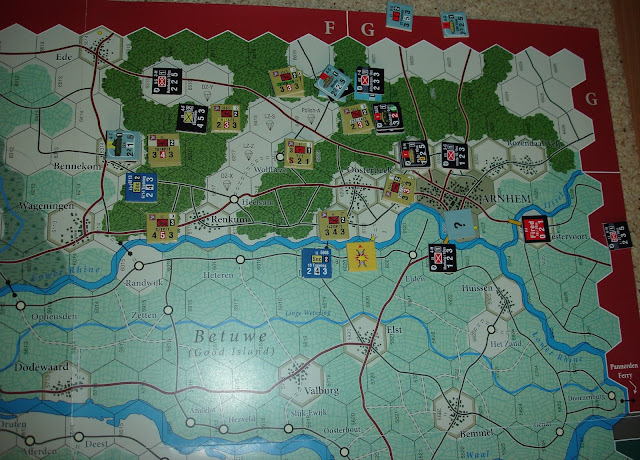 Turn five and the British para's perimeter has shrunk a little. 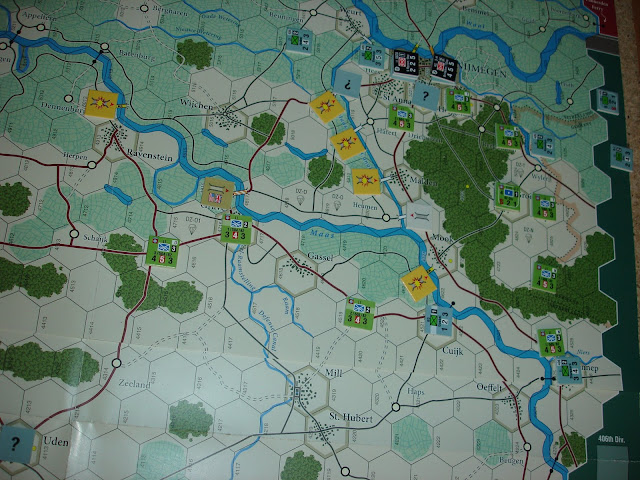 The 82nd have secured their rear, but really need to get on with getting a bridge over the Waal. 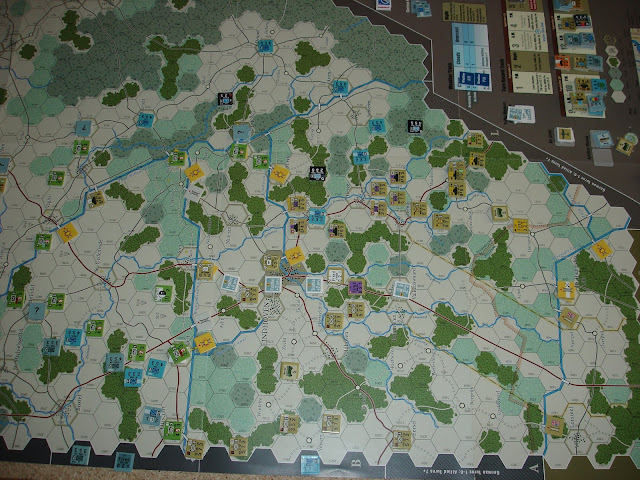 The night of the 17th sees all three British relief Corps in strong positions.

We are only a quarter of the way through the game, although there are some sudden victory conditions to be aware of (like no British north of the Lower Rhine).

Future progress depends on the weather and the 82nd Airborne making progress against Nijmegen.
Posted by Sun of York at 12:15 PM