Some practice before the full thing this Saturday.  This time we used a 6x4 table, fighting lengthways.

Stephen took on the role of Davout and Mark Brunswick (later to be replaced by Brendan who had had equally bad die rolling skills).

The French have the 3rd Division from Davout's Corps occupying the village with the Corps' cavalry and 2nd Division just entering on the far left.

The Prussians have their First Division deployed with their Second Division just starting to enter on the far right.

End of the first turn and the Prussians are moving to their right, keeping just out of range. 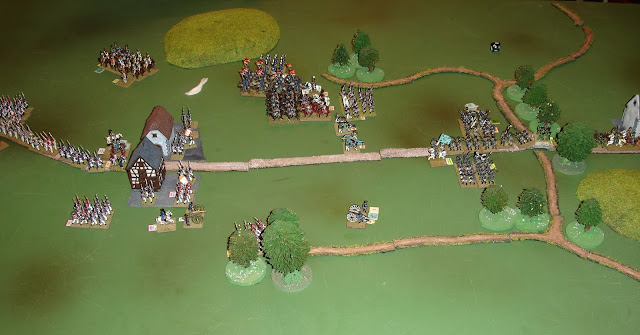 Turn two and the French committed their cavalry to delay the Prussians.
Both retired, but...

The Prussians struck back and routed the French cavalry.
Meanwhile the third turn saw the French advancing aggressively on their right.

Turn four saw another French attack on the left which in turn routed a Prussian cavalry unit.
But the real action was on the French right. 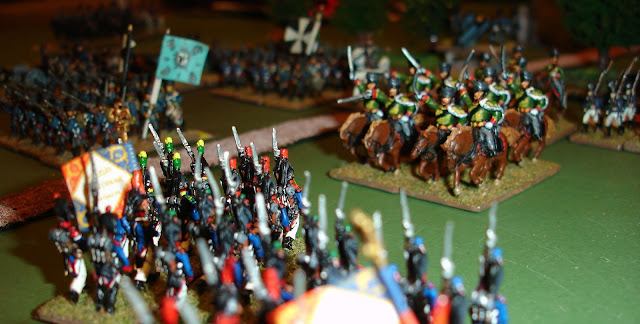 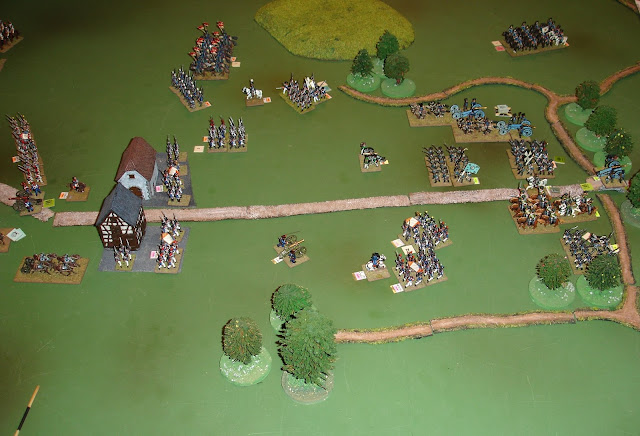 And that was enough for a Wednesday night.

While the Prussians have a lot of units in the full Auerstadt scenario, some of which are of good quality, some are a bit of a challenge to get value out of (notably the line infantry).  The major handicap is Divisional commanders with pathetically short command ranges.  This means they have problems both with crowding and not being able to keep everyone in command.  The optional self rally and self command rules are in use, but even so, Prussian response numbers are low to make this effective.