It's been a while, but last night I proved I had not lost any of my dazzling WOG skills. 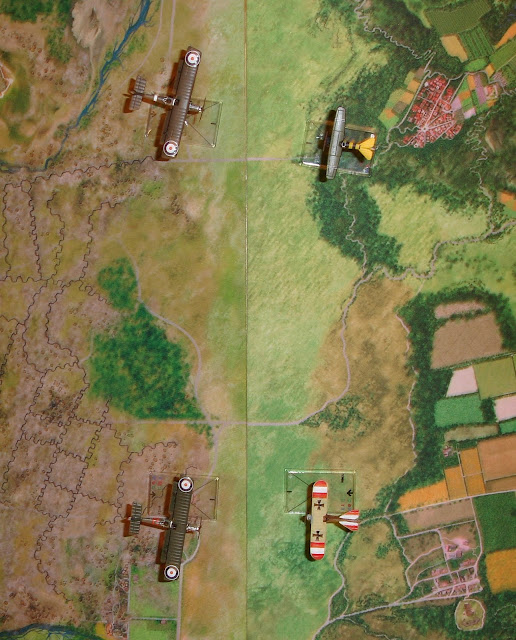 My plane is the red and white tipped Phoenix.
Stephen B is in the Bumble Bee,
while Stephen N has one of the British Fighters,
Simon the other one. 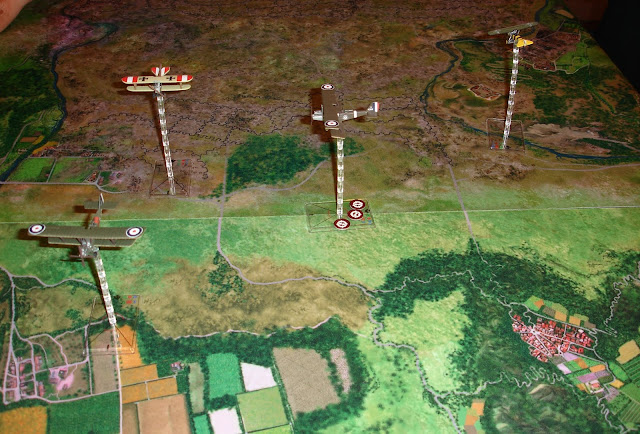 I get caught in a crossfire.
Both sides had been diving and climbing,
but I had just climbed back into the British sights. 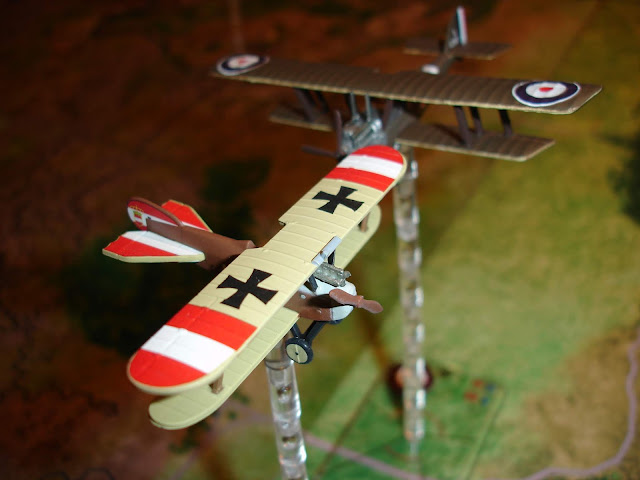 Lots of lead headed my way,
but I'm more worried about his propellers chopping up my wings! 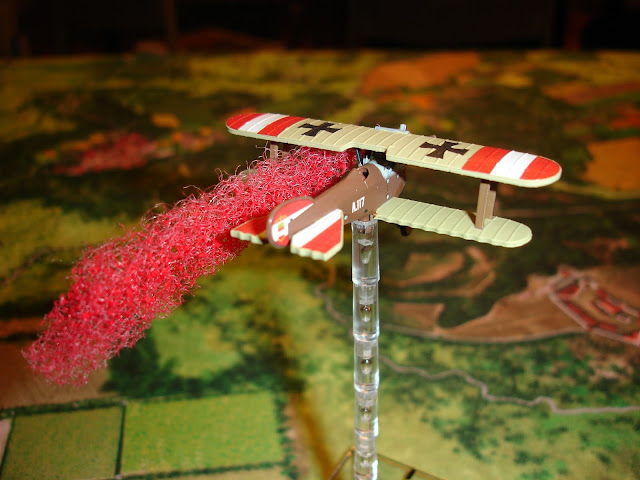 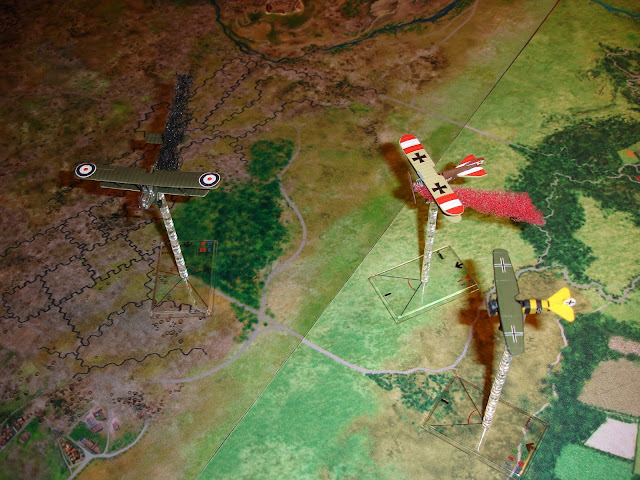 But I do not run away! 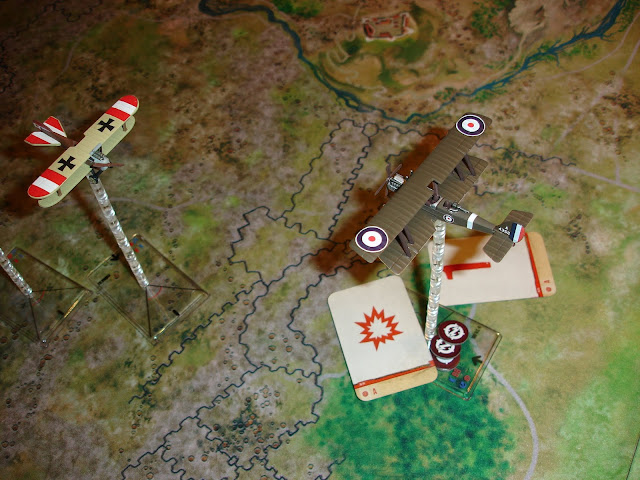 First kill.
Took out Simon with one very lucky shot.
Till then he only had one point of damage. 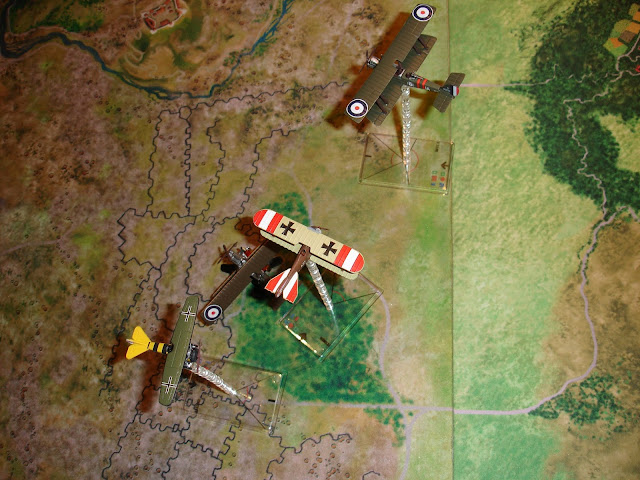 Then I line up on Stephen N's plane.
I'd already done some previous damage,
could I do any more? 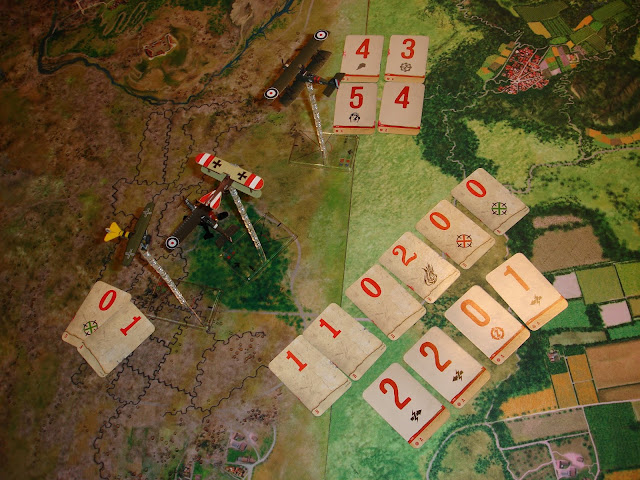 There might have only been four hits on the remaining British plane, but they all hurt.
My plane had taken ten hits, four from the fire, but I was still flying.
The Bumblebee had hardly a scratch.