The Flight of the Straaken

Last night we took some of Stephen's Wings of Glory planes for a flight and fight.  He commanded the Zeppelin Straaken and I tried to intercept with a Camel and two Snipes. 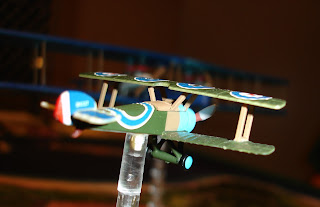 First up my Camel crashes into the monster. 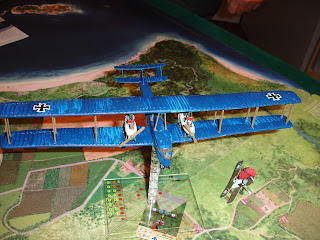 And then one of the Snipes is shot down.  Note Camel now diving underneath the German bomber. 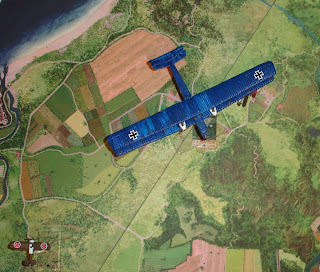 The second Snipe is taking a while to get into action. 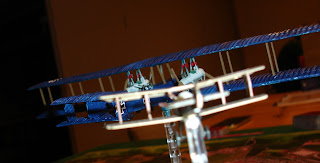 I get on the monster's tail, in the sweet spot and my guns jam...

The Straaken weaves and we're back in shooting angle... 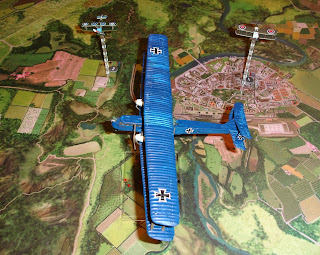 Another pass.  I seem to have my act together. 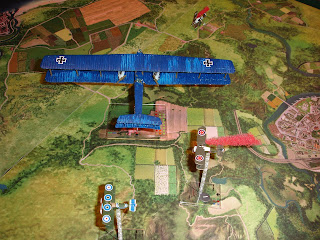 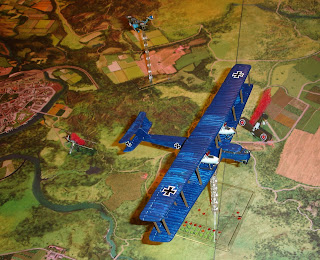 The other Snipe is shot down and with the Germans now heading for home the Camel, with a wounded pilot, decides to break-off.  The Straaken had suffered about two thirds damage.