Clash of Vikings and Pagan Rus

Tonight had a friendly game of Saga. 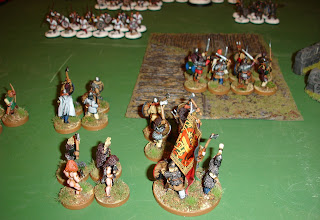 The scenario was Clash of Warlords. 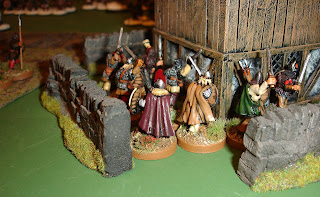 My warriors took possession of the terrain, but movement was slowed due to endless winter. 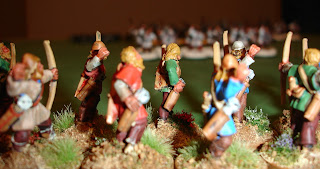 Shooting range was also reduced so my levy did precious little. 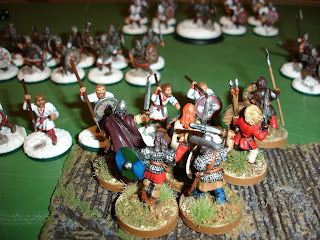 Finally my warriors got into action. 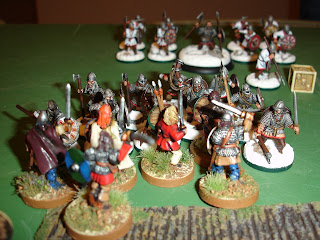 But the enemy counter attacked. 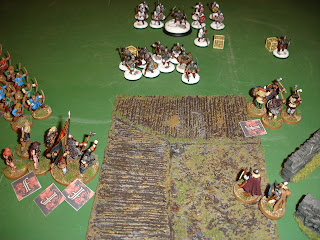 Not only were the warriors wiped out but the unit of hearth guard I then sent in got annihilated as well.  It just so happened that everyone was close enough to be fatigue by this.  Luckily  the scenario only goes for six turns.

I am still finding Saga a challenge, but in a good way.  One thing I am not sure of is whether a unit fights with all its figures if in a melee it is just attacked at one end.