As things turned out there wasn't much play left in the game. 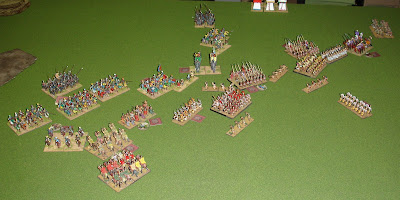 End of T6 and scratch one unit of elephants. 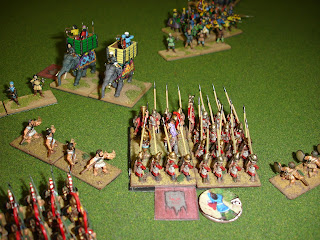 It had been a close run thing, with both sides throwing a six on their cohesion tests. 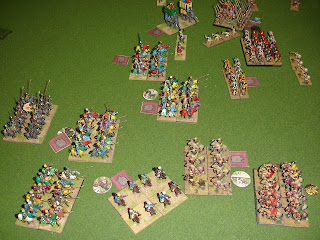 The Sassanids found themselves in a traffic jam on their right, where their major thrust was having trouble getting its superior numbers to bear against some lucky Greeks.

At this point we called it quits.  I was all for fighting on, but the Sassanids were disgruntled with the skewering of their elephants.  There was mention of the RSPCA...