The Visigoths just didn't realise how late they were. 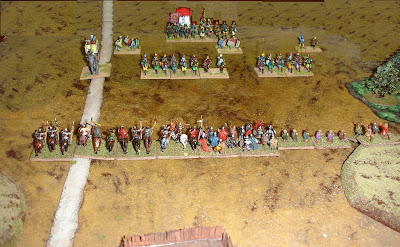 Easter Monday and I scratched up, using my rarely played generic Dark Ages figures, a Late Visigoth army to take on Mark B's Sassanids.  In this picture and the last one I've doctored them to remove the edge of the board. 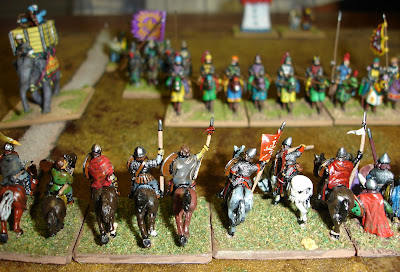 Despite appalling PIP rolls (1,2,1,1) I felt confident as my army was together as one group while the Sassanids appeared a bit spread out.

Fourth turn and my poor rolling continued and with four elements lost that was it.

What I like about DBA is that it is quick, mercifully in this case.

The only die roll I won was on my right were my PS pushed back his CV.  Everything else was ties or outright defeats.  And things started so well when I won the aggression roll...