War For The Union - Part One

After our test game Richard and I decided to have another go.  I had hoped to have read the rules this time, but all I managed to do was skim a few pages and see that I'd done a few things wrong in the previous game.  The rules are very comprehensive, just takes some time to dig through them to find what you are after.

In our first session we completed 1861. 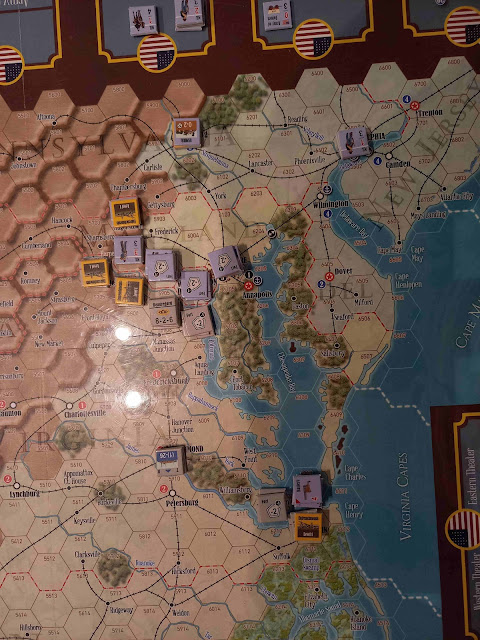 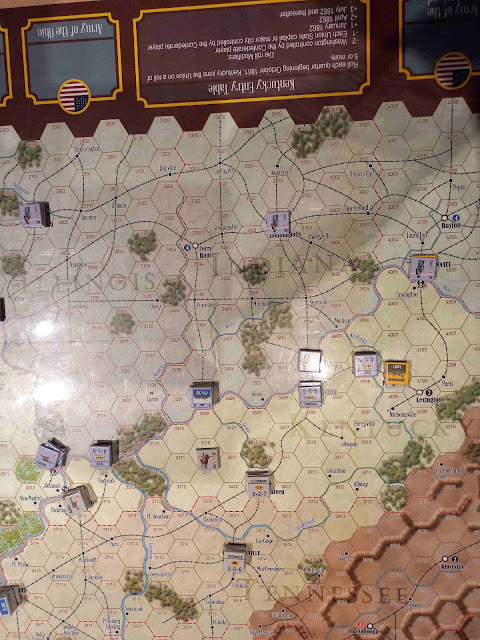 The Confederates invaded Kentucky,
but then promptly retreated. 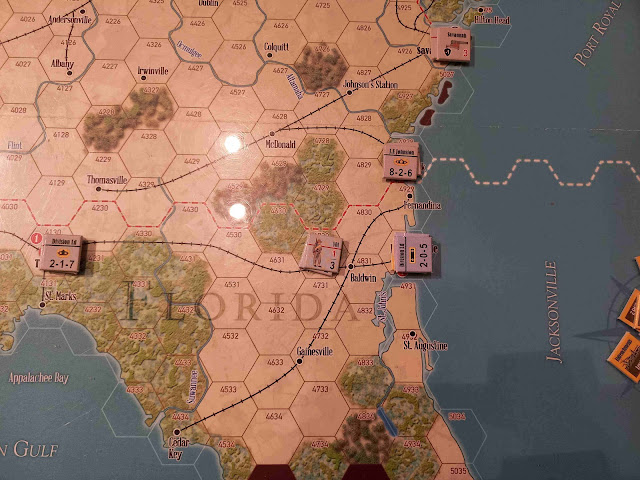 Late in the year the Union made a landing in Florida,
more testing of how to do things rather than trying to seize any particular advantage. 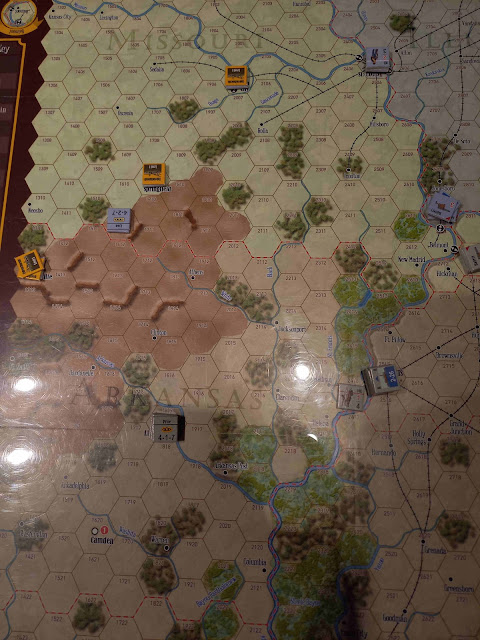 The Union also made a successful incursion into Arkansas