Superbly skilled German craftsmen continue to deliver exceptional equipment focussed on peace keeping and civilian defence.  Workers gave up their summer holidays to meet demands; demands that are so high they will only be met by adding additional factories.  French workers in British occupied Lille cry out for freedom and the chance to be part of a progressive labour force within an innovative Industrial Relations regime.

Production for May/June (which is done at the end of the Turn)
Slight amendment as the March/April double build of pilots exceeded BPs available.
(Pity as I have more planes ready to deploy) 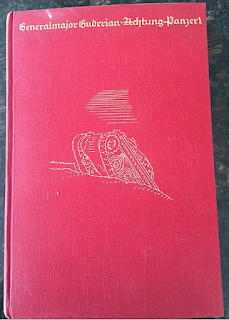 Clearly the British had not let their French subjects, eh allies, read it.

With the help of some precious O Points (or Offensive Chits) Guderian pitted all the German armour against all the French armour in a plus 13.9 blitz and when combined with a die roll of 9.6 produced a 23, Top Of The Table result.  That's oakleaves, diamond cluster and koala stamp for Herr Guderian. 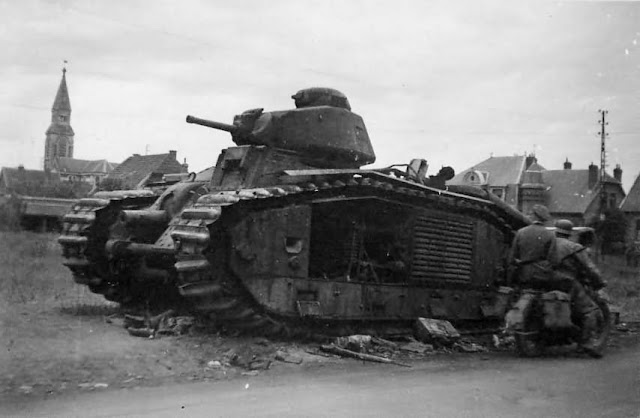 Terrified, the British abandon Lille leaving behind their French au pairs.  A very promising plus 19 attack collapsed into a mere 13.5 after the French airforce intervened after evading the Luftwaffe and the sleeping 88mm AA gun crews which, when coupled with a miserable roll of 5.6 produced a halting success.  The city is liberated, but all attacking forces are exhausted after celebrating with the newly freed French au pairs. 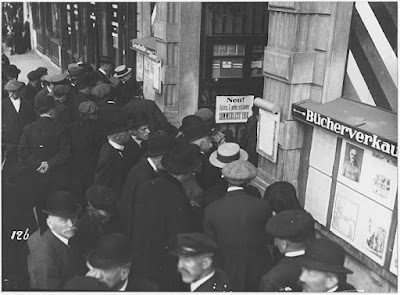 Lille citizens flock to find a copy of Achtung-Panzer at a book sale
Perhaps more critical, the Ardennes hex that secured the French line was captured by von Beck on just a plus 6 blitz but with an impressive roll of 14 that did the trick.  Phew.
The panzers then rolled on for their third impulse conducting a plus 12 blitz with a 9 die roll producing a TOTT Blitz result and a big hole in the French line.
The British tried to halt things with leaflet drops and promises of tea and peace treaties, but the Germans were having none of that.  Fourth impulse saw the front start to close towards Paris with two attacks, plus 19.7 die roll 13 and plus 14.7 die roll 9.5 both producing TOTT results.  The scene was set for some final action when inexplicably the Germans stopped (I rolled a @#$%^&! one and ended the July/August Turn - this is the second time I've been robbed of long turns with good weather at the first attempt - 10% chance.  Not happy!) 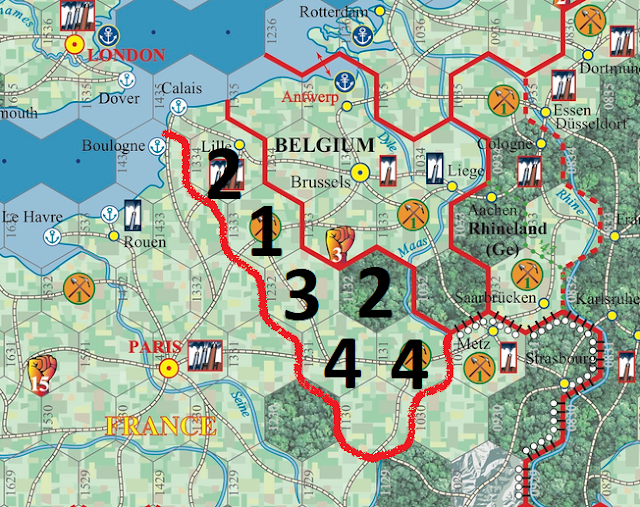 1 - Guderians's initial attack
2 - The liberation of Lille and the Ardennes
3 - The destruction of the French centre
4 - The break through and exploitation.

While all this was going on the USSR bullied Rumania into parting with Bessarabia.  This then saw Bulgaria and Hungary pile on and demand bits of Rumania as well.  Germany was called in to mediate and waved all this through, saying "Can't you see I'm busy?" 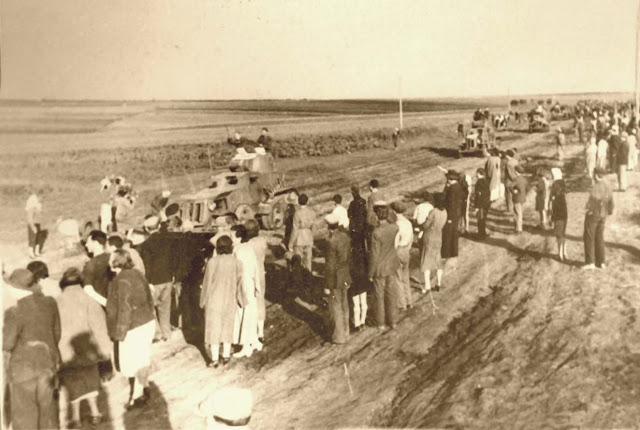 The USSR conducts yet another Special Military Operation

And in the Far East Japan took out its frustrations on the inhabitants of Sian, upsetting the US who promptly applied sanctions.  Further impoverished Chinese joined the partisans.