Perhaps I should have titled this game as "Don't Mention The Weather." 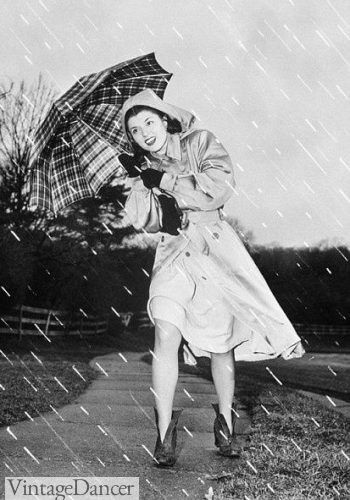 Rain
Let me repeat that: RAIN!
And again in case it hasn't sunk in (like the panzers in the mud)
@#$%^&*! RAIN !!!
But the fighting must go on, and besides we have a secret weapon. 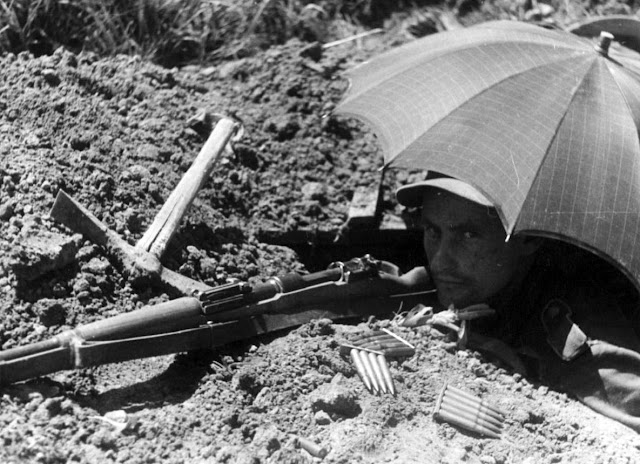 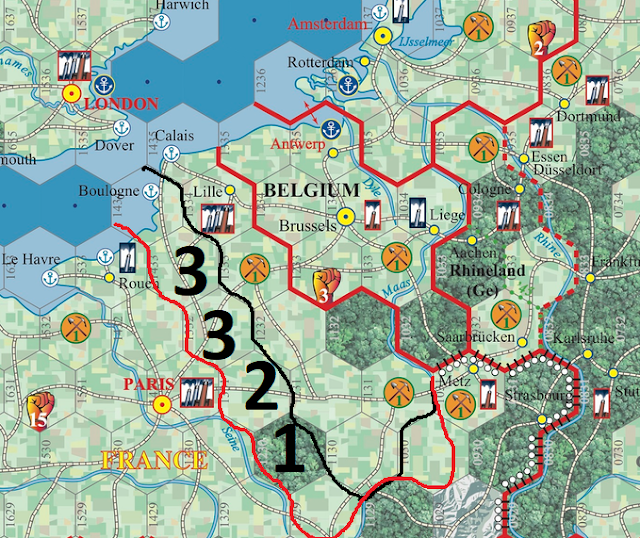 Black line is September/October start line,
and the red line is as far as the Germans were able to advance,
in the murderous mud, torrential down pours and all round sodding conditions
Things got off to a good start with winning the initiative, but it was a cruel stroke of luck as the weather for the first impulse was rain.  Poor weather means fewer impulses, airforces at half strength and armour effects non-existent - the three things the Germans need to be able to exploit. Oh, and it halved supply range as well as movement, making things a leeeetle difficult.
First attack, Operation Regenschirm, cleared the wood southeast of Paris (a plus 19.5 blitz with a 14.6 dire roll for a TOTT result).
Second impulse saw more rain.  I should add that there is a 60% chance of fine weather during the September/October turn.  Operation Regenmantel approached Paris from the east (a plus 8.3 blitz lead by Rundstedt with a die roll of 10.5 producing a just a retreat).
Third impulse and rain continued despite a 60% chance of fine weather, just saying.  Operation Galosch Verlassen and Operation Richtiger Galosch really put the boot into the French who were hurriedly packing up their gear and heading home for Christmas (both blitz attacks one at plus 16 dire roll of 14 and the other at plus 8 with a die roll of 8 - why couldn't the rolls be reversed?  One German loss, at least it was cadre, and at least the hexes were taken, although the troops were spent, exhausted and sodden).  The fact that the units were all flipped might have been a problem in further impulses, but...
Not surprisingly the turn ended, but not before the nasty British snuck in a terror bombing of Dortmund causing the poor workers to down tools and head for shelter.  Mr Churchill is being referred to the League of Nations War Crimes Commission as soon as it can be established.

Not much is changing, steady, but slight growth, production spread across all arms.  Oils stocks are high (one benefit of short turns).
Grossraum Wettererkundungsstaffel is established (sadly there is no counter for this much needed unit.  Read all about it here:
https://warfarehistorynetwork.com/2016/05/19/wekusta-weathermen-of-the-wehrmacht/
But there are other plans as well to combat the peril of the weather:   https://www.theguardian.com/news/2020/oct/12/weatherwatch-hitlers-plan-for-intuitive-meteorologists

The USSR invaded Iraq, alarming the US Senate who proceeded to do nothing.
Italy and Japan keep trading with the US and using diplomacy to try and get Britain to cease its war of aggression.
There is talk of Herr Hitler visiting Paris in the Springtime.
The weather forecast for November/December is snow (30% chance of clear weather).  Initiative is with the French
Posted by Sun of York at 5:00 PM