At the club Darren will soon be running a big game based on the Marengo campaign using a version of the Snappy Nappy rules.  Last night we had a practice/refresher game.

While I am not crazy about the SN rules, I do very much like the concept. 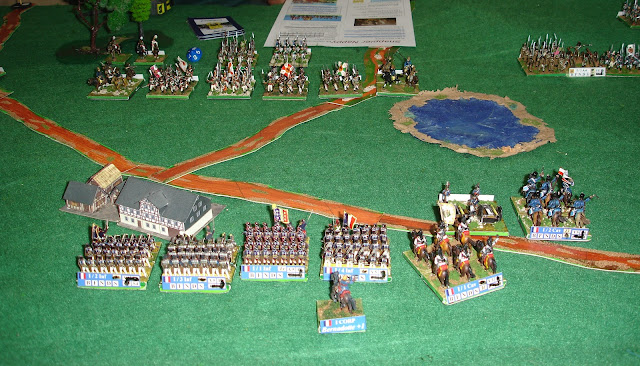 The central third of the table where my command is approaching the enemy.
Do some of my guys look a little thin?
Maybe even flat? 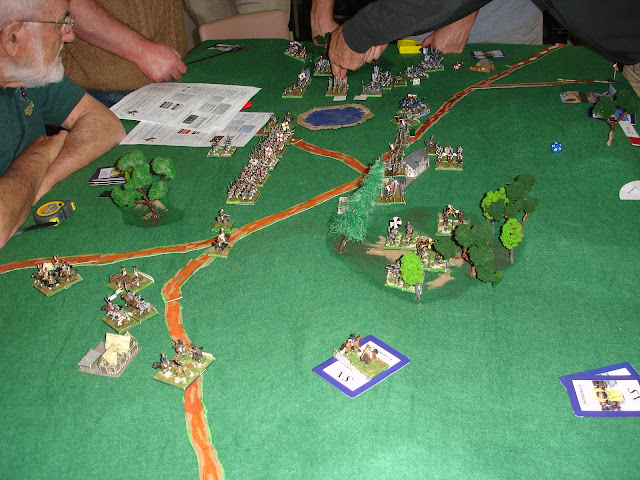 There's Dave waiting for my guys to advance.
Russell on my left decided to hide his troops in the wood.
Then Darren pulled a random event and it started raining.
The game bogged down 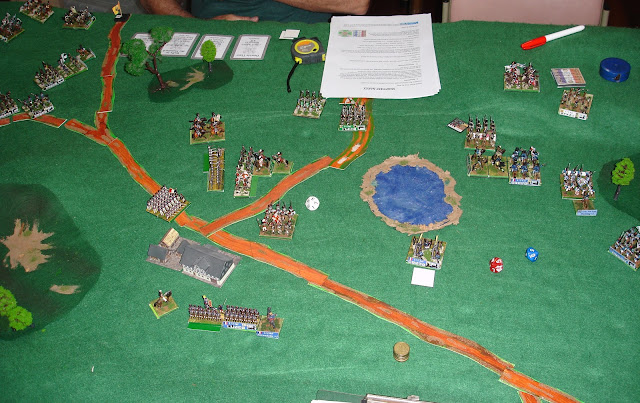 After it was pointed out that a rain was prohibiting play.
sunny skies appeared and the slaughter commenced.
SN can be slow to get going, but once action has started, it can develop very quickly due to the need to continue to do Morale Checks until they are passed.  As with Napoleon's Battles the scale is high level, in fact SN is 1" represents 150 yards, compared to NB's 1"is 100 yards.  A unit represents a brigade, large regiment or a small division with player's commands being corps sized formations.