All foot armies take to the field in a game of Basic Impetus 2.  My Vikings against Dave's English in a game of mutual destruction. 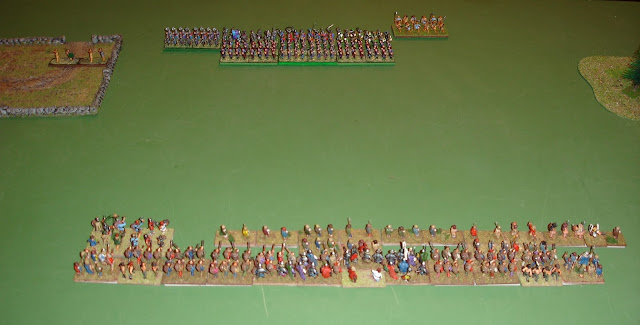 Pretty solid deployments.  The Vikings were defender and deployed first.
They have a skirmisher screen to protect the heavy foot from the English longbow. 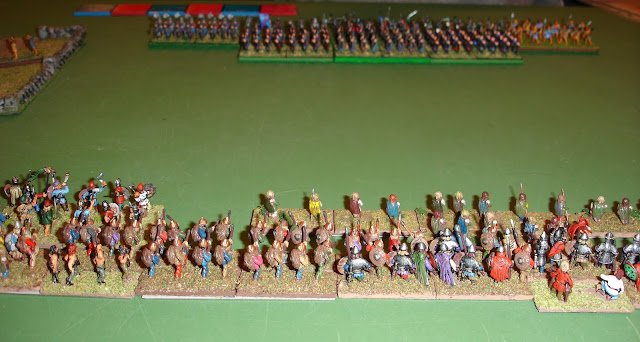 Turn 1 sees a cautious advance by the Vikings. 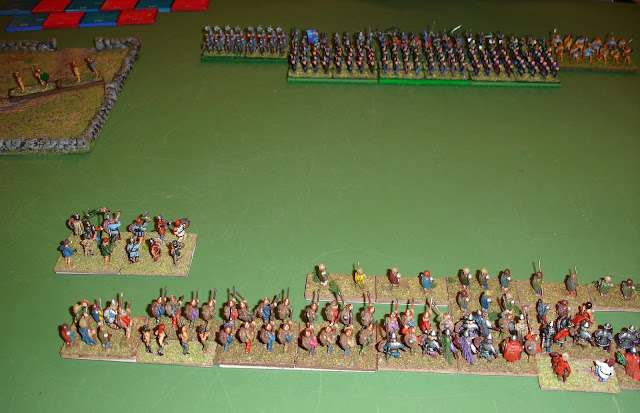 Turn 2 was even more cautious. 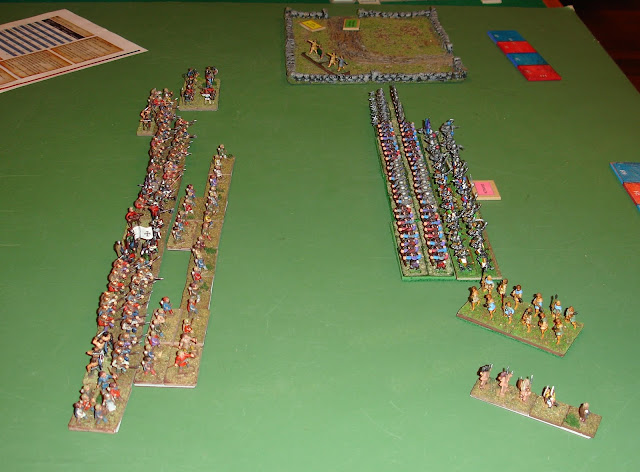 Turn 3 and the centres haven't closed within bow range, but on the wings action is underway. 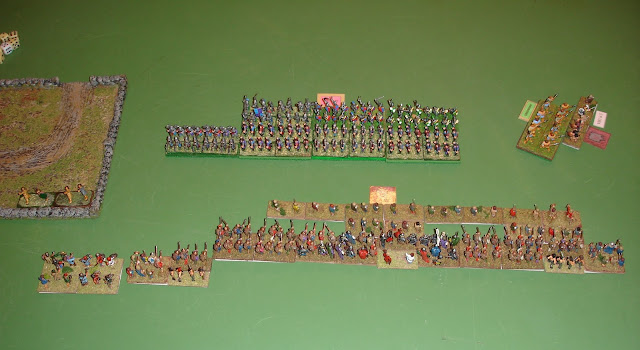 Turn 4 and the battle has commenced.
The Viking berserkers on the right are in trouble, but friends are on their way. 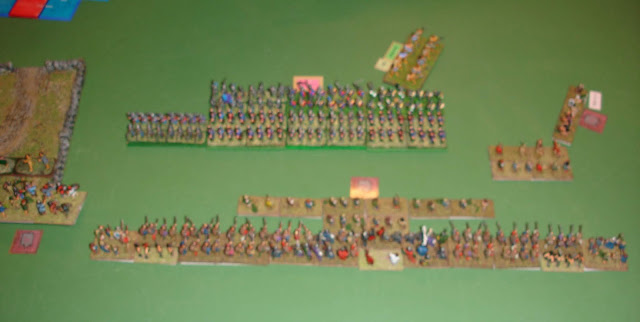 Turn 7 and it is at a critical point as to who goes first next turn. 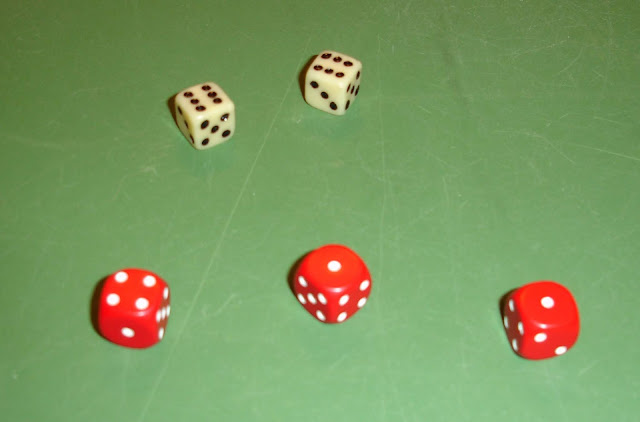 I use my Ace in the Hole.
Pathetic! 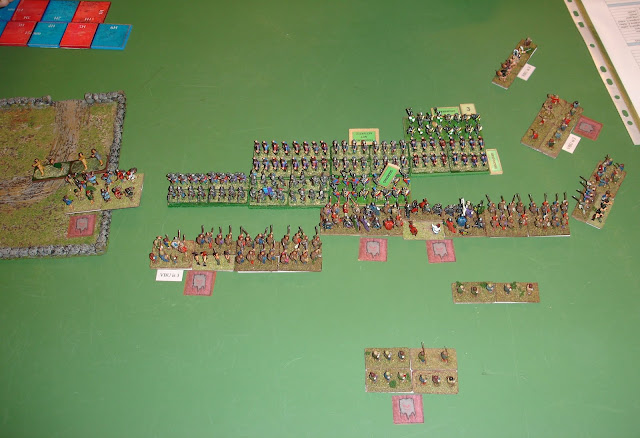 Turn 8.  So I didn't get the charge I wanted.
There has been success on my right, but my left is struggling. 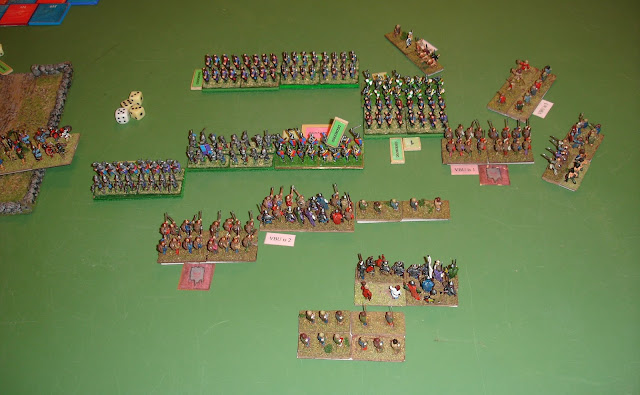 Turn 9 and the fighting continues.
Again it is good on the right, not so good on the left. 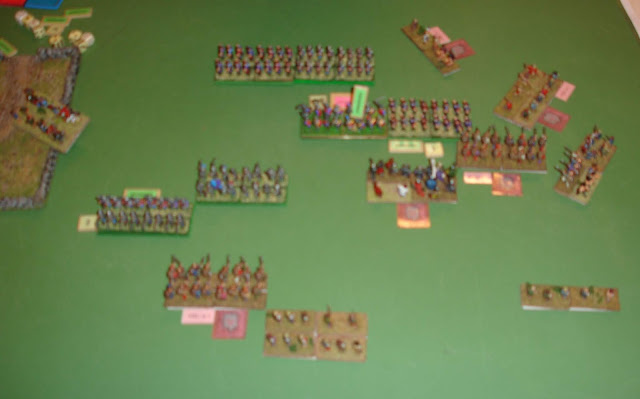 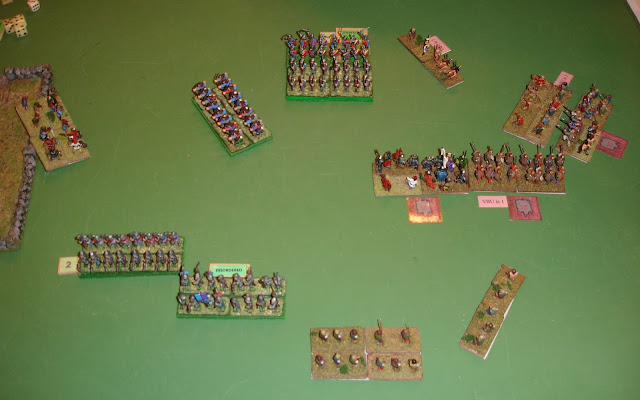 Turn 11.  Watch the unit of raiders on the far left, finally emerging from the difficult ground.
I've got an advantage on the right, but just can't bring it off.
My left has collapsed, but I have two fresh units to fill the gap. 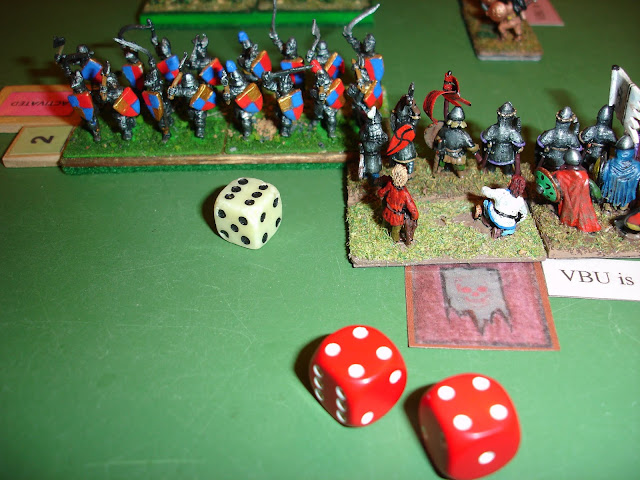 General to general.  The English get the hit, but the Viking fights on. 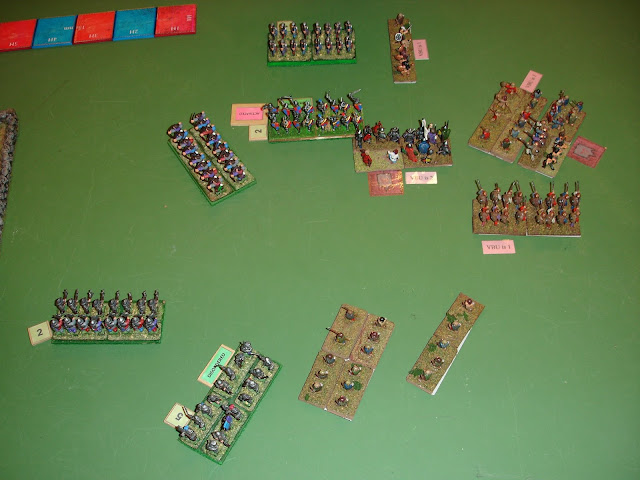 Turn 12.  Were you watching the raiders?  They just went "poof" in one move.
What should have been a devastating charge saw them shot up on the way in
and then slaughtered when they made contact.
The Generals remain locked in mortal combat. 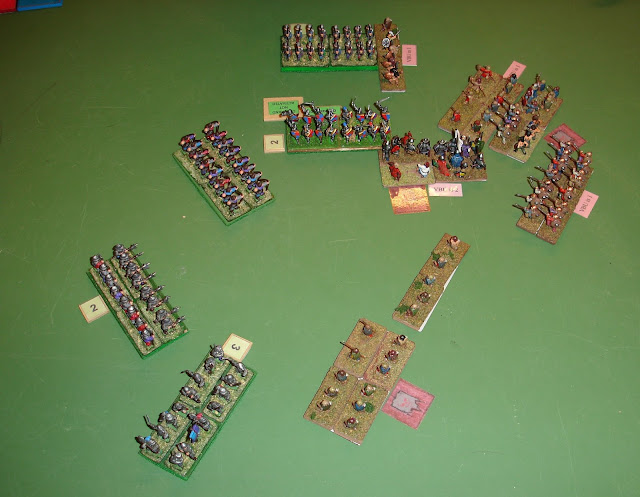 Turn 13 and still the fight goes on. 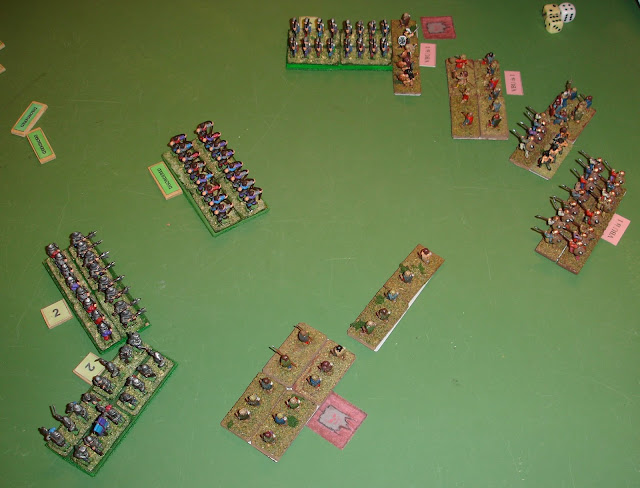 Turn 14 and game over.
Both armies rout.

My General killed his General, but the triumph was very short lived as he was then shot down by the last English longbow unit.  Such is life.
Posted by Sun of York at 5:59 PM