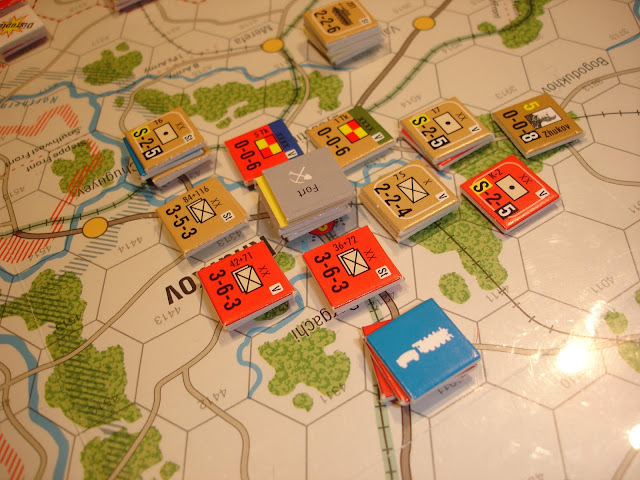 Stalin wouldn't stand for a siege of Kharkov and ordered an immediate assault.
It was successful. 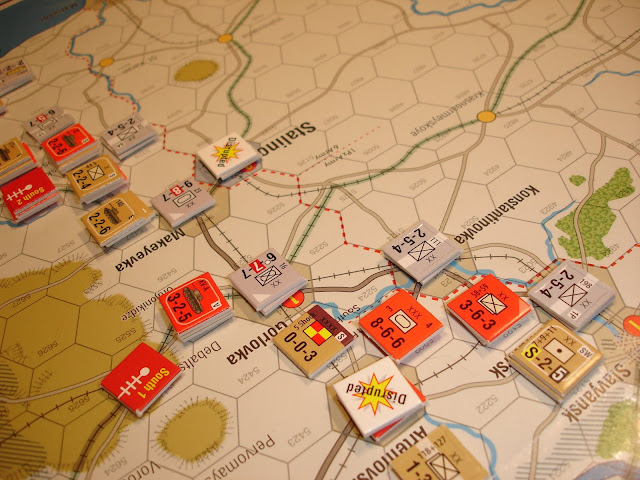 In the south attacks continue around Stalino. 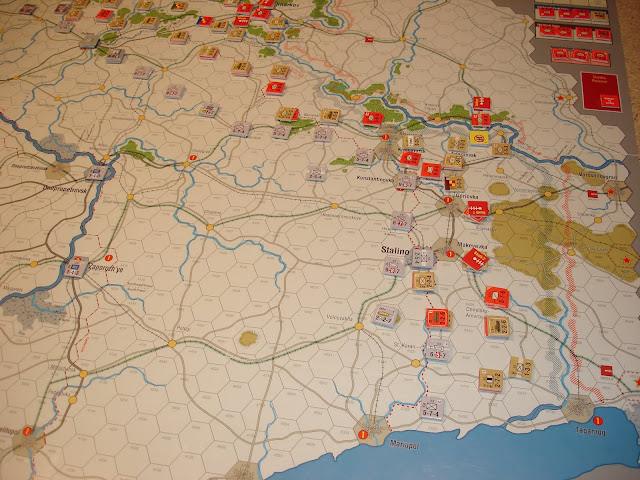 By the end of Turn 6 the Soviet pressure in the south had forced the Axis to pull back. 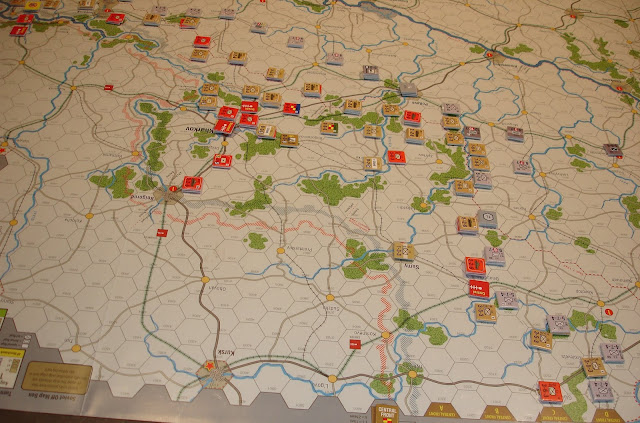 While in the north, with Kharkov captured,
the Axis have used the time to try and strengthen their line. 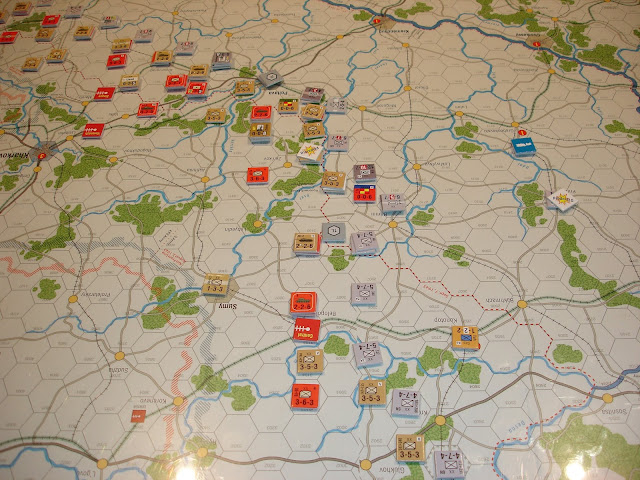 End of Turn 7 in the north and the fighting has been particularly bloody.
Axis counterattacks were required to extricate their units and reform a line. 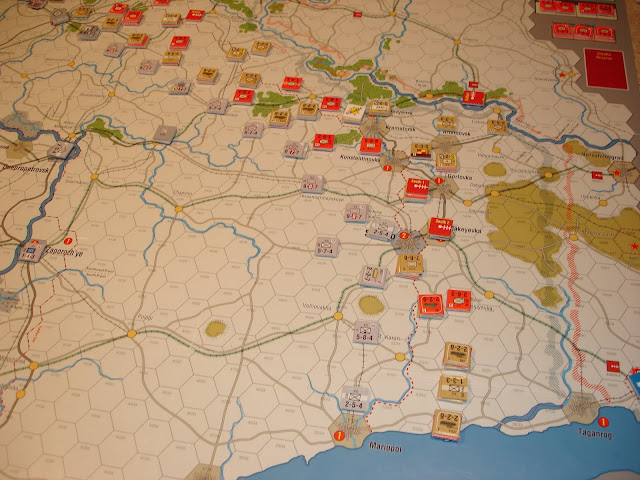 The Axis have continued pulling back in the south, abandoning Stalino.
Again they did a series of counterattacks to free units and try and buy time.
Posted by Sun of York at 3:25 PM