Today we finished Ukraine '43 when the Soviets achieved six more Victory Points than their historical counterparts did at the end of Turn 11. 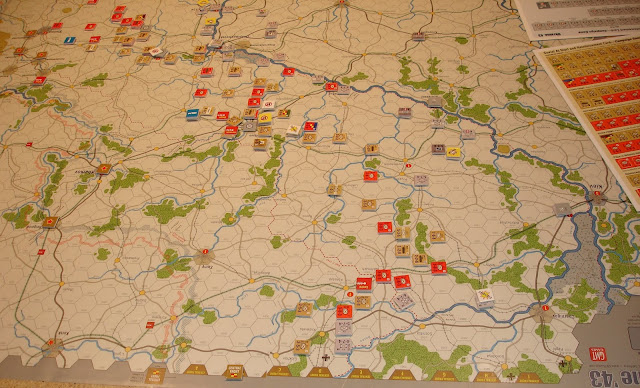 End of Turn 10 and the breakthrough has widened significantly.

The Axis are trying to fight their way out of Poltava.
The Soviet are now at the Dnepr. 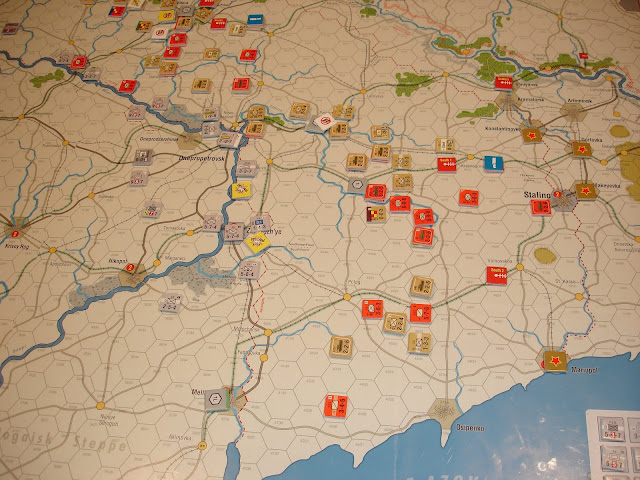 Turn 11 in the South and the Axis have gone into full retreat. 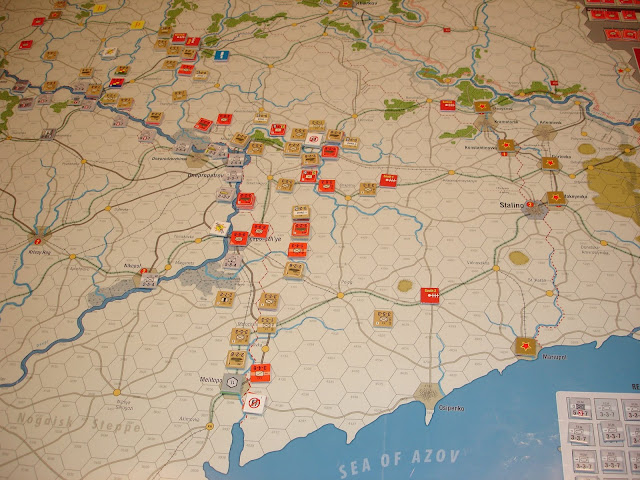 End of Turn 12 in the South.
The Soviet pursuit, although starting to stretch their supply lines,
caught up and inflicted a major loss around Zaporozh'ye. 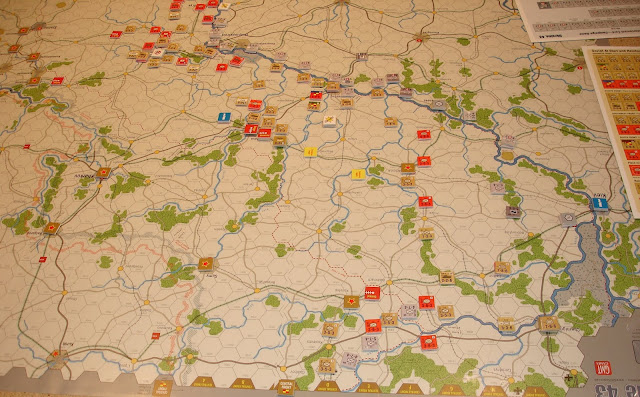 While in the North the Axis have retreated over the Dnepr.
Again the Soviets are beginning to have supply problems,
but it has not stopped them so far.

At this point Automatic Victory occurred for the Soviets.  A complete reverse of our previous game.  I attribute this to two things: first I followed the initial walkthrough in the correct sequence this time which saw one Axis unit eliminated; second I focussed on attacking places of weakness.
Posted by Sun of York at 3:08 PM