Last night at the NWS we had a four player game of Wings of War with Mark B's new Mustangs taking on my new FW190 and Stephen N's FW190.  Simon piloted the other Mustang. 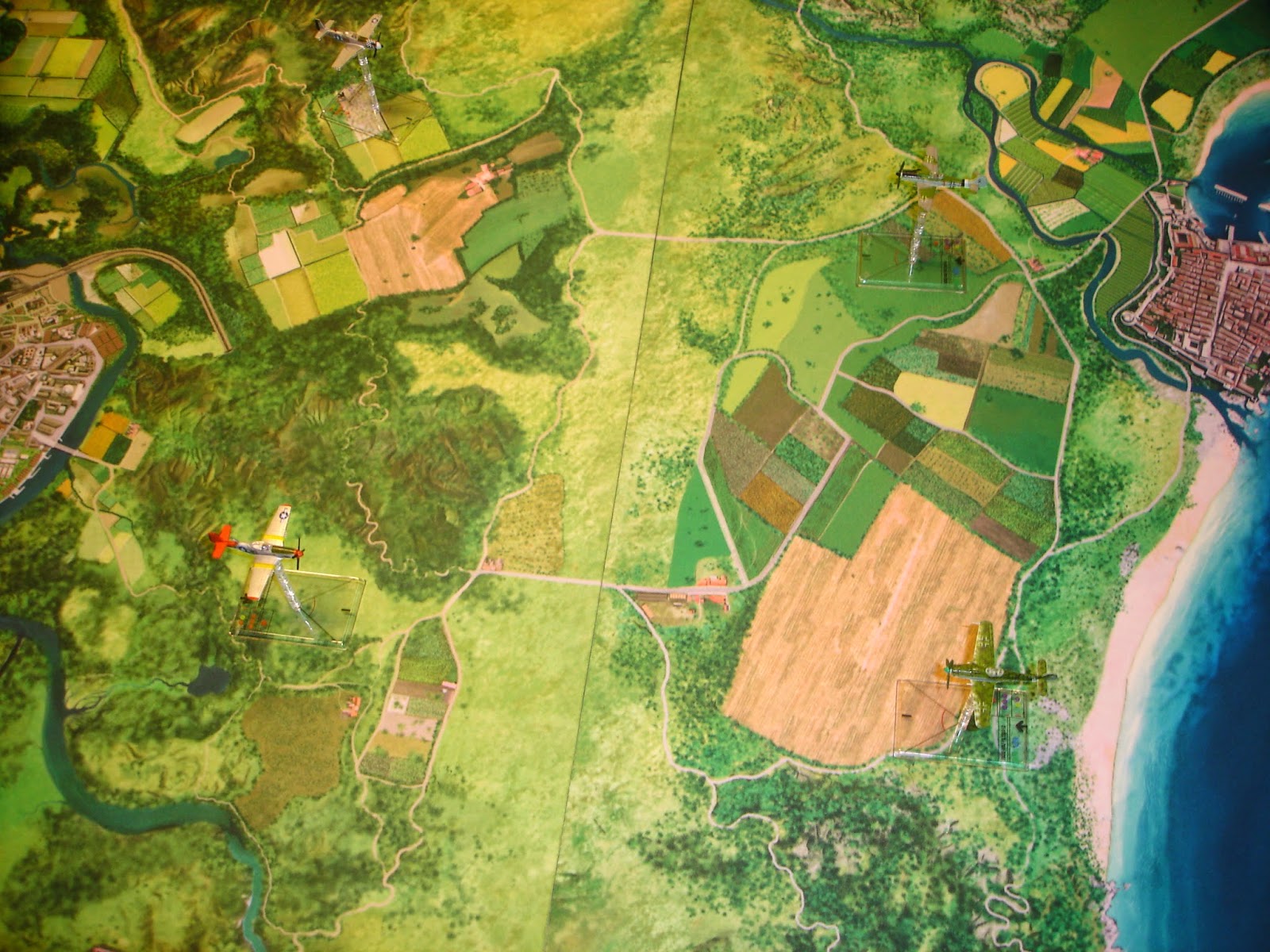 A bit hard to see top down as the planes fly over France, eh, the lovely Ares game mats somewhere on a table in the North Perth Bowling and Recreation Club. 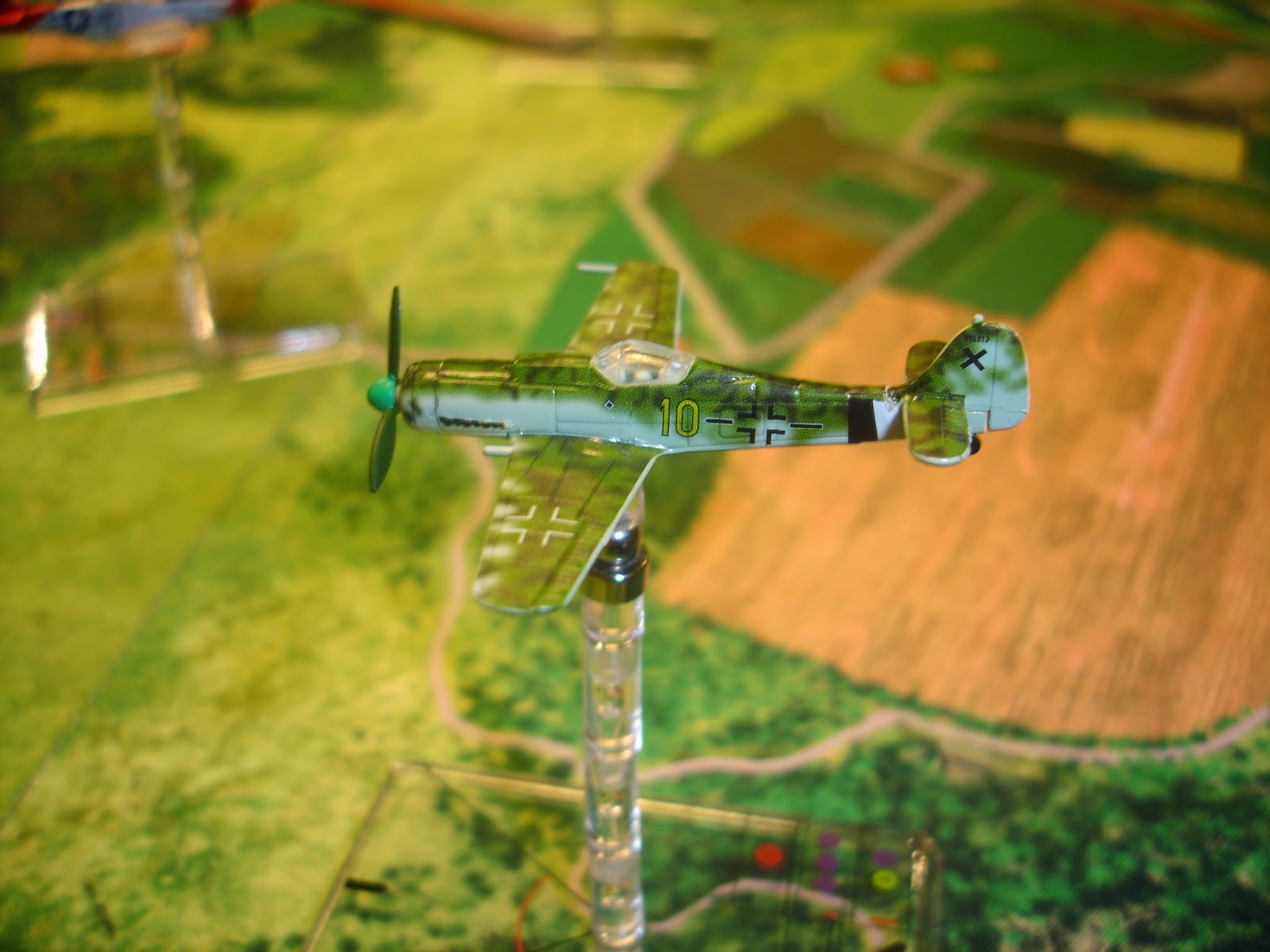 There's my plane.  I hadn't noticed the cross on the tail (I'd only just - very carefully - extracted the model from its box minutes before the game).  I'll have to detail that so everyone knows its the bad guy. 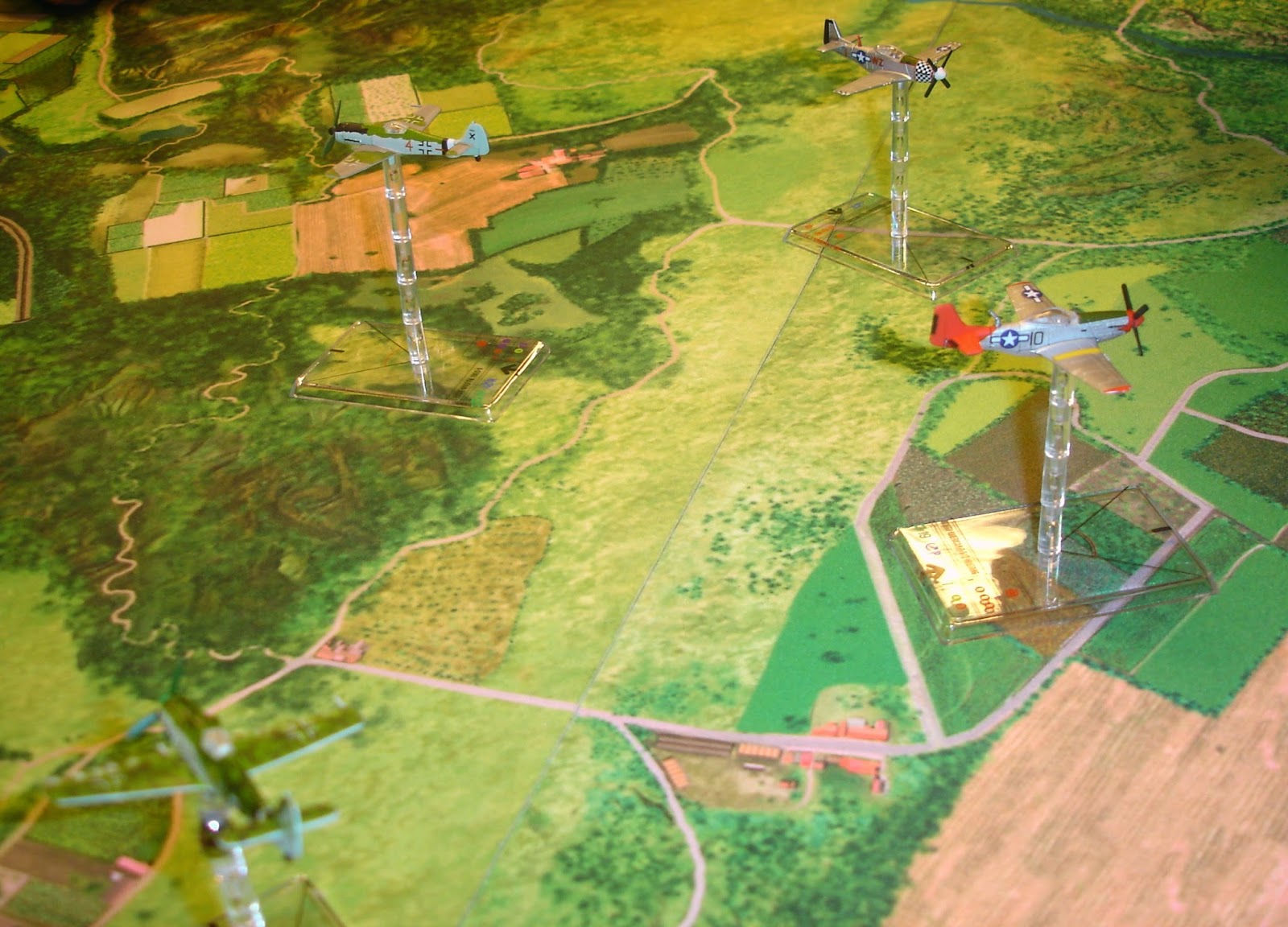 Lots of action, but little shooting as the planes are either just out of range or arc.  One of the limitations in the Wings of War system is that it depends on where you end your move as to whether or not you get a shot.  No fly-bys 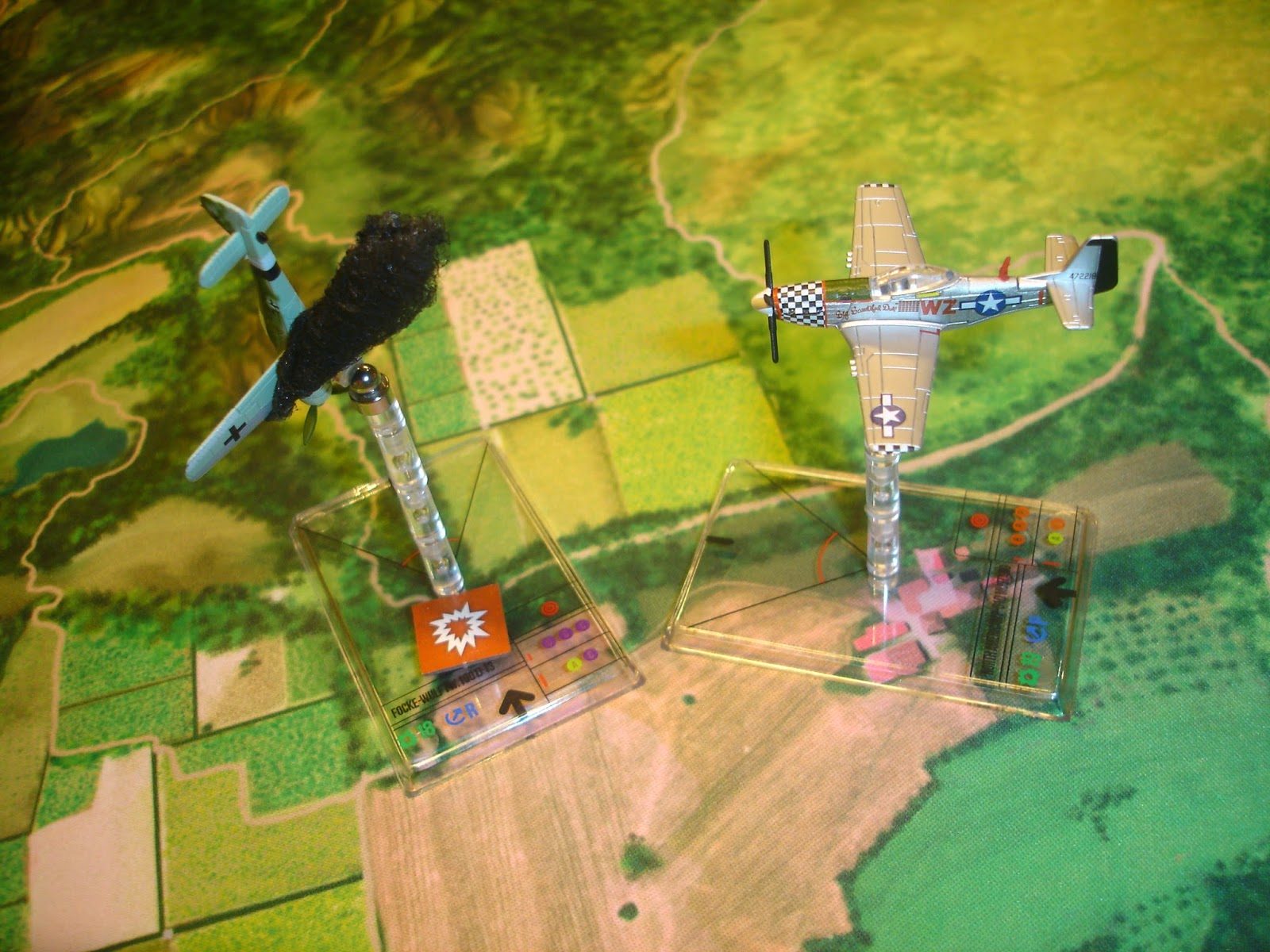 Well, that was it.  Bad enough that the card sharp Simon had let me position myself right in front of his plane inflicting three hits, I went and picked the explosion (the other two chits being a 0 and a 1).

I stopped taking pictures, however the game must go on and here are some of Mark B's photos to continue the story. 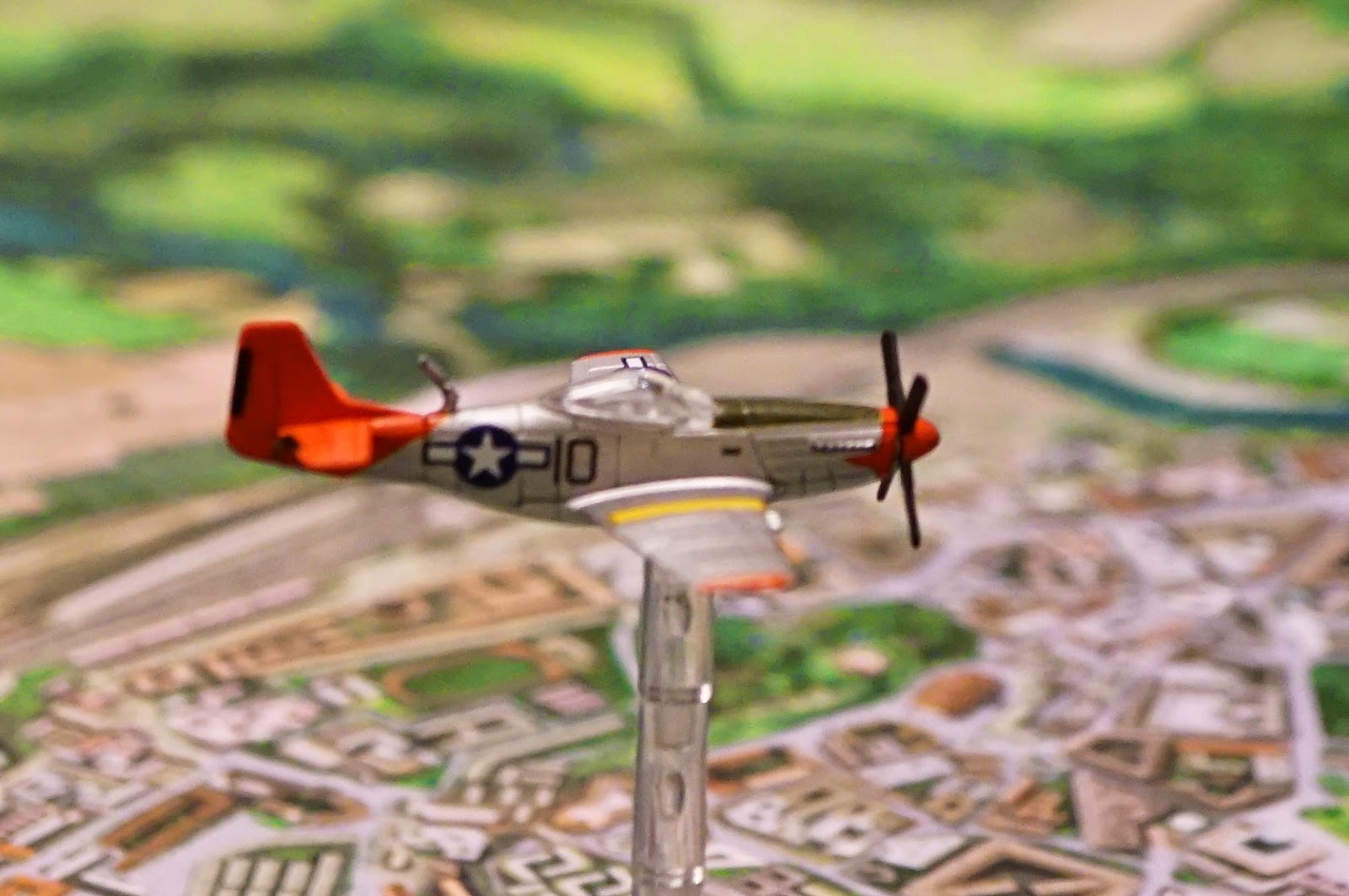 The plane piloted by Mark B which is modelled on the one flown by Spurgeon Ellington (who I can't do justice to in this post, but who certainly warrants following up when I have time).  Notice the broken antenna, these planes are perhaps not as robust as they need to be. 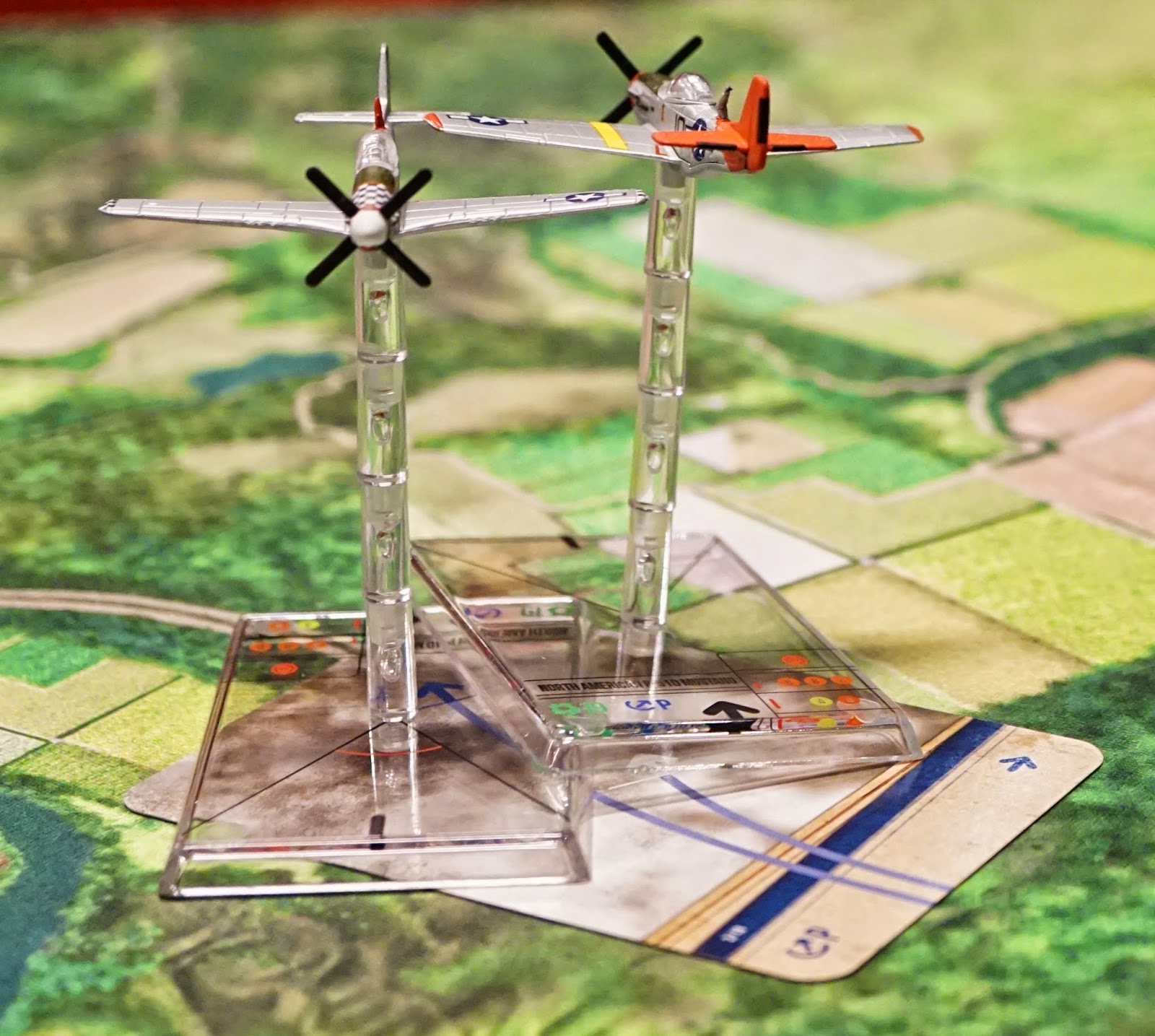 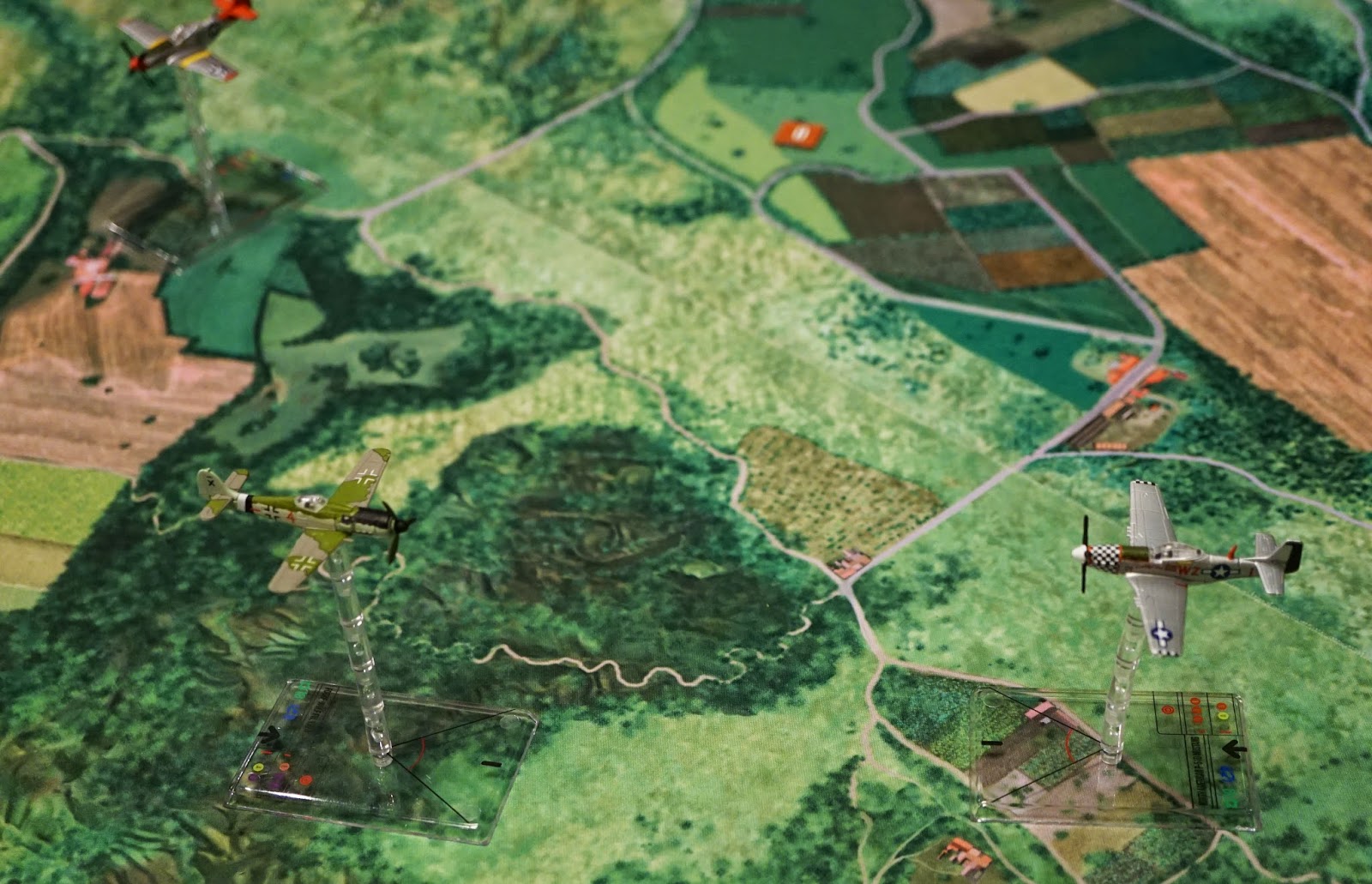 With all that space it is hard to imagine how the planes manage to collide, but ... 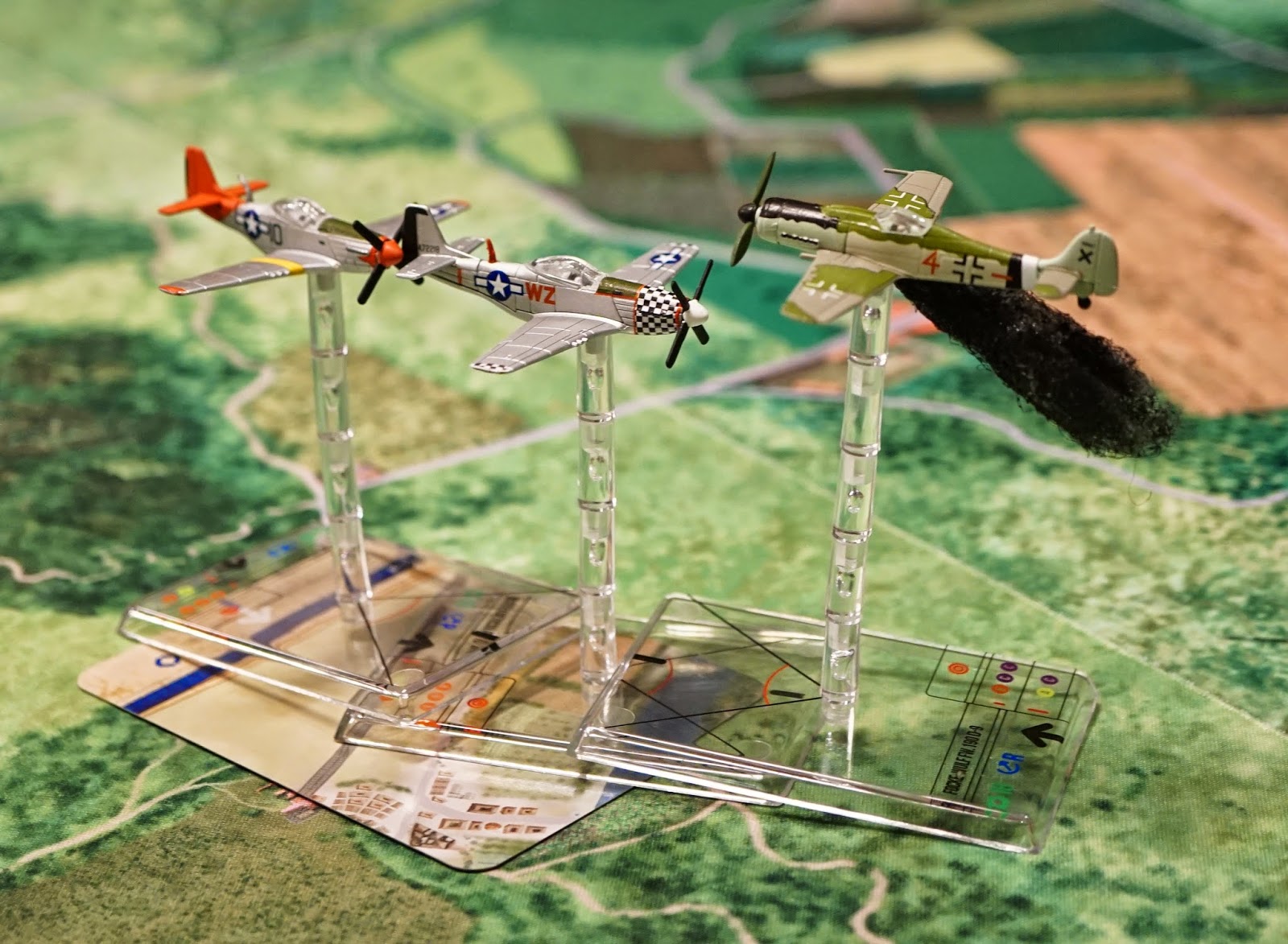 Whammy!  One Mustang rear ends the other and both crash into the now flaming remaining Focke Wulf.
Only the red tailed Mustang flown by Mark B survives.

And I thought Sails of Glory was bad for collisions.