Last night at the NWS Stephen launched the HMS Royal George, a 100 gun first rate ship of the line.  I decided to take it on with the 32 gun Unite and the 74 gun Generaux. 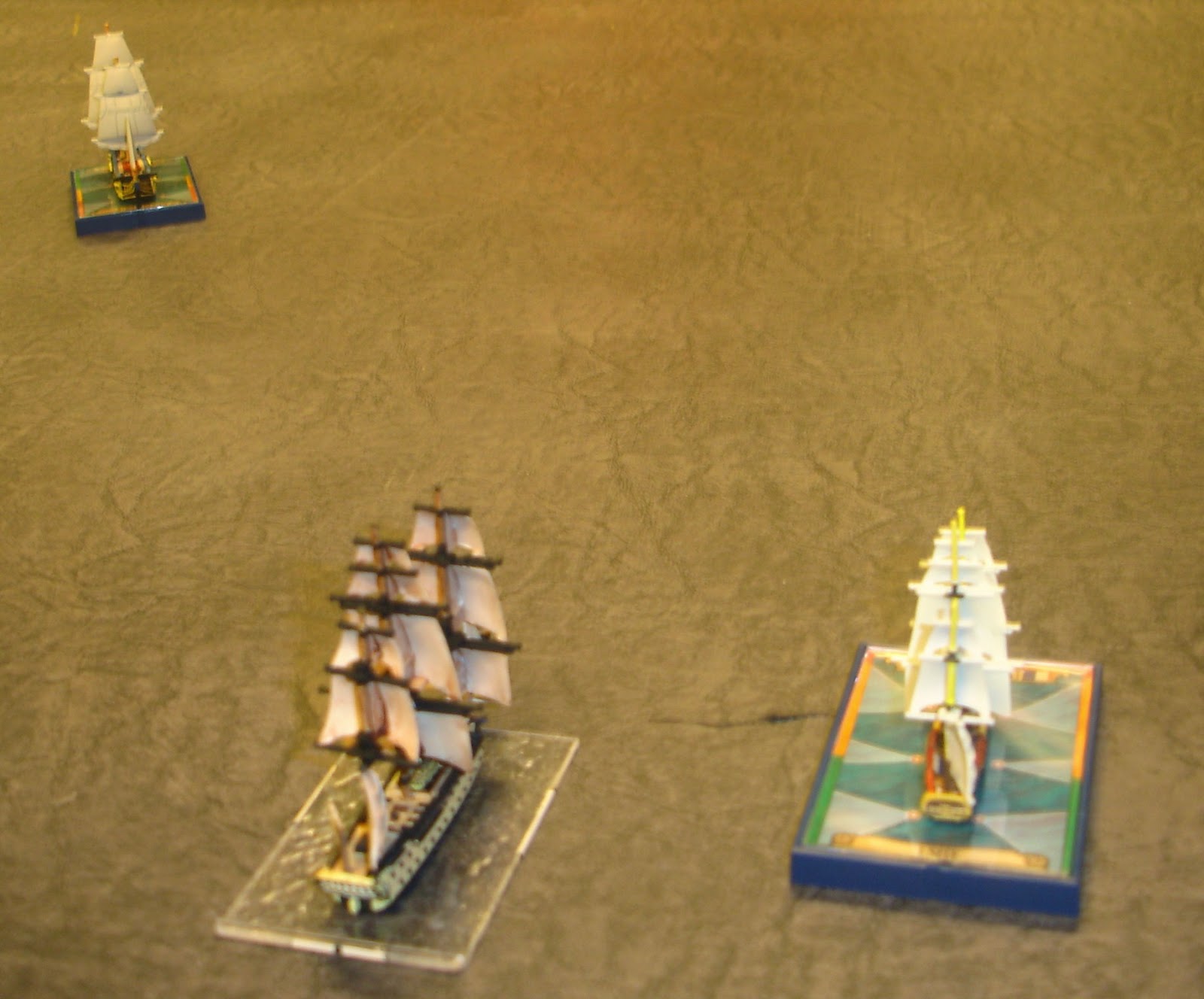 The HMS Royal George comes into view across the briny vinyl sea. 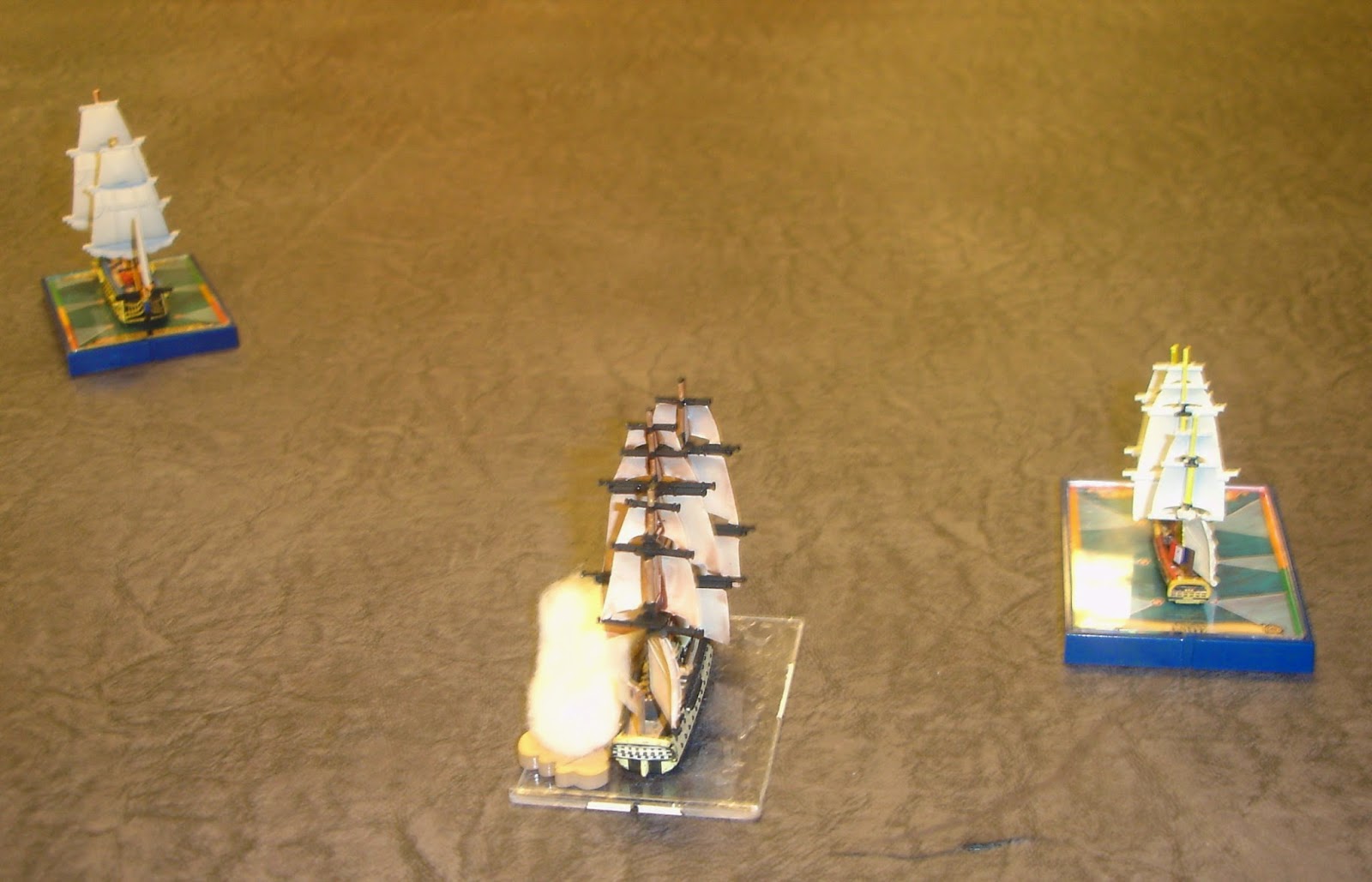 The Generaux gets off the first broadside with a bow rake that caused the HMS Royal George to take on water.  The Captain commanding the George despairs that his ship is made of balsa. 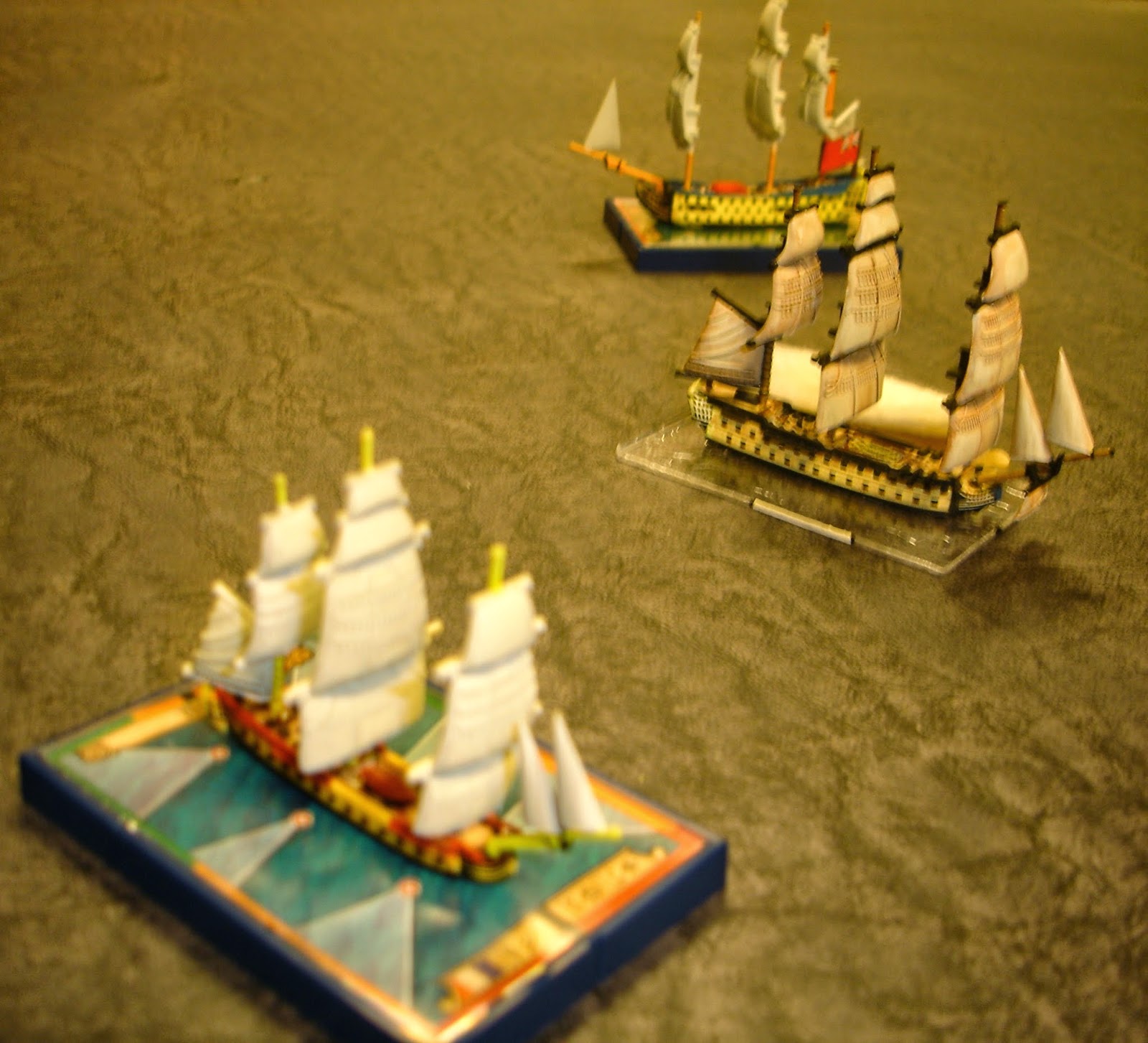 Generaux keeps up the pounding and Unite gets in a few long range shots.  The George keeps taking water as her crew work to repair the leaks.  However it was not all one way and with double shot the George was able to inflict some damage on the Generaux. 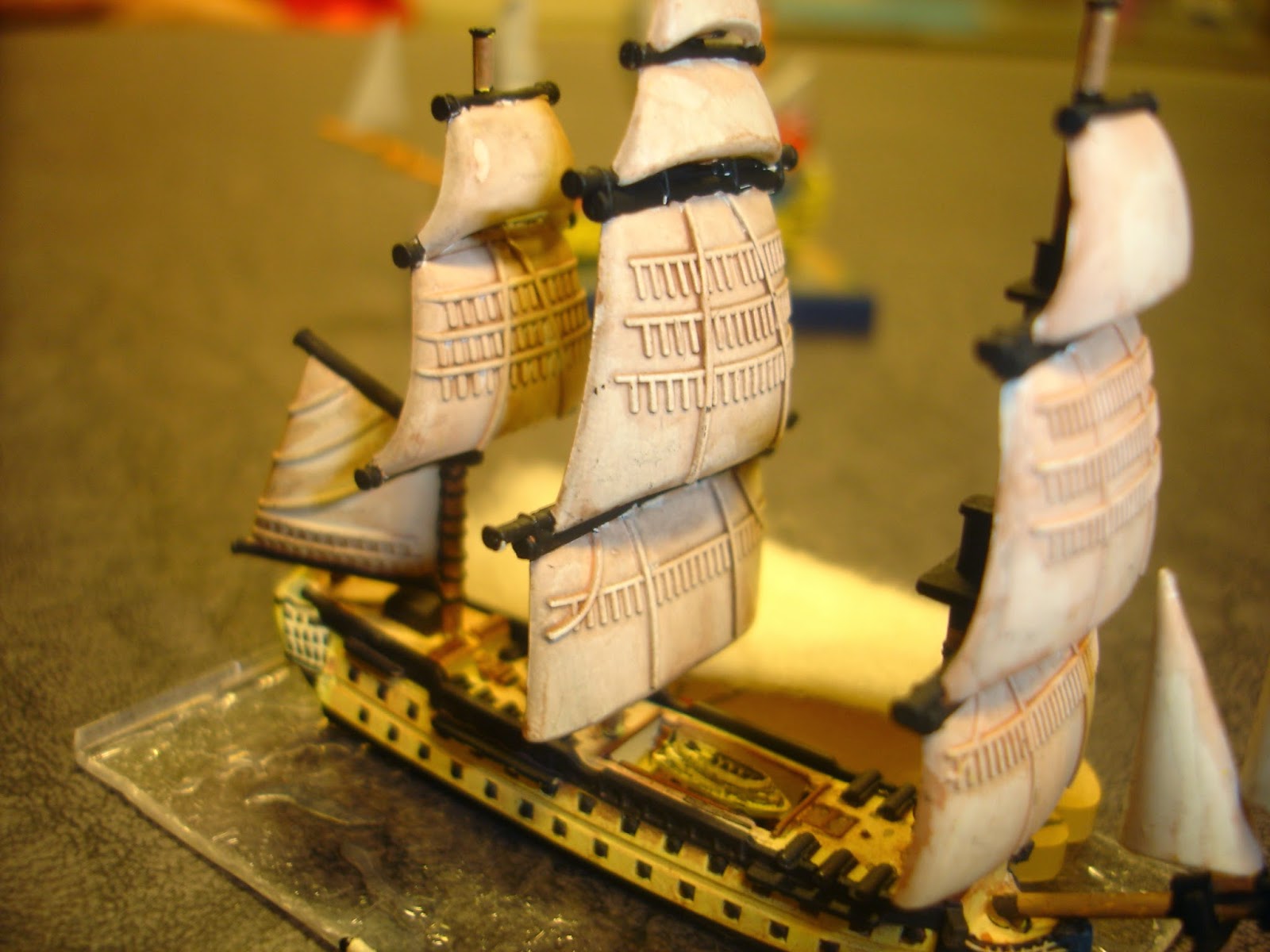 Close up of the "weathered" Generaux. 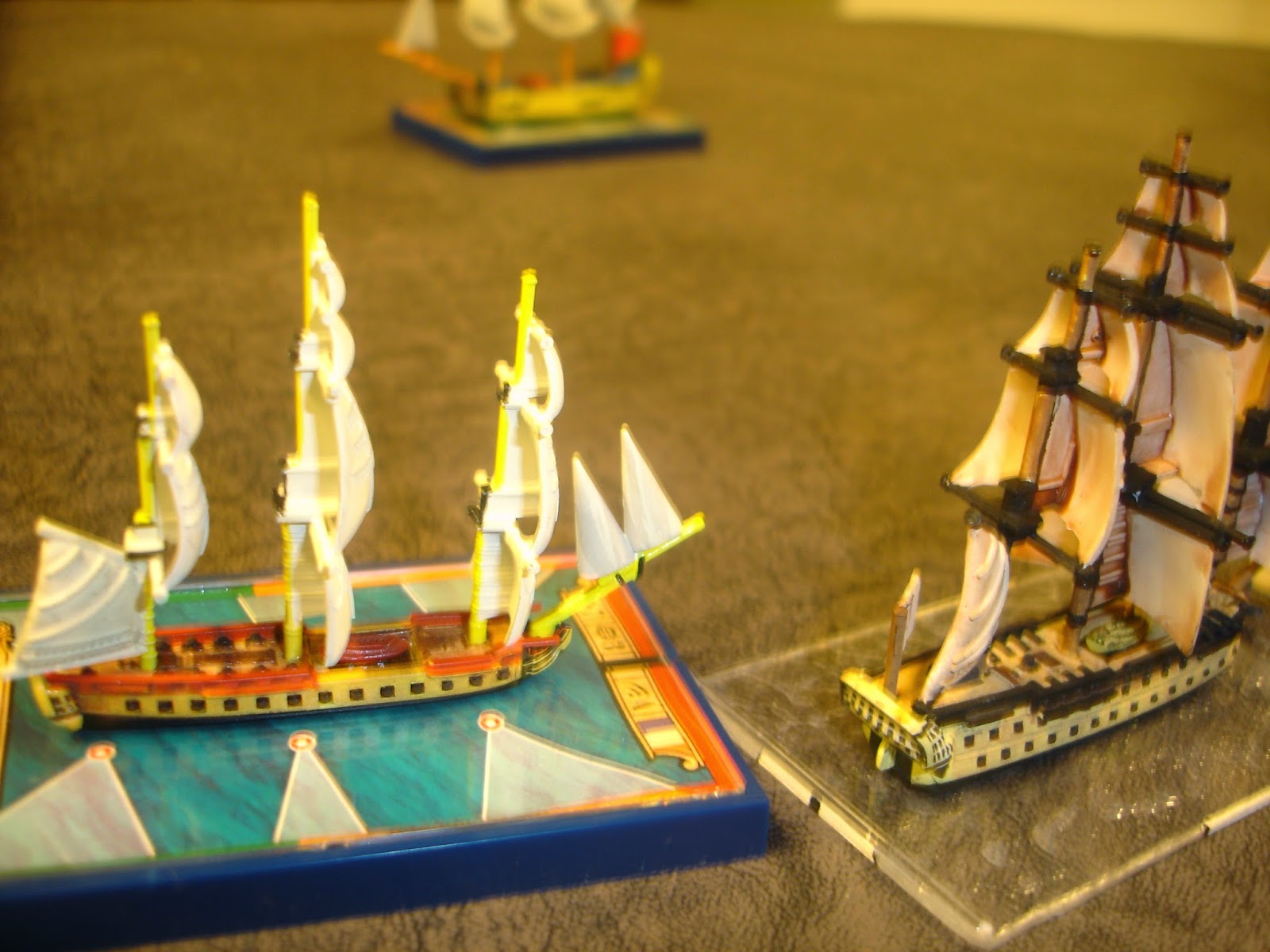 Disaster!  In circling around Generaux is taken aback and the Unite crashes into her stern.  Lots of damage is caused to both ships and Unite catches fire and the Generaux loses a mast. 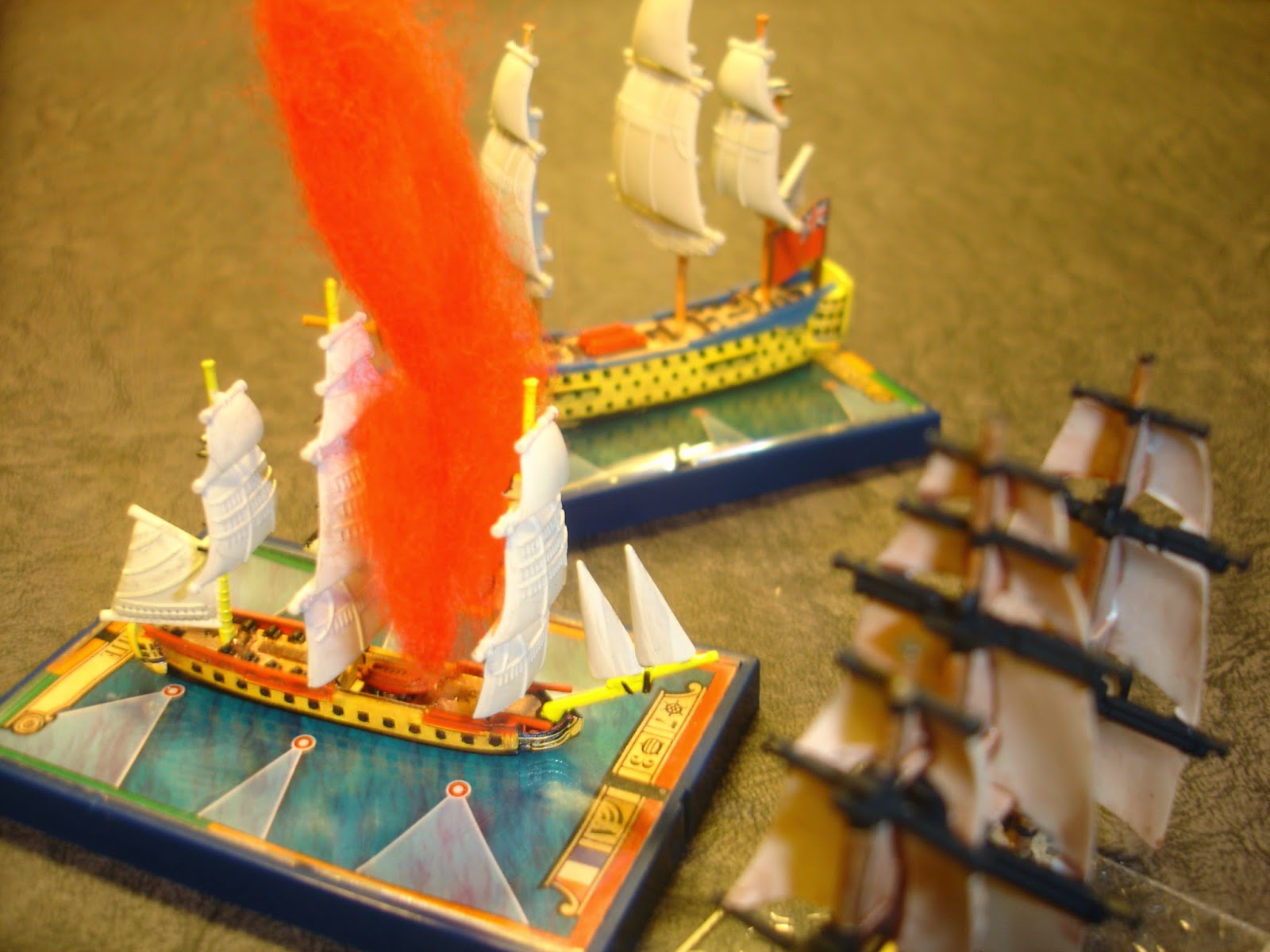 Disaster strikes twice.  A second collision (and a few shots from the George) puts paid to Unite.  Generaux suffers further damage from the collision, but presses on and collides with the George becoming entangled.  Under the Sails of Glory rules there is no damage when colliding with enemy ships...

The Generaux and George fight it out with a boarding action as well as a lot of musketry.  A blast of grape from the George clears the Generaux and the battle is over.  Victory to the new ship.

Observations from this game

Despite its larger number of guns, the George did not have a bigger broadside than the Generaux.

It certainly was capable of taking more damage.

The collision rules are flawed.  I will have to scour the Anchorage forum to see what other players have to say about collisions.

Email ThisBlogThis!Share to TwitterShare to FacebookShare to Pinterest
Labels: Sails of Glory