Lots of labels to go with this post, but the main one is probably nostalgia.  After seeing the Waterloo movie back in 1970 I started collecting Airfix Napoleonic figures.  One of my reference books was Philip Haythornthwaite's Uniforms of Waterloo.  I can remember looking at the pictures and thinking about how I could convert the then available figures to represent the units at Waterloo.

Many years pass and I move on to 15mm metals and never really look back, but the desire must be deep-seated and when I found out about the new plastic Napoleonic figures available I was tempted.  I tired hard to resist, but the games with the ANF and the coming of the Waterloo bicentenary provided too much.  Also inspiring was this post: http://quatrebraswargame.blogspot.com.au/2013/01/dutch-27th-jager-completed.html

Having now completed my own unit of 27th Jagers I am feeling pretty good and have a plan to do some more 1/72nd scale plastic Napoleonics for the Waterloo period.  Each unit will be created aroud a regiment, but will serve for both Napoleon's Battles and Shako as well as being suitable for some potential skirmish action with Songs of Drums and Shakos.  Time will tell.  I've mapped out what I need and have bought a couple more boxes of 1/72nd scale figures.

Pre-varnish, but on magnetic bases.  The green is probably too bright, but it helps the miniatures stand out on the table top.

16DbJG in line for Napoleon's Battles. 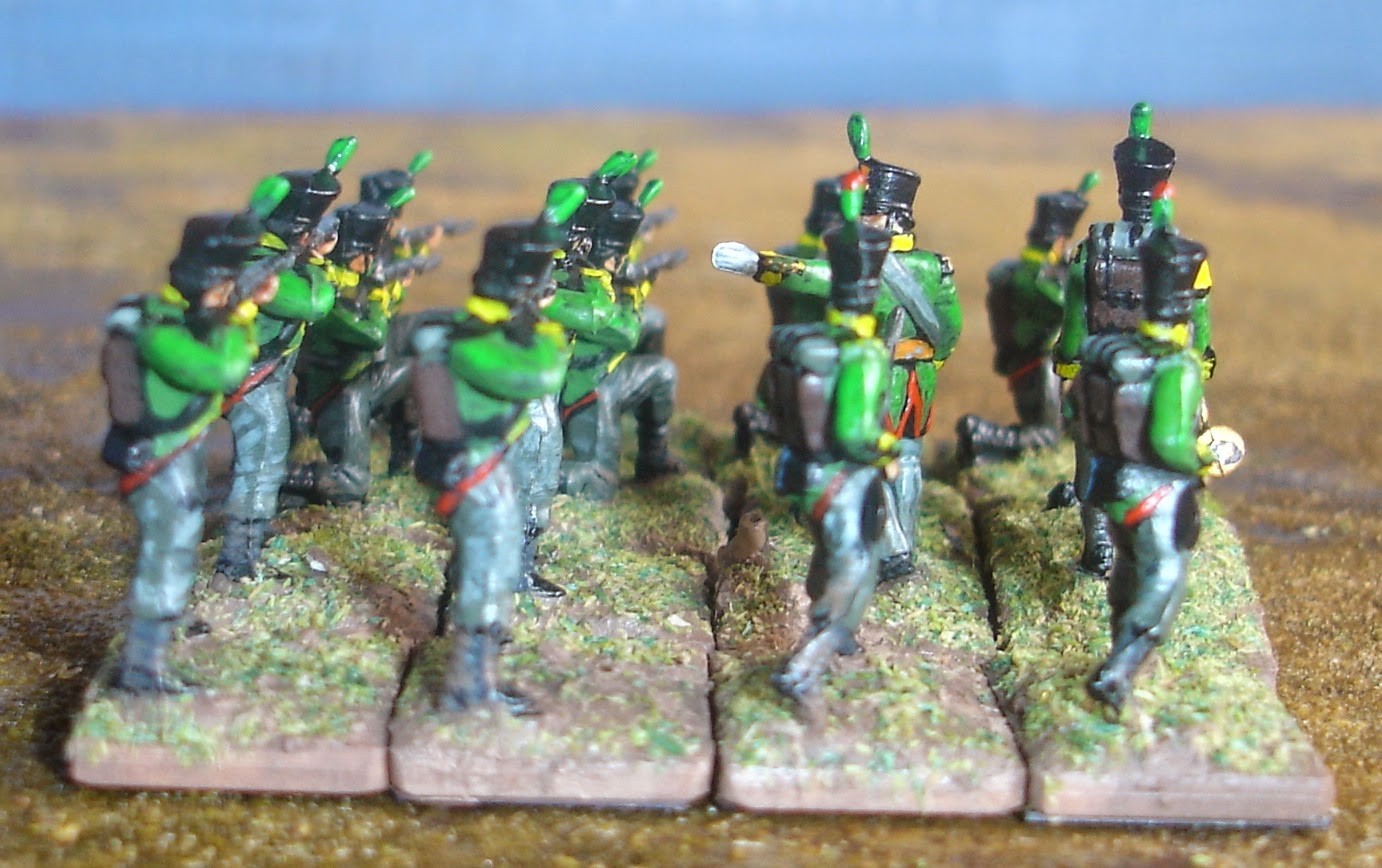 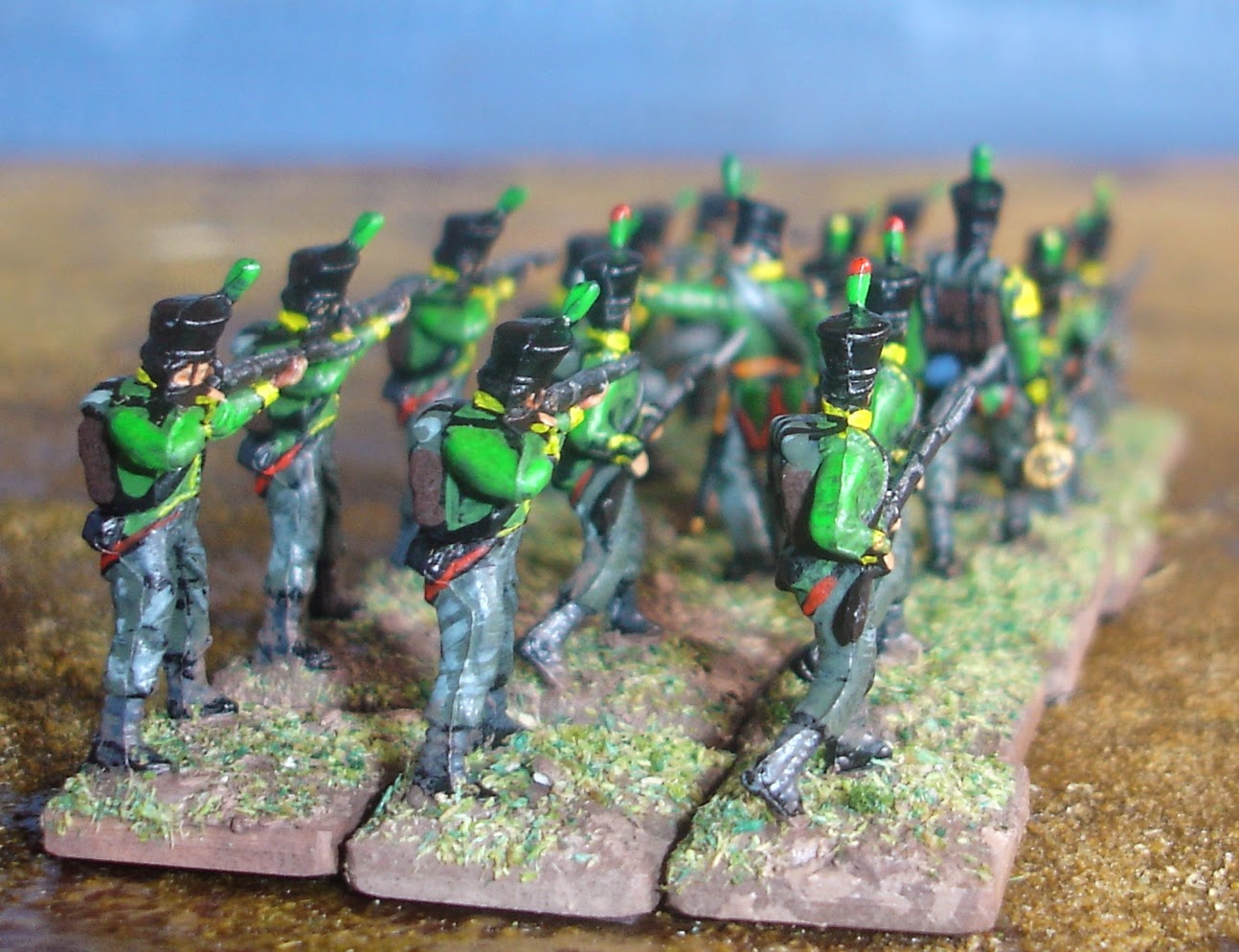 The Shako regiment/battalion in column. 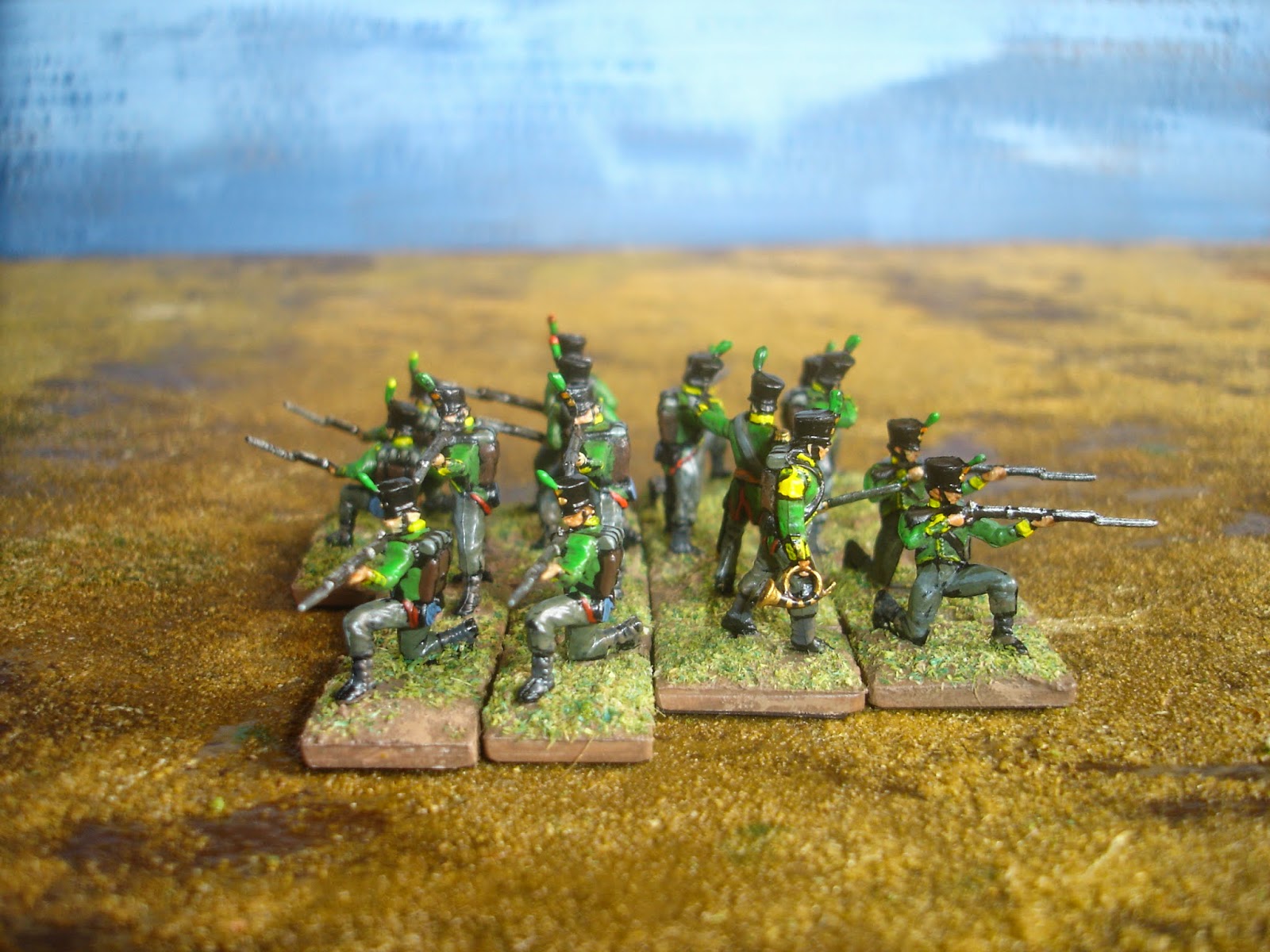 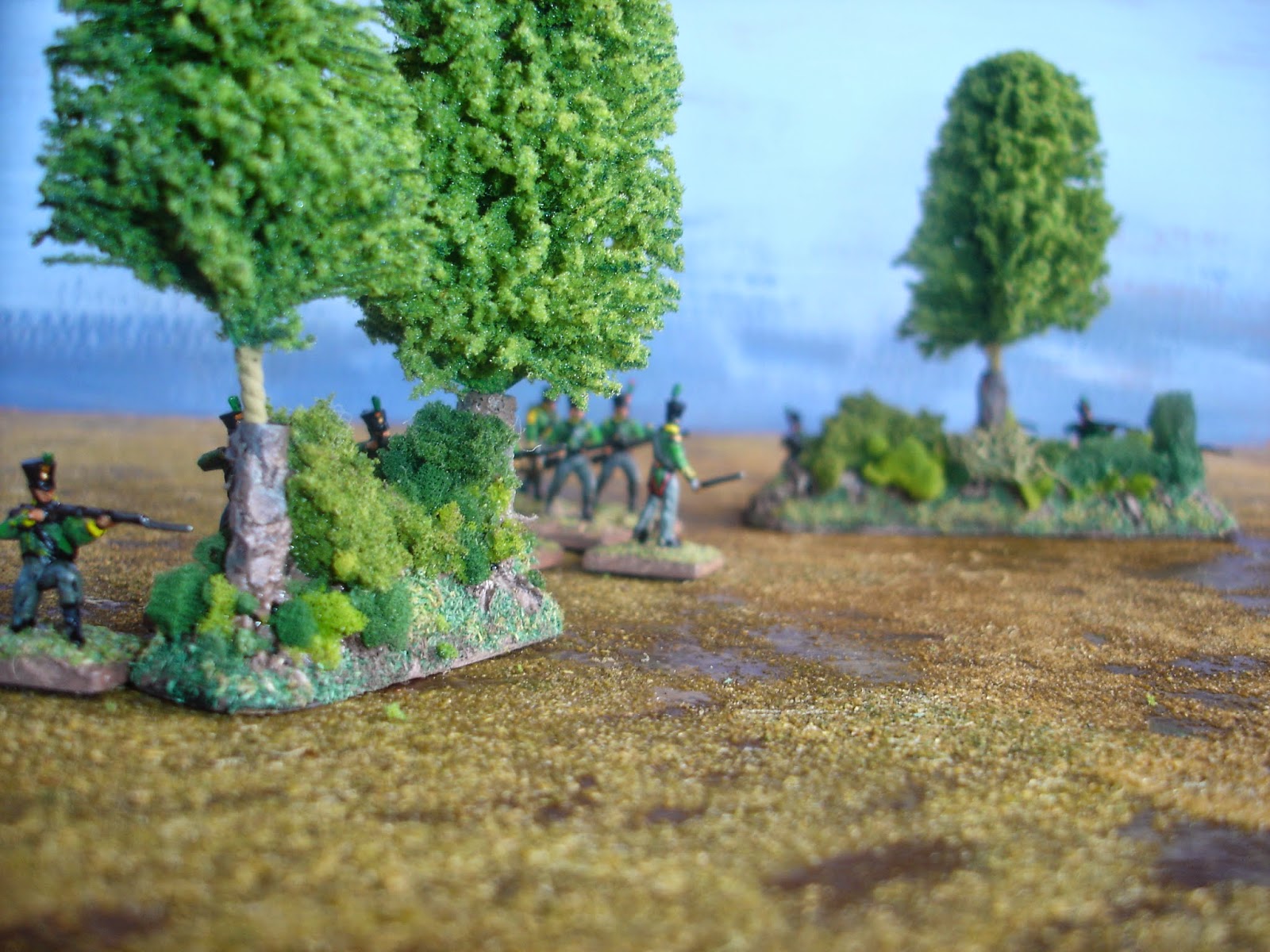 All that remains is to make them a flag/label and the officer figure's base has been set up to support such an addition.  The other thing is to create some metallic movement trays for when the big day comes and they get to participate in a Napoleon's Battles or Shako game.  I wonder which one will come first?