Maiden Voyage of the Imperial

A week ago my latest purchases from Military Simulations arrived and,... oh dear... 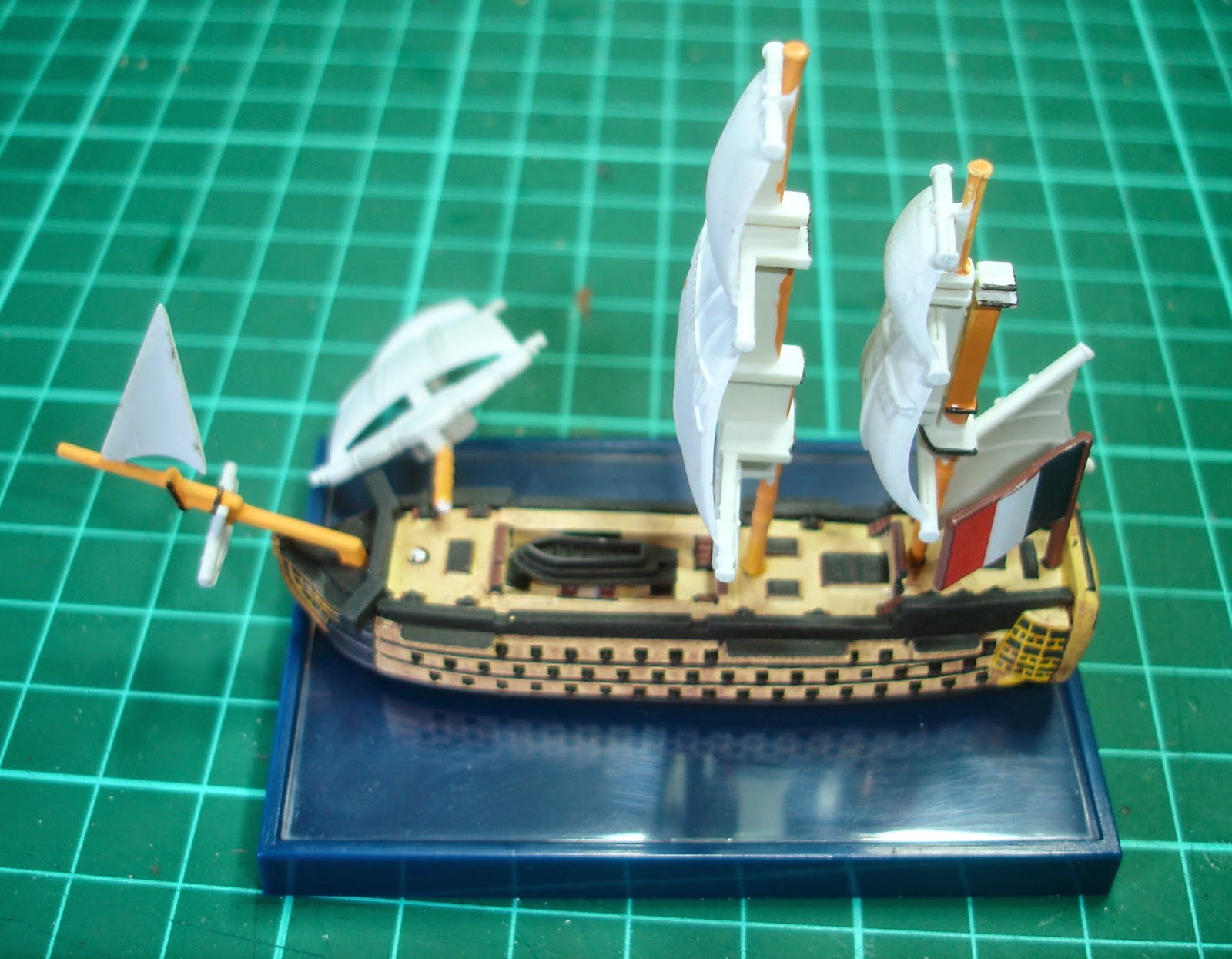 Broken mast.  Well, maybe this is the opportunity I have been waiting for. 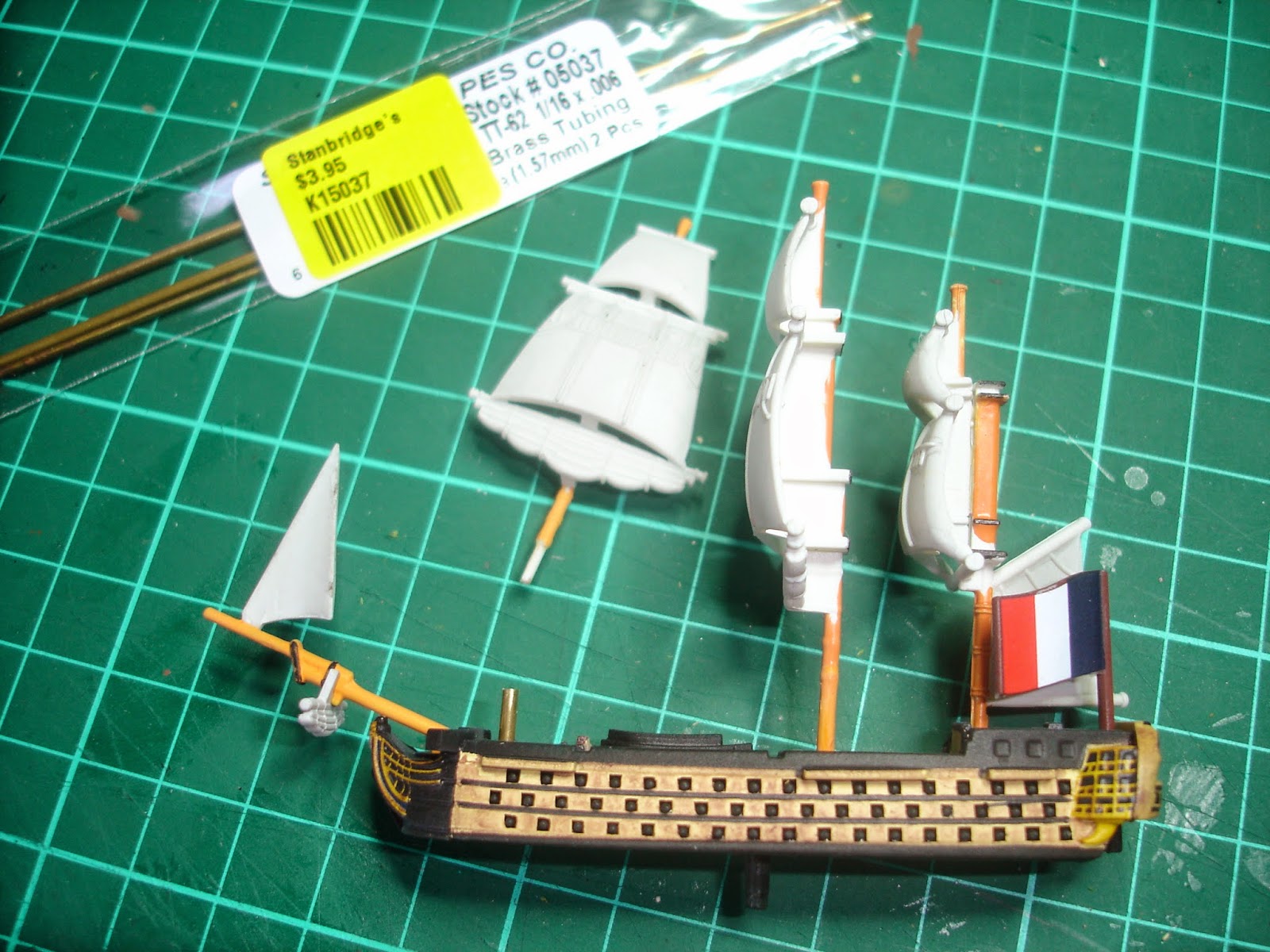 Drilled out the base.  Inserted brass tube.  Whittled down base of the mast.   Fixed.  What's more, I can now show battle damage (although that is rather a negative mindset for such a fine ship).

Today Mark W and I had a game of Sails of Glory in which I took the Imperial (which since its repair I had weathered the sails and painted the masts and yards, although not yet redone the ensign or rebased it) out on its maiden voyage while Mark took command of the HMS Defence and the HMS Meleager. 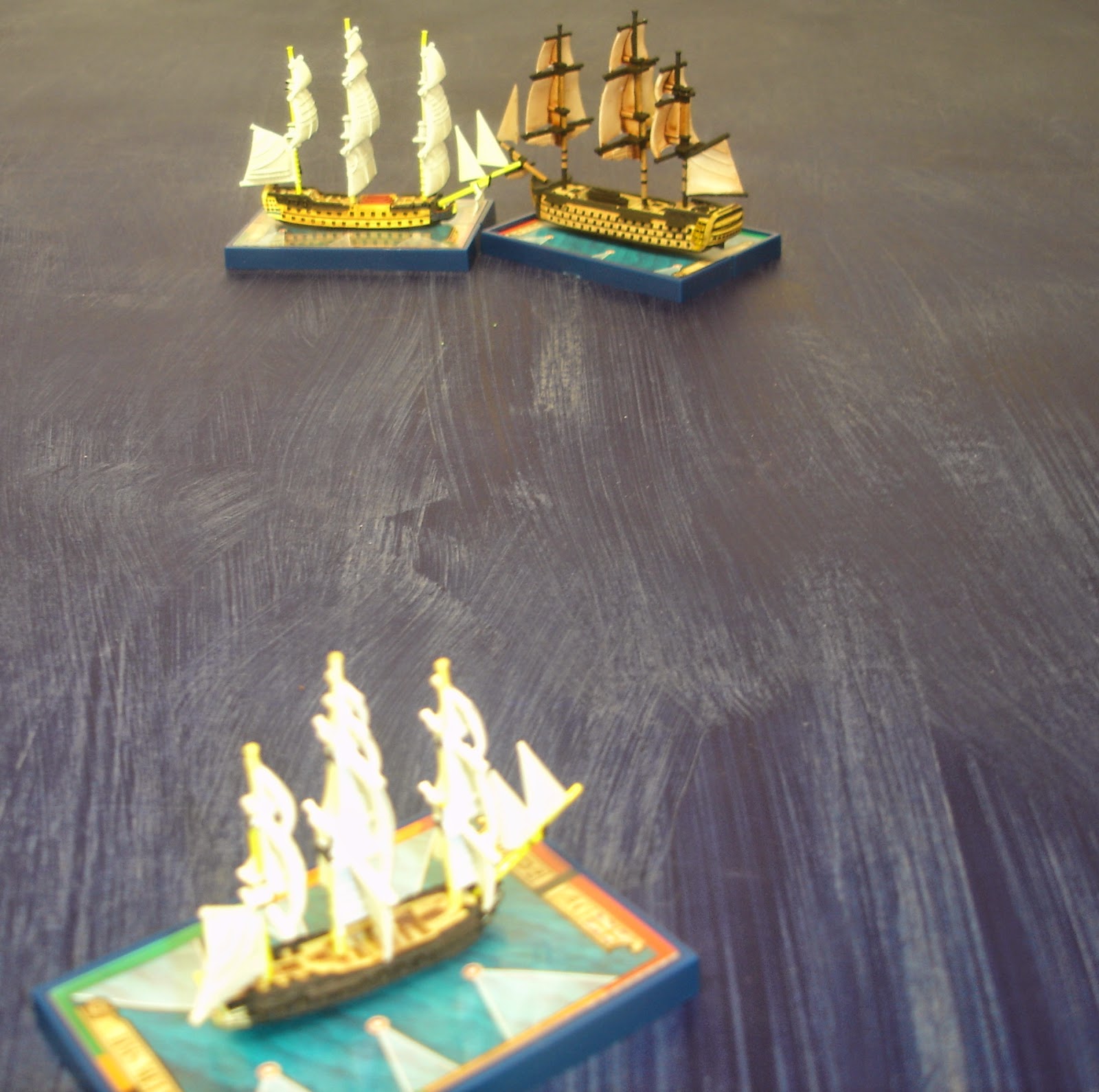 The frigate looks on as the two big ships go man to man or should that be woman to woman, given that they are ships?  This gave me a chance to try out the new collision rules: test for entanglement (nothing) and both ships have "struck sails" 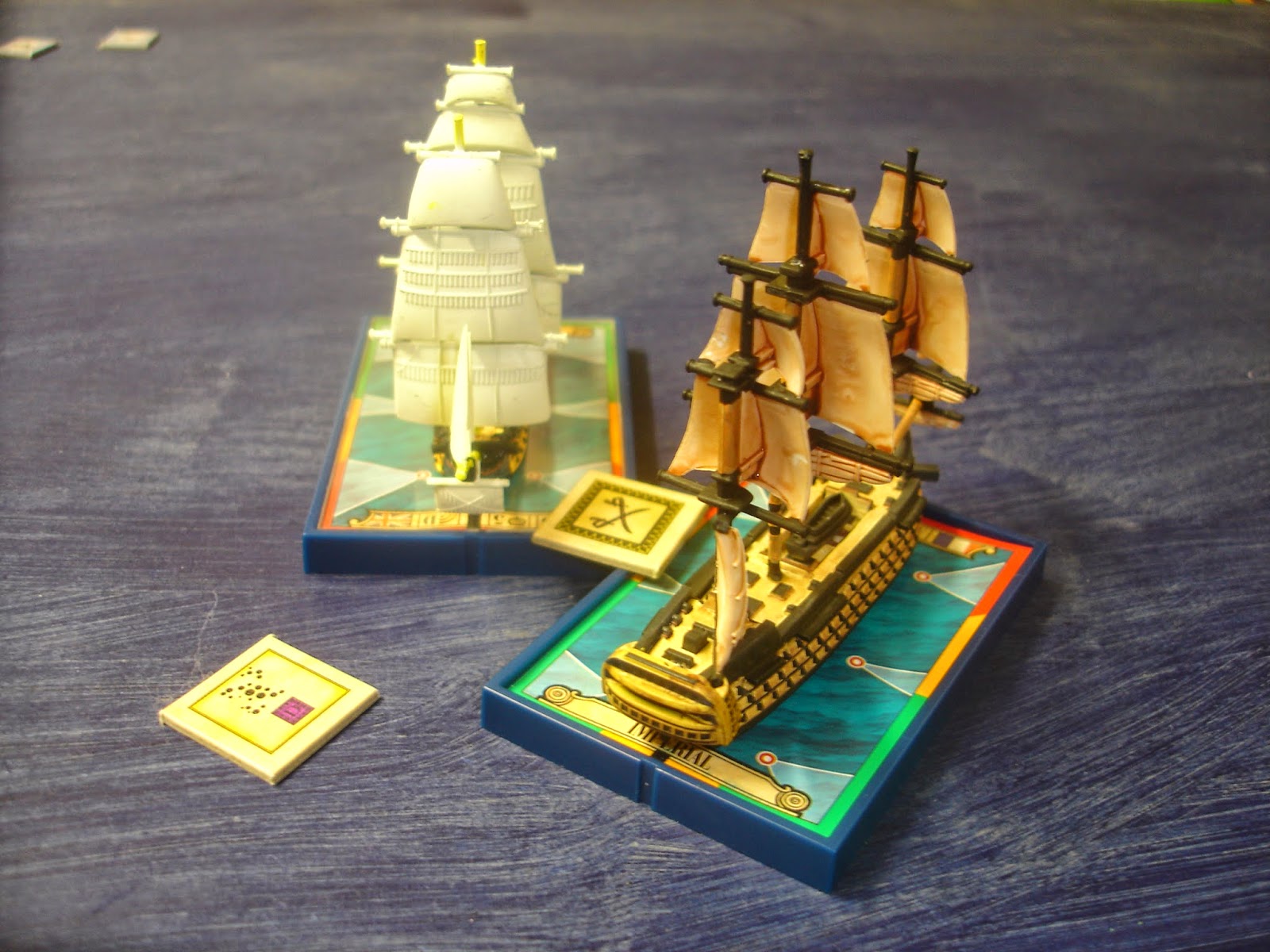 While they didn't entangle the Imperial did grapple the smaller HMS Defence and also pushed it aside to continue its movement after the collision before coming to a standstill.  Not sure we did that right, but it seemed to work - when two ships collide bow to bow, the bigger will push the other back on the subsequent turn.

The musketry was lively and telling until the Imperial finished off the Defence with a whiff of grape.  The Meleagher tried its best to get some shots in, but they were ineffective.  After the Defence struck, the Imperial slowly made its way around while the Meleagher zipped across the sea to unintended safety (her Captain had failed to properly enunciate larboard was the guess).