I've never been a big fan of WW1, but Wings of Glory has changed that somewhat plus the upcoming centenary.  My maternal grandfather had been in the Lincolnshire territorials and rose to the rank of colour sergeant before leaving to go work in a munitions factory or something such which was a "reserved occupation".  That was just before the war broke out so he was a lucky fellow, unlike many of his brothers and brothers in law.

My paternal grandfather was in one of the Green Howards battalions which took part in the later landings at Gallipoli.  He ended up on the Italian front and survived all that only to die of pneumonia in the mid 1920s after fishing off Hartlepoole.  So it goes.

Anyway, a week or so back I had ordered the Wings of Glory WW2 rules and some planes from Milsims here in Australia.  They were due any day now.  I checked the PO Box first thing.  Nothing.  I saw they were still clearing the mail so I went back in a bit, but still nothing.  I went home and checked on the registered parcel delivery web service.  Australia Post said it was in Bassendean as of 5:15am this morning.  Promising.  So I went back.  Still nothing...

I went into the store and asked.  Yippee!  There it was.  I got it home just in time to get ready for Mark coming over for a game of planes.

After that we had time for three more games, matching Gladiator against Fiat CR.42 Falco (wonderfully maneuverable planes, but slow) and a Yak 1 against a RE 2001 Falco II (fast and hard hitting).  Not sure if I have done justice to the Italian plane names.

WW2 WoG plays like WW1 WoG, but somewhat faster.  We only used the standard rules and just had stand up dog fights.

Here's a shot of one of my victories and showcasing the smoke marker: 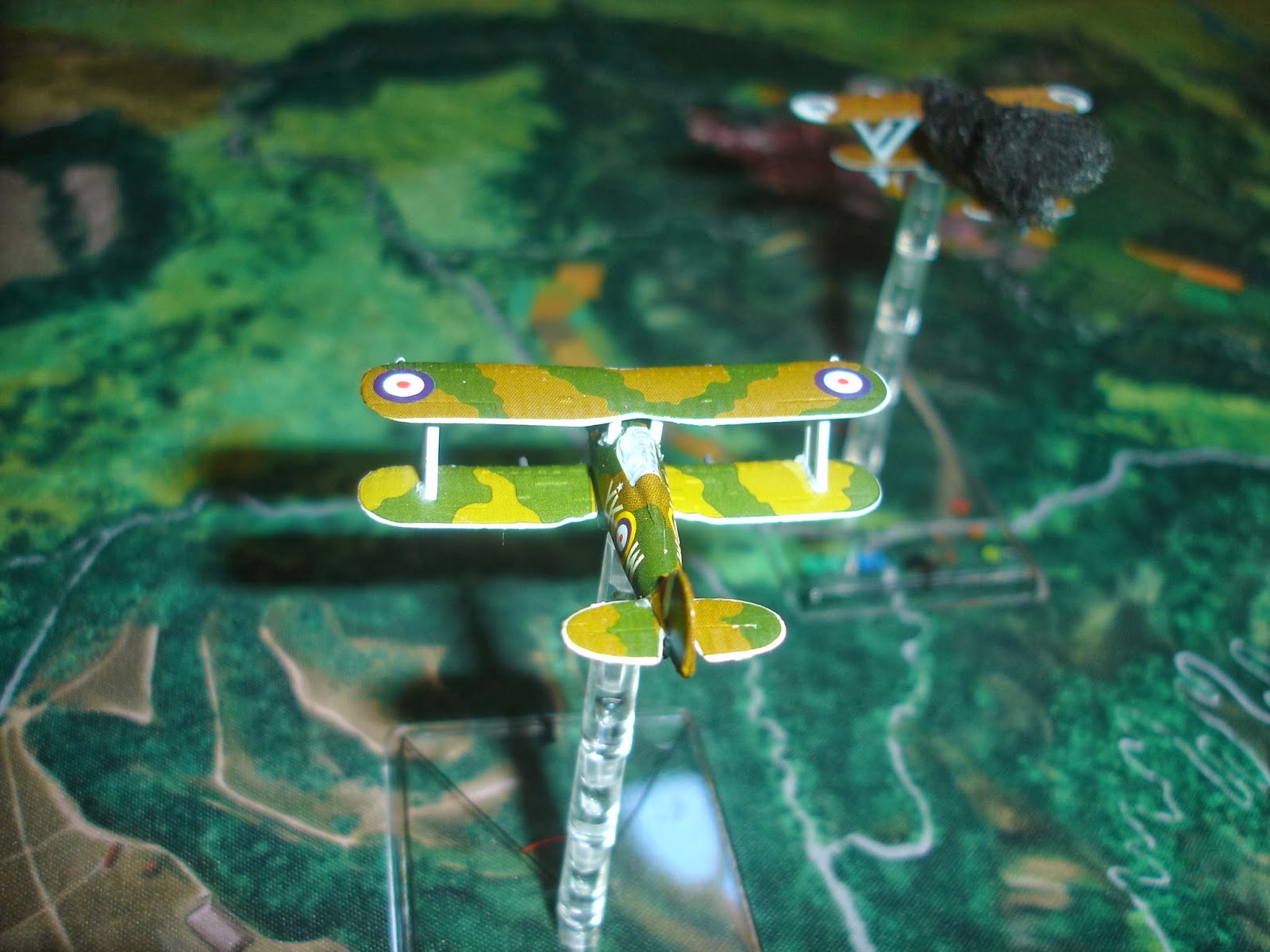 The models seem finer than their larger WW1 counterparts.  It is going to be hard to resist getting more.