Following the Wings of Glory games Mark and I still had time to fit in three DBA games. 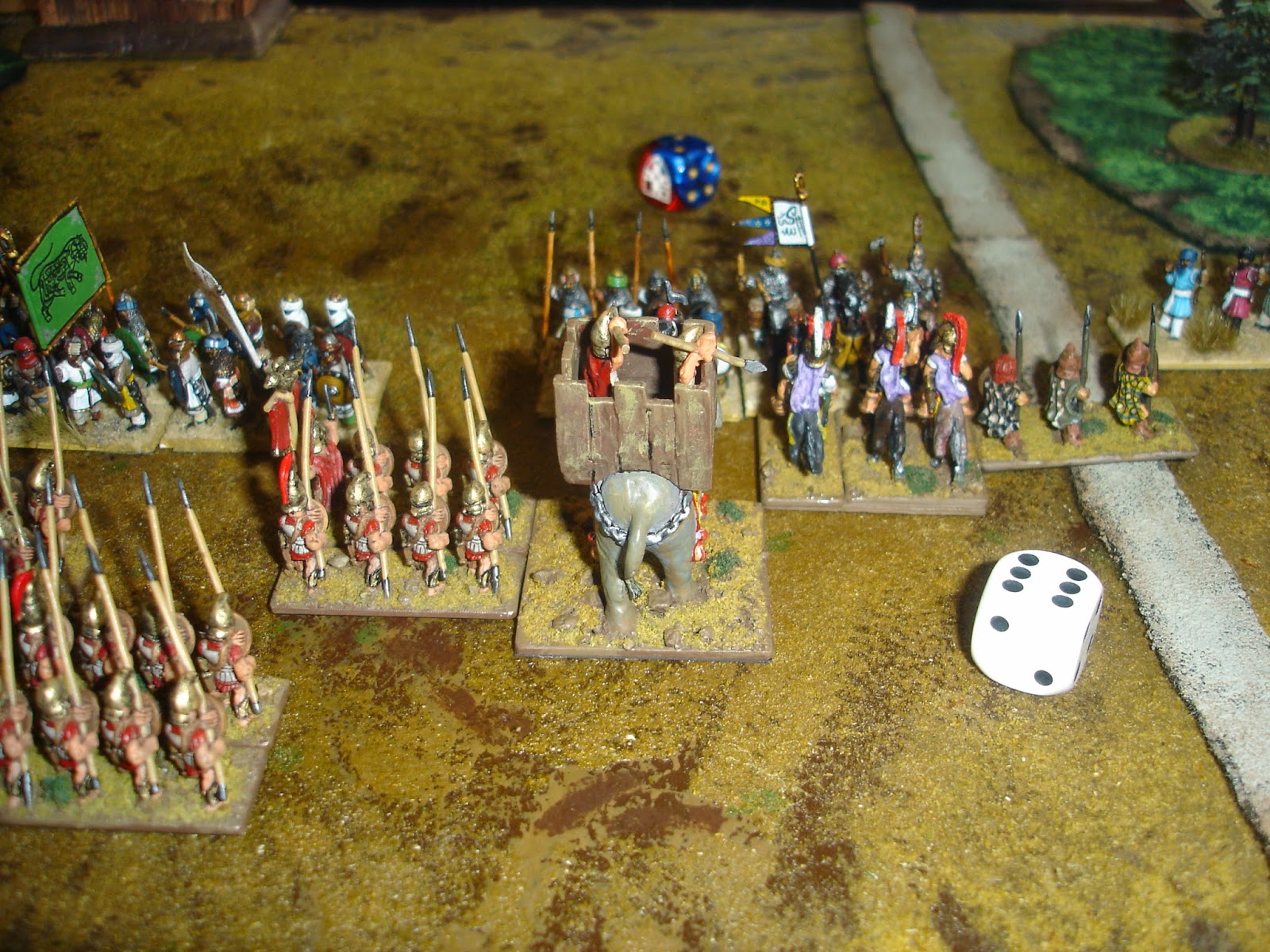 First up my Alexandrian Imperial (II/15) army took on Mark's Ghurid (IV/8).  Not an historical match but not that dissimilar and at least as I understand it the Ghurids are in a part of the globe that Alexander visited.  It was a quick game when our generals matched up and I threw a six to Mark's two.  Being a Alexander being a knight meant the score was doubled... 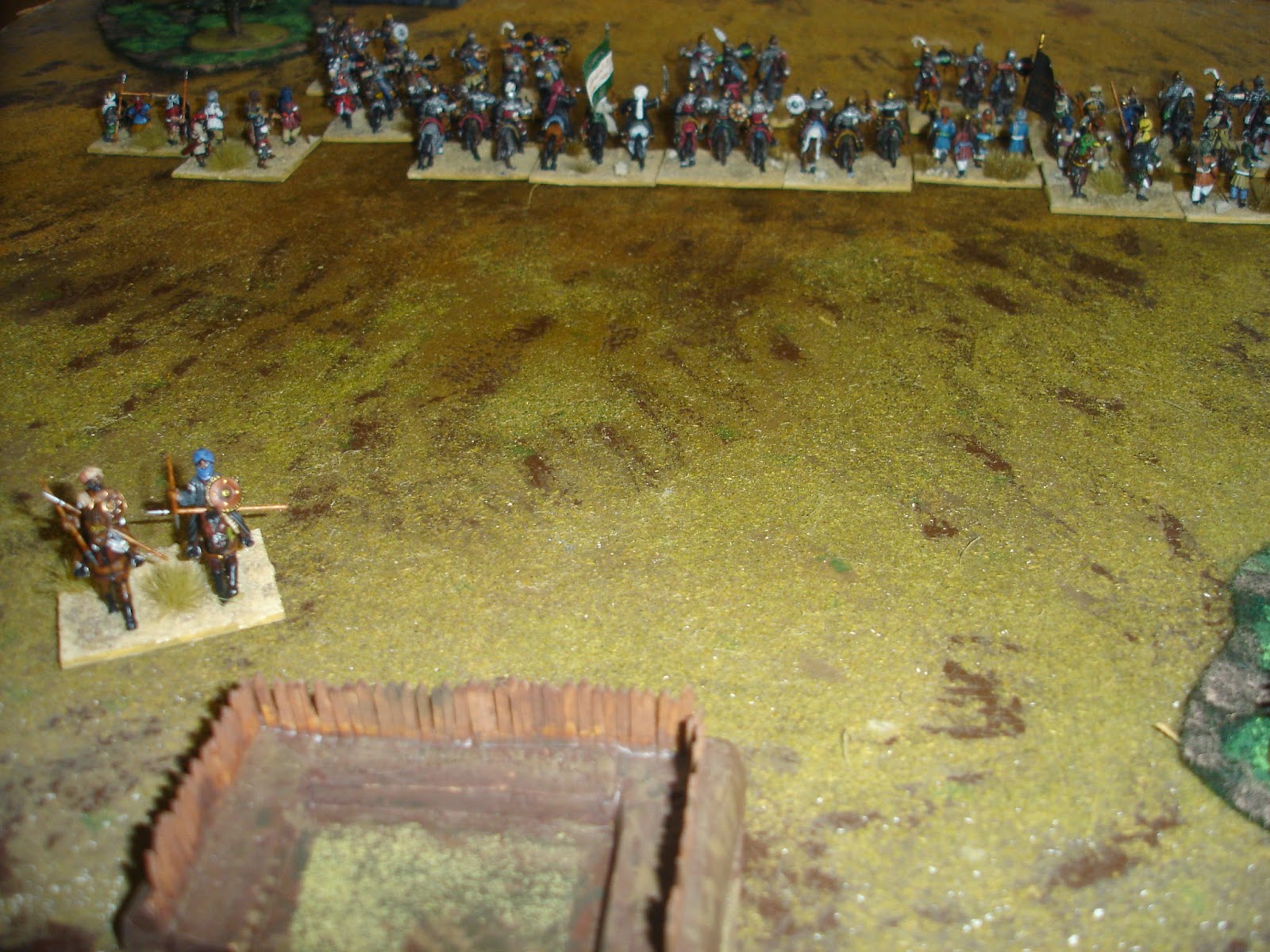 Next Mark took Dynastic Kurds (III/60) and I borrowed some of his figures and ran Baghdad III/57(a).  Armies I am not at all familiar with, but Auxilia backed by Psiloi proved a winning combination against big fat warbands and cavalry.  It was a fairly linear engagement with all the action happening on the wings.  It looks like the Kurdish light horse frightened off the Baghdad camp followers, but the game was all over before they actually got to the camp. 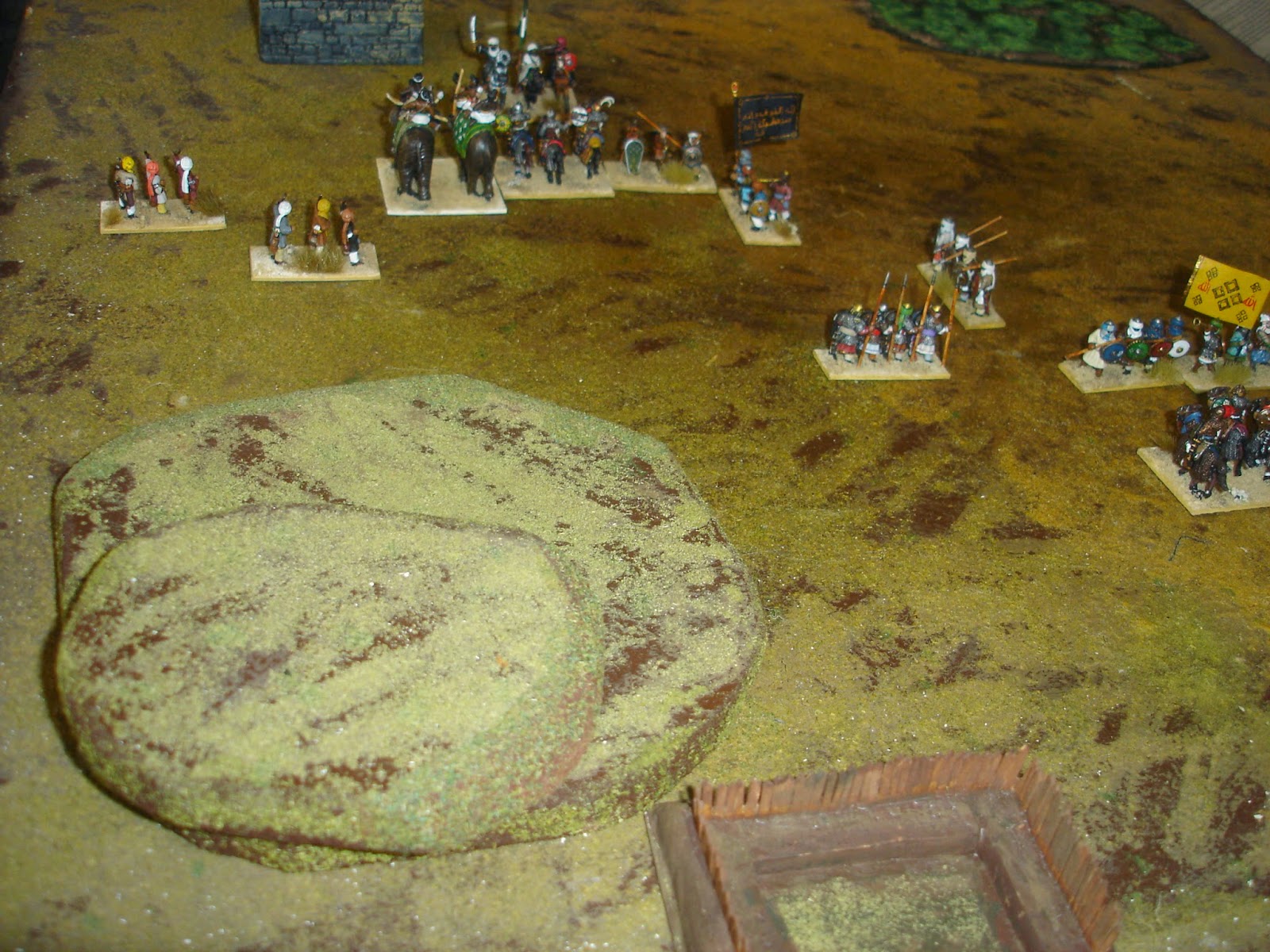 For the third game we both ran Khurasanian (III/43).  Mark was the Samanids and I was the Saffarids, again using his figures.  No quick outcome here, we fought and fought and fought.  In the end I was two down and Mark was three down.  He was making progress against my general, while I had numerous chances for catching what was proving to be an elusive fourth kill, but was stymied for lack of PIPs.  Then we had a six to one roll in a combat of my overlapped warband against his overlapped spear.  Victory to the Saffarids! 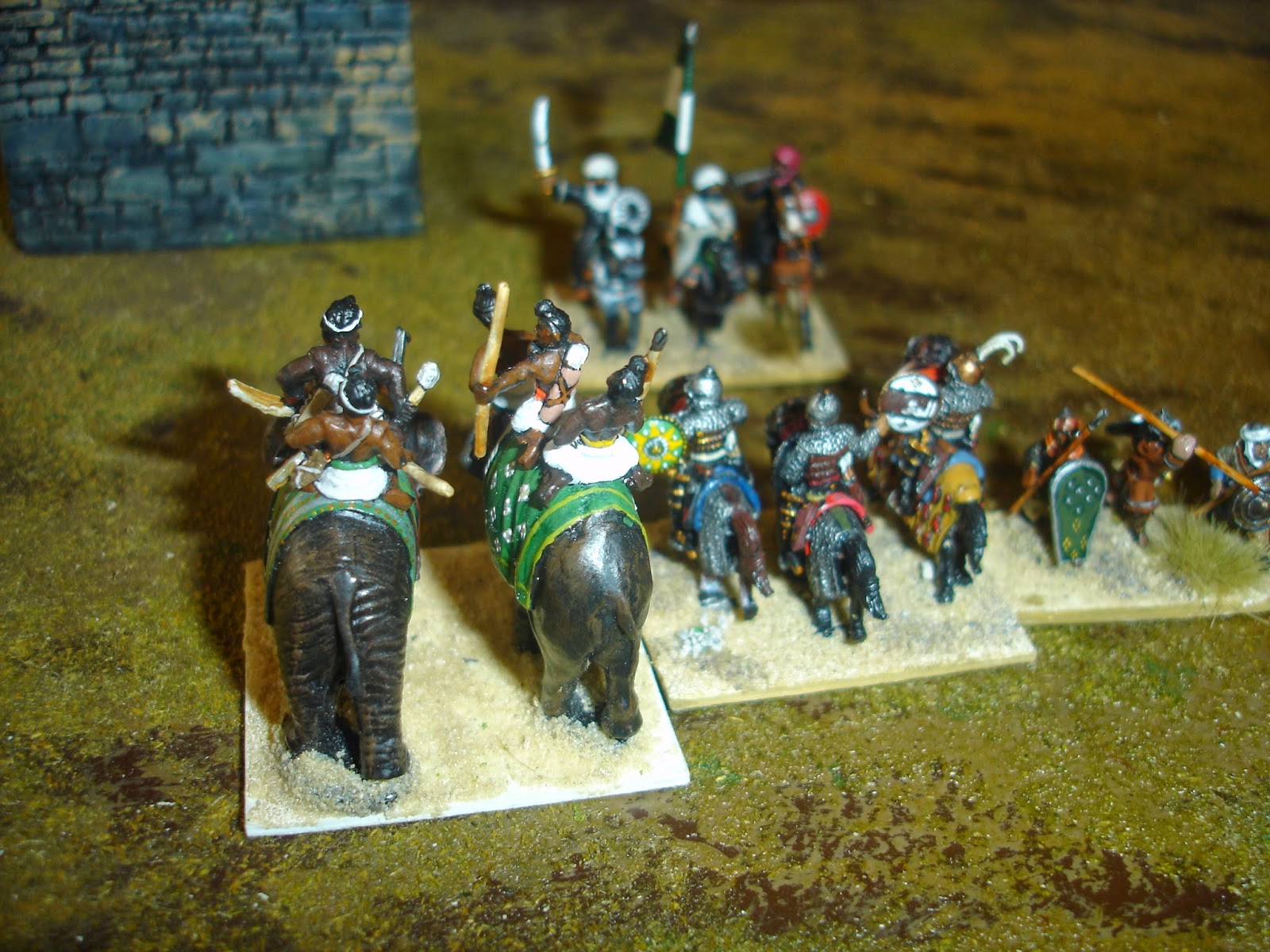 I realized I was always taking aerial shots which do not do justice to Mark's superbly painted figures, so in this photo we see the Saffarid general being menaced by elephants.  Having two model elephants on the one base is very intimidating.  The 3Wb on the left of the picture was the winning element, by the way.

After the Wings of Glory games getting in three DBA games in less than four hours with different armies each time is an excellent outcome for a mid week knock up gaming session.