Today Richard and I got through three games of Sails of Glory using just a frigate each.  It was very much a learning exercise. 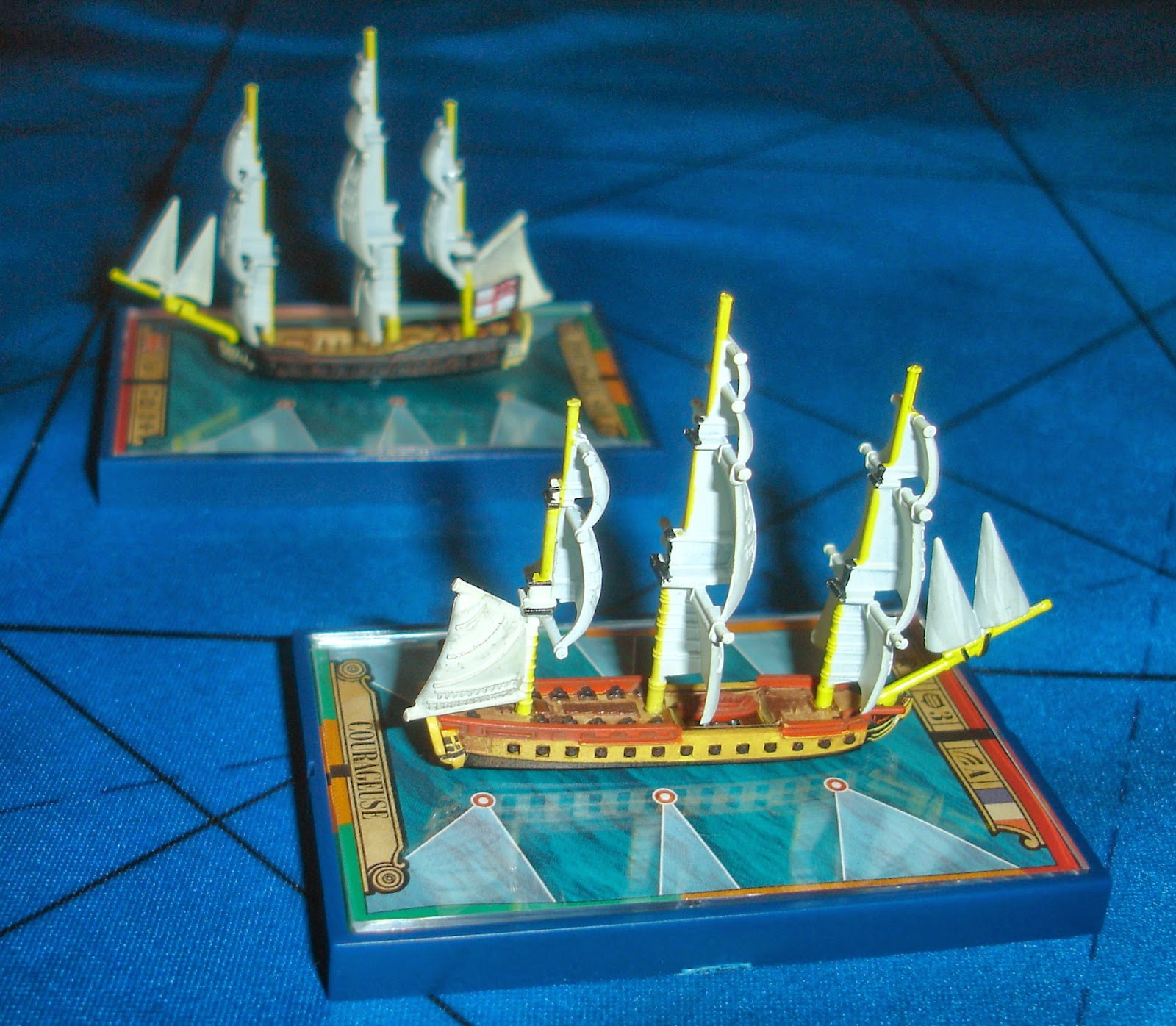 In our first game we were challenged by the "taken aback" process, but by the second game we had mastered that to a satisfactory degree.  Then I discovered I had the planning sequence wrong and upon subsequent checking find I was also doing it wrong with WW2 Wings of Glory.  I think this occurred as I transitioned from Basic to Standard rules.

The third game was a good slog.  Subsequently Richard emailed me and it is fitting to quote him:

"Thanks for the game today. It was very enjoyable, just like Wings of Glory. These games are great when pressed for time or perhaps if you don't have the energy to spend hours researching and setting up a game. The ability to play straight out of the box is also a big tick as is the relatively small number of models needed for the game. Looking forward to playing with the advanced rules next time and maybe get both ships into action."

Prior to playing I was concerned about the size of the bases and had been dreaming up all-sorts of alternative basing options, but while playing we found the base sizes weren't noticeable and actually helped moving the models.

Another concern had been the intrusion of the lines on the playing mat.  Again, this also was not noticeable in the heat of battle.

Both this issues look prominent in the photo above, but when playing they disappear.  It is possible the camera actually highlights them due to the use of the flash.

The big test will be taking the game to the club tomorrow night.