Thanks to Milsims (and Australia Post) my starter set of Sails of Glory arrived on Friday and yesterday I had my first go at a solo encounter between two frigates last night.

The level of excitement had waned somewhat from when I first ordered the set, but when it arrived i was very happy with what I'd got.  I'd been prepared for ships that were something like out of a Kinder surprise, but the miniatures are fine to use as they are.  They also offer plenty of opportunity for enhancement or detailing.  It wouldn't be too hard to use other models either is my guess.

I pitted the Courageuse against the HMS Terpsichore just using the basic rules.  I liked how the movement worked, particularly beating, reaching, running and taken aback.  Combat worked well, and I can see a business opportunity in providing suitable monogrammed bags to hold the damage chits. 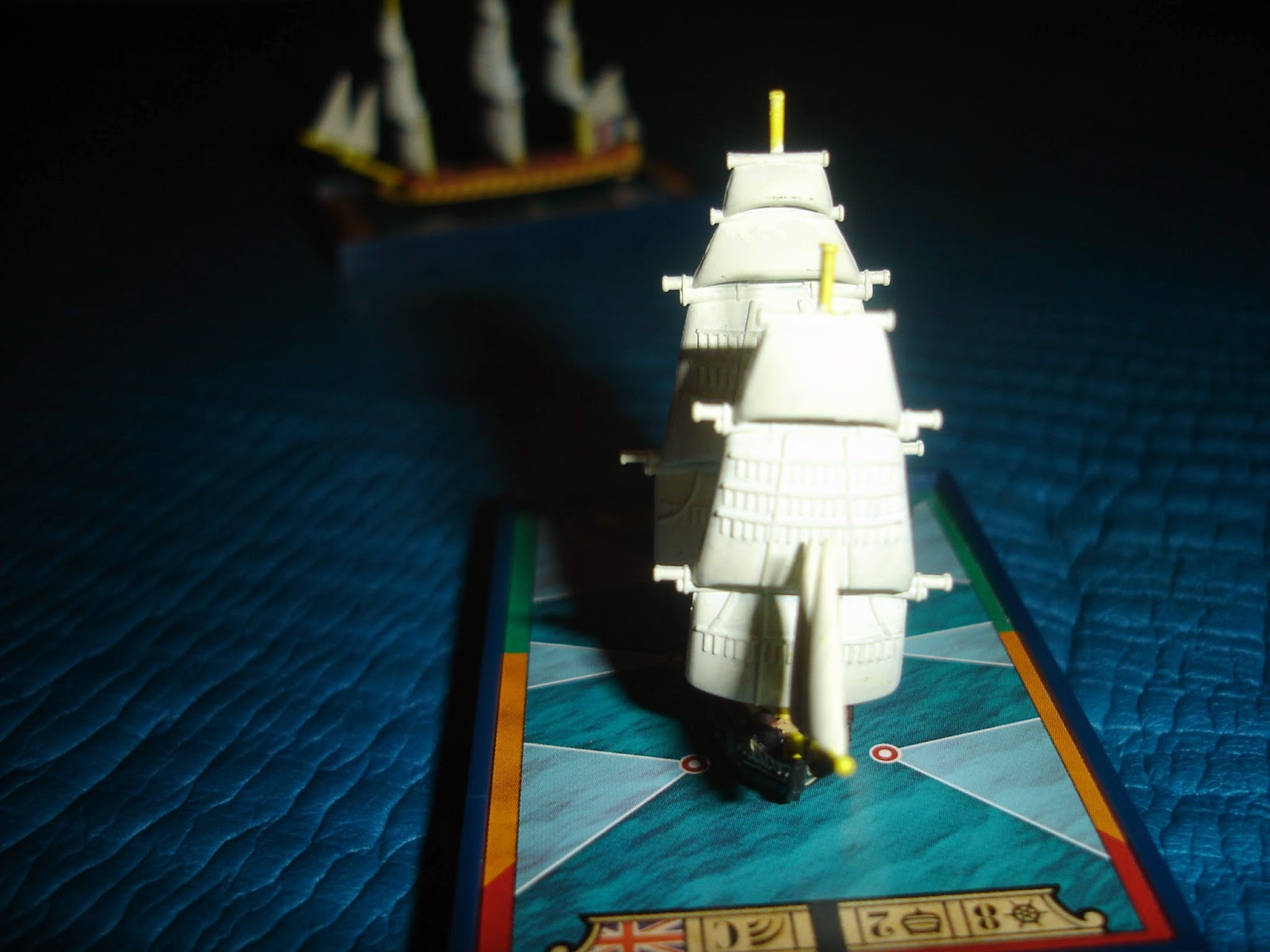 The HMS Terpsichore makes a run for it after Courageuse got the upper hand in combat.  I believe discretion is the better part of valour although I am sure the Captain of the HMS Terpsichore would have been court-martialed for fleeing the scene of battle.

I don't yet have the Sails of Glory playing mat and was using my yoga mat as a substitute.

The only thing I didn't care for is the little tea trays that the ships float around on.  I think it would be easy to come up with a replacement method of basing the models and providing flexibility for them to represent different ships.

If you like the Wings of War game system and have an interest in Napoleonic naval than I would recommend this game from Ares.
Posted by Sun of York at 9:29 AM