Yesterday Richard and I finished the December turn  which saw a bit of excitement with Soviet attack disrupting the siege of Stalingrad. 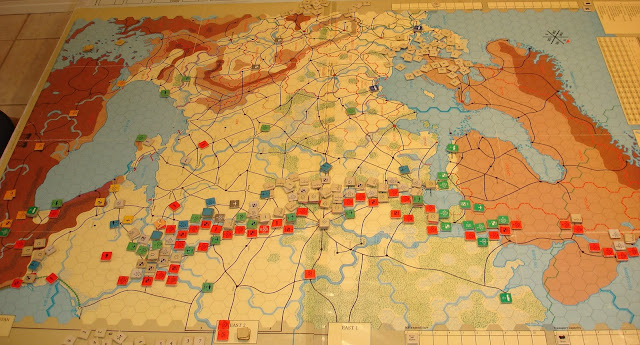 Stalingrad has been surrounded,
but a Soviet attack to the west has cut the supply line to much of the besieging Axis forces. 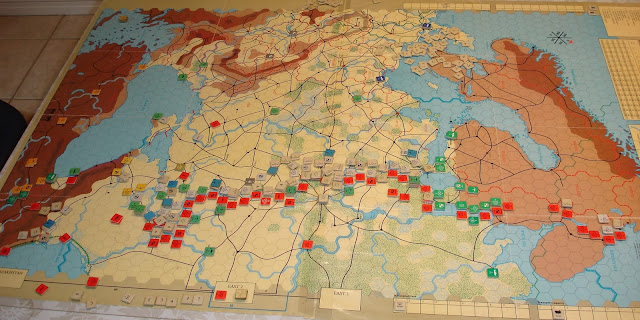 In the subsequent fighting the Soviets were able to briefly open a resupply path to Stalingrad. 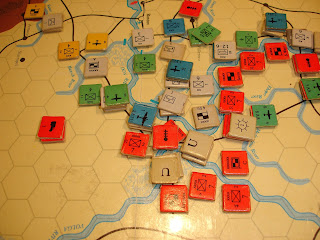 Closeup of the action round Stalingrad.

The last turn of the year was quiet as both sides repair lines and build up for the new year.
Posted by Sun of York at 10:28 AM