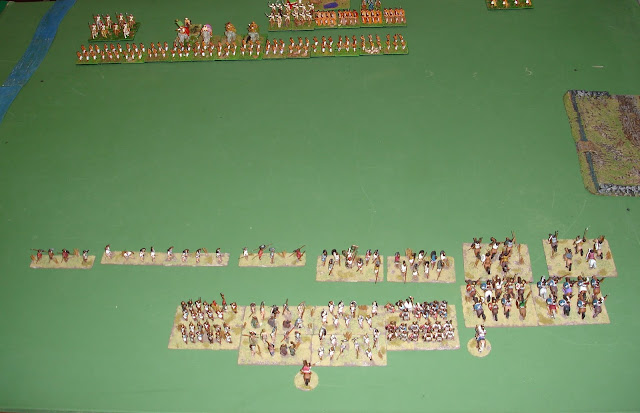 My Carthaginians fielded two commands.
One being cavalry and light troops.
The other the infantry. 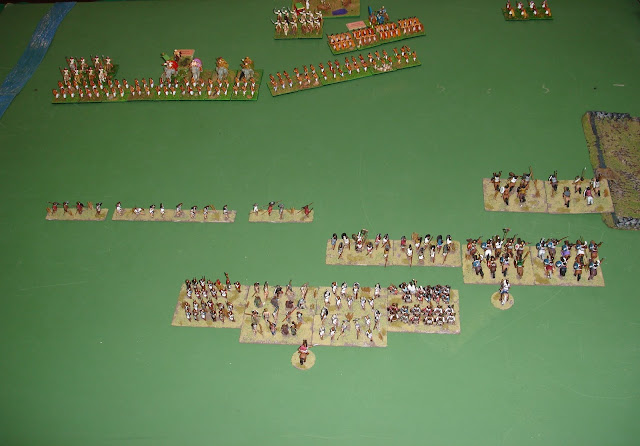 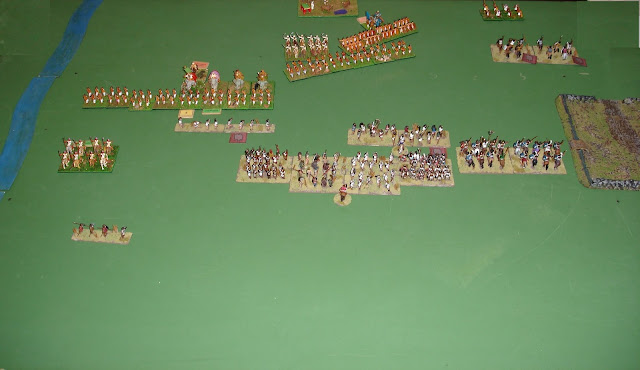 My skirmishers are buying time till the infantry can get into position. 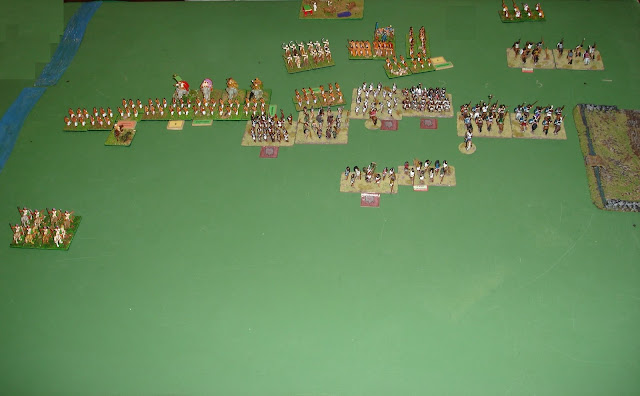 The skirmishers proved ephemeral,
but the infantry is now engaged and that is what it is all about with this army. 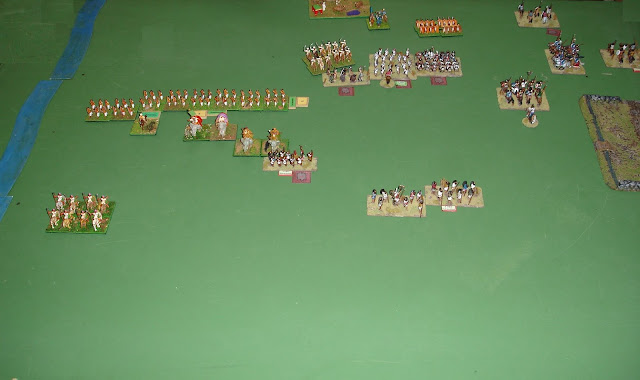 End of the fourth turn.
One Indian wing had routed,
Both Carthaginian Commands were close to 33% .
As it was getting late I felt it appropriate to call it a draw.

One of the issues with Second Edition is the VD numbers for units calculated using the Army Builder spreadsheet are sometimes different from the original lists.  Dave and I hadn't coordinated this so I am not sure we were consistent.  We also hadn't settled on the optional rule that has commands fight on till 50%.
Posted by Sun of York at 6:06 PM