Around this time of year I always like to put on a Stalingrad game.  This year I coopted James and Mark B as the bad guys and Brendan as Uncle Joe's representative.  It turned out Brendan knew how to play and this gave the Soviets the winning edge.  Mark B was sent home after a series of appalling  dice rolls and so James was left defending the indefensible or rather attacking the unattackable. 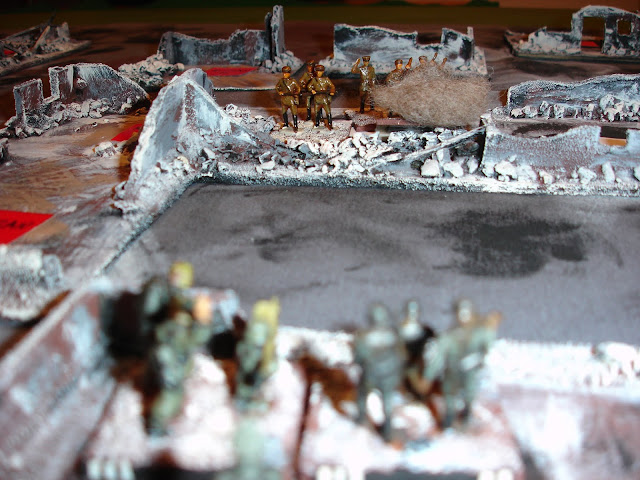 Blurry eyed Germans spot some Russians across the rubble. 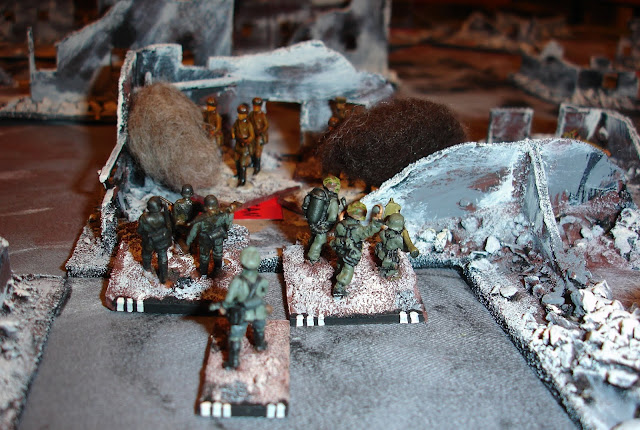 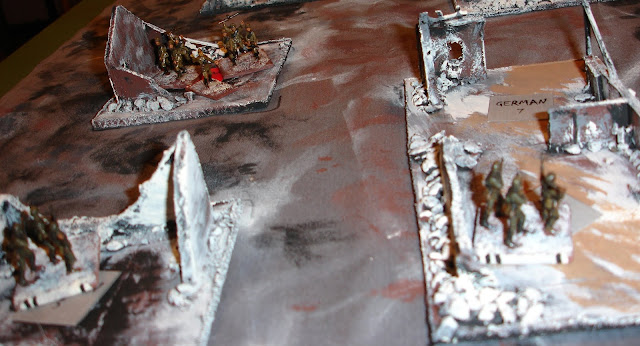 Elsewhere the Germans got some enemy submachine gunners pinned down. 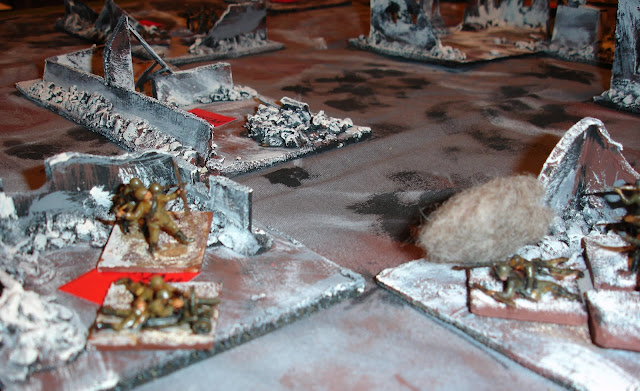 For one of the players it was their first taste of Stalingrad and they were so enthused they sent me some of the photos they had taken.  I understand he thought it a fantastic game with all the feel of close quarter squad level combat as he imagined it was.  More so I believe he said it was very playable and above all fun!

Other players criticised me for the poor set up and I was annoyed at my poor memory of the rules.  Grrr.  Can't please everyone.

Additional, submitted photos by a new fan of the game.  I am sure he would be really interested if there was a Napoleonic version of the rules.  I would just be amazed. 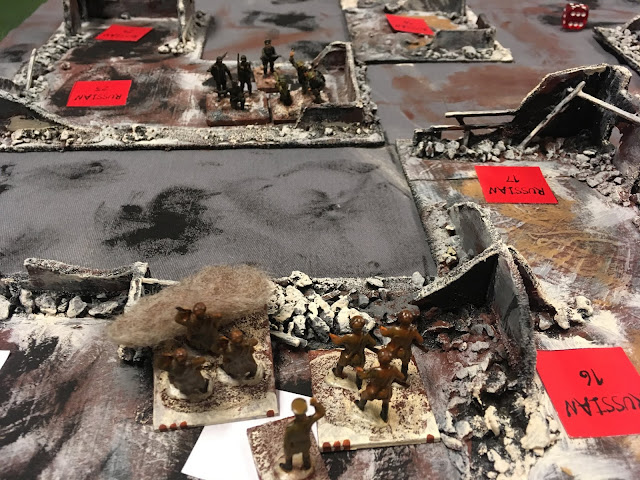 This was just before the attack by the German veterans. 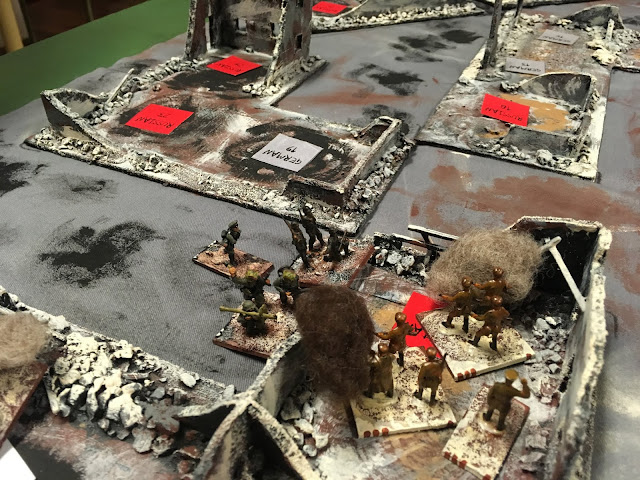 The attack goes in. 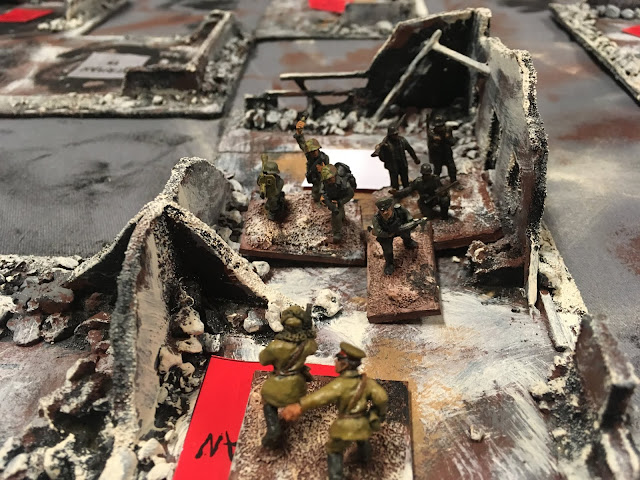 They start to clear the building after their initial success. 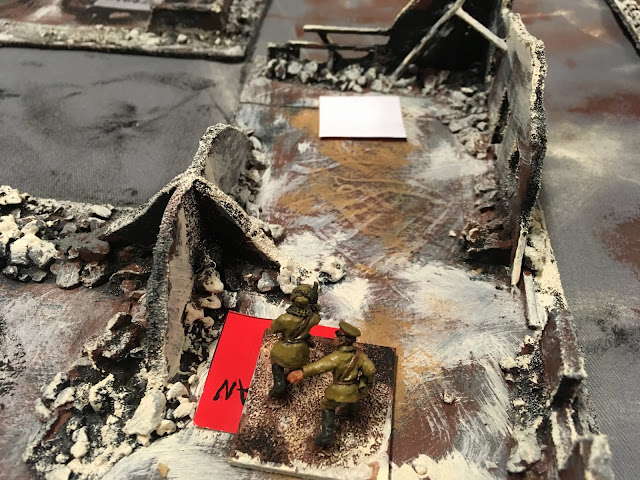 But the Russian company commander and his trusty NKVD assistant are too much for them.

As mentioned I was a tad rusty on the rules (my fault as I didn't bother reading the rule summary I had made previously) and in a bad move used a previous set up that turned out to be a bit hard to follow.  Hidden set-up is the best part of this scenario, but I need to make it easier for players to visualise their deployment.  With the recent success of white board markers and laminated labels I'm thinking of a laminated map for each player to write on as an aid to set-up.

Annoyingly I since found that I had made a better roster, just failed to print it out.  It's been a long year.
Posted by Sun of York at 9:55 AM