More Armour for the Western Desert

I've been playing the highly addictive Hearts of Iron IV, but have still been able to progress my Italians for Rommel as well as a few other AFVs for the desert. 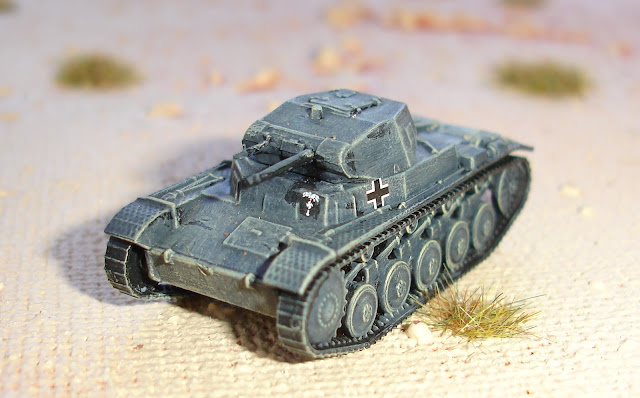 This cute little baby is the Zvezda Pz II.
It went together extremely well.
Applying the PSC transfers was a challenge,
but they seem it give it that little extra bit of life. 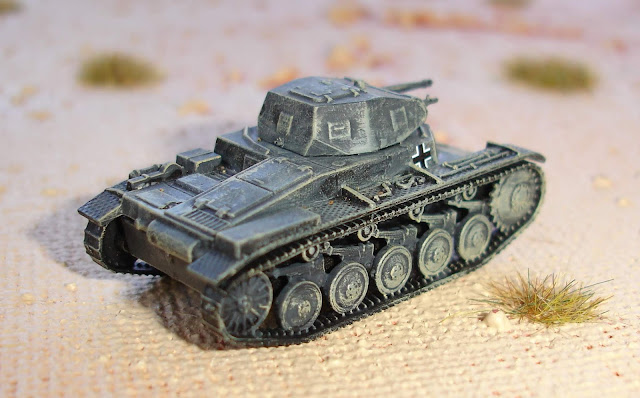 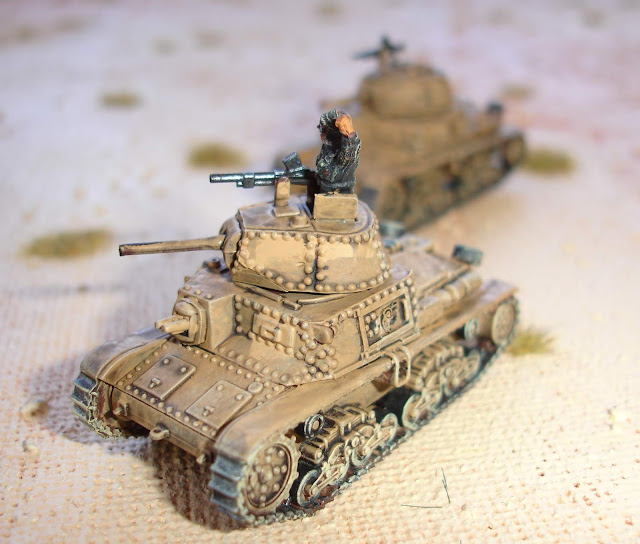 This is from the Battlefront boxed set of five
which can be made up as either M14/41 or Semovente
I needed two tanks. 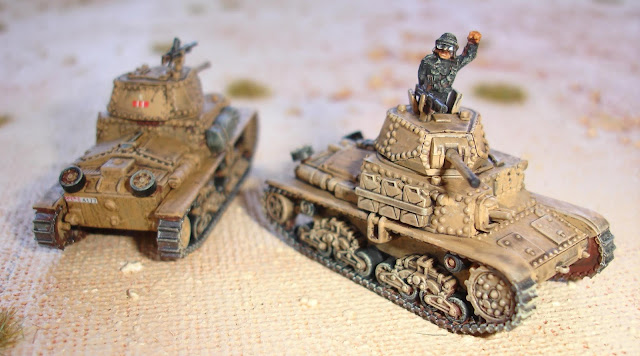 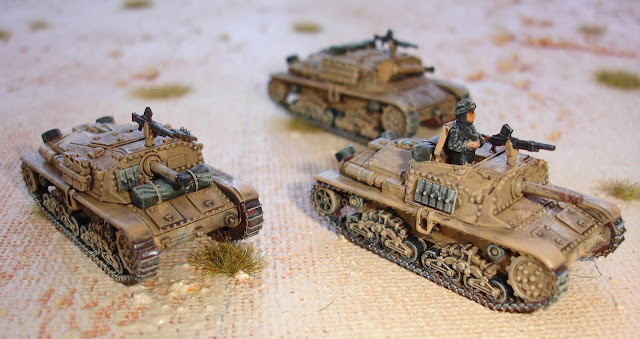 And three Assault Guns.
The variety in stowage and command figures was a nice touch.
And they came with transfers, although most can't be seen. 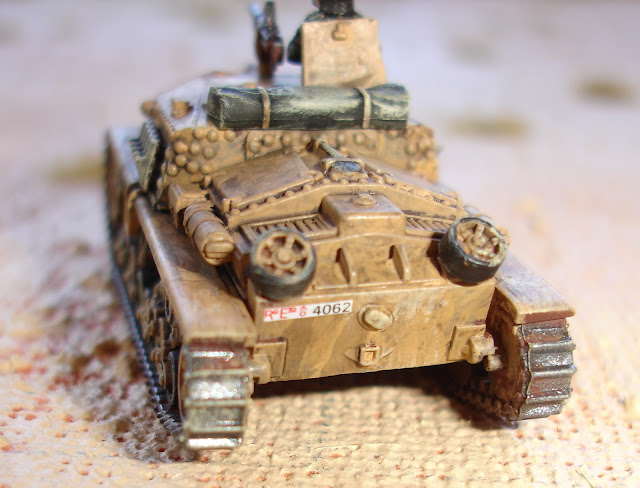 But I did go to the trouble of applying the rear licence number.

These five models were all plastic and went together well, although not as well as the Zvezda models.  They had a Tamiya brown undercoat and then a VJ Desert Yellow top coat that I then decided to give a black wash to, which I am really pleased how it turned out.  There was then a light dry brush of VJ Bluff to finish them off. 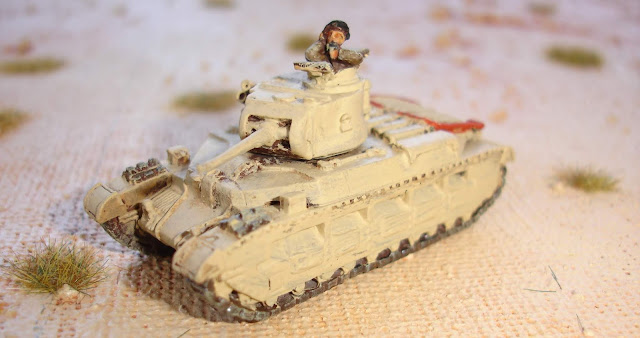 Next is the Battlefront Matilda, half resin, half metal.
Having the hatch open was fiddly. 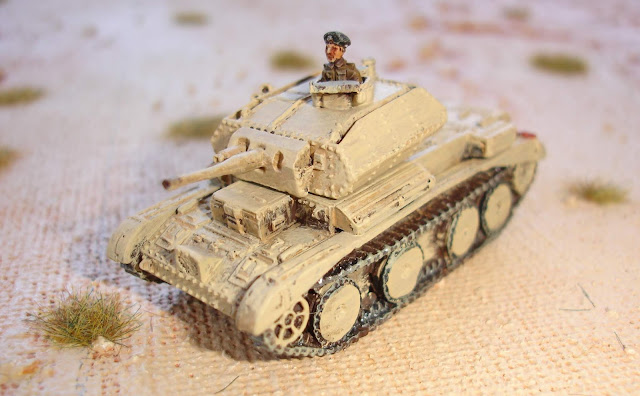 This Battlefront Cruiser had the option of an open hatch and that was much nicer. 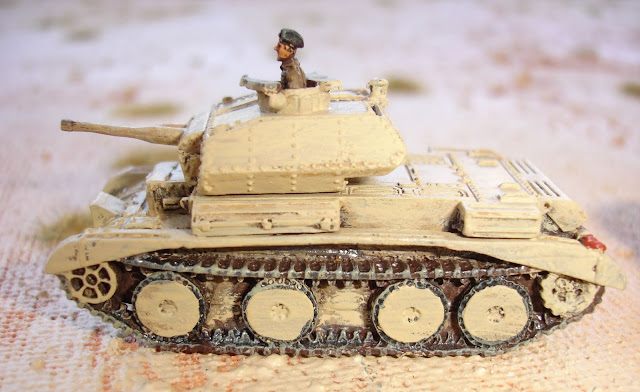 Now we have side by side comparison of the Battlefront Cruiser with the Zvezda Cruiser.
Both are painted the same  (brown base, desert yellow and then dark sand),
but compared to the Italian armour they look a bit washed out - must have been the flash. 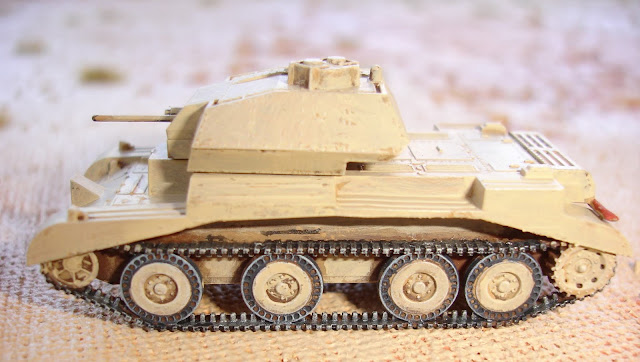 Top down view shows that the Zvezda detail is finer which however is a bit lost,
unlike the suspension detail which is very crisp in the previous photos. 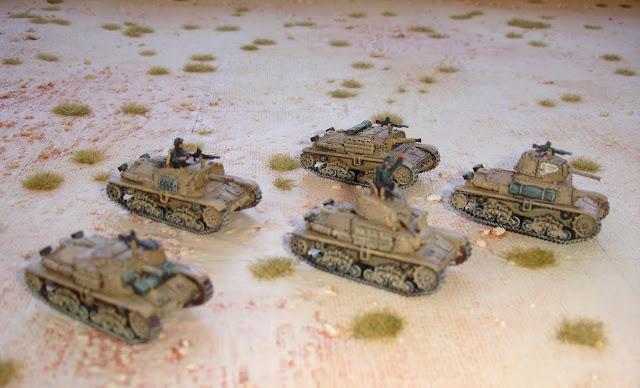 Final shot of the Italian armour, trying to mimic the box set artwork.
Posted by Sun of York at 3:13 PM