Stephen asked to play this game.  I was quite happy to oblige.  He went Soviets and I went Axis. 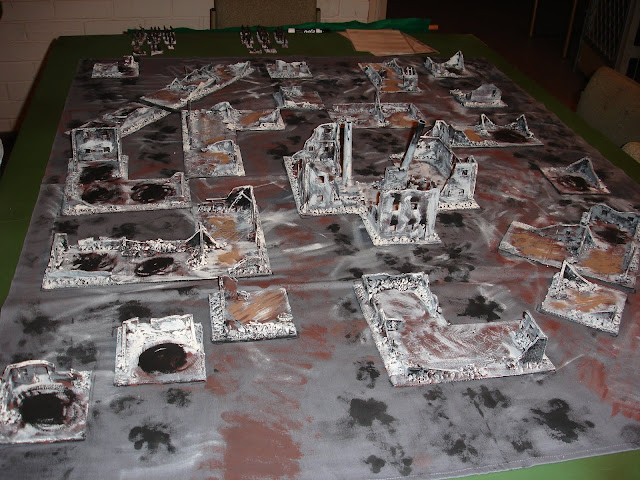 The setup, with everyone hidden. A German platoon uses a crossfire to successfully clear one building. 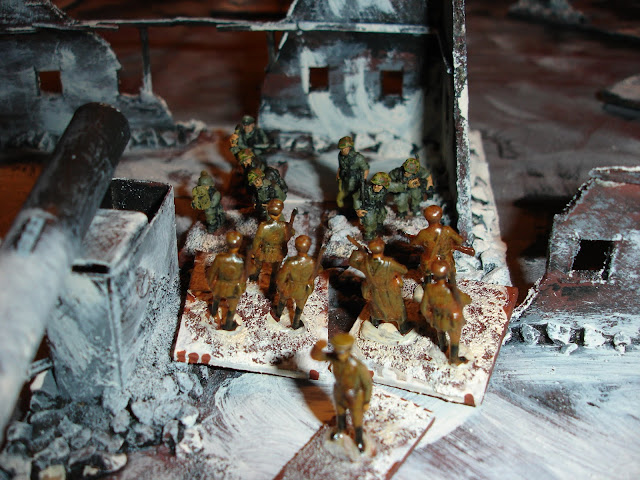 In the factory a couple of brave Soviet squads are ambushed moving into another sector.
They are wiped out. 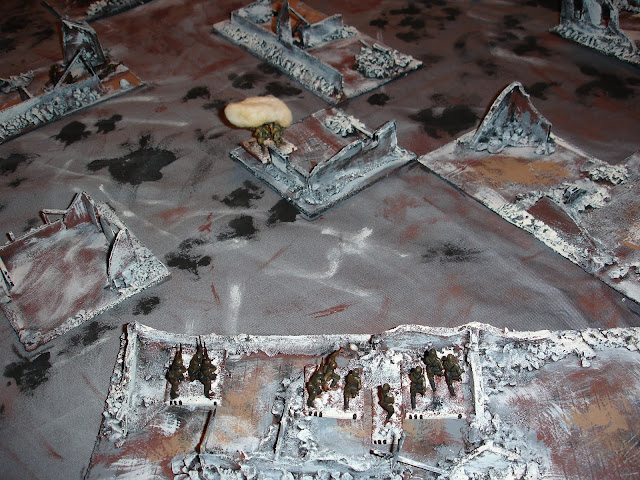 The Germans set up another crossfire. 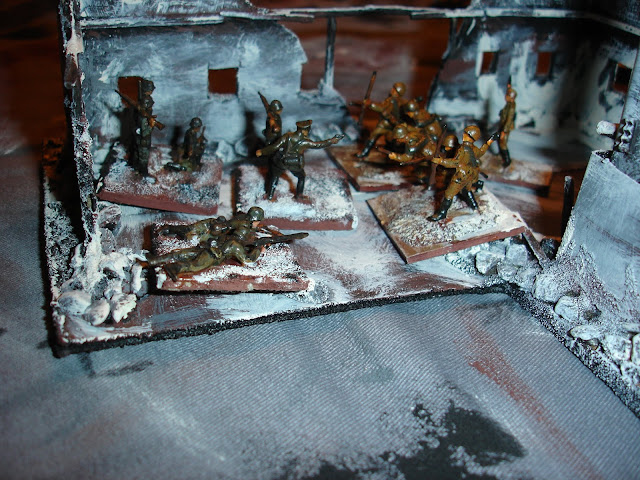 With their losses skyrocketing, the Soviets try an all or nothing attack in the factory. 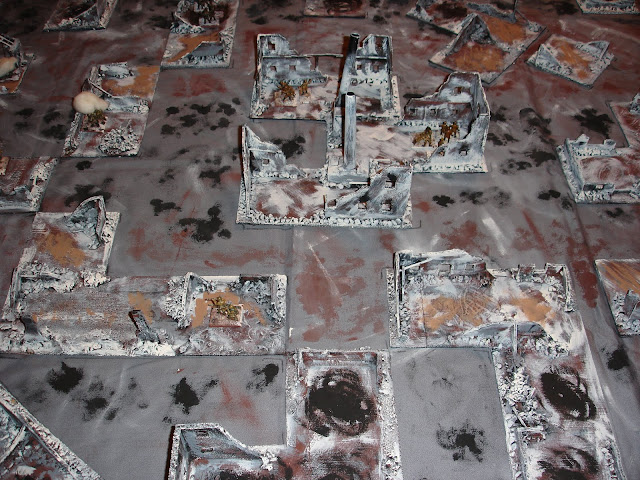 After throwing crap dice throughout the game, Stephen plucked victory from defeat in taking the factory, against significant odds.  Well done!
Posted by Sun of York at 12:47 PM