After playing this again recently and also planning to play it agin I thought it was time to inflict the scenario on Stephen N and Mark B, who had last tried it three years ago.  These big games, not that Seven Pines is really that big, require preparation and it is nice to be able to make the most of this, particularly when the terrain is all ready to go.  I find this scenario is also really effective as a game. 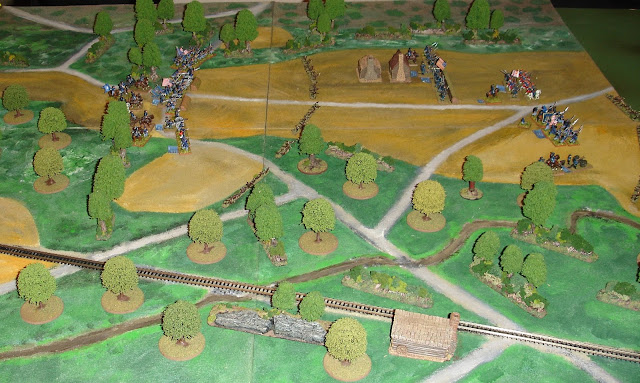 The battlefield all ready to go. 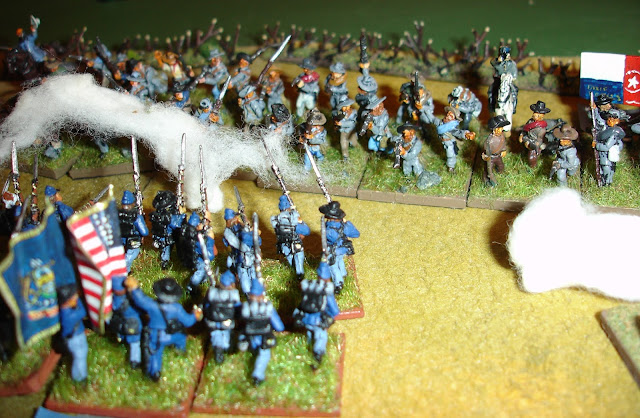 The Rebels arrive and charge. 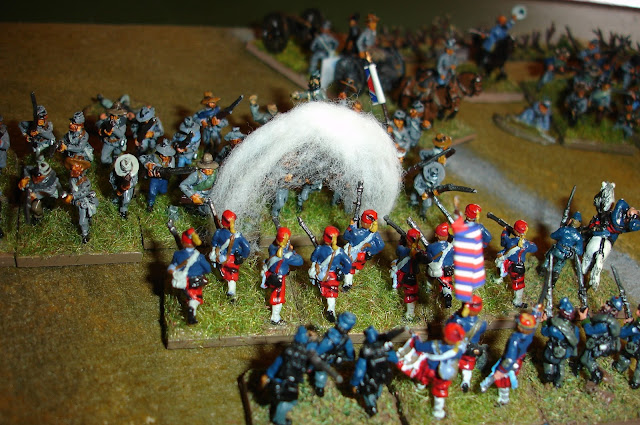 ACW can be colourful, in moderation. 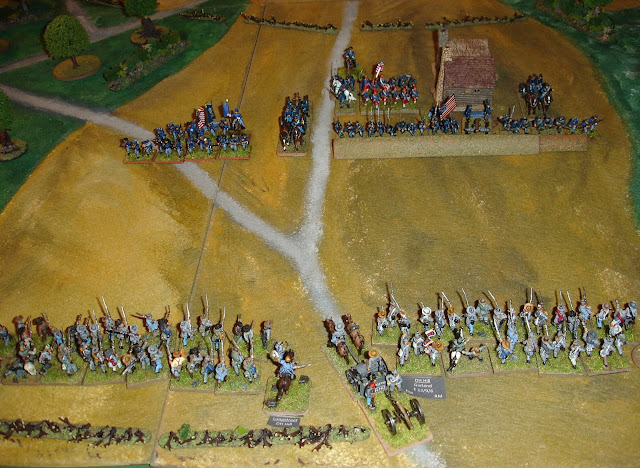 The initial charge was checked, but the Union forces fell back all the same. 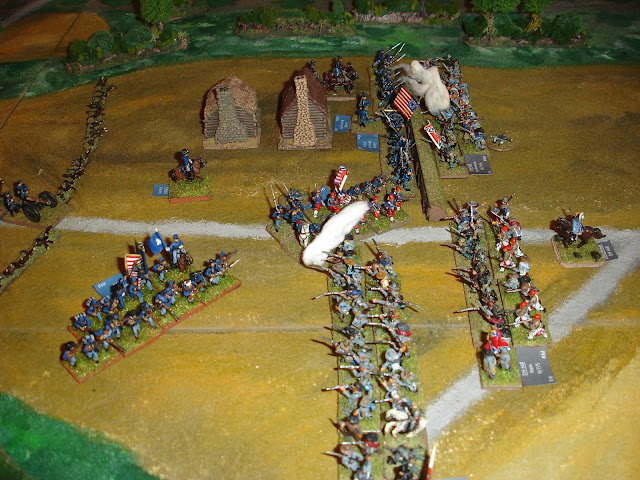 It is essential for the Confederates to keep pushing forward. 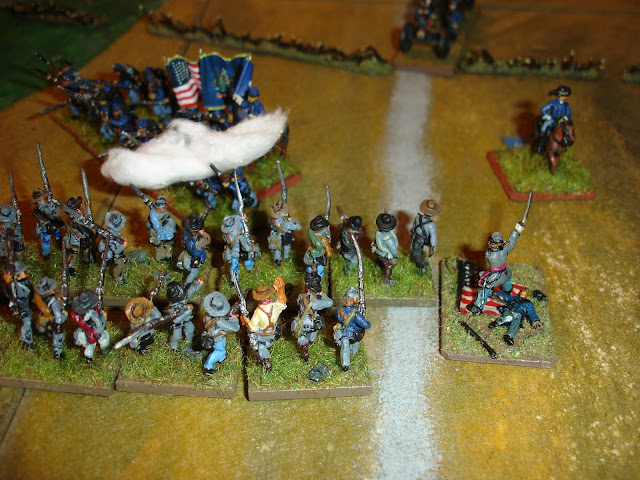 Casey's Division was overwhelmed,
but then the Confederate attack stalled. 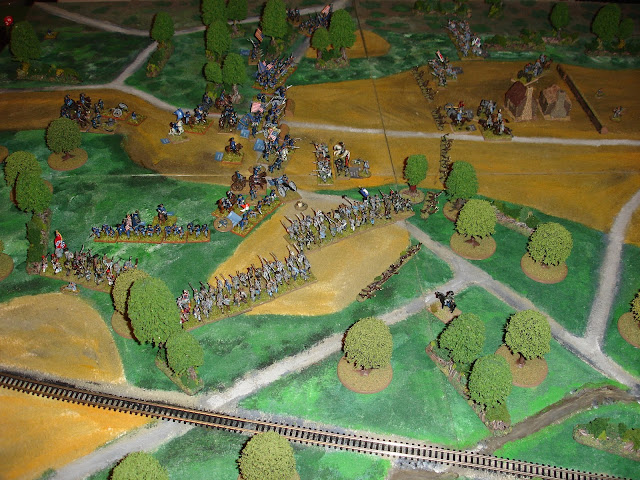 The Confederate flank attack went in too late, although it looked promising.

We stopped at the 17:30 turn.  With only one Confederate turn left at that point they had reached their peak.  Victory points stood at 9 for the Union and 13 for the Confederate.
Posted by Sun of York at 7:13 PM