We pick up at the 18:00 turn and Blucher leads some Landwehr in a counterattack on the Old Guard. 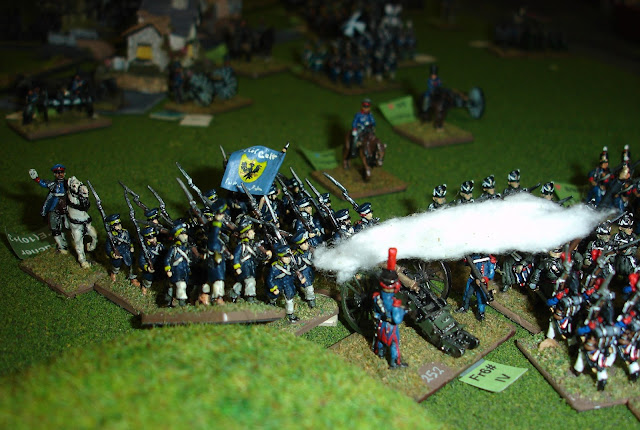 This was probably the turning point in the game.  If Blucher had succeeded with this attack he would have disrupted the French attack on the village of Ligny. 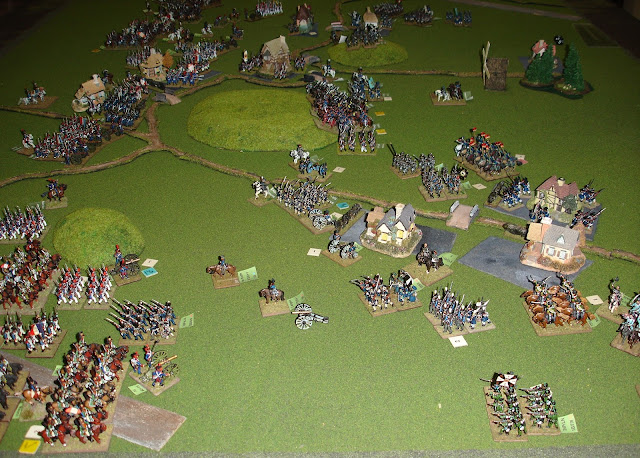 But Blucher was repulsed and the French line has stabilized and is about to move forward.

Napoleon is moving the other Old Guard Division to the right to join in the attack on Ligny.
Elsewhere the French are preparing to attack St Amand La Haye
and have dispersed the defenders of Hameau on the approach to Wagnelee 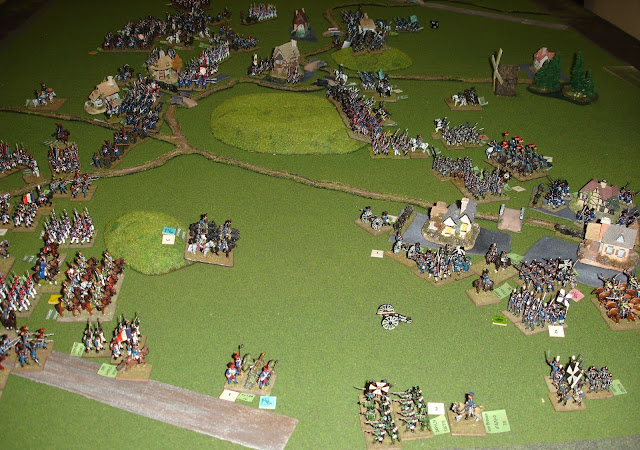 The Prussians try to get their defence of Ligny village in order. 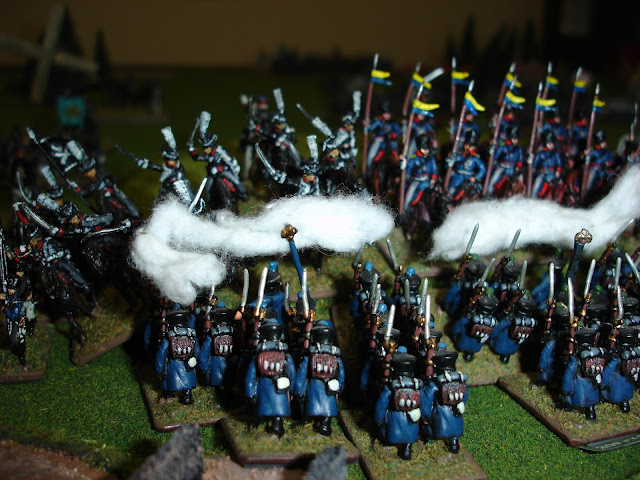 Blucher counterattacks to Young Guard who have crossed the brook near St Amand. 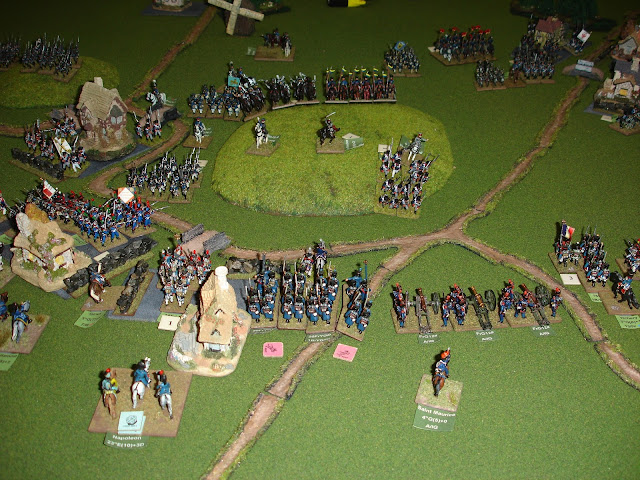 The counterattack was successful
(Nothing like a combined arms attack in Napoleon's Battles to produce results)
However the French have a lot of guns aimed at the Prussians who are now exposed. 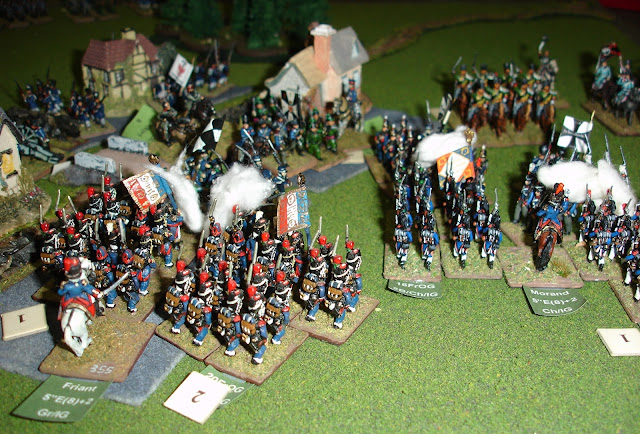 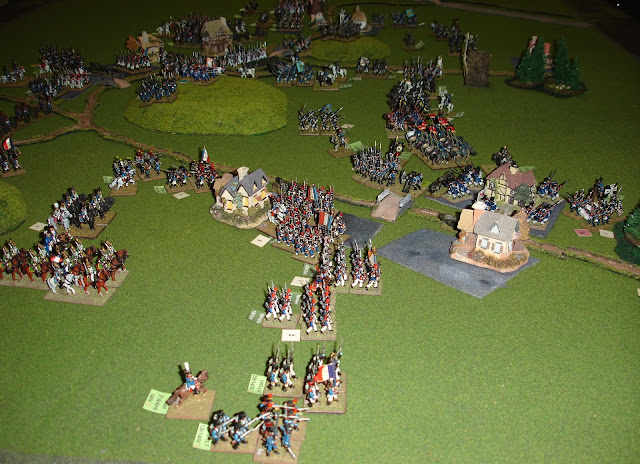 The village of Ligny east of the brook has been cleared of Prussians. 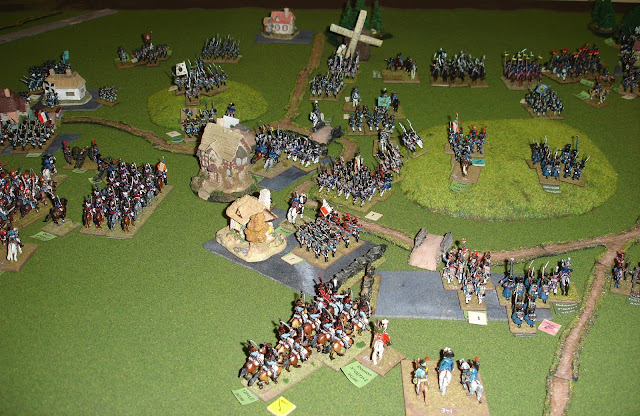 The French are now across in the centre and have captured St Amand La Haye. 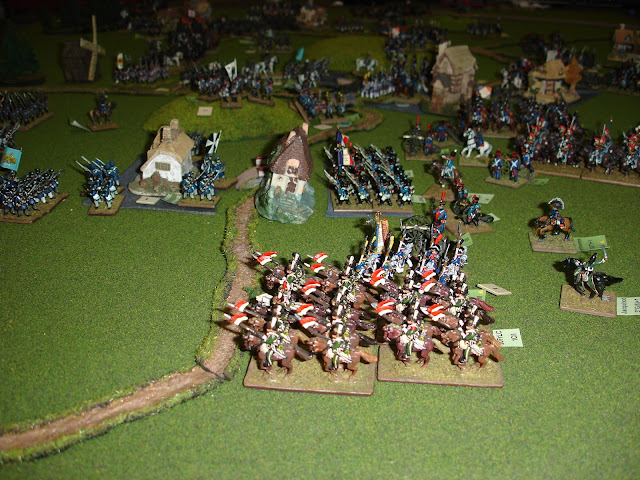 On the French left Jacquinot's lancers are preparing to cross the stream.

While there was the fighting over the villages (I think the stream makes the Prussian counterattacks problematic), there was plenty of to and fro action.

We did come across one interesting change in the rules that actual runs through all four editions.

Controlled Recall (6.7.5 in the 4th Edition) says that a cavalry unit may move into combat contact or have a react marker placed.  This is the same as the 2nd Edition, but in the 1st and 3rd Editions there was a third option to "move normally".  Being able to move normally does provide a slight advantage as in it would avoid the cavalry unit from getting pinned.  One for the Yahoo group.
Posted by Sun of York at 4:22 PM