Battle of Ligny - Part One

I've been working on perfecting this cut down scenario of the Battle of Ligny for use with Napoleon's Battles.  It is based on work done by Rafael (see my earlier post here).

The Order of Battle is fine, the stream is pretty good (I based it heavily on the Rousseau map), hills/contours are a bugger, and the Built-Up-Areas tricky.  I ended up following SPI's Napoleon's Last Battles' Ligny map and set up quiet closely.

The terrain (except trees and roads) and figures are mine.  Richard took the Prussians.  Proving that no battle plan, eh, scenario, survives the first few minutes, Richard launched a major attack on the French right using the Prussian II Corps.  Not what I expected or intended the scenario to allow, but it made for a good game.

I designed an early start at 14:00 with the French III and IV Corps moving onto the battlefield. 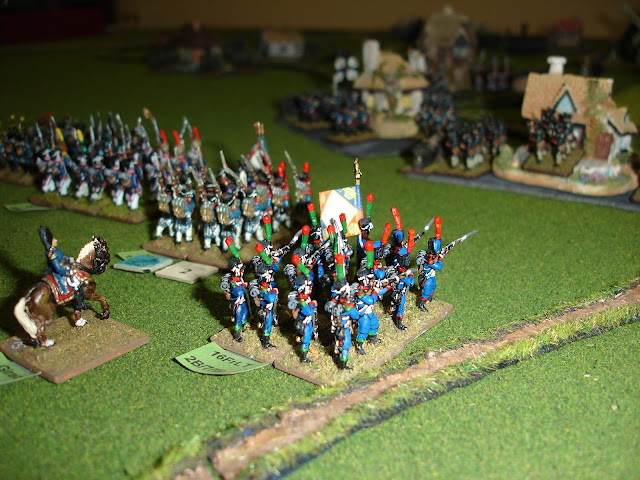 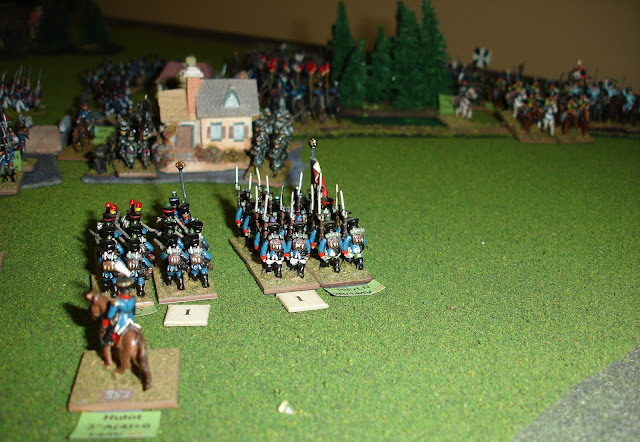 The 14th Division tackles Ligny, but it doesn't go well and the Prussians are massing... 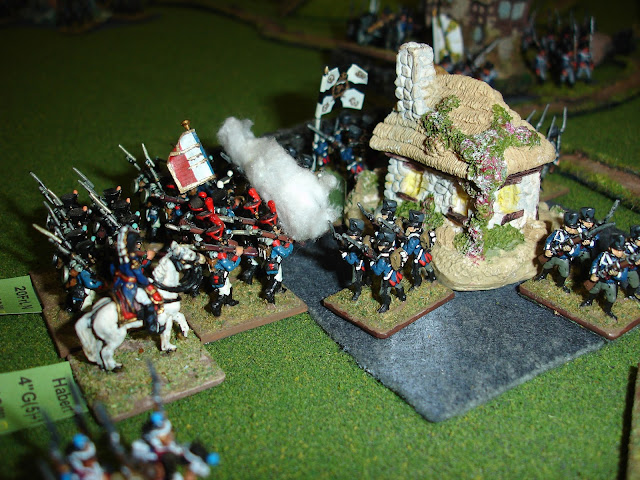 The attack on St Amand meets with immediate success,
the Prussians had been disordered and were in no state to defend the village.
Note: St Amand consists of two Built-Up Area (BUA) segments. 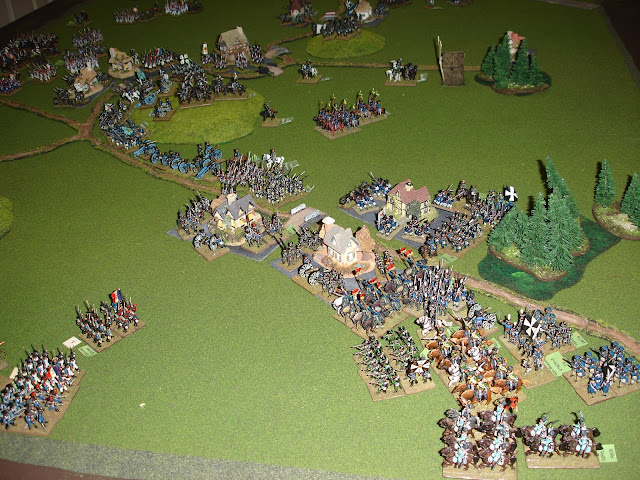 The Prussians throwing all they have into an attack on the French right.
The French started to immediately withdraw. 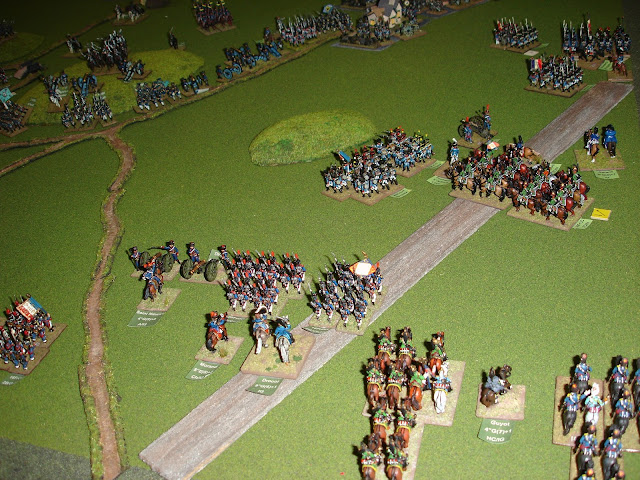 Come 15:00 and Napoleon has arrived with the Guard.
(He can be seen in the next picture, lower right hand corner) 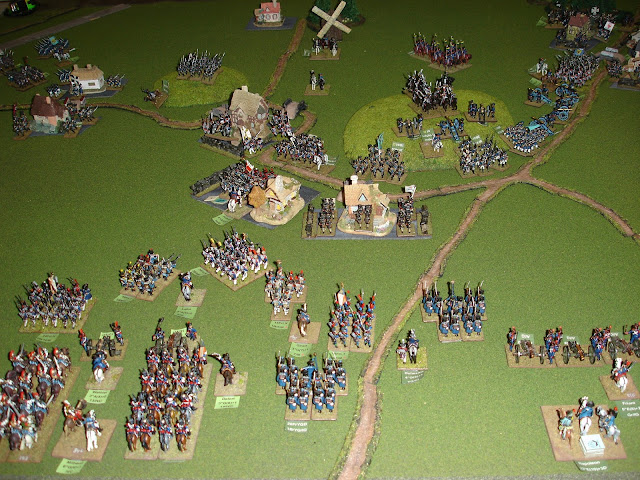 Milhaud's cavalry has been deployed to the left.
The Young Guard have been pushed forward to help in the attack on St Amand.
A Grand Battery has been formed between the III and IV Corps.

The cautious, but hopefully overwhelming attack on St Amand (centre).
The French have abandoned all thought of attacking the village of Ligny (top right). 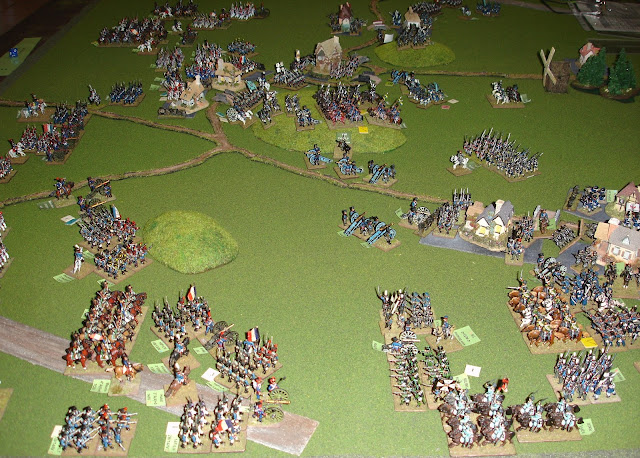 The French right, just before the charge of the 7th Cavalry Division. 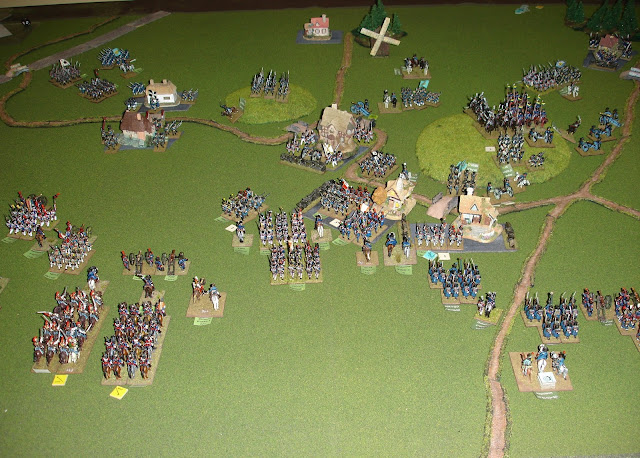 The French have completely taken St Amand  with an attack lead by Vandamme in person. 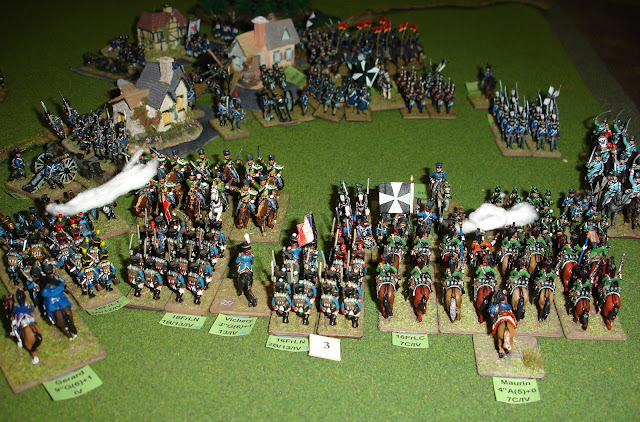 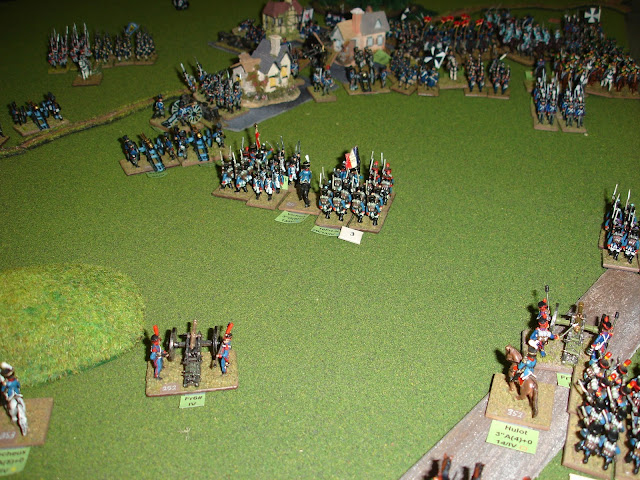 That's the French 13th Division out there a bit exposed. 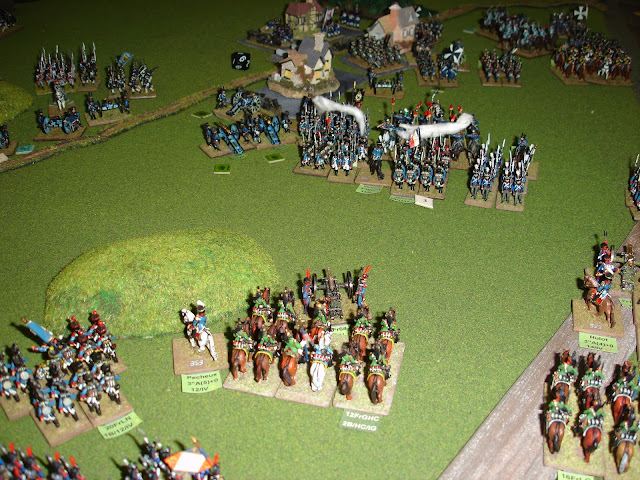 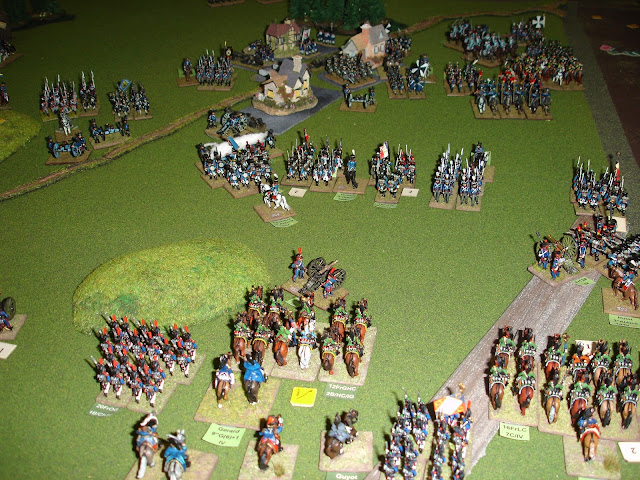 They are repulsed.
Around this time the Prussians used the last of their Free Rolls. 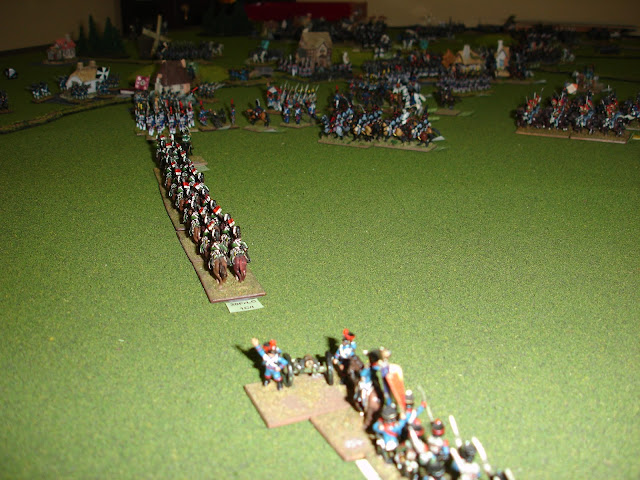 In a stroke of good luck, part of D'Erlon's Corps arrives at 15:00.
This avoids panic in the French lines over just who the "dark masses" were.

The view from the Prussian side. 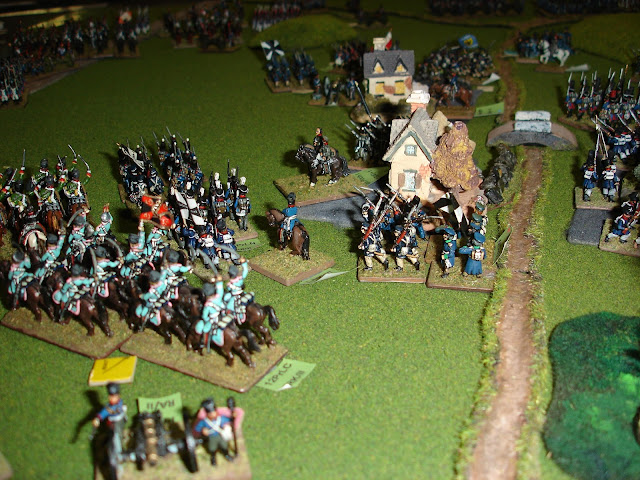 The Prussians still have a have lot of troops around Ligny.
They have been hampered from being able to freely deploy by the table edge and the brook itself .
I am sure Grouchy would have something to say about this.

The French are pushing ahead inexorably (they hope) west of the Ligny Brook.
To the east however they are possibly a little over extended.
The IV Corps is very depleted and the Old Guard are having to shore things up.

At least Napoleon still has a few Free Rolls left.