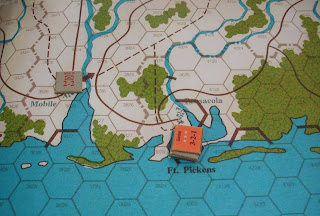 The Rebs besieged Ft Pickens down on the Gulf of Mexico.
It would take the Union four weeks (turns) to get there... 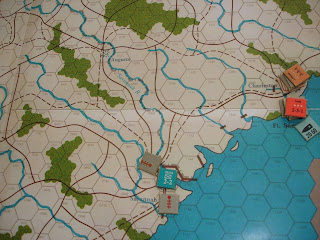 I decided there was better things to do and succeeded in grabbing Savannah.
Perhaps it's a bit too early to march on Augusta, but it sure is tempting. 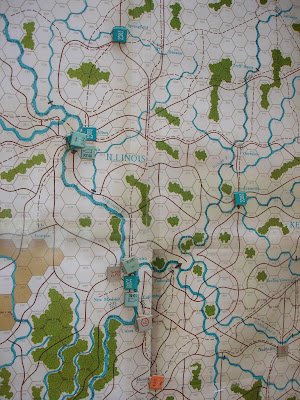 In the West it was mainly consolidation.
The Rebs are intent on holding Union City. 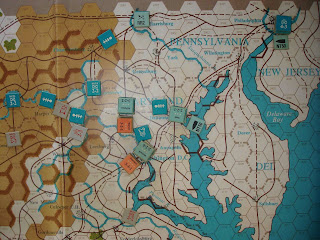 And in the East I got busy repairing the railroads. 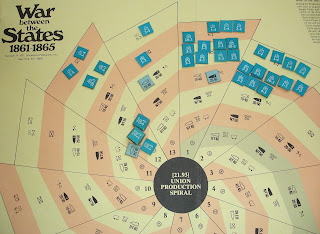 The production system at the start of the 11/61 cycle.
We reordered things to align with the cycle dates. 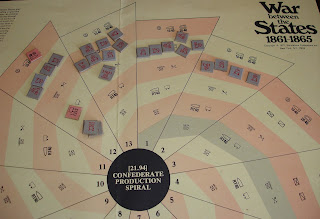 The Rebs are building too, but not so much.