And a bloody drawn out affair it was to!

The trouble with large units is my frontage is reduced and flanks exposed.
This was going to be a tricky battle. 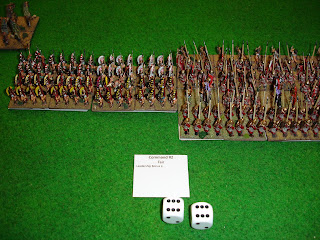 Good omens - my second in command is feeling expert. 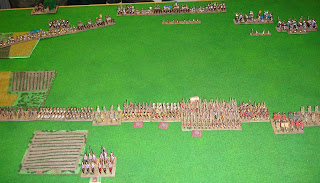 But his double move disordered his troops.
This was blamed on a the fat drunk trumpeter not blowing his horn long enough. 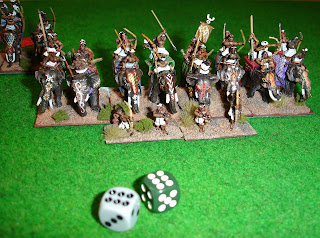 One of the enemy generals is also feeling like an expert. 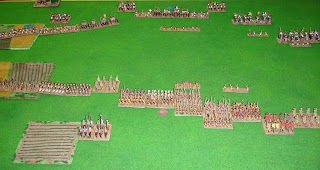 End of turn 2 and the going is slow.
I'm embarking on an echelon attack, leading with my left 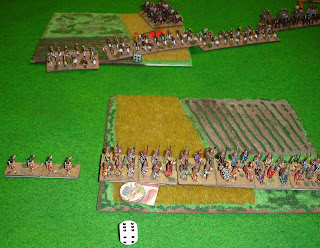 The left flank come under long range fire.  They only get one dice.  They throw a six.
For my cohesion test I roll a six.  I use a Hand of Fate and reroll and get another six.  :-( 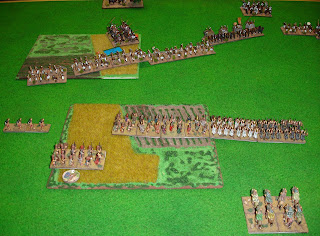 Centre and Right are carefully positioned. 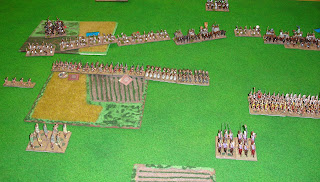 The left is closing and we are both moving over some reinforcements. 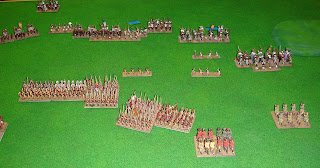 Getting ready for a skirmish on the right. 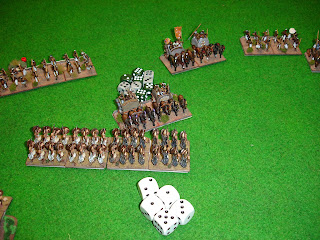 With die rolls like that - scratch one Peltast unit. 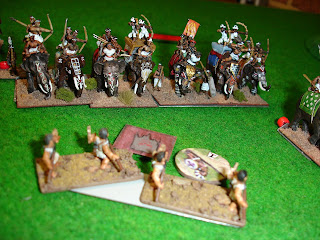 Elephants are tough enough, but armed with various weapons
my javelinmen didn't have a chance. 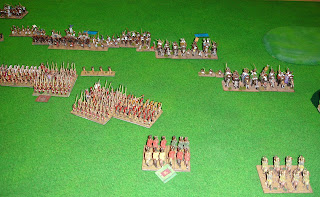 There is still plenty of distance between us on the right.  Good. 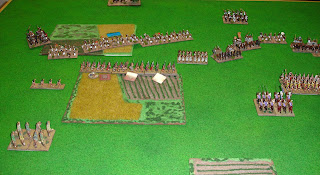 On the left things are looking disordered. 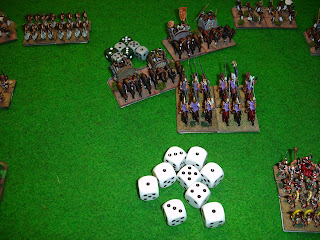 I send in the CinC with the Agema.  It doesn't go well,
but at least this time a Hand of Fate turns a 6 into a 1 and they are saved. 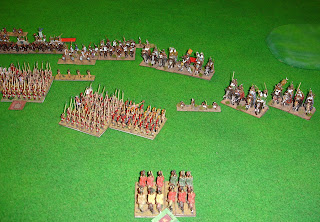 Centre and Right are on the move. 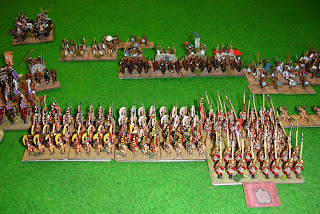 A clash in the centre is imminent. 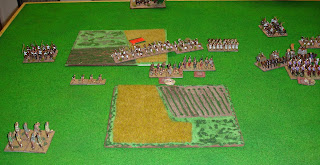 My left wing attack is not going as well as I'd hoped. 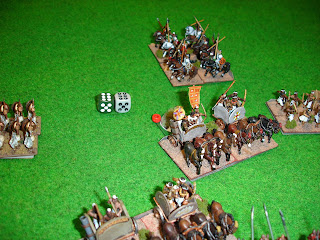 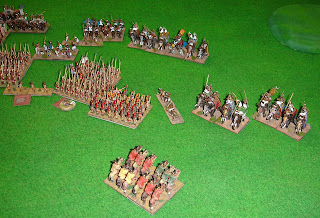 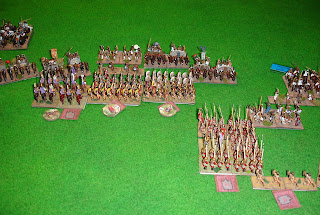 The fighting in the centre is full on 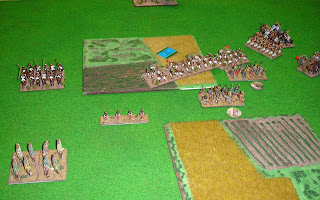 The left is getting interesting.
The white cloaked Peltasts are given the Indian cavalry some curry. 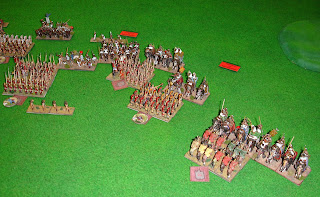 Right wing and the Thessalians are holding there own - phew.
While the Greek infantry try out their spears on the elephants to their front 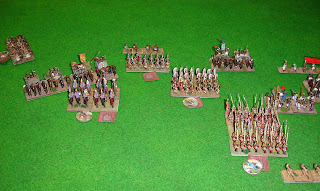 The Indian centre is fading.
My CinC is fighting for his life. 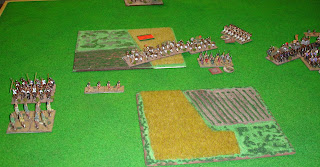 One Indian cavalry gone and another has advanced to javelin range 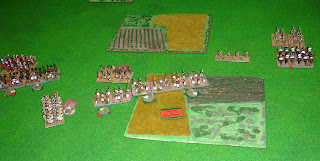 The penultimate turn as seen from the Indian side.
Their right/my left. 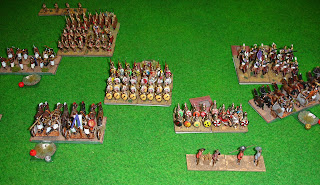 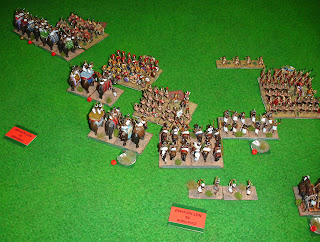 The Indian left and my right. 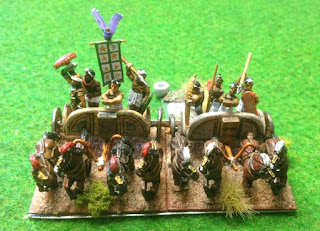 The Indian general wondering where his army has gone. 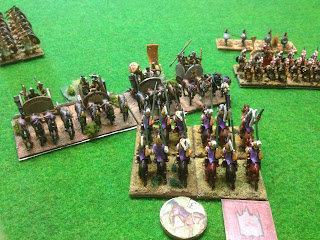 The Greek general wondering how he is going to get out of this mess.
(Hint: he doesn't) 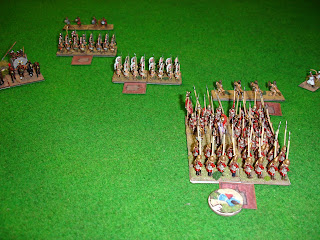 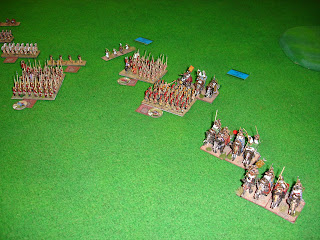 It's been slaughter all round.

Both armies break on the same turn.