Kiev to Rostov via Vassal - GT62

The northern sector, the 3rd panzer corps has pushed forward, the Soviet's have retreated.  Will their new lines hold? 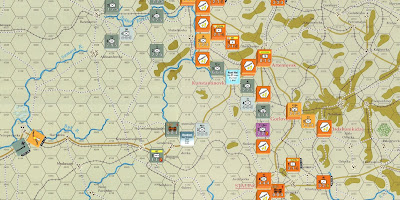 North of Stalino and the Axis may soon be able to renew their attack. 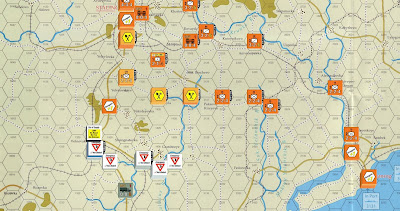 South of Stalino and the 48th panzer corps needs
to link up with the supply line to the north of Stalino.

The Melitopol pocket.  It's continued resistance is tying down
Axis forces that are needed for the southern attack on Stalino.