Kiev to Rostov via Vassal - GT52

It's a mixed blessing.  It stopped the Axis, but also slows the Soviet's ability to respond. 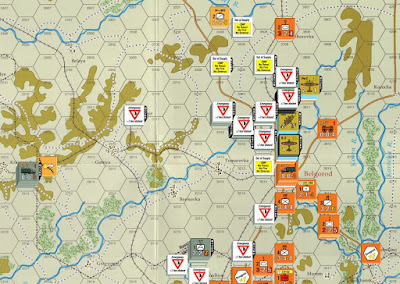 The mud meant the Axis could only manage three attacks around Belgorod.  These were at three to one mostly.  They met with mixed success, however the Soviets would have trouble responding, especially given what happened down south. 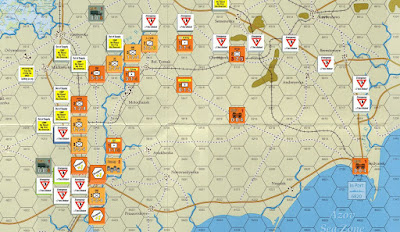 The Melitopol pocket, almost closed, the Axis had command of a good road, but just couldn't quiet close the trap. 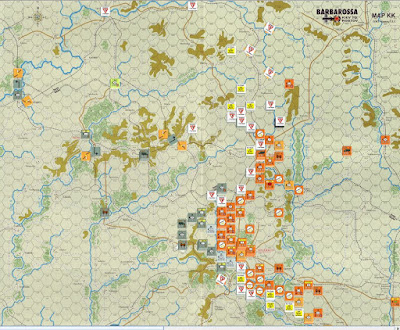 Kharkov is stable, but the Soviets are trying hard to patch up their line to the north of Belgorod. 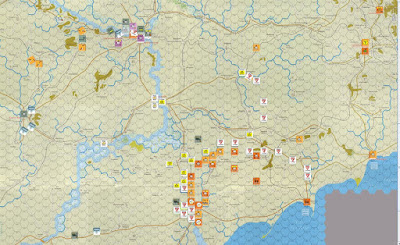 The best the Soviets could do for Melitopol (aside from abandoning their lines which might have been a bit premature) was to rail in some troops and hope that they will be able to create some openings.  What the Soviets know is that the Axis are planning to withdraw at least two of the divisions that are forming the pocket.  It is also possible that with the supply situation, regardless of the weather, the Axis troops might find themselves immobilized due to fuel shortages.  All they need to do is close one hex...