Tonight at the club our Wings of Glory mission was to conduct a photographic reconnaissance.  I had control of a Sopwith Snipe and Bristol Fighter, the latter carrying the all important camera.  In support was a Sopwith Camel piloted by Greg. His plane was fresh out of the box and had just been purchased today, neat.

The British faced three Fokker triplanes under control of the two Steves. 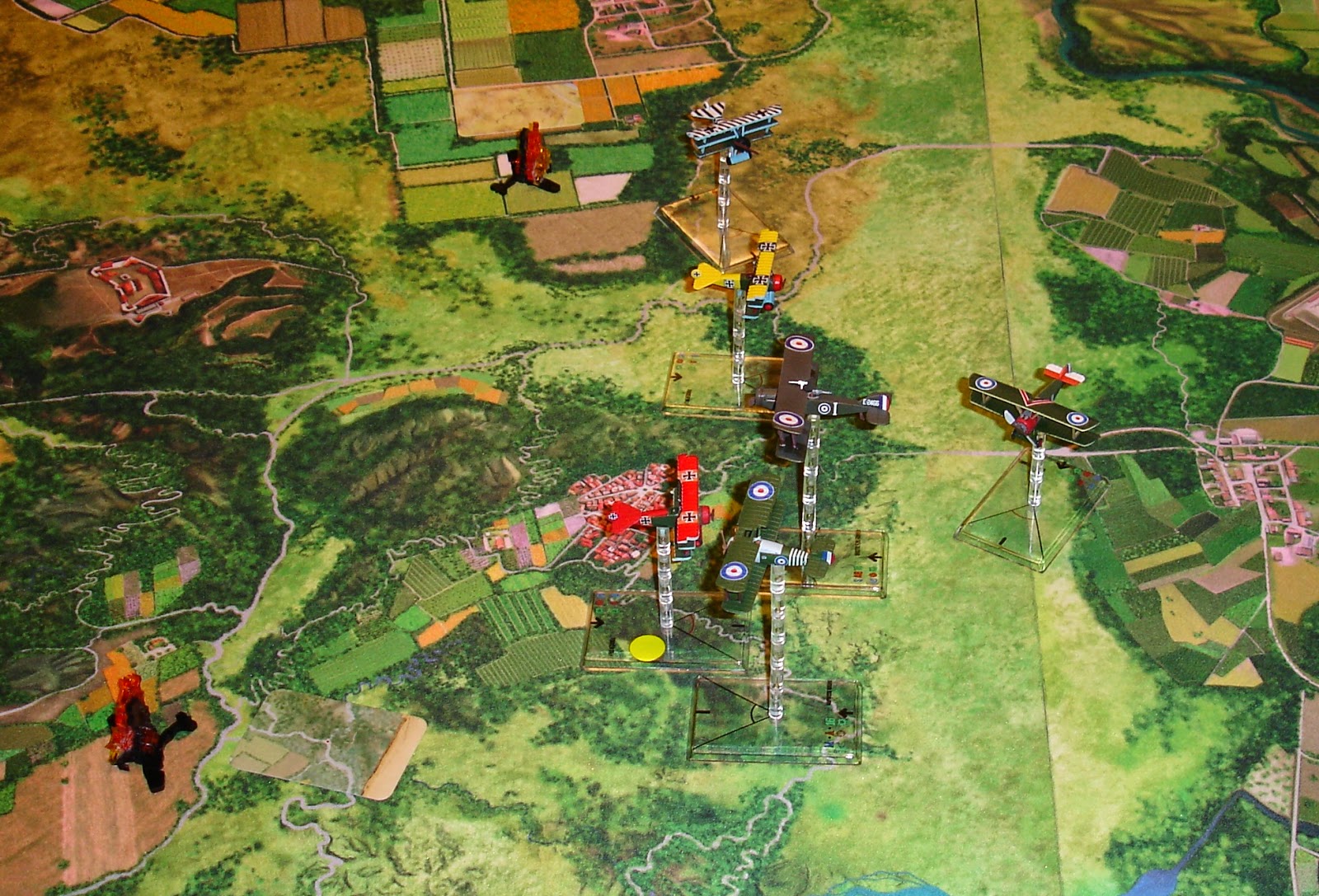 The Bristol Fighter with its two escorts heads towards the target (lower left hand corner). 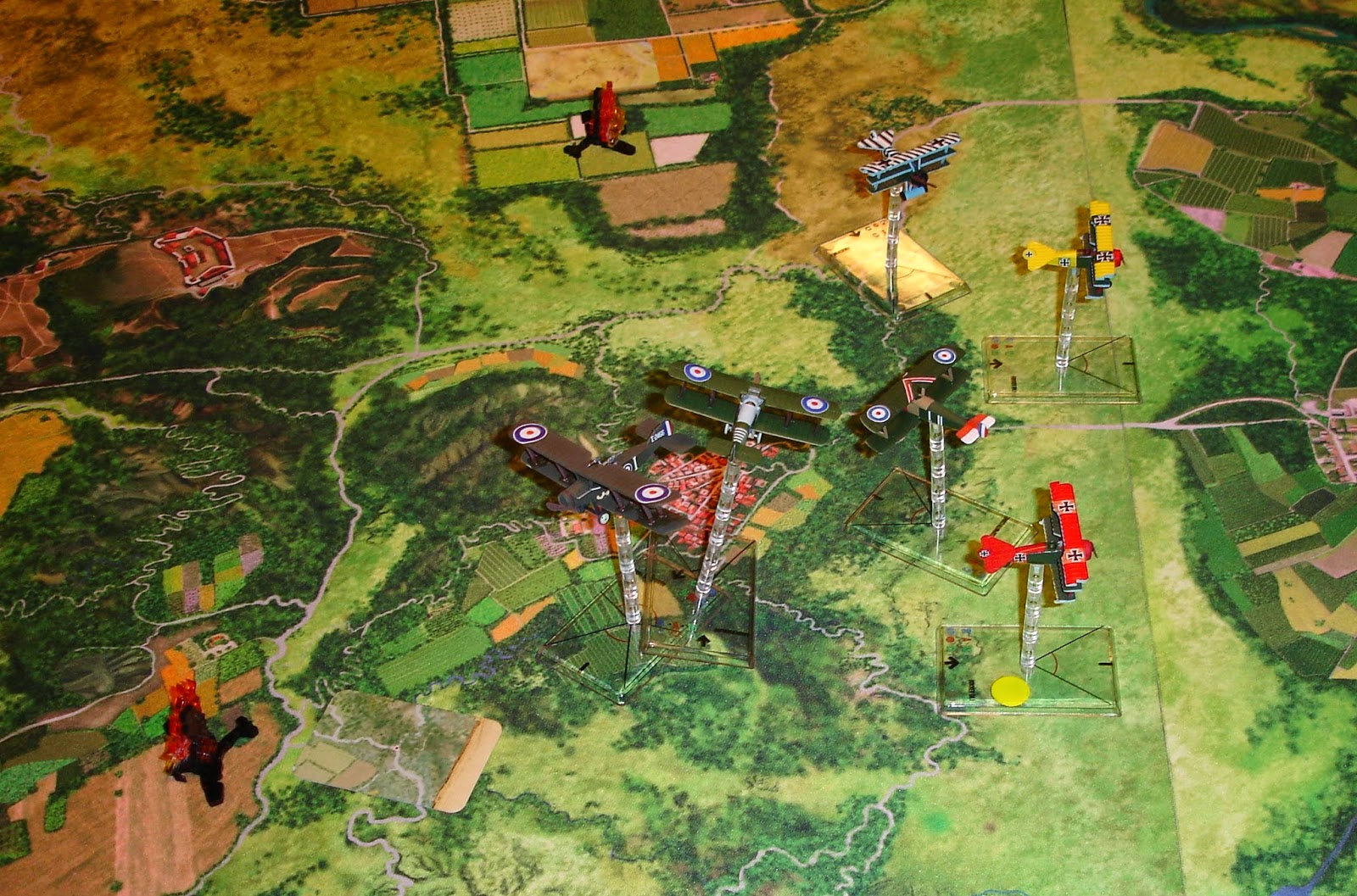 The Bristol Fighter survives the first pass of the Fokkers and has a clear run to the target. 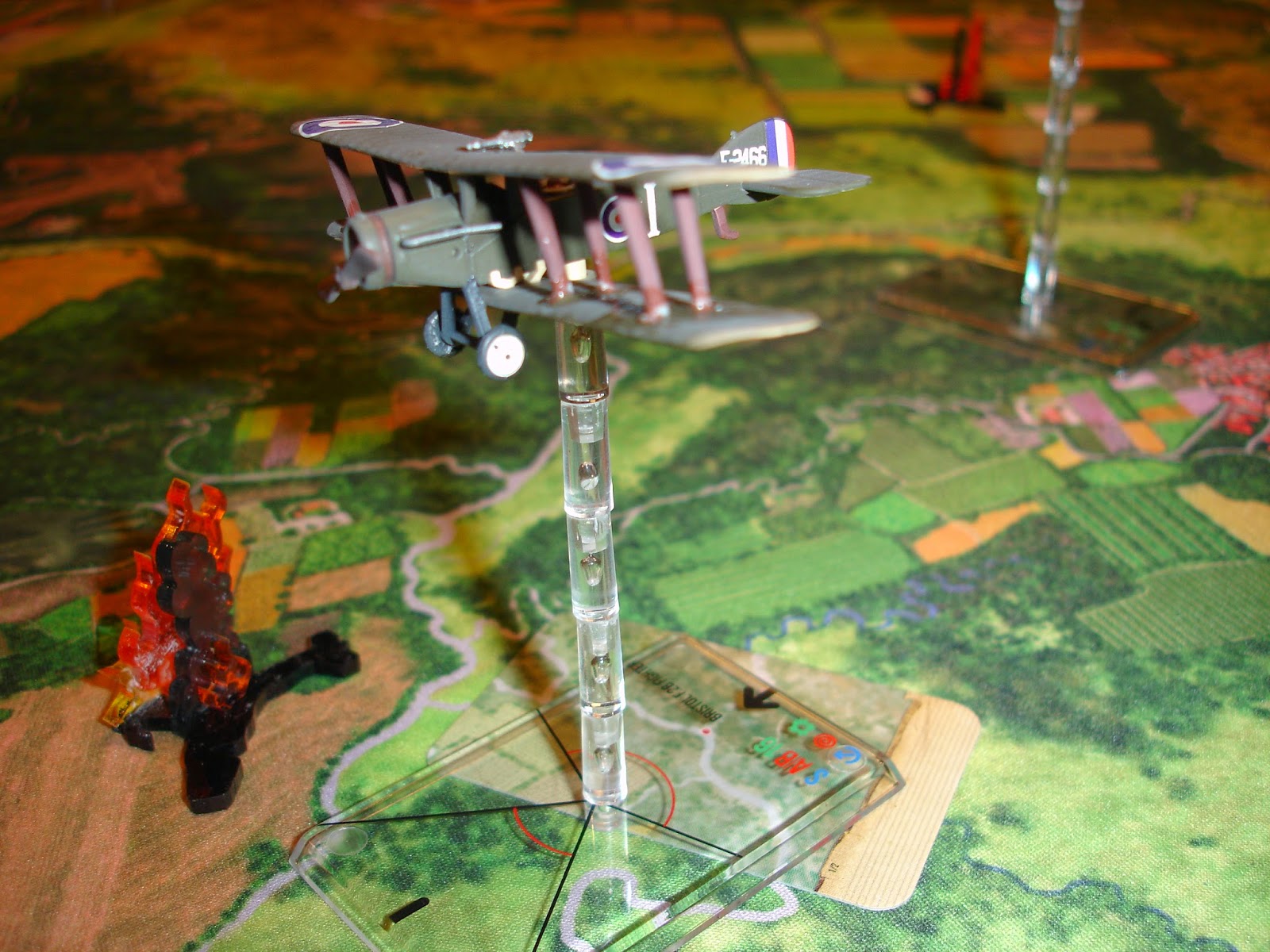 Snap.  The first part of the mission is accomplished.  Note wreck of a previous attempt to photograph the location. 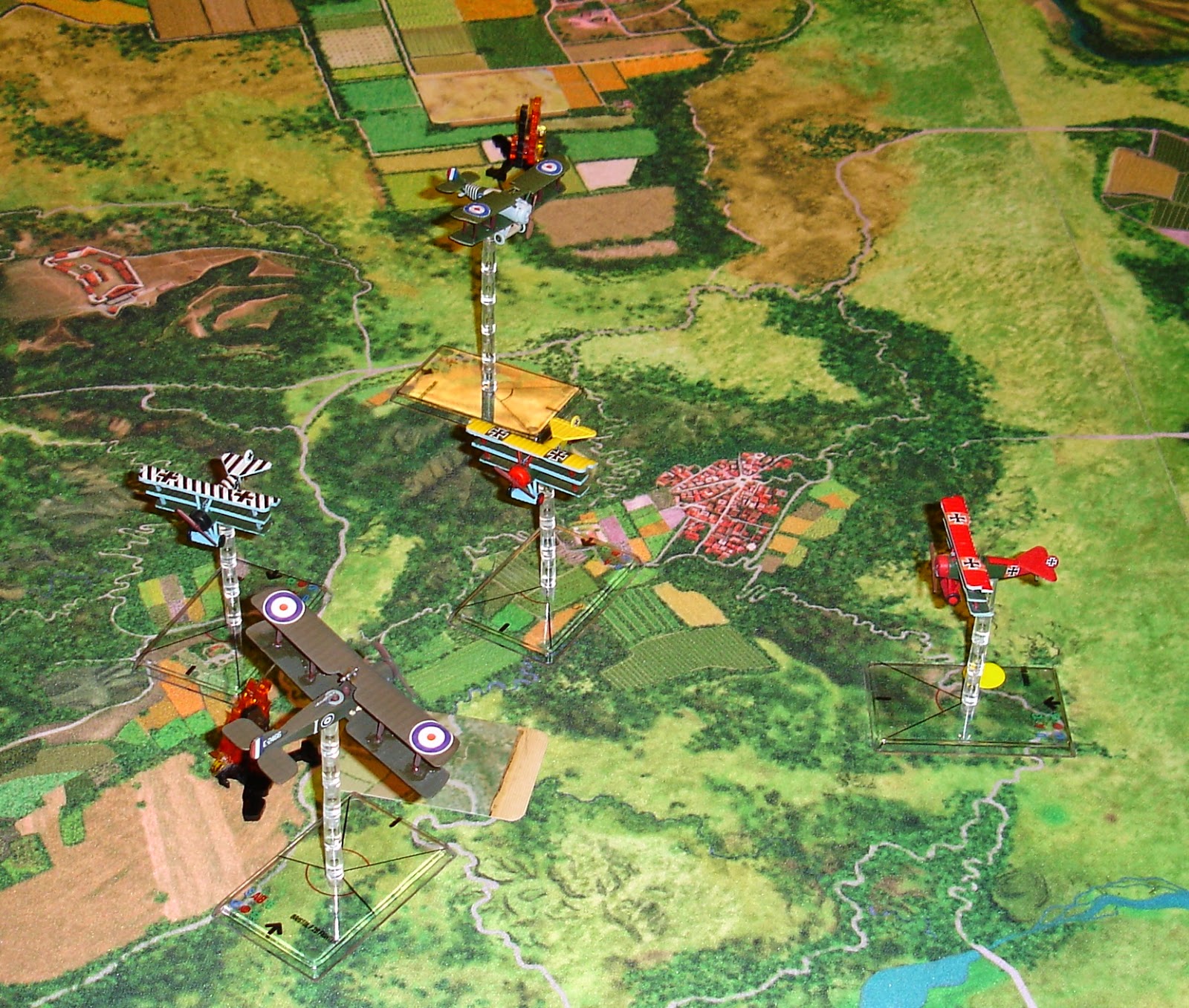 The Fokkers swarm the Bristol Fighter, hoping to down it before it can return home with its precious photographic plates. 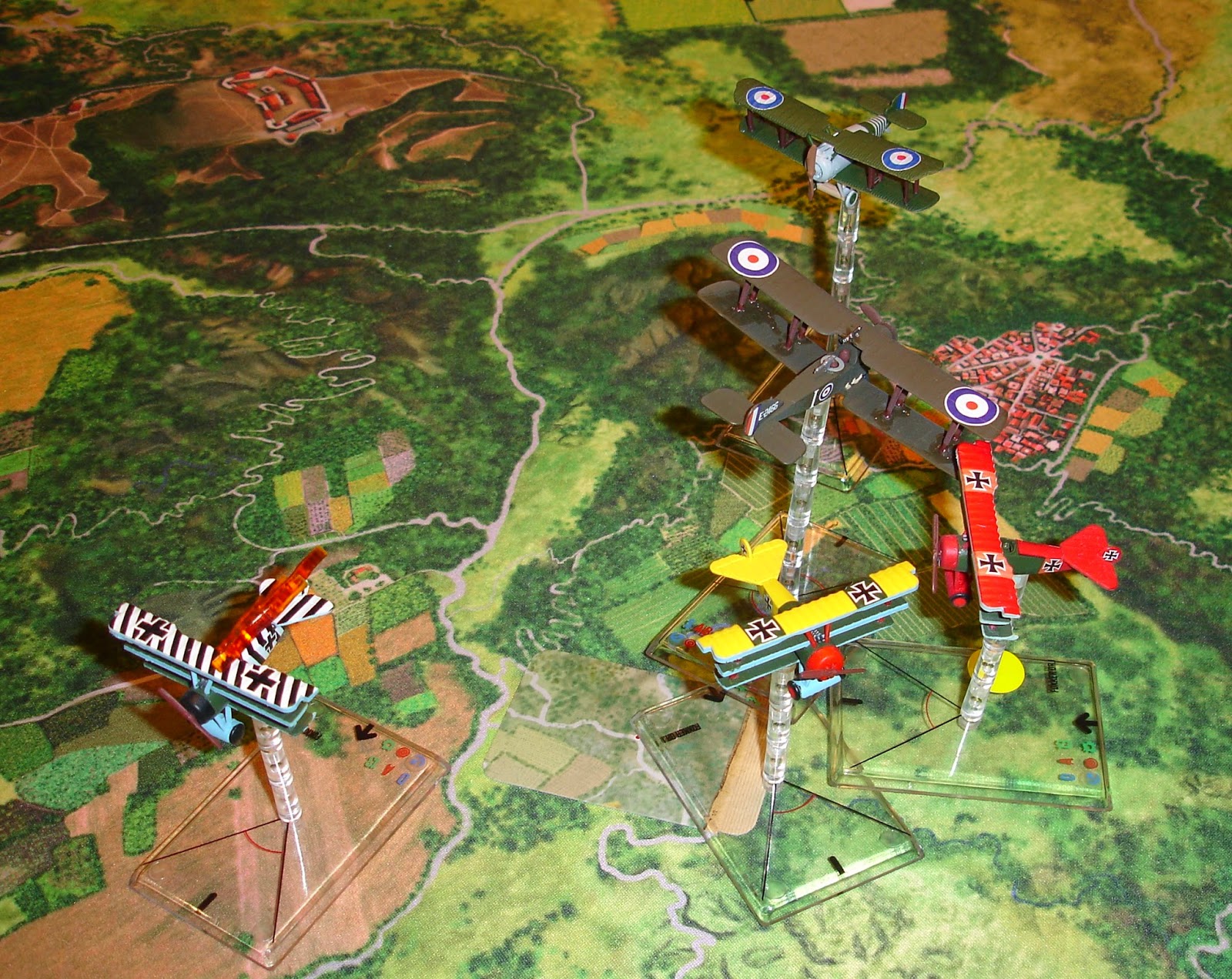 The Bristol Fighter toughs it out.  One of the Fokkers starts to burn. 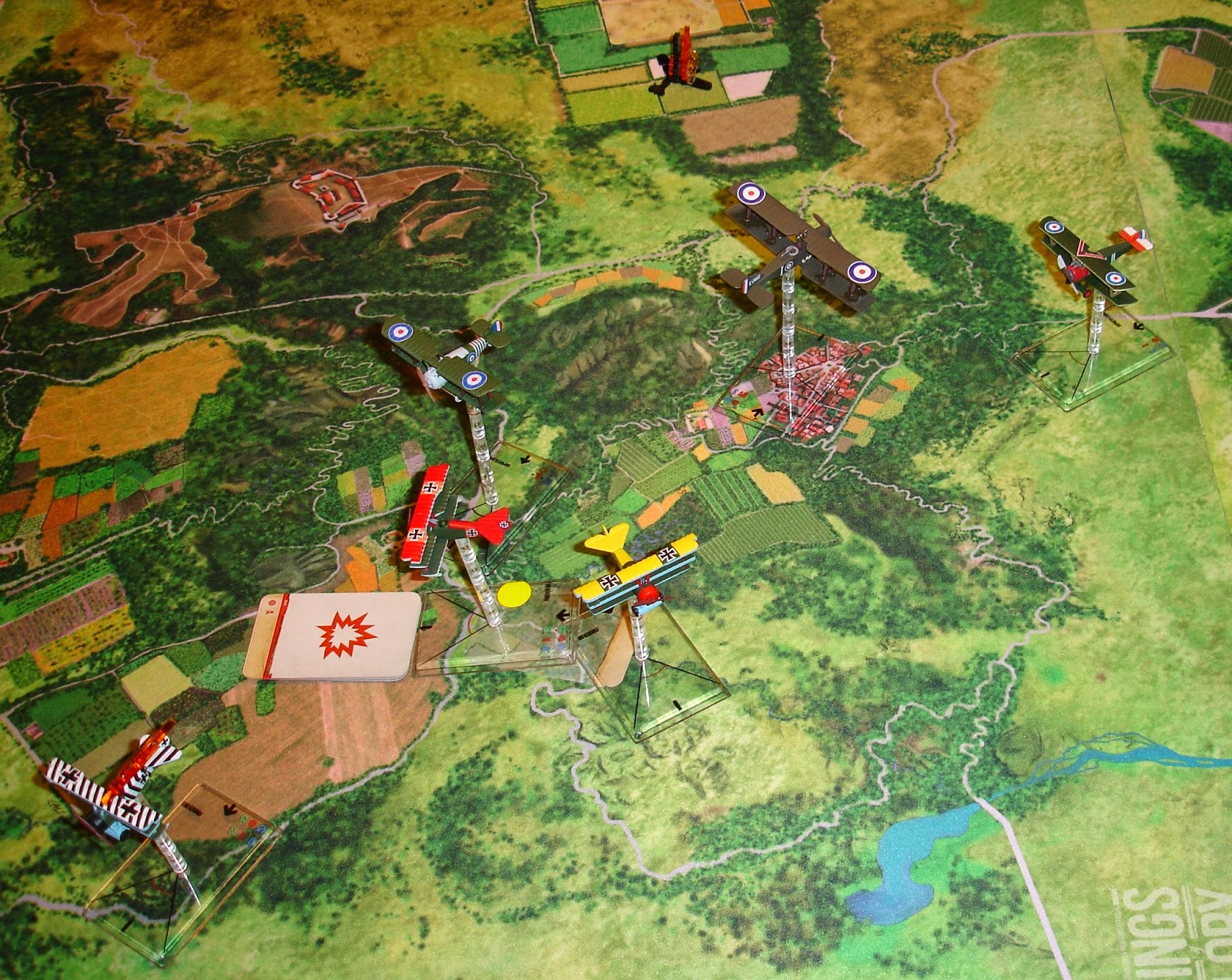 A Fokker explodes after being shot up by the Snipe. 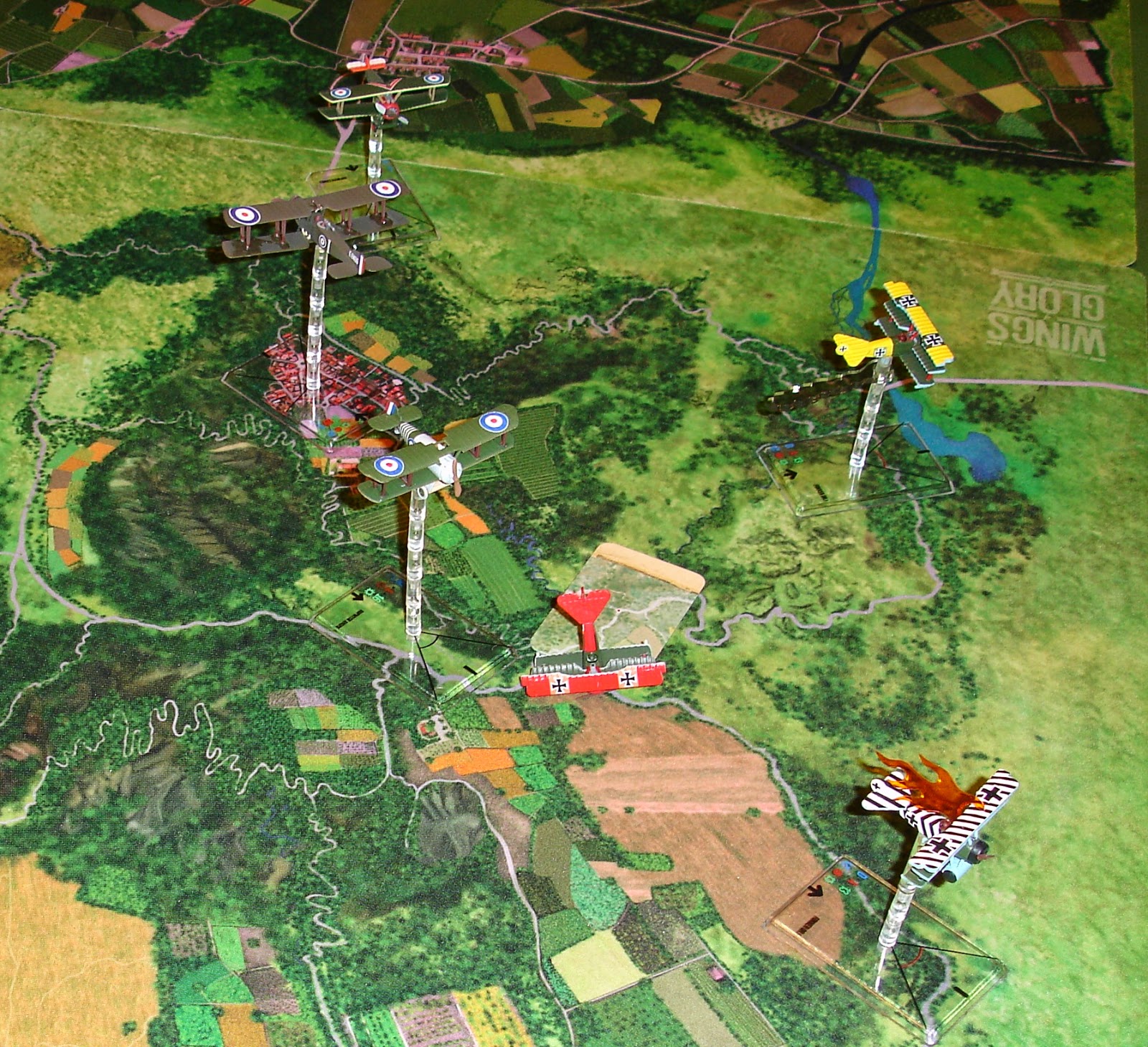 Perhaps it is time to head for home? 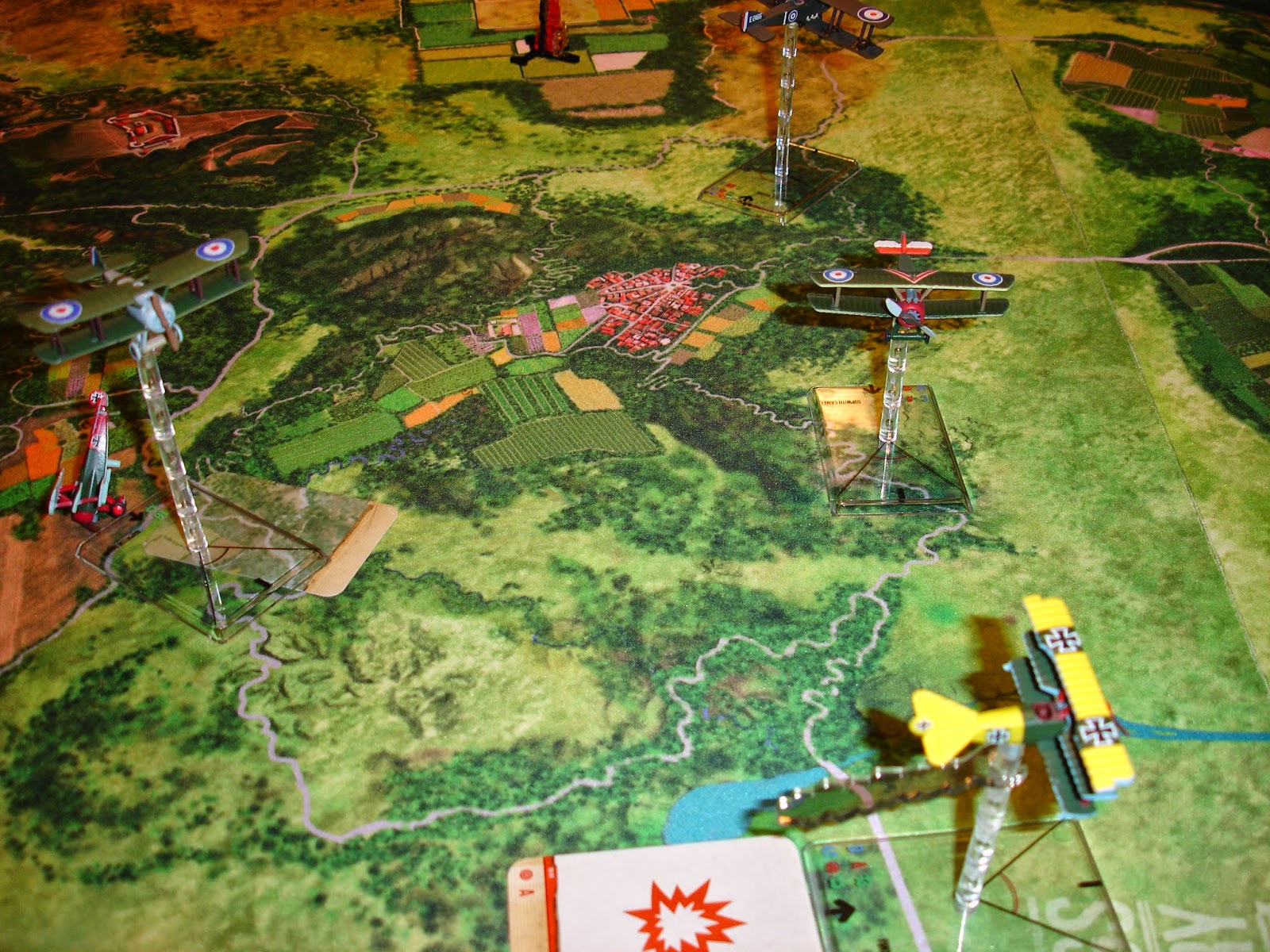 Nah, there is time for the Camel to get in its first kill - great result Greg for your Camel's maiden flight. 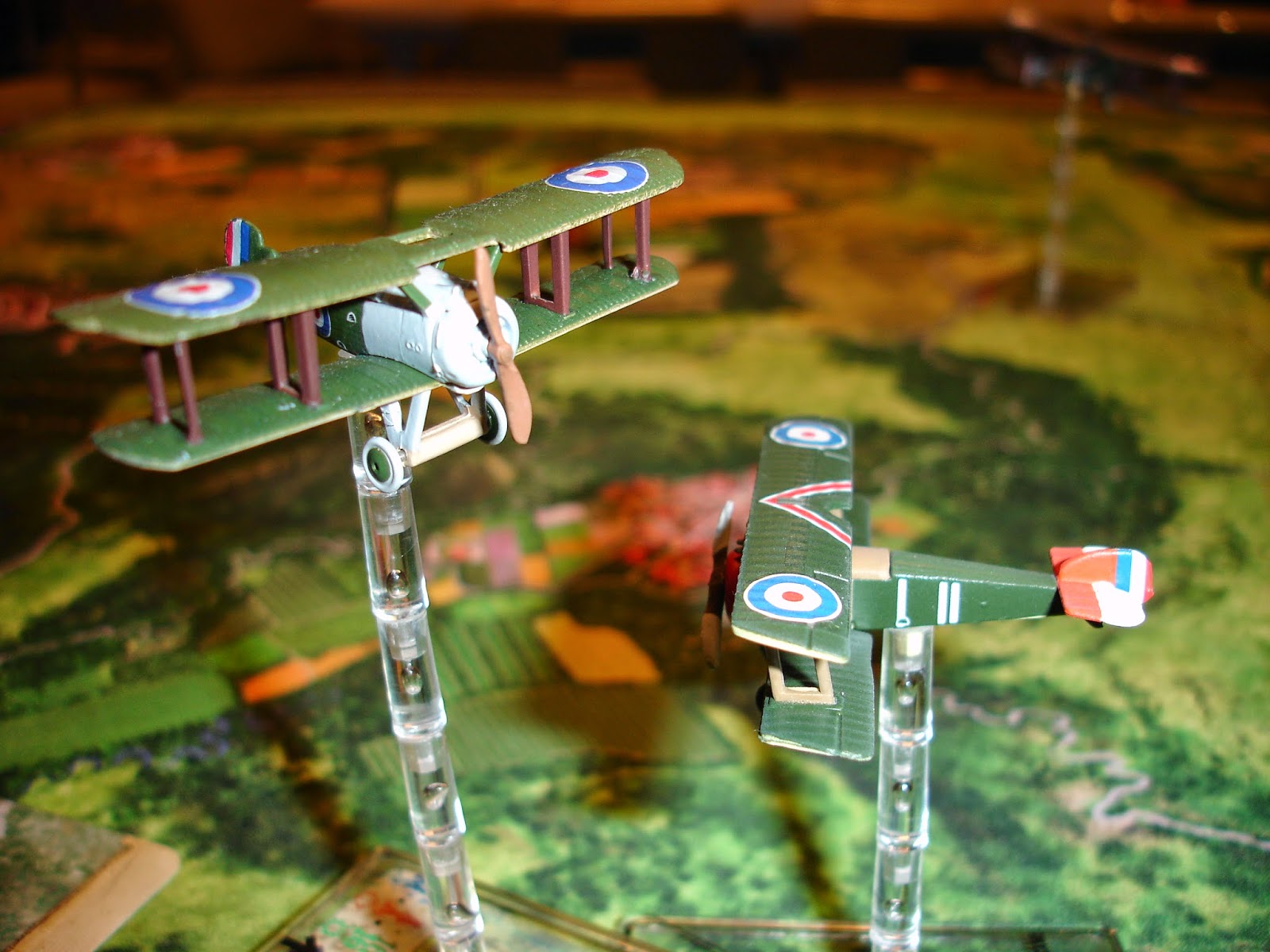 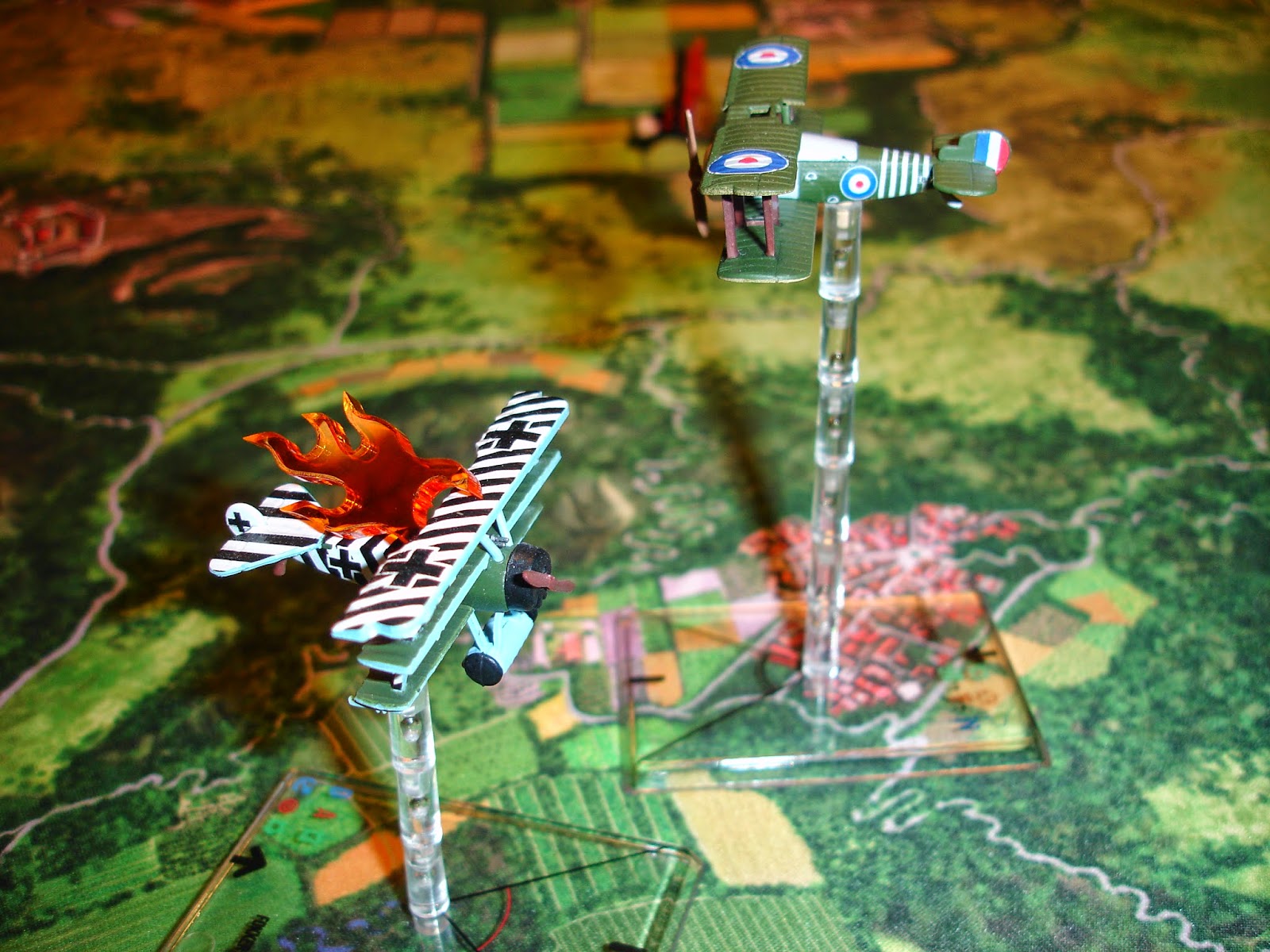 The last Fokker takes more damage from the Snipe and goes down in flames.  Game over.

We were playing with altitude, but all started at the same position and no one dived or climbed.  I thought about diving with the Bristol Fighter when it started its home run, but considered that wouldn't be sporting.

For this game we were using opportunity fire.  Basically, if planes could have got in a shot during their movement, we allowed them a single card shot if they didn't have a target at the end of their move.  If it was a head on, as can be seen in the first photo, we allowed a double card shot.  In that particular case the planes end up with their bases just overlapping.  Under the normal rules this would have meant no shot, but clearly they had plenty off opportunity to fire on their approach.  Opportunity fire seems to work, but more games are needed to confirm practicality of the mechanism.

All planes and terrain from Stephen N's extensive collection, but the Camel was Greg's.