As part of my 1/72nd scale Waterloo project (one that I classify under "plastic nostalgia") I needed a 24 figure unit for my Napoleon's Battles OoB.  To give it the correct classification, a 24DBLN brigade.  I had already done the Dutch part and today finished the Belgian Line Infantry. Trying to maximise my options I created an 18 figure unit that can fill in as a battalion for Shako as well as being single figures I can use for Napoleonic skirmish or perhaps other rule systems. 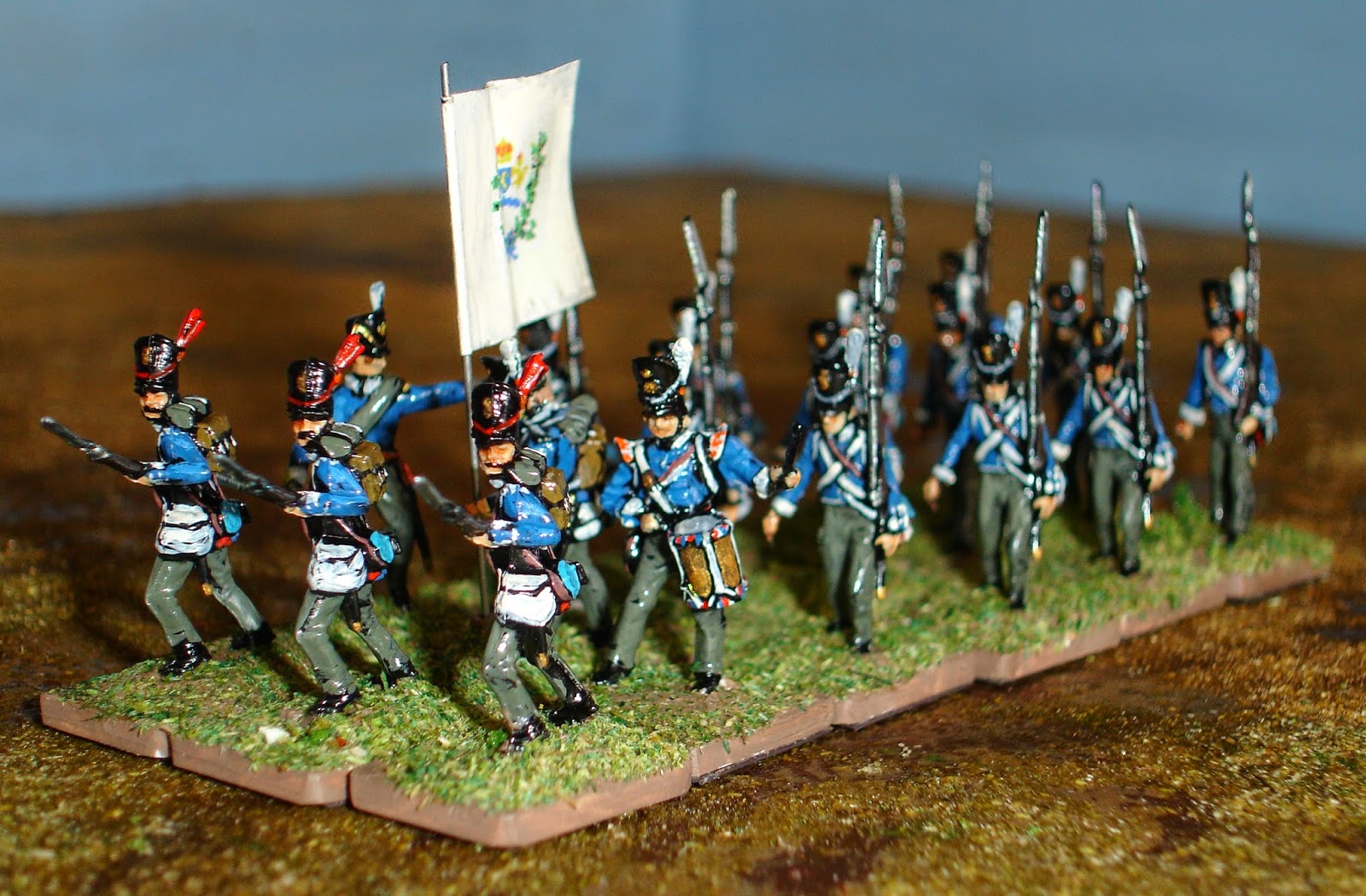 The 18 figure unit lead by the grenadiers.  I like the pose of these HAT figures. 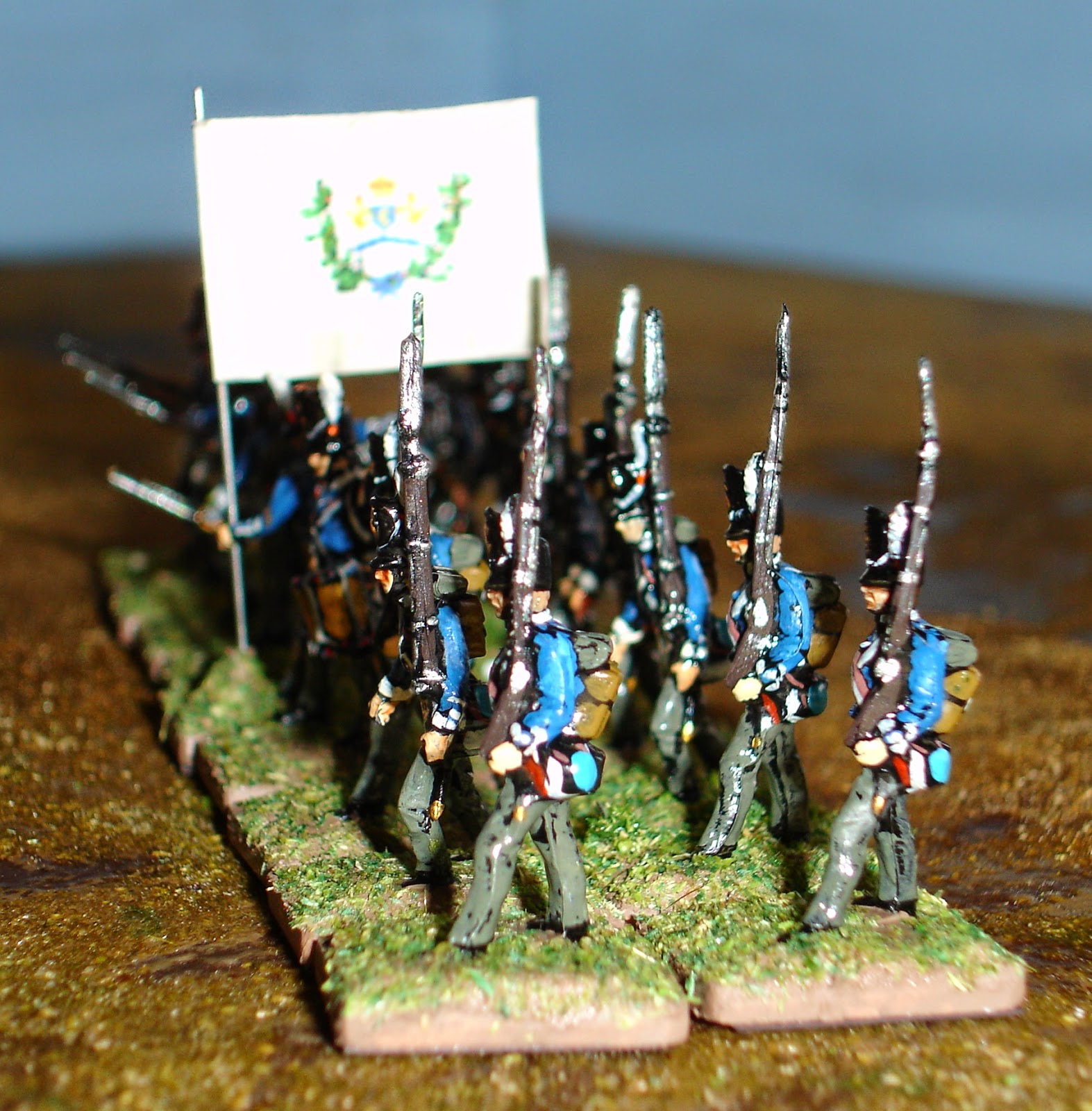 But they are not all HAT, spot the six Airfix figures if you can (well six figures, but just three poses, one of which is a conversion). 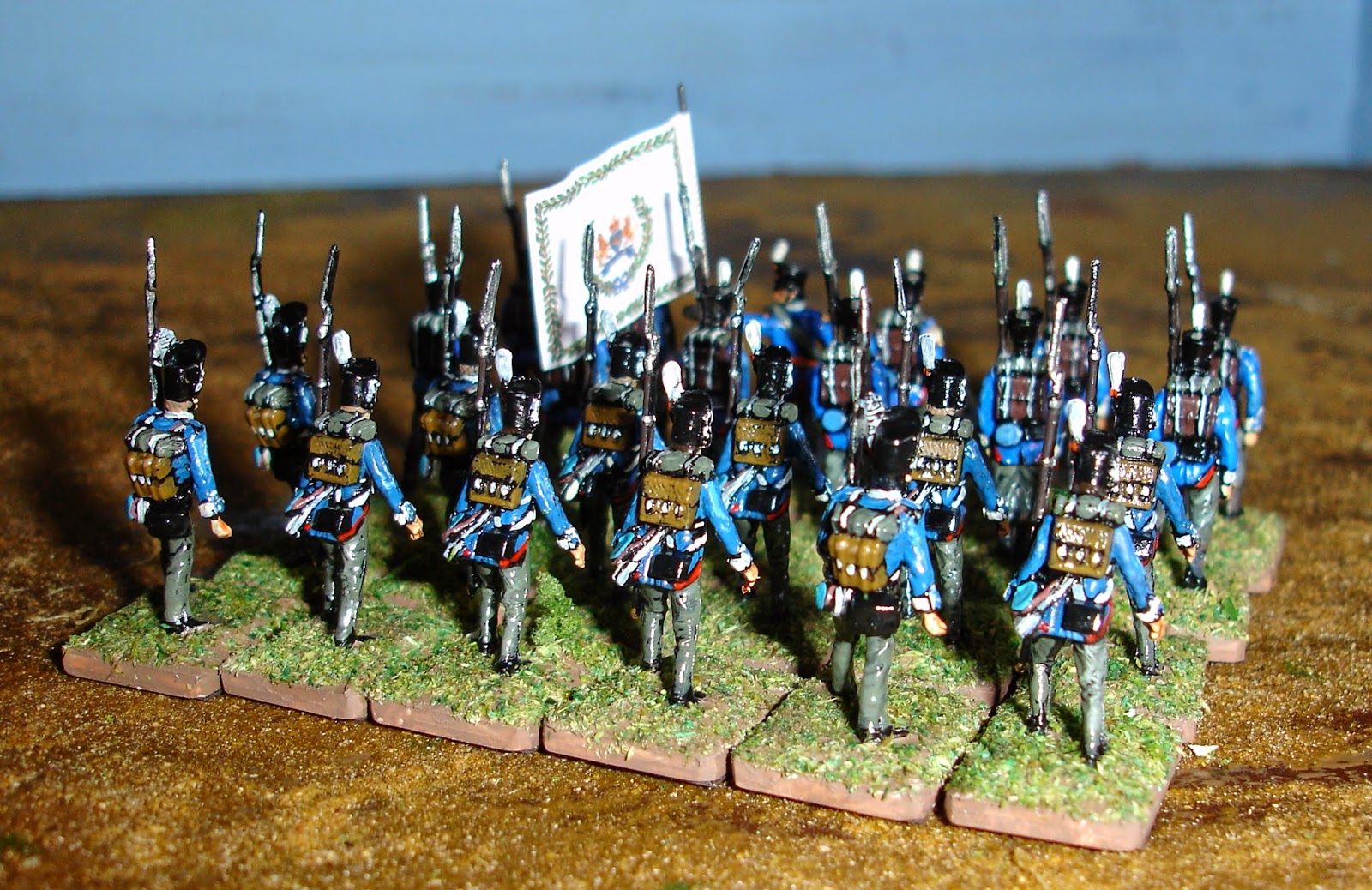 I still have the artillery to finish and then I will do some of the light cavalry before tackling the militia.

In posting these photos I realize I am yet to finish the flag staffs which are still in their bare metal glory.  I used the same matt varnish that is anything but matt, something I might remedy in the future with a matt spray, but they can be glossy for now.