The main feature for me of the NWS games day was to get in a big game of Wings of Glory.  Stephen has a massive collection and when I arrived he already had a lot out on display: 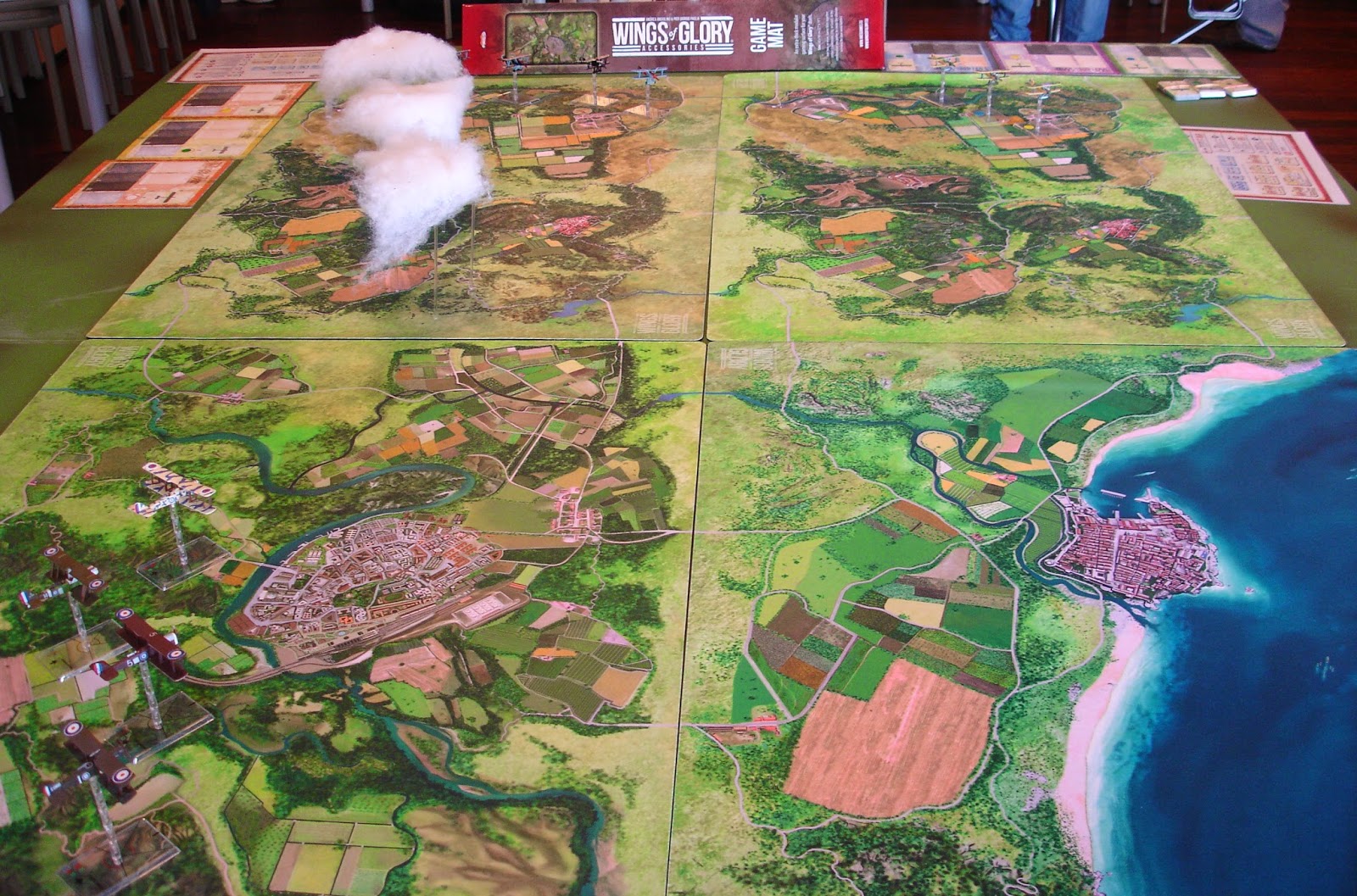 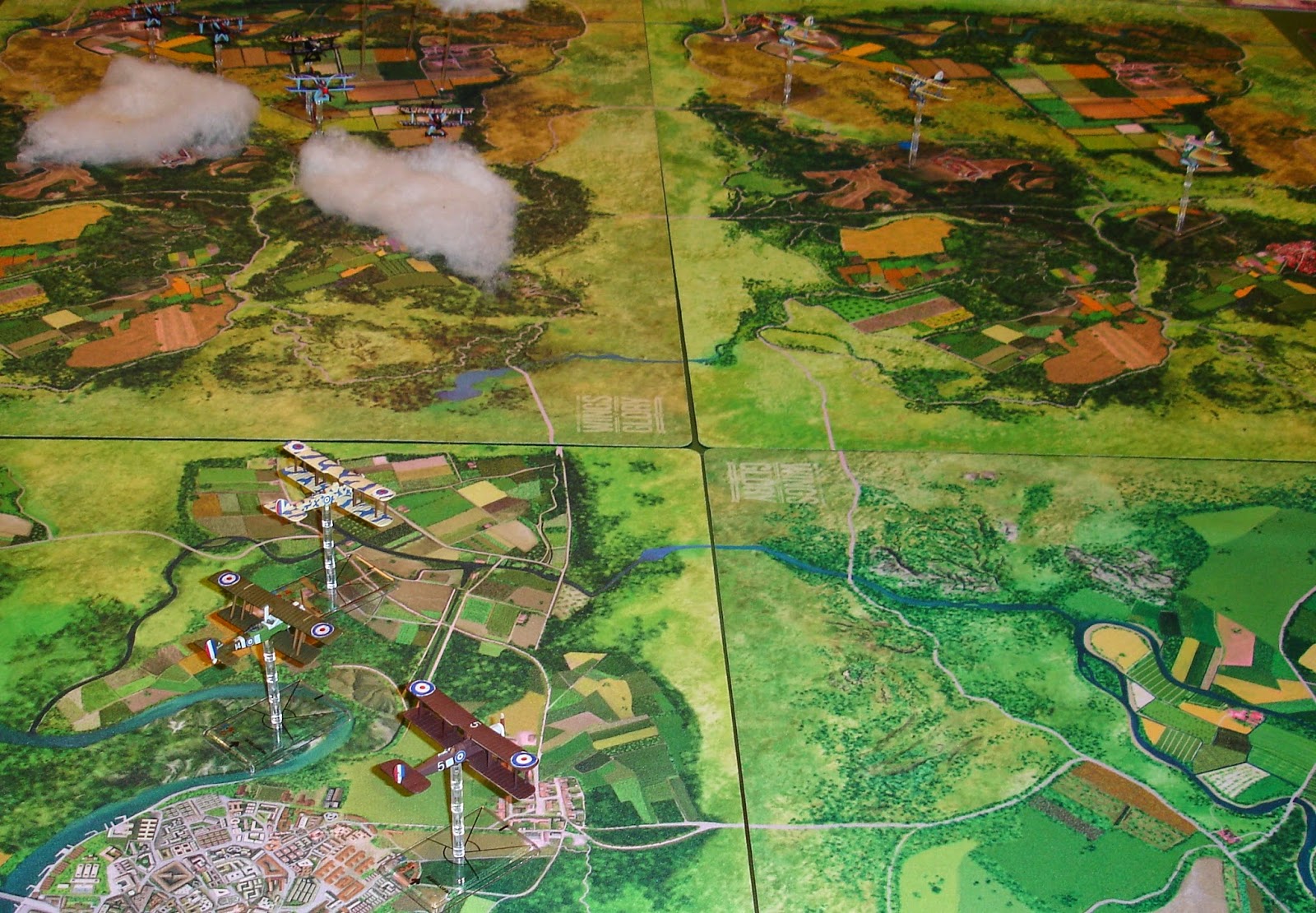 A brand new Airco DH.4 plus two De Havilland DH4 off to bomb a place protected by Albatri. 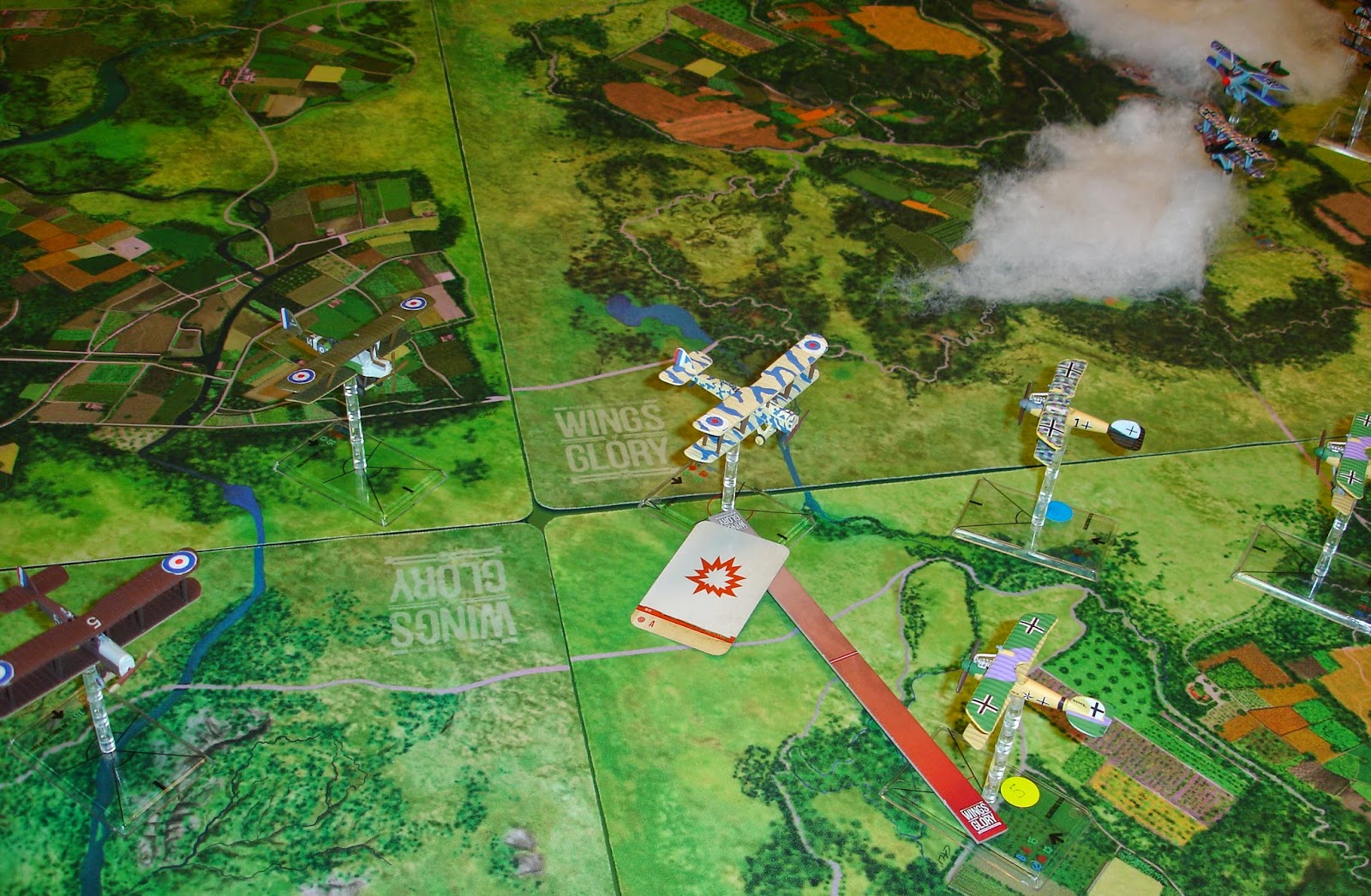 The Airco explodes upon receiving its first hit. 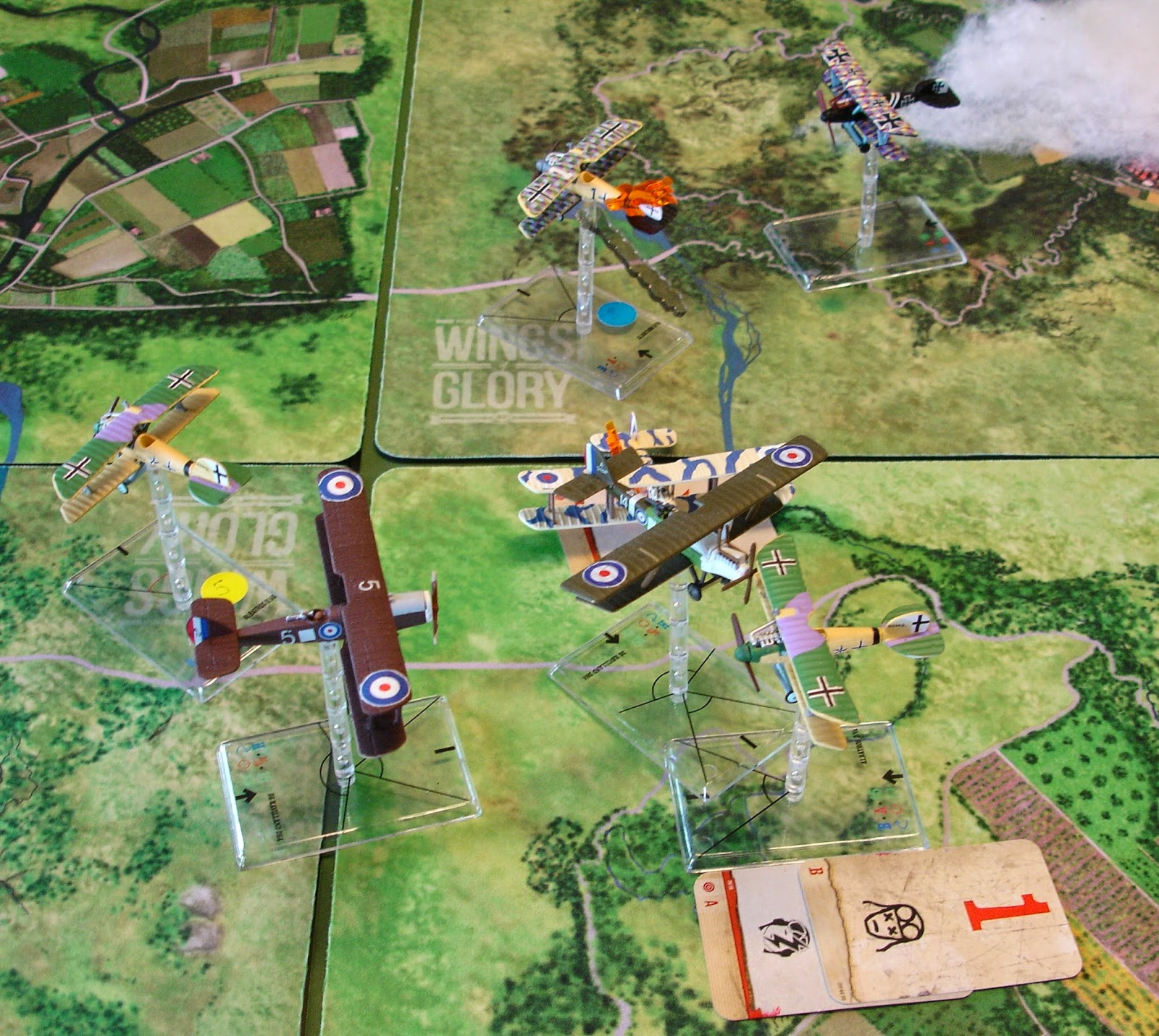 However the other British bombers shoot up one Albatross, setting it on fire, while getting a marksman shot on another with a double pilot wound resulting in one out of commission German pilot and a rapid descent of his Albatross. 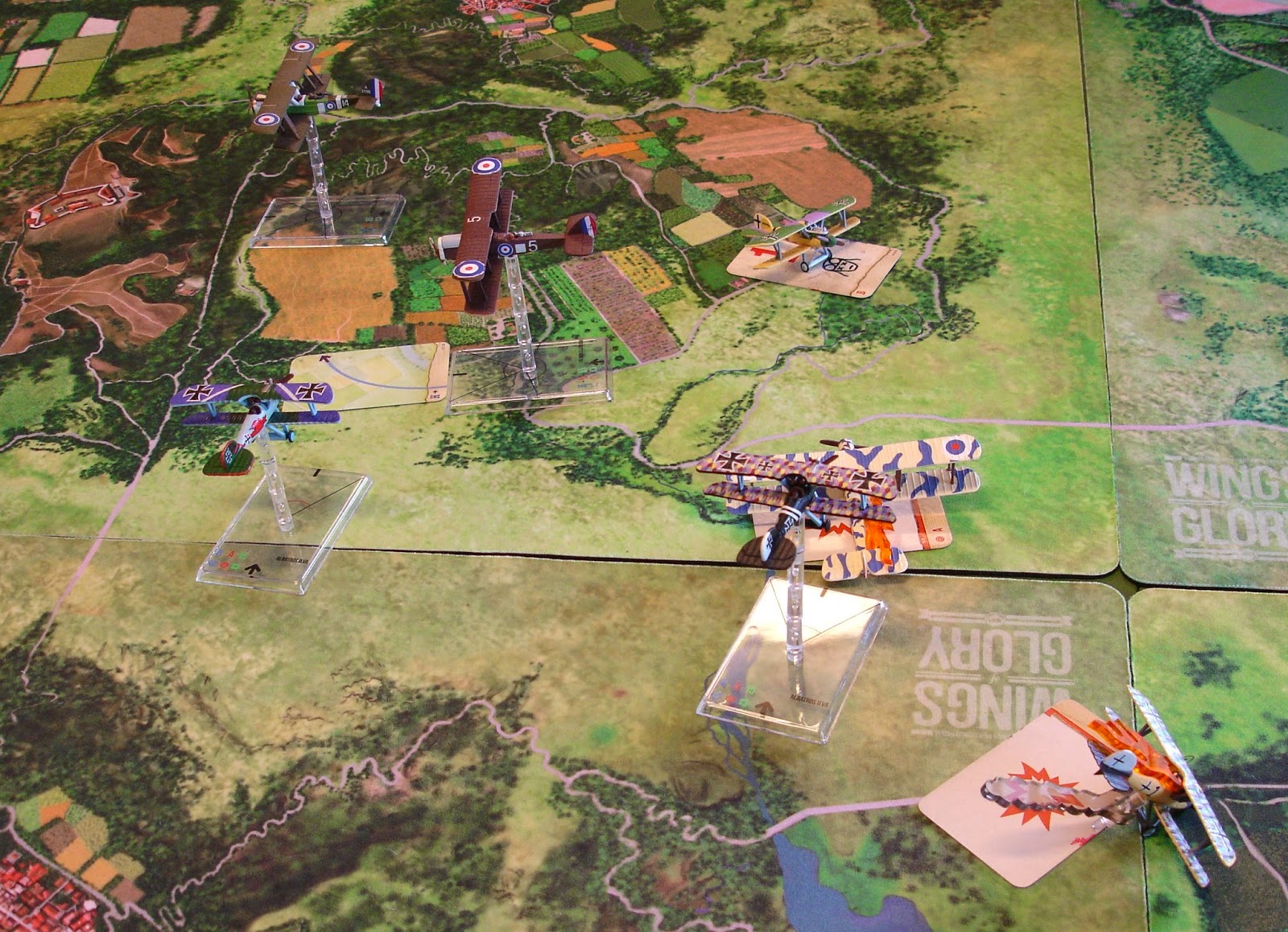 The remaining two bombers approach the target while the flaming Albatross explodes. 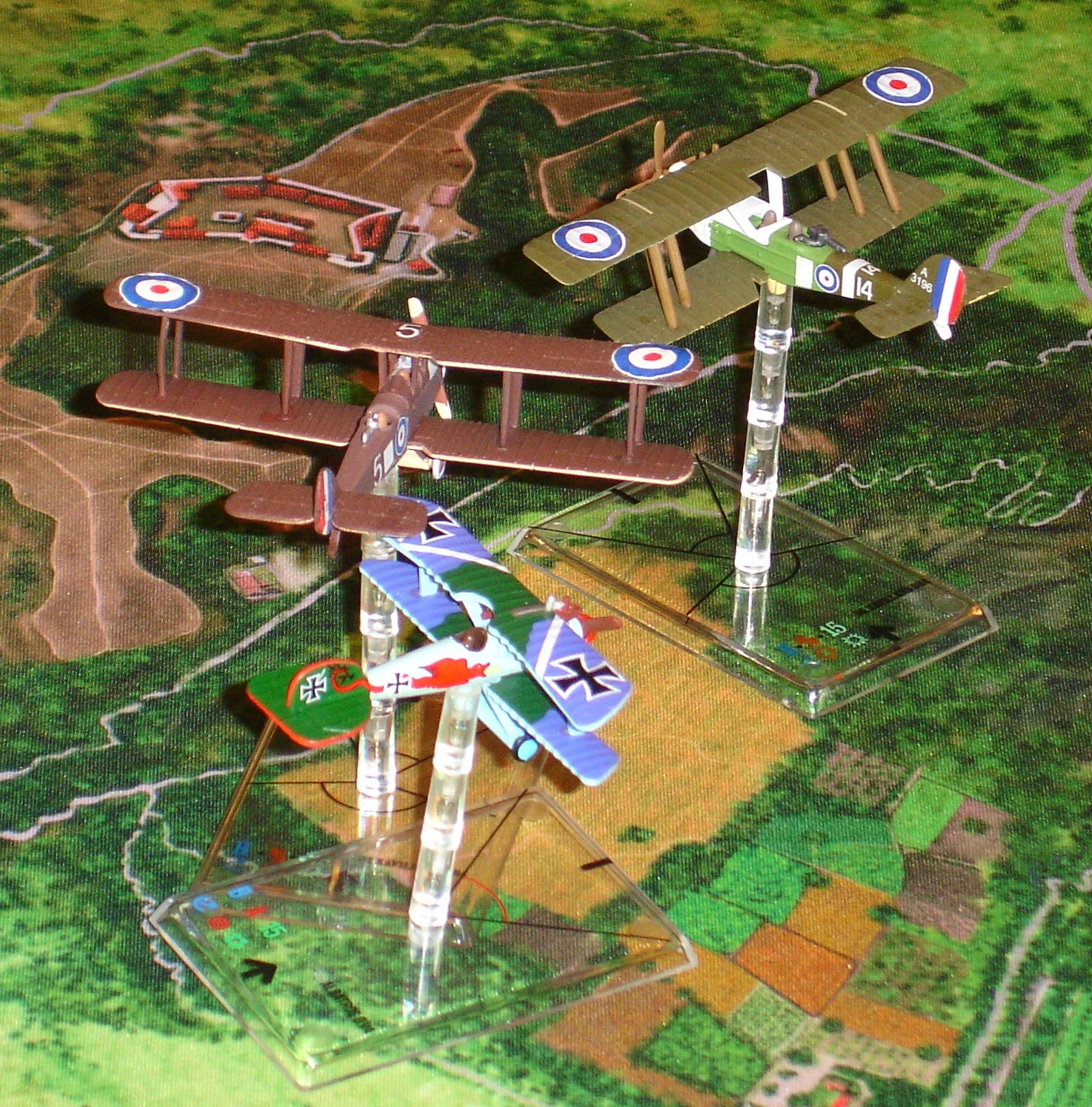 The Hun desperately trying to stop the bombers. 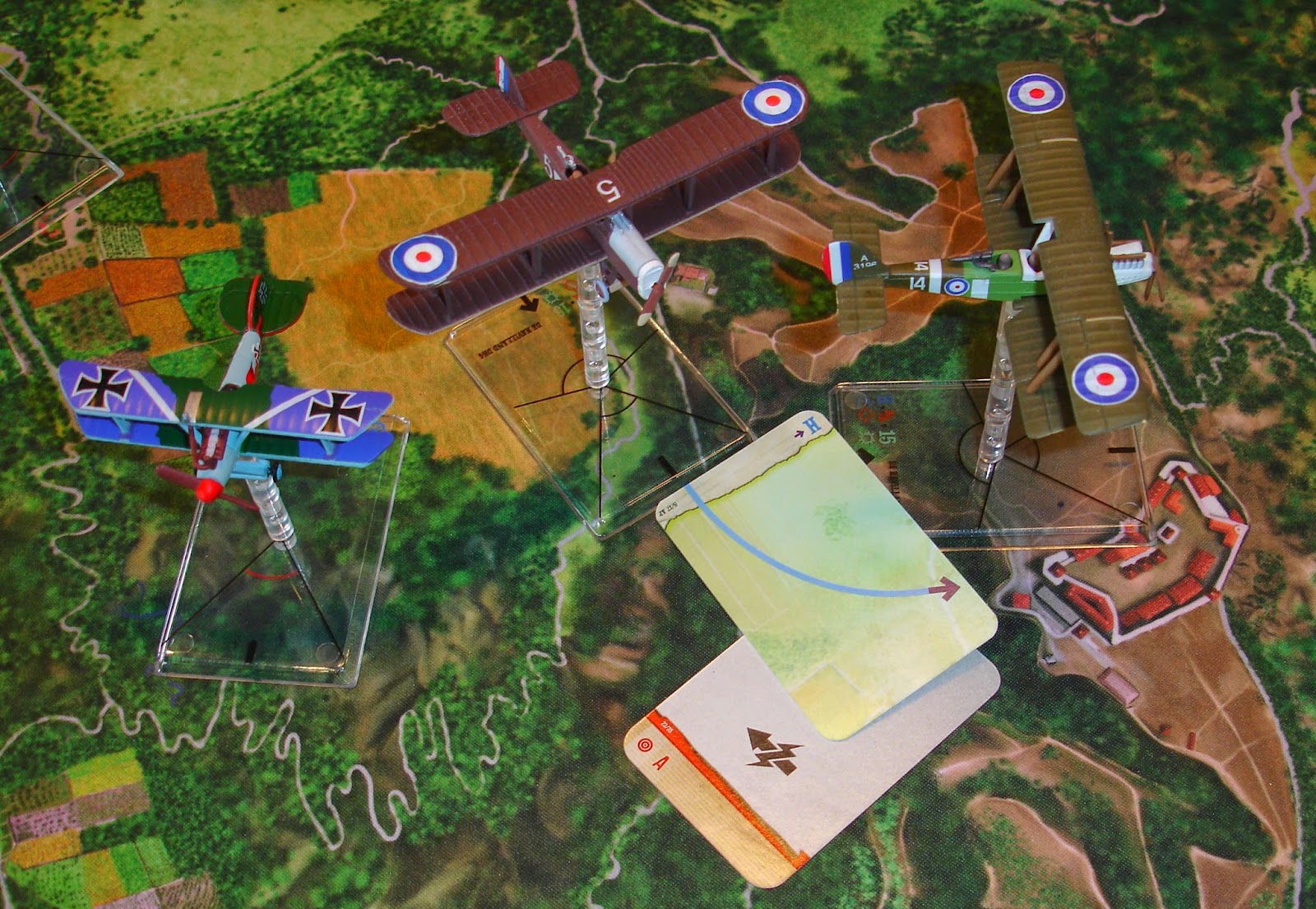 One bomber makes it, but the other has a rudder jam that stops it from turning to make its run over the target.  Doh!

More Albatri arrive while the bombers turn around (no Immelmann turns for them). 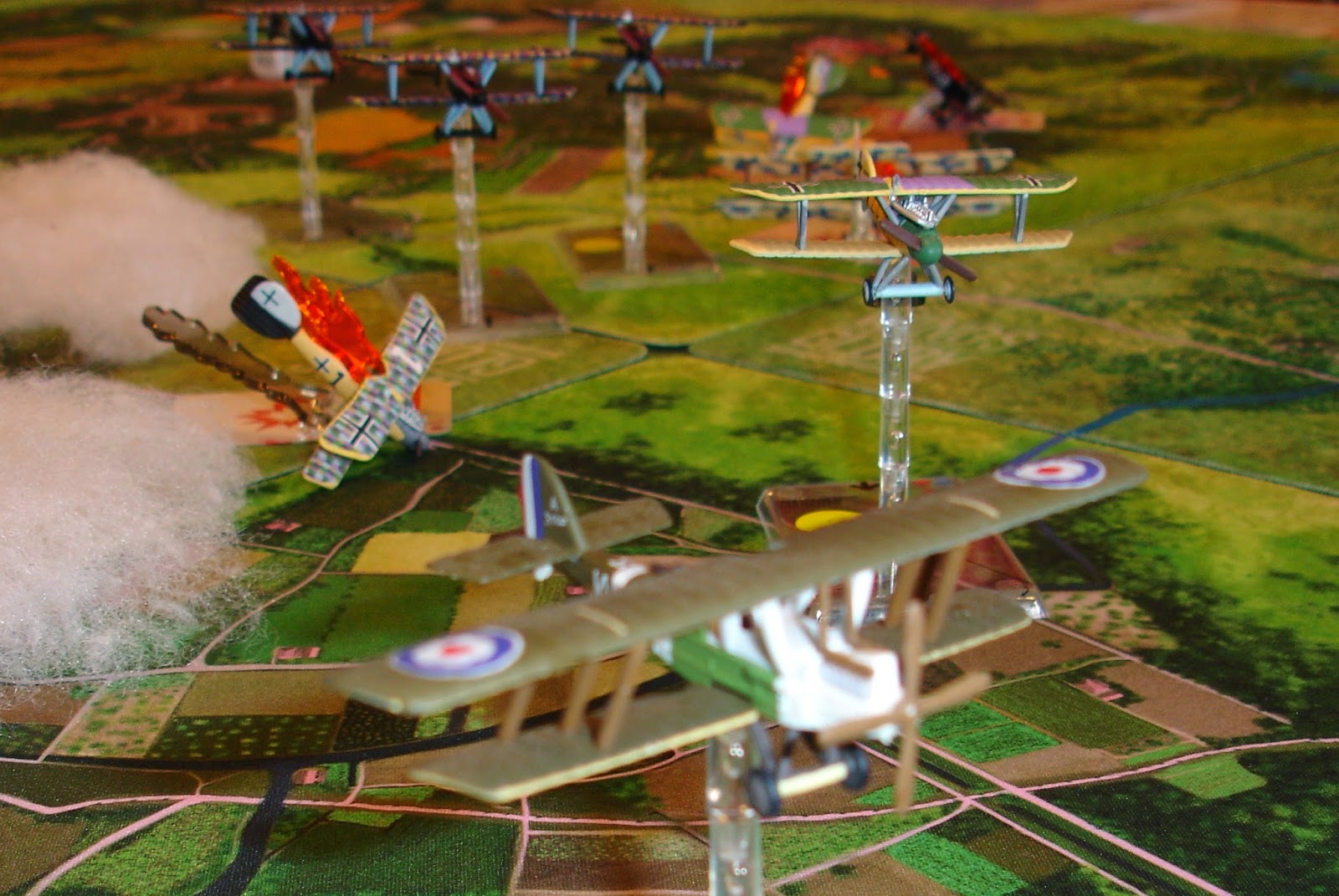 The successful bomber heads for home, but has engine damage, splutter, splutter.  The other bomber made a second pass but its bombs failed to explode.  Double Doh! 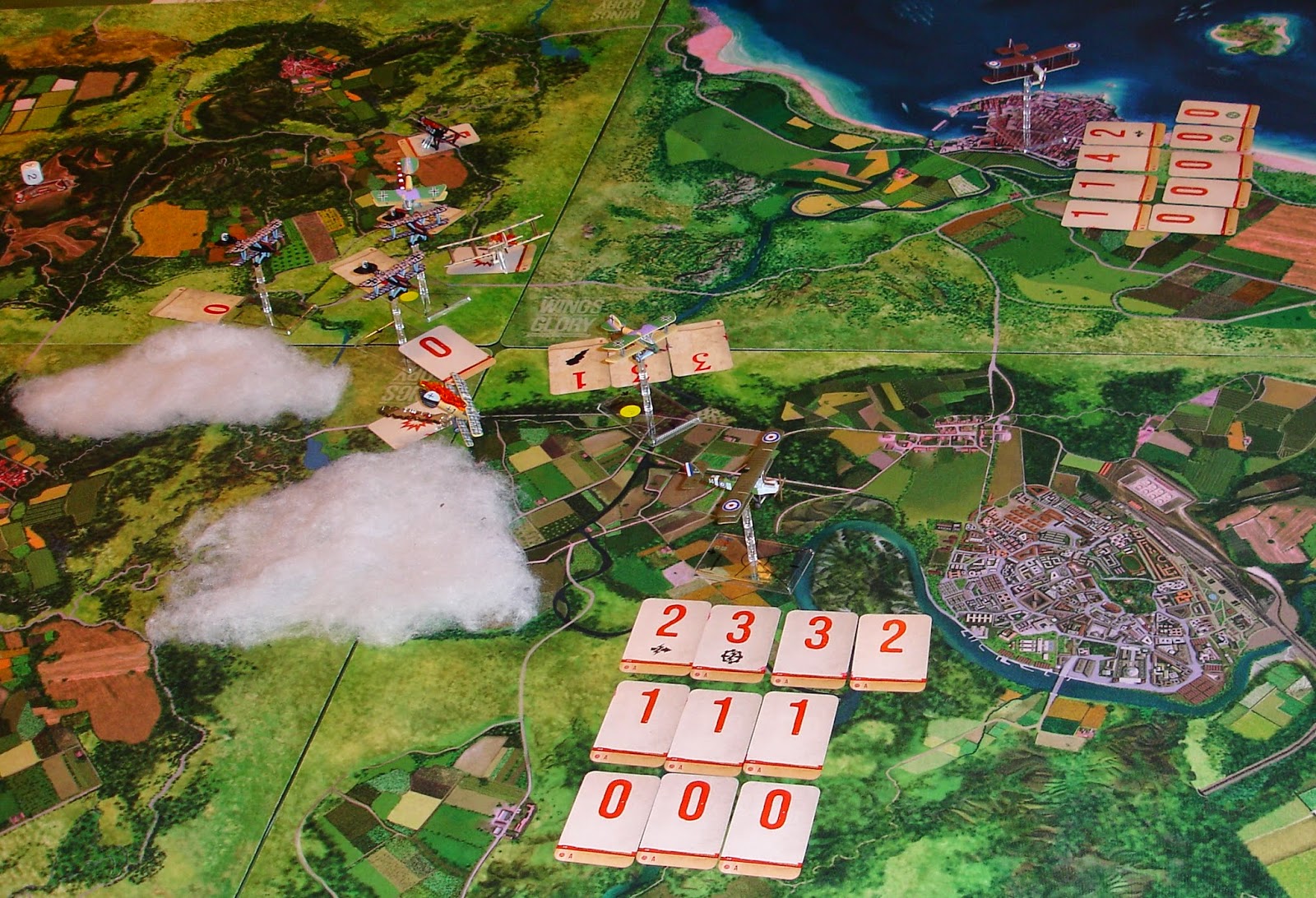