Sails on an Ice Blue Sea

The third game for me at the NWS games day was Sails of Glory, my kit this time, but using a different board, one that we'd found and was done for what I think was some fantasy game (ice orc hockey perhaps?)

This was just the table we quickly populated so as to claim the space for what would be our third game of the day.  Other games being played were a big Impetus game of Sassanids vs Romans, a WW1 game and a game called Slaughterloo which was most disturbing, but looked great 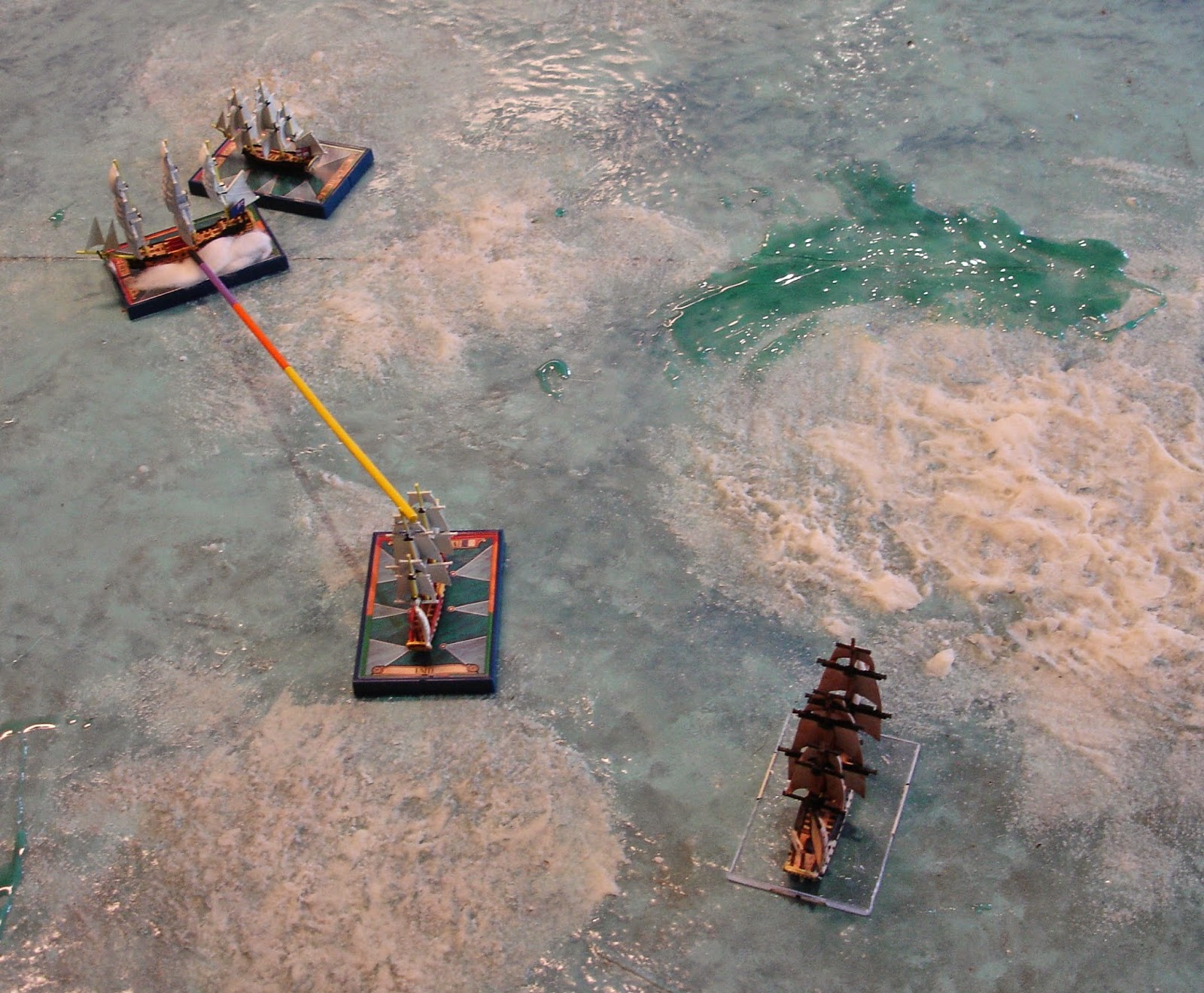 Two ships a side.  I was the British with HMS Vanguard and HMS Trepischore. facing Stephen with the Generaux (the rebased third rate) and a nameless frigate that the HMS Vanguard has just unleashed a devastating broadside on.  Prior to this I'd had some trouble maneuvering my ships and with my revised collision rules, we were dead in the water. 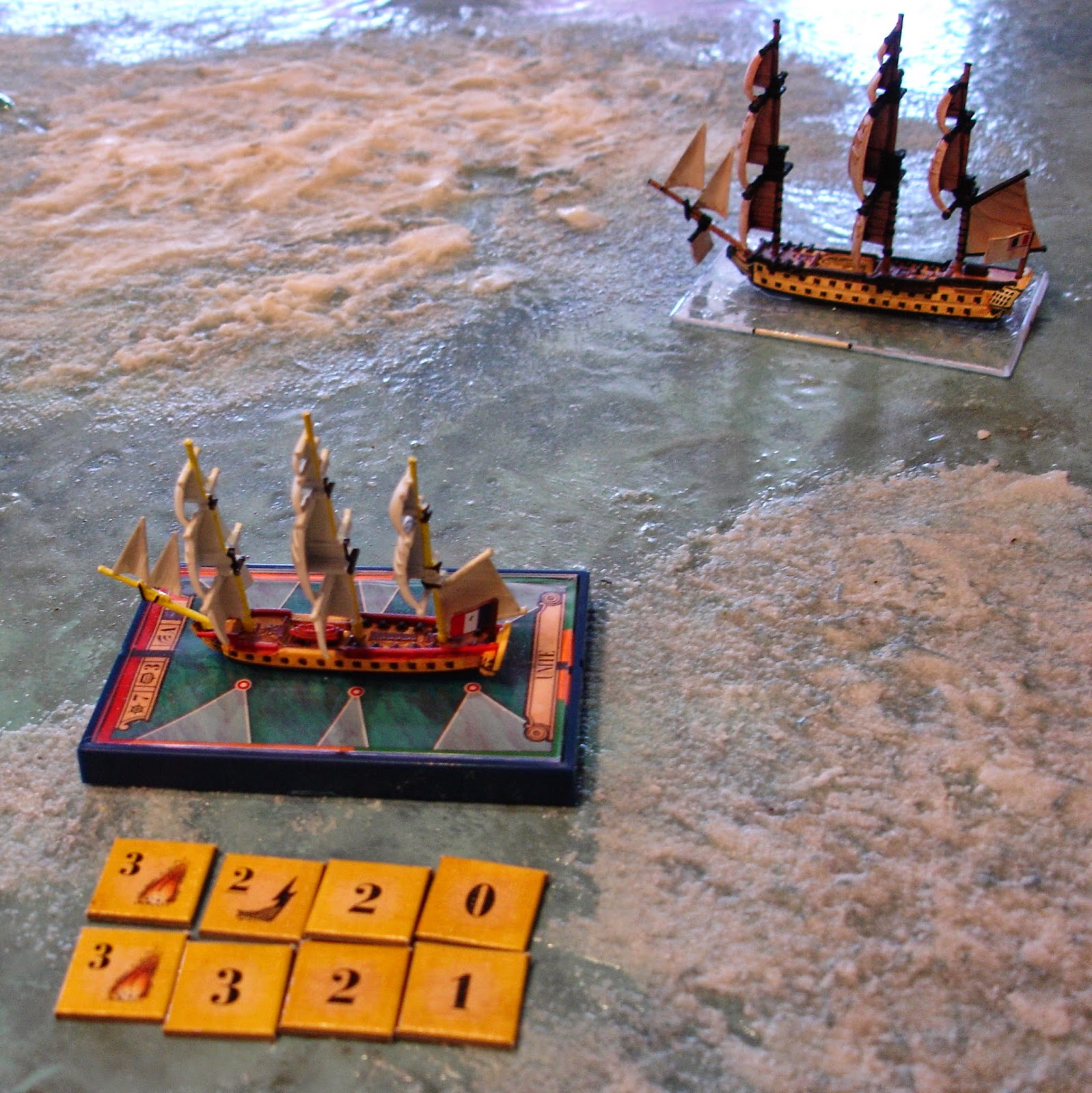 Did I say devastating?  The poor French frigate was wrecked in one go (two fires and a leak are very bad news).  Never seen that happen before.  We had deliberately left the First Rates out of the game as they are bad news for frigates. 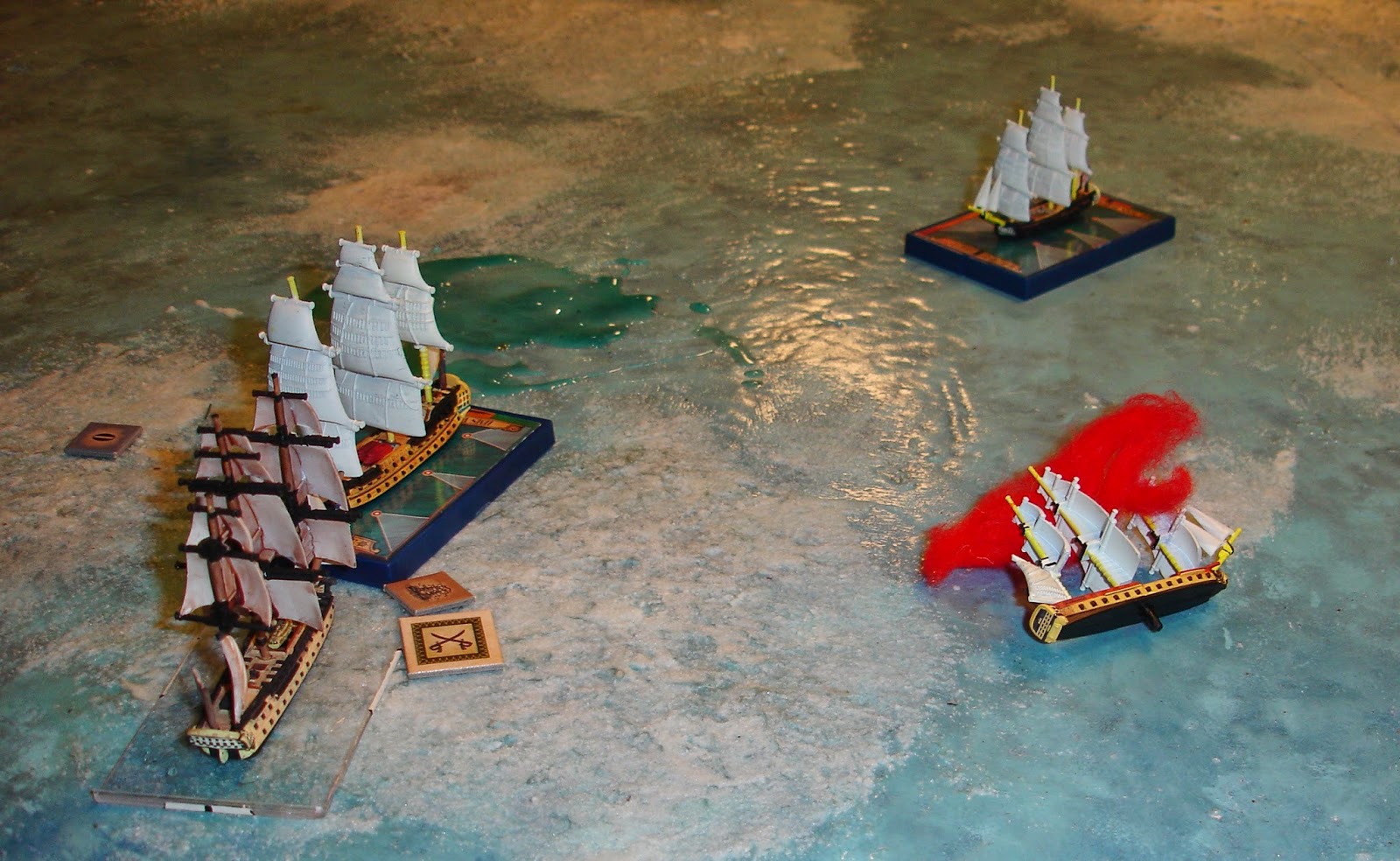 We sailed around and ended up coming in bow to bow.  Entanglement ensued and I chose to board.  I had worked out the Generaux was loaded with double shot and had superior musketry to the HMS Vanguard.  Sadly boarding took its toil and my crew withered to such an extent I was forced to strike my colours.  My frigate scarpered.

Email ThisBlogThis!Share to TwitterShare to FacebookShare to Pinterest
Labels: Napoleonic, Sails of Glory